Since I recently talked about Halloween Returns, it’s only fitting that I jump from one major horror franchise to the next—Friday the 13th. To be a little more specific, Friday the 13th: 3D written by Nick Antosca who created Channel Zero, which you can currently stream all four seasons of on Shudder.

Friday the 13th: 3D was written (and eventually canceled) in 2015, and it only ever got to the first draft, according to Antosca. During an interview with Bloody Disgusting, Antosca talked a little about what happened. He went on to say, “I heard various things — Paramount changed their mind about the ’80s setting, they wanted more mythology. Also, there was some corporate changeover in the ranks there, and the people who were in charge when I was hired were no longer there. The new folks may have wanted to put their own stamp on it. It happens. I was curious to see the version they did make, and I was disappointed when that fell apart too.”

I know what you’re thinking, and yes, the movie was originally planned to be set back in the ’80s. Taking place in 1988, it would’ve moved the franchise back to its original home in the ’80s and would’ve brought fans a sense of familiarity and comfort.

Antosca also wanted to make a very familiar, classic Friday. In the same Bloody Disgusting interview, he said, “We just wanted to make a classic Jason movie, with kids at camp who get slaughtered, and great kills and some characters you actually enjoy hanging out with til they die,” also adding at the end of the interview, “It shouldn’t be that hard to make a Friday the 13th movie.”

I completely agree. A Friday the 13th movie should be a relatively painless movie to make, and for all of the reasons he stated. All you need is a bunch of teenagers at a camp, sprinkle some sex, drugs, rock and roll, a dash of Jason, and finish it off with some creative kills and you’re set. With that said, did he manage to check those boxes and write a coherent, fun, and ultimately good Friday the 13th script?

Living up to the Expectations

Before I answer that question, let’s take some time to contextualize things. No matter how much I personally liked the 2009 remake, it wasn’t exactly perfect. The characters were pretty terrible, the dialogue was laughable, and other than the first 20 minutes, it had no scares. It was the safest you could’ve been with bringing Jason back to the big screen, and although I had fun with it, I can see why a good portion of fans didn’t. I think the biggest problem with the remake, though, was that it didn’t really feel like a Friday the 13th movie. There’s a certain feel to capture when making a Jason movie, and the remake never quite encapsulated it.

There was pressure there. The fans were expecting a return to form, so to speak. The next outing needs to be a success, or we’d most definitely have to wait another decade for a shot at redemption.

The Foundation Was Solid 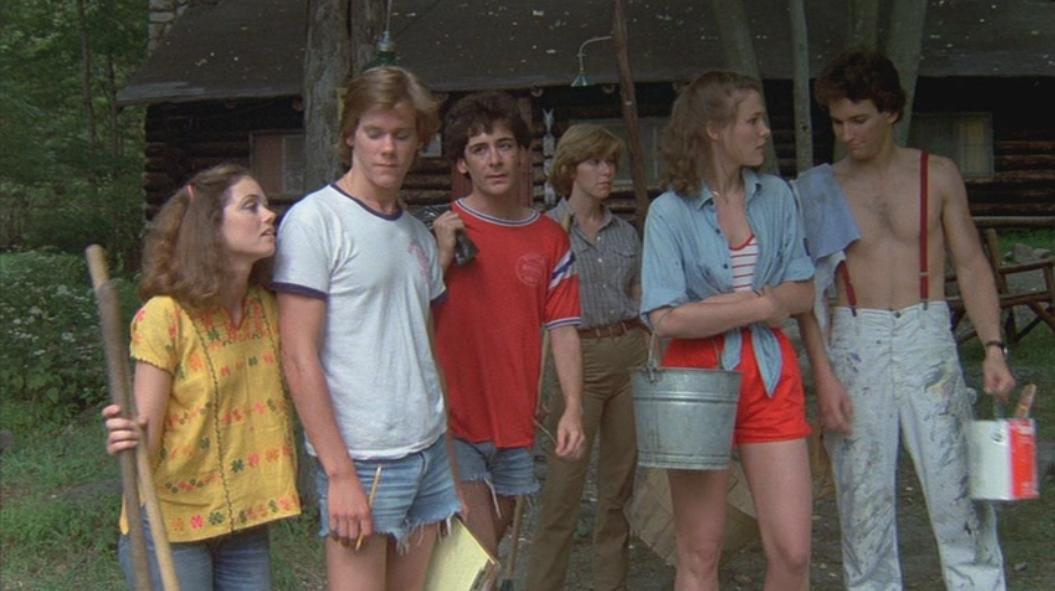 To answer my earlier question: Hell yes. Friday the 13th: 3D is a very well-written, fun, loose, and surprisingly effective script. Nick Antosca does a great job of making a point to never fully reveal Jason until all of your internalized suspense is about to burst, making for a goosebumps-filled reveal. Jason is, for the most part, scary again. Never have I felt that way since I first watched Friday The 13th: Part II.

What makes Jason scary are the little things. The stalking, the figure, and mostly the running. Yes, Jason runs in this one. Not in a jogging way, either. It’s written that Jason “full-on sprints” at the teens in this, and it makes me giddy like a child. Jason is hidden in shadows, camera angles, and behind the back shots for most of the read, and it really helps build up that tension that’s been sorely missing from the franchise.

The setting is also a very interesting one. It technically takes place at Camp Crystal Lake, but it’s a different Camp Crystal Lake. See, the original camp is on the other side of the lake. It’s been abandoned after Pamela Voorhees killed all of those counselors. The way the backstory is set up is a little easy, but what else could you do with it? It worked and it got the script moving forward.

At the start of the script, there’s a page dedicated to naming and describing all of the characters. They are as follows: Kevin (the awkward smart kid), Brad (Kevin’s brother, and the “Golden Retriever”), Amber (the straight-A student), Sloane (the cynic), Vanessa (the goddess), Greg (the smart immature jock), Kirby (the religious girl/virgin), and Wes (the resident stoner). These are really all the main characters—other than Jason, which Antosca refers to as a “nice guy.” Fair enough.

Speaking of characters, the characters are definitely my favorite part of the script. They’re charming, fun, sarcastic, and they feel real. As I read, I cared more and more about them and their problems, so that when it came time for them to die, I got genuinely upset to see them go. I think that right there is a very overlooked aspect of a slasher movie. Great characters can make any killer all that scarier. Nick Antosca really nailed it on that front.

It Would’ve Been a Top Five Entry into the Franchise

The characters alone would’ve made it a very-well regarded entry into the franchise, but it’s the whole package that matters. The kills are mostly creative, and it doesn’t get overcomplicated in scope. If I remember correctly, it was mostly based on the first four movies in the franchise, and Nick Antosca leaned more toward a supernatural Jason, which is the way to go.

There are way too many great scenes that Antosca sets up for this entry to bomb. The humor is on point. There’s a point early in the script when the kids go to the old Camp Crystal Lake and a character named Greg has, well, some choice words for Pamela. It’s very crude and sophomoric, but it just works. Greg is always messing up Pamela Vorhees’ last name, at one point calling her “Mrs. Vorzlesghle”. Yeah, try to pronounce that.

The script moves slowly at first, and the action doesn’t pick up heavily until around the page 60 mark. That could be a negative to some, but I had so much fun with the characters that I didn’t mind the wait. And, boy, was it worth the wait. When things get going, they really get going. Nick Antosca floors it, and the third act is all the better for it. It’s action-packed, kill-crazy, classic Friday fun, and the deaths are great.

On that note, I had no idea who was going to survive. I thought I did and then when one of the characters I believed was a survivor died, all bets were off. That added a great sense of uncertainty that I don’t think I’ve ever gotten from a Friday flick. It kept me on my toes, which, in turn, naturally adds to the suspense, and effectively making Jason a lot scarier than normal. Jason is an absolute monster in this. There’s plenty of times when Jason just goes crazy and kills seemingly without any effort  at all. There are two major moments: one where the kids fight Jason in a local’s house, and another when Jason goes on a full-on rampage with a bone saw while getting shot at by police. It’s brutal, it’s bloody, it’s fun—it’s Jason.

Jason also “dies” multiple times in the script. And as Sloane recognizes later on, every time Jason is “killed,” he only comes back angrier and stronger than the last time. The mythos was carefully cherry-picked and cherry-picked correctly. I think all of the things that make the franchise interesting are included in the script and put on show like a visual museum.

Lastly, there’s a little post-credit teaser that’s set up at the end of the script after the final showdown. Guess what it is? A sequel during winter. That’s been a request from fans for years at this point, and it’s a damn shame that this project was canceled because I would’ve gone several times to go see that sequel sheerly based off of the setting alone. Great teaser, great script.

Overall, Friday the 13th: 3D is an immensely fun and fresh take on the franchise. While not reinventing the wheel, it takes all of what works with the Friday series and highlights them with confidence. It’s a shame that Nick Antosca’s take on the famed franchise got canned, but it’s always a great experience to go back and wonder about the “what if” of certain situations.

I’d highly recommend checking the script out if you can and let me know your thoughts either via a comment on this article or on Twitter.

More From: Friday the 13th