Time travel is a tricky thing. It can illuminate the answers you’ve longed for your whole life, but it can also make you question everything you hold dear. For Alex Drake in Ashes to Ashes both things are true.

If you’re watching Ashes to Ashes for the first time on Netflix, I’m envious of your journey back to the 1980s. I watched it for the first time about seven years ago, and Keeley Hawes’ portrayal of the confident and caring DI Alex Drake has been under my skin ever since. For the unaware, Ashes to Ashes is a sequel to Life on Mars. In both stylish shows, modern-day British cops get into deadly accidents and are sent back in time, where they must solve a mystery from their past and hopefully get back home. In Life on Mars, DI Sam Tyler (John Simm) gets hit by a car and travels to 1973 and back.

(Not The) Same Old Scene

For Alex Drake, it’s a gunshot to the head that takes her back to 1981, where she discovers all the people Sam Tyler talked about (upon waking from a coma) are real. At first, Alex might seem like a stand-in for Sam. She’s the audience’s connection to the present, signalling both nostalgia and outdated beliefs, which DCI Gene Hunt, aka the Guv (Philip Glenister), holds in abundance. But Life on Mars felt more like a lad’s show, as the crime-solving team was mostly men and fast cars with sweet softer female characters rounding out the cast.

Alex isn’t soft. She’s incredibly smart and well-spoken and she often calls Gene Hunt out on his bullsh*t in ways that Sam didn’t and couldn’t (from a feminist perspective). She plays an integral part and often adds differing psychological perspectives when solving cases over the course of the show’s three seasons. Hours after landing in 1981 (dressed like a fancy prostitute) she’s nicked someone’s blazer, she’s feverishly graphing out what could be psychologically happening to her and figuring out how to wake up, and she’s verbally sparring with Gene. The two squabble so much, the other team members, including Ray Carling (Dean Andrews) and Chris Skelton (Marshall Lancaster), often call her “Boss” or “Ma’am.” Over the course of the series, the team’s respect for Alex flourishes, and the very modern Alex and un-politically-correct Gene settle into an unlikely work partnership, with simmering chemistry that would make Mulder and Scully blush.

Alex also takes Shaz Granger (Montserrat Lombard) under her wing and encourages her when the Guv or the other guys put her down. In Life on Mars, Annie Cartwright (Liz White) served as Sam’s love interest and added a sweetness to an otherwise gritty series, but she never seemed to step out of line or want more. Shaz, on the other hand, is smart, if a bit shy, but she’s left to mundane clerical duties or fixing cups of tea. Thanks to Alex’s tutelage, Shaz is able to come out of her shell and the Guv ends up promoting her in the long run for her fearless work, sometimes in the face of great anxiety or physical peril. 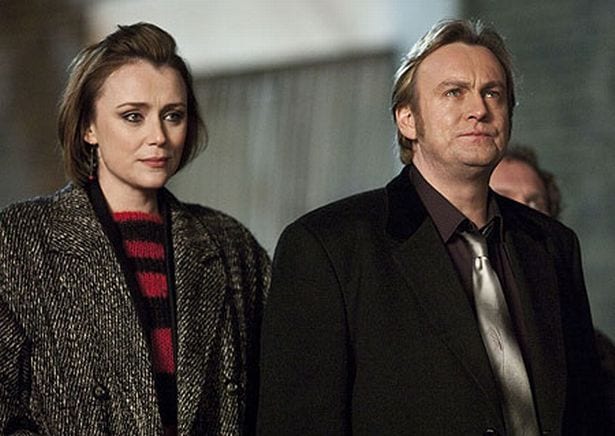 At the heart of the three-season series is Alex’s desire to get home to her daughter Molly. In 1981, she faces solving her parents’ murder head-on, hoping it will unlock a literal way home. Unfortunately, it brings up deep secrets and childhood trauma she thought she had put away, only to find out people she trusted her whole life had betrayed her. The following year, she meets Martin Summers (Adrian Dunbar), a fellow cop who, like Sam, has traveled between the past and present. He pits Alex against Gene in her journey to awakening in the real world, which does come to pass after Alex is shot in 1982.

The dream logic (is the past in the real world or is it more like the waiting room in Twin Peaks?) deepens in the third and final series when Alex wakes up back in the past, which is now 1983, and she tasks herself with finding out what really happened to Sam and Annie. Every twist and turn finds her growing physically closer to the Guv, but she’s trusting him less, thanks in part to Jim Keats (Daniel Mays), who has shown up to investigate Gene’s enthusiastic law bending from the previous season. Alex and Gene’s slow-burn relationship singes the very edges of the season and makes it hard to not binge the series again.

In Life on Mars, Sam’s journey was fairly straightforward. He felt more at home in the past and decided to go back (and died in the present because of it—in one of the most oddly joyful jumps off a building you’ll ever witness in any form of media). For Alex, she’s been slipping in and out of both worlds in all three seasons so when it comes to the final reveal of where she really is and what that means for her and her daughter, it’s a mental gut punch but also a huge emotional relief knowing that in the end, Gene was able to keep her safe, in his own Starman sort of way.

When I cosplayed Alex Drake a few years back, I noted that the color red is woven through her wardrobe, especially with her shoe choices in the opening and closing episodes of the series. I often liken her journey to Dorothy’s in The Wizard of Oz, minus clicking her heels three times to get back home. But red is also a color that represents passion and life. Alex Drake remains one of the most confident female characters I’ve encountered in any show, and it’s all down to Keeley Hawes’ brilliant performance. She makes Alex so sure of herself, completely comfortable with herself in a vast array of situations, while she’s also not afraid to question, ache, or mourn what was. Ashes to ashes, funk to funky…