Revisiting Shirley Jackson’s writings during a pandemic has been a bizarrely comforting experience. In The Haunting of Hill House, her protagonist is isolated with a group of strangers in a decadent mansion, towards which she feels an inexorable pull. In The Sundial, family and staff of the Halloran household are confined to their lavish dwelling while they prepare for the end of the world to arrive. Jackson, who was agoraphobic, possessed a heightened perception of the belongings and emotional baggage that surrounds the buildings we inhabit. Under her pen, hats, broken pots, dirty dishes—objects so ordinary that we do not normally blink an eye at them -become menacing talismans of dread. She wrote numerous novels and hundreds of short stories of mesmerising intrigue, so it is an intimidating task to distil the spirit of such a writer on the silver screen. Jackson’s narratives have been reimagined many times, but 2020 is the year that Shirley as author makes her cinematic debut.

Josephine Decker’s film adopts a novel approach to Jackson’s life. Instead of adapting one of Jackson’s autobiographical works, My Life Among the Savages or Raising Demons, Decker bases the narrative on a fiction of the author’s life written by Susan Scarf Merrell. In a lecture entitled Garlic in Fiction, published in 2015, Jackson talks about how important symbols are when creating a character. She asserts that characters are made up of sets of images that merge and grow as the story progresses. This encompasses the manner of speaking, music that plays in the background or an item of clothing. She goes on to say that it is essential for creative directors to pinpoint which symbolic aspects best define the protagonist and, if this is achieved effectively, the characters become personas separate from the writer’s mind. In this sense, Decker manages to transform Shirley-as-author into Shirley-as-character. Instead of following a linear retelling of her life, the film constructs Jackson’s personality layer by layer through evocative scenes which display the idiosyncrasies of her behaviour and her immediate household; all entangled in a spider’s web of references to her novels and short fiction.

We are introduced to Jackson (luminously played by Elisabeth Moss) when her career has just taken off. Her ‘thrillingly horrible’ short story The Lottery has just been published and she is hunting for ideas for her next novel. Jackson arrived at many of her narratives by gaining inspiration from the inhabitants of Bennington, Vermont, where the film is also set. In Shirley, Jackson is childless and is living with her husband, Stanley Hyman (Michael Stuhlbarg). Hyman spends his time midway between Faculty parties and lecturing at Bennington College. In contrast, Jackson is morose and housebound, making mordant cracks at her partner’s expense and snapping at anyone who enquires about her writing.

The couple’s routine is uprooted when newlyweds Rosie (Odessa Young) and Fred (Logan Lerman) are invited by Hyman to stay in the household. While Fred haggles for a position as a lecturer in the college, Rosie is entrapped by the mysterious and fascinating web of Shirley’s personality. Mealtime conversations, which is where tensions are often fraught in Jackson’s works, are brilliantly translated visually in the film. Moss’s portrayal of Shirley holds nothing back, immediately questioning Rosie about her ‘shot-gun wedding’ and her recent pregnancy. It is worth noting that Jackson’s son, Laurence Jackson Hyman, maintains that, while highly entertaining viewing, the real Shirley Jackson would have never had such an ill-mannered outburst at the dinner table.

However, as Shirley gets to know Rosie better, she becomes gradually enchanted by the younger woman’s beguiling naivety and realises that she is the perfect inspiration for her new book, Hangsaman. Whereas we do not know to what extent Rosie is a character based on reality, Decker intertwines her storyline with the disappearance of Paula Jean Welden, a student at Bennington College who disappeared without a trace on a hiking trail in 1946 and whom the real-life Jackson used as a parallel with the novel’s protagonist. It is a bold move on Decker’s part to use Hangsaman as the central crux to the movie’s unwinding, as it is Jackson’s most experimental and psychologically complex novel.

Whereas audiences might expect the film to hinge on the unflinchingly cruel story of The Lottery or the eerily disquieting plot of The Haunting of Hill House, the movie explores the crippling anxiety of a college student, Natalie Waite, who feels invisible in her world from Hangsaman. It follows her unnerving coming-of-age trajectory. Overshadowed by her father, a mediocre writer who has aspirations beyond his talent, Natalie navigates the murky waters of university life, from spoiled students to miserable faculty wives. At the core of this undervalued novel lies one of the central themes of Jackson’s works: the descent into madness of the invisible woman. 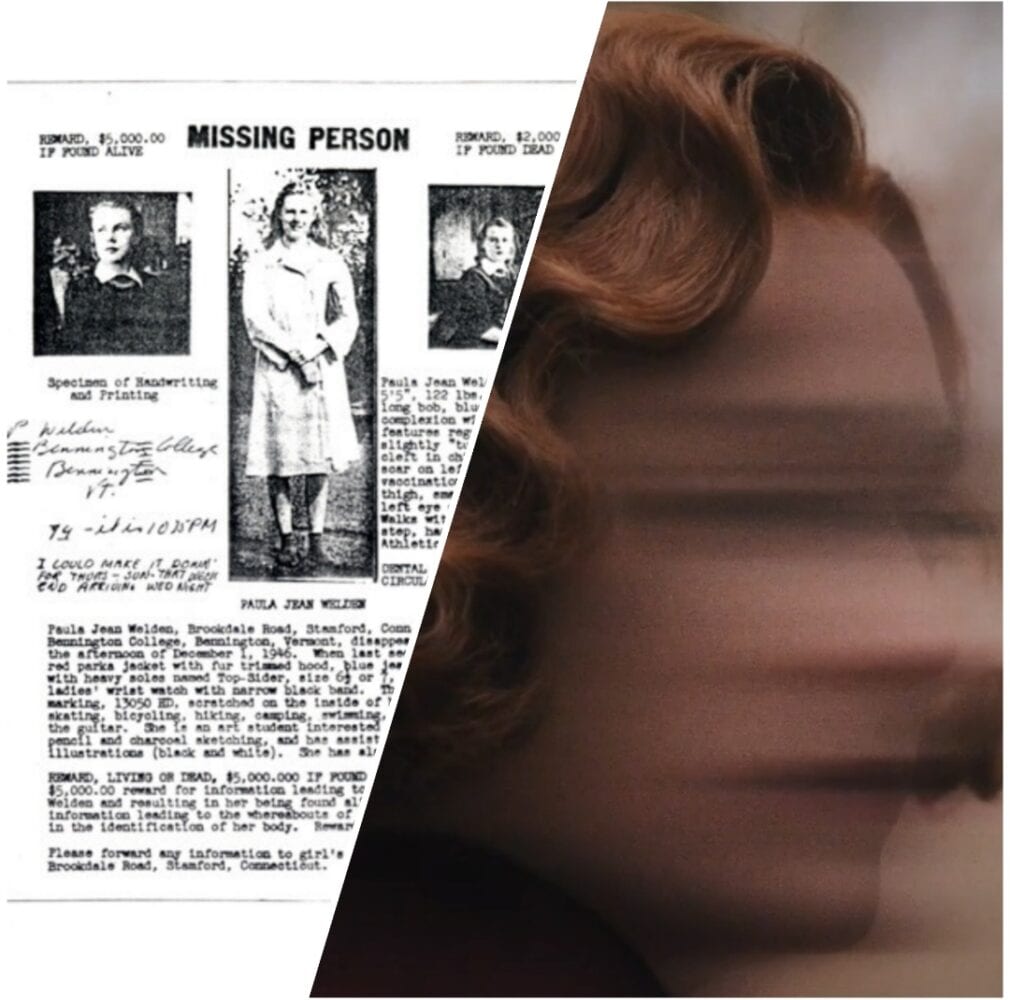 Shirley Jackson touched upon the theme of the invisible woman many times in her short stories. In The Missing Girl, she narrates the disappearance of a girl scout, and the town’s inability to track her down as none of her peers remember what she even looked like. This idea is further taken to an extreme in Louisa, Please Come Home, where the titular Louisa runs away from her family and is so successful in vanishing entirely that, when she returns, her family do not recognise her. In Decker’s film, Rosie acts as a symbol of Jackson’s ideal of the unobserved, imperceptible woman.

Married to an aspiring professor whom Hyman and Jackson dub as ‘mediocre’, Shirley immediately picks up on Rosie’s fragility that stems from the dissatisfaction of leading a conventional life. The author uses her muse as a pawn, asking Rosie to retrieve documents relating to the missing student and to investigate her disappearance. In a pivotal scene, Shirley artfully tricks Rosie into believing that she has eaten a poisonous mushroom only to reveal that it was edible all along.

Hangsaman serves not only as a backdrop to the plot, as Decker also weaves its themes into Shirley, to the point where Natalie’s loss of sanity spreads to both Shirley and Rosie. In the film, her instability and vulnerability is made most manifest through the inclusion of Shirley’s conflicting relationship with academic life. Stanley Hyman regularly cheated on his wife, under the pretence of living a bohemian life. Jackson knew all about her husband’s dalliances, as he regularly wrote letters that disclosed them to her.

The movie alludes to this tension by having Stanley dangerously flirt with Rosie and other members of the faculty. In one of the most disturbing sequences of the film, Jackson is set to attend an important college party. A brilliantly intimate scene shows her trying on a new skirt for the occasion, where she breaks down onto the floor in the changing room and needs the help of Rosie to prop her up and show her how good she looks. Later, when the party is in full swing and the guests are outside watching the fireworks, Jackson confronts one of her husband’s lovers, who compliments her on her new skirt, by spilling an entire bottle of wine on her couch and hissing at her. 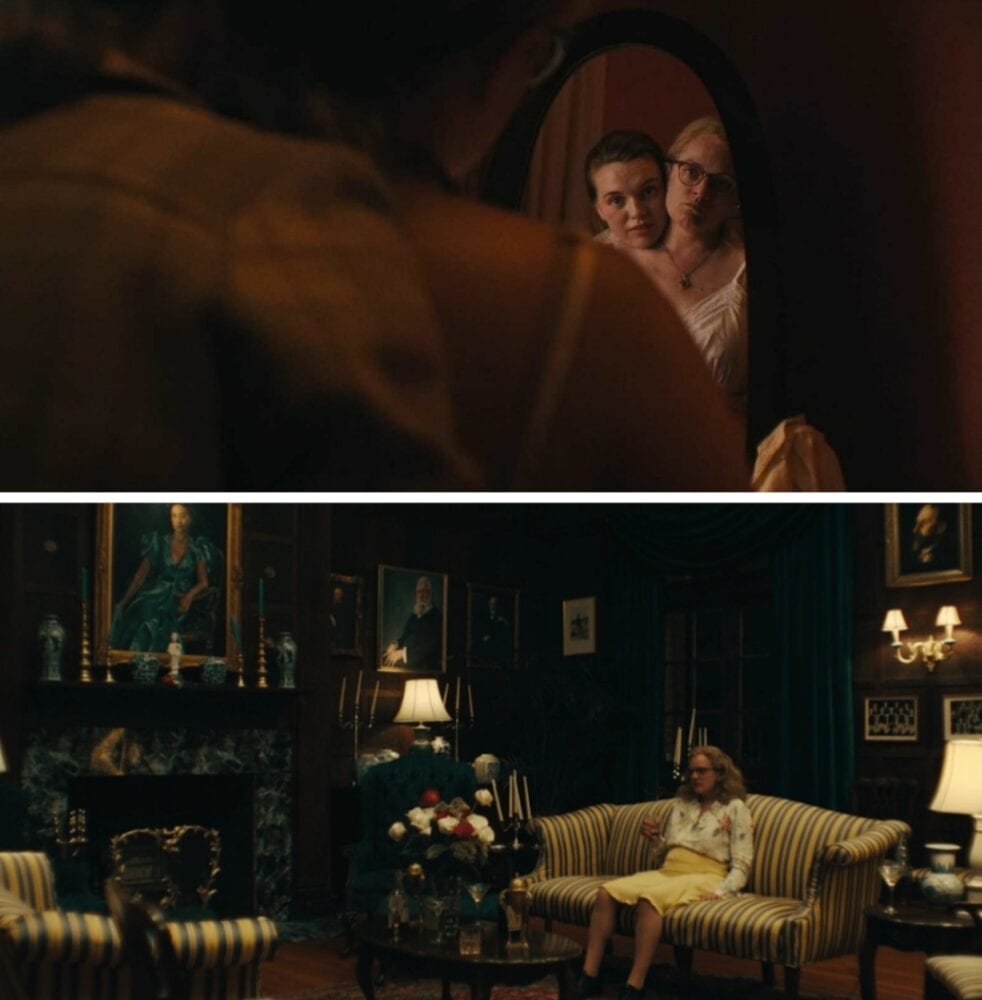 Some of the most fascinating imagery from Decker’s film derives from the relationship between Shirley and Rosie. Whereas Stanley’s affairs with other women are explicitly mentioned, it is made ambiguous if Shirley is on the brink of a romantic correspondence with Rosie. Furtive glances, limbs that graze or brush up against each other and erotic hallucinations make up the episodes between the two women. This unresolved sexual tension mirrors the interactions between Eleanor and Theodora in the novel The Haunting of Hill House. Jackson’s style resonates strongly with queer audiences, as she manages to pinpoint the sense of isolation and alienation that occurs as a result of trauma.

In The Haunting of Hill House, Eleanor and Theo are Gothic opposites: the former is a pure and innocent woman, the latter is described as an ‘intoxicating creature who smiles, and wins a world, who nods, and foils the devil’. Throughout the book, the two women share both a physical and mental intimacy, as their rooms are connected between each other, and they both share a link with the paranormal. Decker translates this ghostly bond into her film by adopting a ‘show but don’t tell’ approach to Shirley and Rosie’s liaison. Like Theo and Eleanor, Shirley and Rosie push and pull each other away and it is a transfixing experience to watch how the subtle queer symbolism bubbles to the surface. 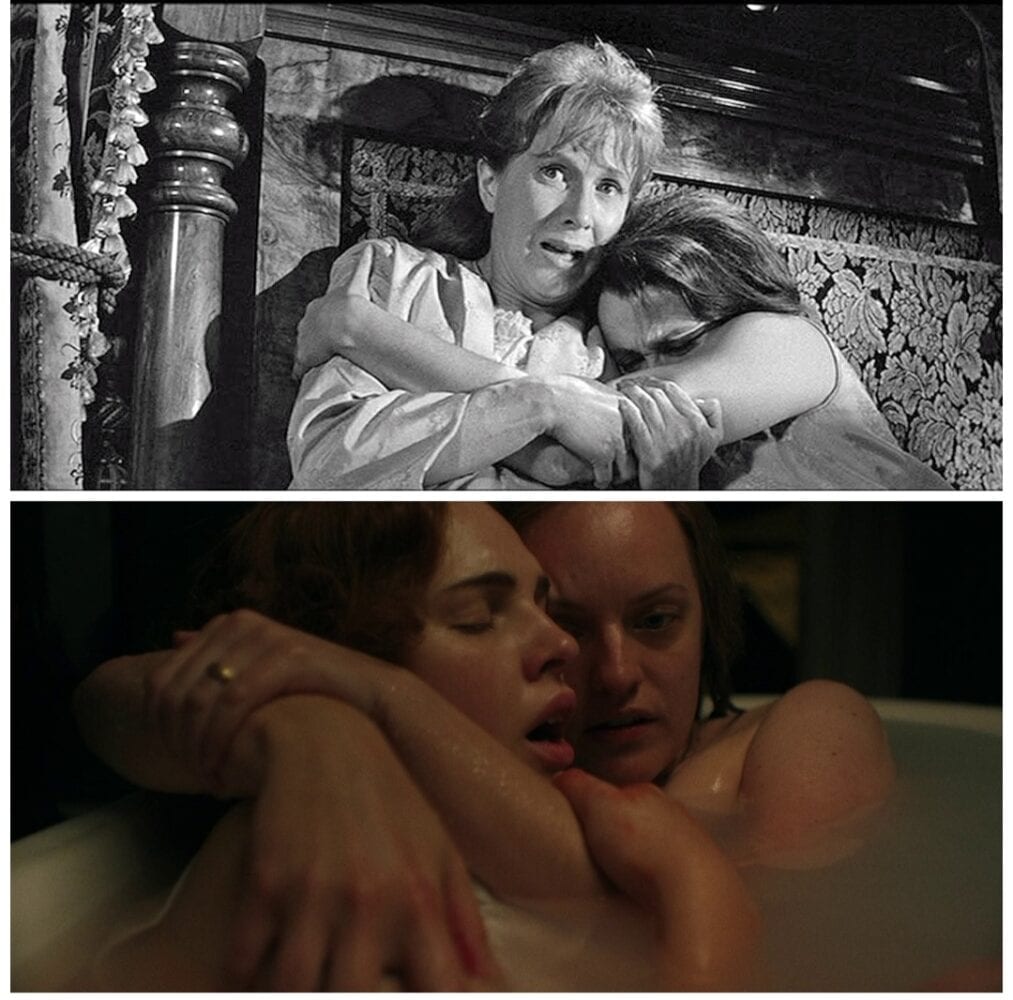 Other strengths of this film are the stunning use of lighting, cinematography and music. A crisp autumnal palette imbues each scene, which reinforces the themes of decay and regeneration. Seeing the interior of Jackson’s house come to life is enthralling, and the film takes full advantage of showing off the objects that make it up, from the green and yellow stained-glass window to a ceramic cow with a flower in its mouth. Fans of Shirley Jackson can enjoy admiring the surroundings and try to spot any references to the household items she so cannily described in her stories (one of the wittiest examples can be found in What I Want to Know Is, What Do Other People Cook With? a story entirely devoted to her favourite spoon). The soundtrack to this film is also worthy of a shout-out. Composer Tamar-kali does an admirable job creating suspense by stripping down the orchestra to a minimalistic use of plucked strings, reflecting how Jackson’s stories were simple in premise but overarchingly complex.

It would be a disservice to this review by not ending with how astounding Elisabeth Moss’s performance is in this film. In several interviews, she has highlighted how she found in Shirley Jackson a kindred spirit, and how she has never identified so much with a character. Coming from the actor who played such monumental characters as Peggy Olson, this is no small statement. Moss gives it her all when embodying Shirley and her unrestrained energy just crackles onscreen. She portrays Jackson oscillating between seething moments of quiet and her quick-fire bursts of emotion.

Shirley is far from a straightforward biopic. It is a praise-worthy attempt to capture the inner-working of one of the most original, bold and uncannily observant writers of the twentieth century. It’s ironic that a movie that centres on an author who was suspicious and cautious of the outside world has been denied a cinematic release and is now housebound to a domestic viewing. Just as Jackson’s narratives provide a haunting twist on the ordinary, Josephine Decker’s film subverts expectations by conflating the author with her works. Jackson once jotted down her feelings about film adaptations of her work, when she was given a private viewing of the cinematic version of The Bird’s Nest. She writes that ‘out of my many conflicting reactions, the only once I can isolate clearly is excitement; nothing so surprising has ever happened to me’. Perhaps Shirley would have been doubly surprised to see that there is now a movie that draws just as much from herself as from her own characters.