Hi folks, I am back with the second part of Unexpected TV Deaths That Made Me Scream at My Screen! You can read the first part here. These are a collection of on-screen deaths that genuinely upset me, haunted me or shocked me. From barely known characters to lead roles, their deaths made a big impact. So, beginning with one of my favourite TV shows ever, the inexplicably cancelled too soon, Carnivale. 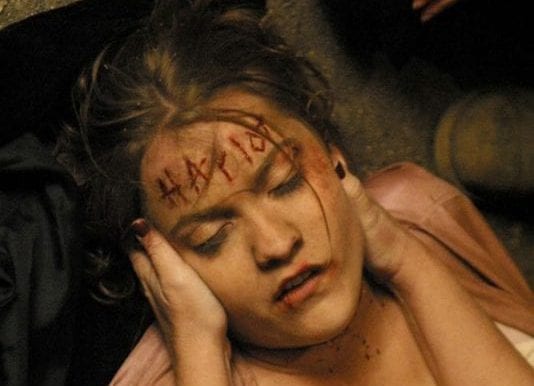 Poor Dora Mae. She’d only had a small part in Carnivale when she met her demise, but how it happened stuck with me forever. The Carnivale changed course on their circuit by order of ‘Management’ and travelled to the ominous town of Babylon. Dora Mae, her sister Libby and her mother Rita Sue were all part of a Cootch dance act, run by the father of the family. Babylon turned out to be a ghost town…literally. The men who came to watch the girls dance enticingly and strip on stage were a menacing gang of expressionless miners who had died in a mining accident. Stuck in Babylon forever, they wanted a woman to keep them entertained. Poor Dora Mae was the chosen one. Hanged from a tree with the word “Harlot” carved into her forehead. When the Carnivale finally left town, Dora Mae’s ghostly face was seen at the bar window, hands of a hundred men pawing at her, taking her without consent. It was frightening and disturbing; the thought of Dora Mae’s soul kept there for eternity for men to do whatever they wanted to. She may have only played a small role, but Dora Mae’s death turned the show on its head, taking it from a good show to must-watch TV. 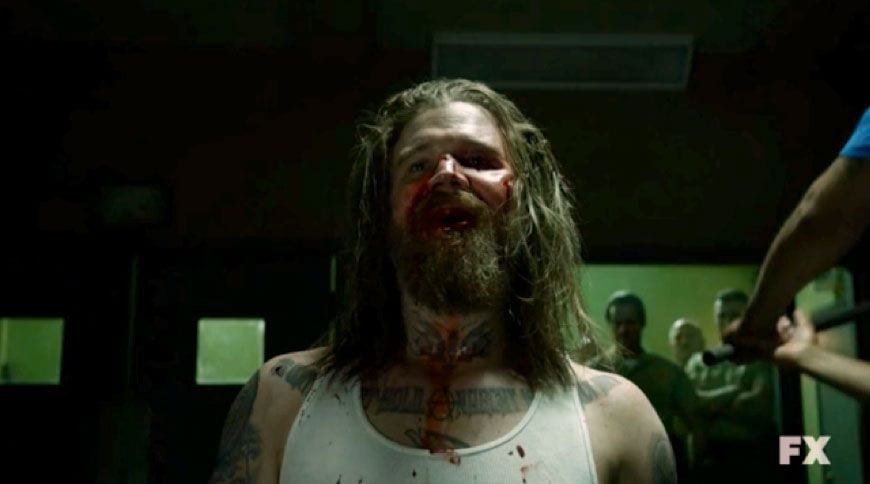 I can’t even. I still tear up about this one. I loved Opie in Sons of Anarchy. He was pretty much the only reason I watched it at first. He was the best friend of Jax, and one of the kinder and more level-headed sons, who had a lot of regrets—especially about his broken relationship with his ex and their child. With some of the Sons behind bars, Jax was given an impossible decision to make by Damon Pope: They must give up half of the club’s coke-muling earnings, and sacrifice one of the Sons. There was no way Jax would ever do that of course, so Opie stepped in and took the decision out of his hands. Opie intentionally started an off-book prison melee that he knew full well would end in his death and the prisoners battered him with pipes while Jax and the other Sons watched on.

Opie’s death was completely unexpected, seriously brutal and killed off one of the most favoured characters in the show. I remember walking away from the television, and into my kitchen for a proper cry—one of those cries where you can’t breathe properly for a while afterwards.