The topic of Bigfoot is definitely an interesting and intriguing topic to any sort of dreamer in the world, I think. The idea that there’s this massive humanoid in the wilderness that’s yet to be confirmed to exist is crazy, yes—but it’s also super interesting and brings out the child in all of us wondering “what if it’s really out there?” With other Bigfoot movies in the mix like Exists and Willow Creek, how does Monstrous hold up? You might be surprised.

When I first saw the trailer for Monstrous, I was grabbed by that little sense of wonder and instantly knew I had to review it. Was it as good as I thought? Did that sense of wonder stay with me as I was watching it? It’s complicated. See, Monstrous has a split personality, which isn’t a bad thing; it’s actually fitting. I’ve wanted to dive back into more indie horror lately, and I have to say that Monstrous was a pretty good film to get a “welcome back” from. 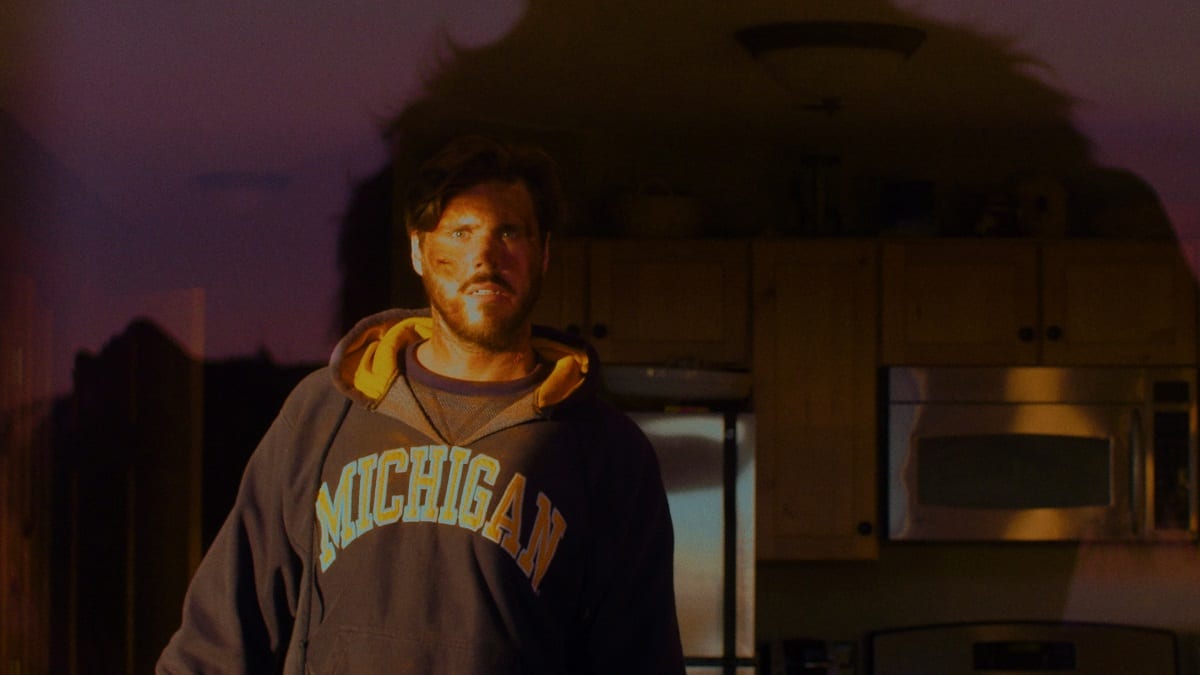 Monstrous is directed by Bruce Wemple and written by Anna Shields, who also stars as the character Sylvia. The movie also stars Rachel Finninger as Alex, Grant Schumacher as Jamie, and Dylan Grunn as Bigfoot.

Monstrous has that small production feel to it right off the bat. It’s a very warm, comfy production feel that I’ve sorely missed from watching indie horror. That doesn’t mean that the movie looks bad because it doesn’t. The quality of the whole production is solid, right down to some pretty impressive gore effects that, honestly, I didn’t expect to see after realizing that Monstrous isn’t a creature feature—it’s a thriller.

The story is a little muddy to explain, but here’s my best shot. Sylvia and Jamie’s friend Dana went missing a few years earlier after accepting a Craigslist ad for a ride up to another town that was posted by somebody named Alex. Jamie thinks that Alex is a girl and vice-versa, so Jamie plans to use that to his advantage? He also asks Sylvia to come with him and she declines at first, only to accept it later that night. When Sylvia arrives at the meeting spot, she gets a call from Jamie saying the plan is off. She tells him that she’s still going and that she thinks Alex might actually be a woman. Jamie tells her not to, but she does it anyway.

Turns out that Alex is, in fact, a woman. Sylvia poses as Jamie and they go on their way. Things take a turn when they start to get romantically involved, and shortly after, Sylvia starts to suspect that Bigfoot might not be the only reason for the missing women. The rest of the story is yours to figure out when you watch it because I do recommend you give it a shot. With that being said, let me tell you my thoughts on the movie. 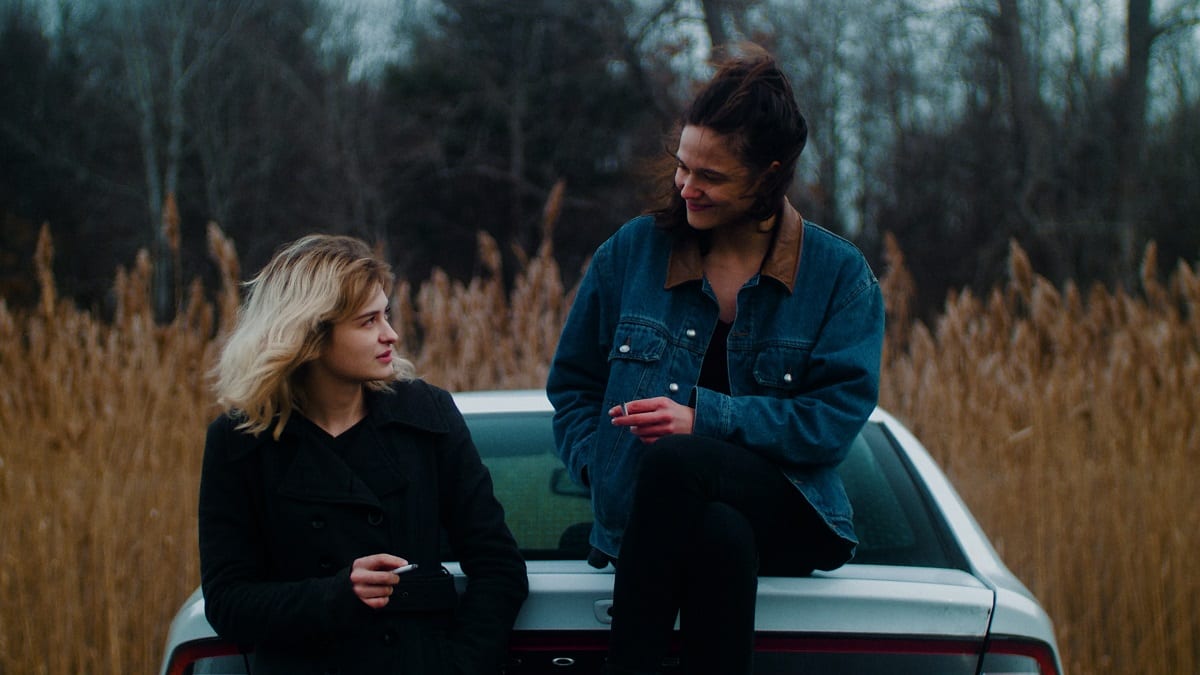 Like I said earlier, Monstrous isn’t necessarily a creature feature as Bigfoot is very seldom seen, but when it is, it’s effective. The real meat of the movie is a thriller and slow unraveling of the relationship between Sylvia and Alex. It’s very interesting to see because they’re played so well. I was pleasantly surprised by the performances in this film. Rachel Finninger does a great job at playing a charming, likable, and ultimately believable character that sheds their layers throughout the duration of the film. The exact same thing can be said about Anna Shields, who was just as impressive for the same reasons. The characters have some depth to them, and the performances really bring light to that. There’s a lot of subtlety to the facial expressions, delivery, and mannerisms that make them unique.

But as good as the performances are, the camera work could’ve used a little more variety. Although I do appreciate the wide, drawn back shots of Bigfoot that have sort of an animated, claymation flavor to them, a lot of the camera work is safe. It’s not bad, it’s just nothing too innovative or daring in the sense of angles and movement. This is usually a pretty normal thing for indie horror from my experience, so it’s not unexpected.

The sound mixing was also a little uneven at times. There were obvious stock sounds and some uneven EQing, volume, and an overall unfinished sounding audio at times. That could be said for the minority, but if you have a keen ear for some audio problems, you might be able to spot some. The average viewer? They won’t notice it too much, but I had to point it out.

I like that this film also tries to highlight that you never really know who somebody is, especially somebody from the internet. It’s almost a common line in the movie that you just never know what’s out there (referring to Bigfoot), but I feel like it also serves as a double-meaning to the internet and Craigslist. Seeing how the movie turns out, I definitely think that might’ve been a small motivation to Anna Shields when she was writing this movie. 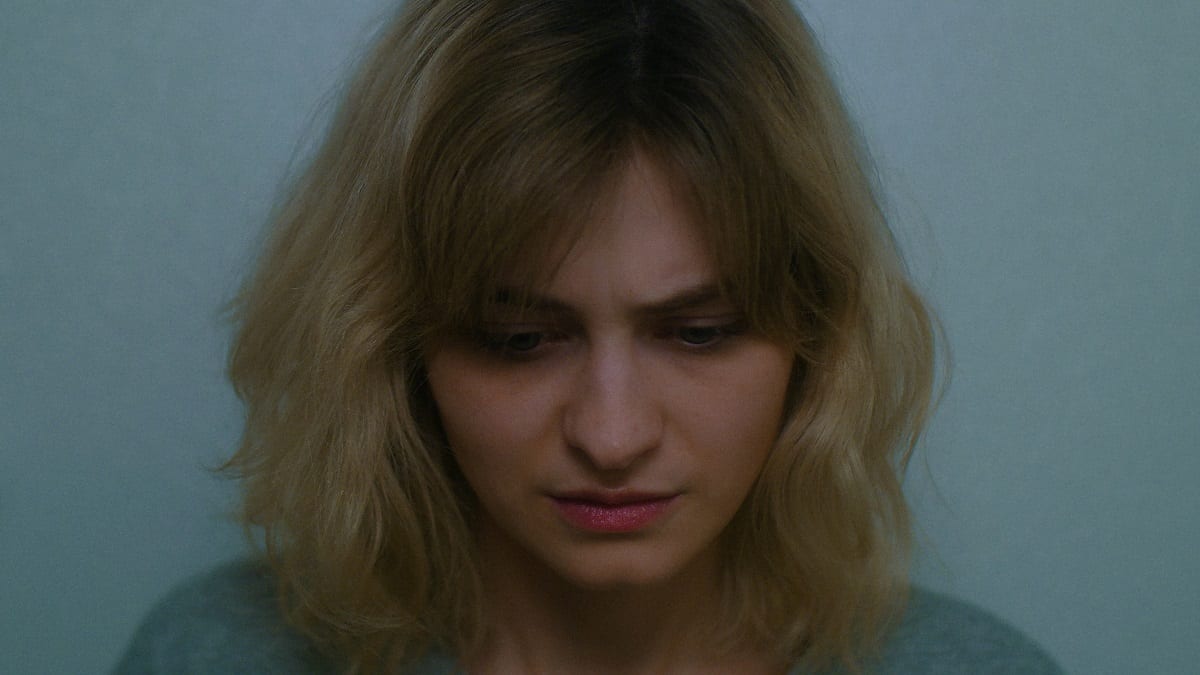 In all honesty, there’s not too much that I can say about Monstrous. It’s a solid indie flick with a nice looking Bigfoot that explores the idea of a “you never really know” attitude. There’s a lot of trust issues at play here, those being with both the film and the viewer. If you’re going into Monstrous with the expectation of a Bigfoot creature feature, you might be a little salty by the end of it. If you can adjust your expectations and take it for what it is, you can definitely find some enjoyment from it.

This is the official warning: Monstrous is not your typical creature feature. It is a thriller with some good performances and a little Bigfoot sprinkled in the backdrop. I’m not the type of person to be stubborn with my expectations of a film and have that stick with me during a review of something. Too many critics have that trait and it’s a shame.