Much like many Nintendo gamer’s Switch consoles, the company itself has spent the majority of 2020 in Sleep Mode. The multi-billion dollar company is having one of their all-too-frequent slow years where they trickle out the bare minimum as far as new content goes.

The Game We Needed, Now More Than Ever

People may disagree with me based on the fact that Animal Crossing: New Horizons (the ultimate quarantine game) came out early this year. A game where you can escape reality and go to your own customized private island? The appeal of such a game in 2020 practically writes itself!

For me, as someone who is not an AC fan, I was a little jealous of the constant support the game demands. In order to add new content, and special time-specific events, Nintendo had to completely bail on Super Mario Maker 2 support. I get it though, despite its own hardcore base, SMM2 is nowhere near the phenomenon that AC is.

But what if apple picking and fireworks-gazing isn’t your thing? Well, then there was Pokemon Mystery Dungeon Rescue Team DX, a game that was released, which is about a rescue team of Pokemon wandering around a mysterious dungeon—if the title is to be believed.

If new games aren’t your style, fret not, because Nintendo has got you covered. The latest Smash Bros. game, “Super Smash Bros. Ultimate Melee: The Brawlening of U Deluxe 64,” is still going strong. With the first Ultimate Fighter pack out, and only one new fighter for the second wave revealed, Nintendo can slowly drop new content in drips and drabs.

Why they just recently released a new level…sorta. The Small Battlefield is just like the regular Battlefield but with…one less platform? Um…no, actually. They also moved the two lower platforms closer in. It’s almost imperceptible, but they’re closer!

With Super Smash Bros. Ultimate (the game’s actual title), the fan base will always stay busy endlessly speculating on the internet about what might come down the pike. Whether it’s wondering if this is the time they finally add Geno and/or Mallow to the playable roster, or making joke memes about potential upcoming characters, Twitter will never be for a lack of content, no matter how disposable and inessential it may be.

Everything Old is New Again (Again)

Borderlands was a surprise hit (way back) in 2009, Borderlands 2 was an RPG Loot n’ Shoot classic, and The Pre-Sequel was a joyless, half-assed slog. Now, you can own all three—most likely not for the first time—on the Switch. Don’t worry, the awful fourth entry (Borderlands 3) isn’t included. Switch also saw the BioShock and XCOM 2 collections come out this year, if that’s something you didn’t already experience a long, long time ago.

How about eShop games that have been out for years on other consoles? Yes, Nintendo is finally getting those things as well. So if you’ve ever wanted to pay full price for one game in the Deponia series—when you could ostensibly get them all on PS4 for roughly the same price—everything about the year 2020 is coming up Milhouse!

They also released Xenoblade Chronicles: Definitive Edition in May, and while it was the original Wii game with a fresh coat of paint, I found the game to lived up to the hype and praise everyone heaped upon it. I actually own it on the Nintendo 3DS, but the graphics were so offensive I couldn’t get very far, and owning the original version for the Wii was something only people prepared to overpay for rare games could afford.

Paper Mario: The Origami King dropped in July, and it was met with mild curiosity. This fixation with crafting and cardboard makes me think Nintendo actually thought Labo would be successful long enough for 50% of the world’s population to pronounce Labo correctly. (Is it “Lay-bow” or “Lab-oh” and does it matter once you’re picking them out of a bargain bin?)

Speaking of the company mascot, it’s Mario’s 35th anniversary! It seems like only yesterday we were celebrating his 25th anniversary with a bundled, no-frills compilation on the Nintendo Wii. Now look at us, midway through August with no concrete Mario news at all. We’ve been told there are things rumored to be coming, and yet…radio silence regarding the jack-of-all-genres.

Everyone seems pretty convinced they’re remastering old Mario games. I even wrote about which ones they should revisit, how they could do it, what they could add or improve upon, and where to send me a check afterwards.

What will they ultimately do? Release a remade Super Mario 64 with new content, improved graphics, and better controls? Or will they just give us Super Mario 3D World Deluxe, which will be just like the WiiU game, but with the stamps removed, and…I dunno, a playable Nabbit or something. I mean, they don’t even try sometimes!

Nintendo isn’t stupid. They know what the fans want to know about: Breath of the Wild 2. They know that is their ace in the hole. They know they can drop a teaser trailer where they reveal one new scene and fans will go wild. Internet podcasts will dissect the trailer and go full-on Red Letter Media’s “Nerd Crew” (only sincere) trying to speculate on things they see in the background.

“If you pause this shot right here you’ll see what looks like a wand. And what enemies use wands? Are we in for more Wizzrobes in the next Zelda?”

Are they holding Breath of the Wild 2 (tentative title) to do battle with the PS5’s opening? Or maybe save it for Christmas? Or are they going to let us know they’re actually scrapping everything and starting from scratch? 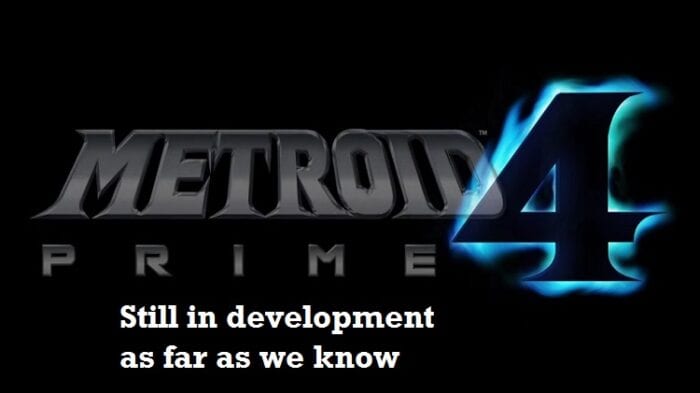 They just announced that Pikmin 3 is being dug up for the Switch, and that it’ll have all new content that was probably abandoned DLC from the WiiU version. I actually own Pikmin 3 on WiiU so I won’t be getting this Switch upgrade.

As I huge fan of the WiiU game catalog, and owner of the WiiU versions of Mario Kart 8, Breath of the Wild, Tokyo Mirage Sessions, New Super Mario Bros. WiiU, Donkey Kong Country: Tropical Freeze, and probably a few I don’t remember at the moment, all these barely-enhanced new versions of WiiU games disappoints me more than a typical Switch owner who completely bypassed the WiiU era. I was there for you, Nintendo, in the lean years, and you’re giving me nothing right now.

I did think about what I would want to see Nintendo do, and I actually had a few ideas as to how they could end 2020 strong.

My first thought is related to a console I still rather enjoy: the Nintendo 3DS. I thought about all the great games that came out on the 3DS, and how some of the sequels to 3DS games were premiering on the Switch (Bravely Default 2). It got me to thinking about 3DS games that actually deserve a remake, and one game that I absolutely adore (but recognize its flaws) is Kid Icarus Uprising.

I’m a huge Kid Icarus fan and I’ve always found them to be clever, difficult, and unforgiving. Uprising was unforgiving as far as controls went. In order to comfortably play the game you basically need a third hand, yet the game (which borrows several game mechanics from the 3DS Smash Bros. entry) is still great fun, and one of the few games that properly uses the 3D game mechanic.

As much as I’d love for them to announce a Kid Icarus Uprising: Angelic Edition, we all know that won’t happen. My greater point is that I wouldn’t be against them bringing 3DS games to the Switch. Remake Luigi’s Mansion: Dark Moon. While you’re at it, remake the GameCube original.

And for goodness sake, can you please just release Mother 3 already? You put the characters in Smash games all the time, you know the fans want it, and there’s really no reason why it hasn’t come out.

And finally, I just want to see some new content. Not more old games getting ported over, not indie games I have on my PS Vita already. New games, new content, fantastic newness!

What say you, Nintendo? Will your upcoming Nintendo Direct blow us away, or underwhelm us once again? Let me be direct. Nintendo fans are getting a little tired of the retreads and the Deluxe versions of WiiU games. So please, Nintendo, snap out of this fugue state you’re in. You’ve been on autopilot for far too long.