In three months, Americans will cast their votes in what might possibly be the most crucial presidential election of their lifetimes. I know people say this during every election cycle—even political candidates themselves. This year, the American election comes down to a candidate whose focus is primarily on just winning at any cost despite high unfavorability ratings, and the other an earnest but popular opponent with a higher likability factor. If this scenario sounds familiar to you (besides this usually being the reality of most elections), then perhaps you might recall Alexander Payne’s glorious 1999 comedy Election.

Election opened around the same time as the big-budget adventure The Mummy and three weeks before Star Wars Episode I: The Phantom Menace. Whether it was because of this or other factors such as the Columbine High School massacre (which occurred the week of this movie’s release) or the glut of teen movies which flooded the marketplace that particular spring (She’s All That, 10 Things I Hate About You, Go, and Cruel Intentions, the latter also starring Reese Witherspoon), Election was not a moneymaker upon its opening.

Or maybe it was because the country was just getting over Bill Clinton’s Monica Lewinsky scandal, which dominated the nightly news pretty much the entirety of the previous year, and a movie about politics, even one where its setting was an Omaha-based high school, and one in which sex is the catalyst for the unfolding of events in the story, was just not something movie audiences were dying to see. 1999’s The Matrix was cleaning up the box office at this time, if for no other reason than it was pure escapism. Election was a reminder of our world at the time. Fantasy won out.

However, Election found a second life on home video, much like another spring 1999 comedy, Office Space, which absolutely died in theaters but went on to become a cult-hit video smash. Why? Your guess is as good as mine. Both are movies that skewer the two things our lives pretty much revolve around: school and work. Neither movie presents these institutions as overly appealing. In Office Space, the main character abhors his job, but in Election, our main character Jim McAllister (a possibly never better Matthew Broderick) loves his job as a high school teacher.

Jim prides himself on being a mentor to his students and is willing to go the extra mile to make sure their high school experience is at least a supportive one. He’s a simple man living a very simple midwestern life. He’s happily married to his wife, Diane (Molly Hagan), and on occasion, he plays rock music with his best friend Dave (Mark Harelik) in the garage. This is how Payne and his co-writer Jim Taylor present Jim to us in the early scenes of the film. He’s a straight-arrow guy, for sure.

At first, it might seem a little jarring to see the actor who inhabited the life of Ferris Bueller just 13 years earlier play such a different character. As movie fans are well aware, Ferris might be one of the most alive movie characters in film history. Ferris is a rule-breaking risk-taker who understands that for every moment of our lives we should not be merely content to watch our days pass into each other, but we should experience life as if our next day was our last—before the joy of life disappears from inside us, as it has to the grownups in Ferris’ world. Jim McAllister is one of those grownups Ferris did not want to ever become. Watching Election for the first time, one almost expects Jim to walk into the principal’s office to be greeted by Mr. Rooney himself.

But unlike Rooney, Jim cares about his students and truly wants the best for them. Except for one student—the overachieving, seemingly friendless, headstrong, tiny force of nature that is Tracy Flick (in a career-defining performance by a young Reese Witherspoon). Tracy is the opposite of Ferris in that Tracy loves school, and it’s her entire life. In fact, she loves it so much that the next step up for her is to be student-body president. Tracy is a one-person campaign organization; she makes her own buttons, prints her own posters, and even makes her own campaign cupcakes. 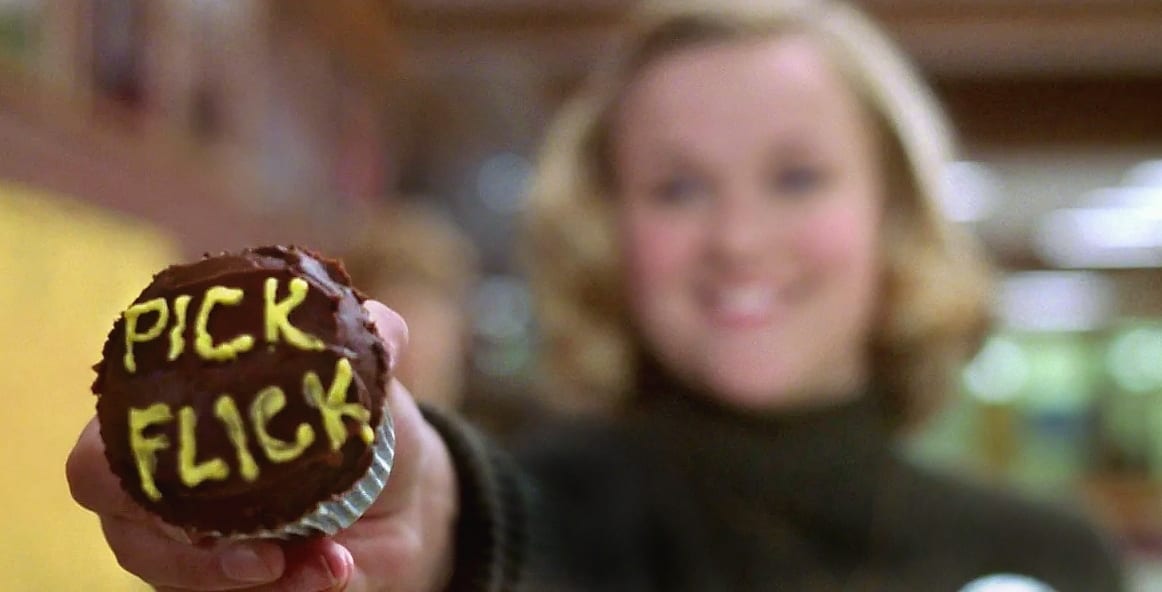 Tracy assumes she’s a shoo-in to be elected. Besides, she’s running unopposed. Once she wins, she’ll be spending more time with Mr. McAlister to discuss school business. This, however, gives the teacher some pause, as his best friend Dave has had his life ruined by spending after-hours time with Tracy, which culminated in a sexual relationship. Most would say Dave got what he deserved for taking advantage of an underage student. Jim knows what Dave did was wrong, but he’s not blaming his friend entirely. This is where Election gets uncomfortably close to real-life events, namely the Lewinsky scandal; an older man in a position of power taking advantage of a much younger female was playing out in front of us in real life. Of course, it needs to be stated that Election was filmed in the fall of 1997, before the Clinton scandal came to light, lest anybody believe this movie was a “ripped from the headlines” situation.

One political inspiration for Election, however, was the 1992 U.S. presidential election, where an eccentric third-party candidate, Ross Perot, entered the race against the two main candidates, George H. Bush and then-Senator Bill Clinton. Perot’s entrance into the race has since been believed to be the main reason Bush lost to Clinton that year (although Perot did not actually win any electoral college votes). Another inspiration was an instance (that same year) when a Wisconsin female student was voted homecoming queen but school officials denied her the title and burned the ballots because she was a pregnant teenager. Both events were amusing parables for Payne and Taylor, and once they acquired the rights to Tom Perrotta’s novel, incorporating them into this story would make for a perfect fit.

Jim, now uneasy with the prospect of working so closely with Tracy, comes up with the idea of having an opponent run against her. His choice is the popular school jock Paul Metzler (Chris Klein). Paul is goofy and not the brightest student, but he has charm and appeal. This might be the first time we’ve seen a jock in a teen-themed comedy who’s actually a pretty decent dude. Paul doesn’t look down or bully anyone and doesn’t have a bad thing to say against Tracy. With Jim’s encouragement, Paul enters the race, and it’s on! 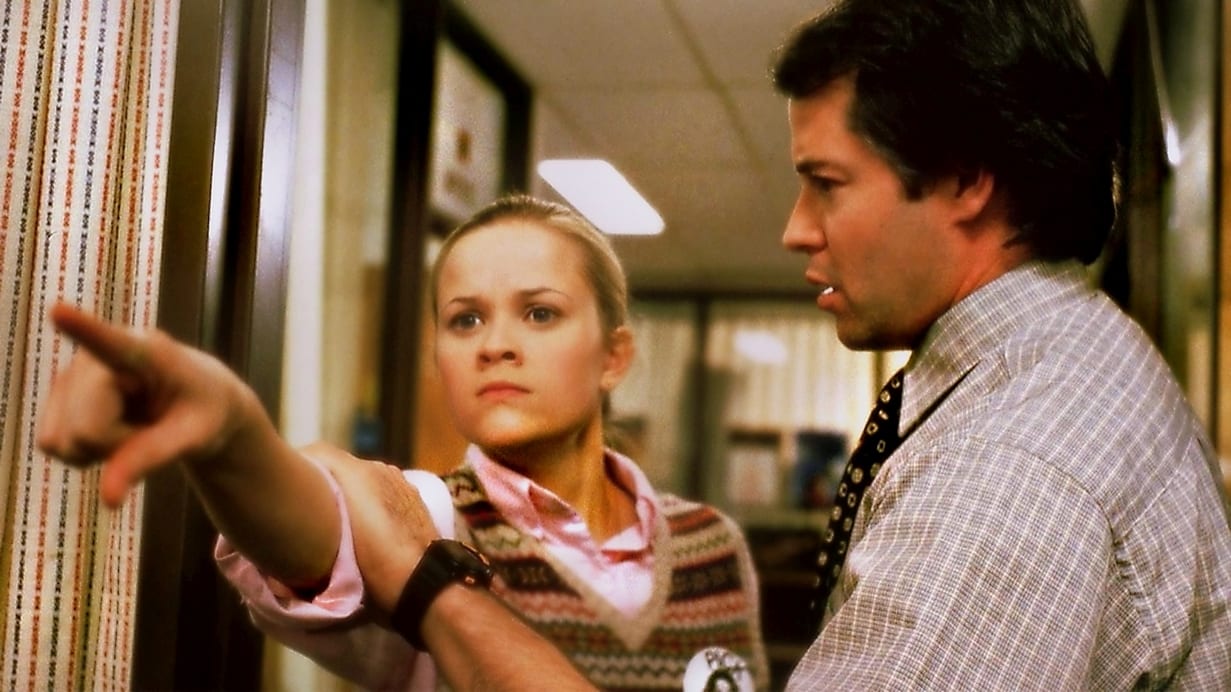 Jim grows close to Dave’s wife Linda (Delaney Driscoll), who left Dave after the Tracy revelations became public. Jim decides one day he’s interested in engaging in an affair with Linda. It’s not as morally wrong as what Dave was doing with Tracy, but it’s still wrong, and as far as we can tell, out of character for this respected teacher and husband. The one question I’ve always asked myself when watching this near-perfect movie is: Why would Jim risk so much after observing what happened to Dave, who lost everything? Perhaps at this point, Jim feels confident that his plans to sabotage Tracy’s election win will be successful, and that he’ll get away with it, so he also feels he can get away with having an affair, too.

Interestingly, we come to see that Tracy is not on the up-and-up herself at all times. She’s not above trashing her opponents, and when a mishap involving campaign posters happens to her benefit (to the glorious, wailing sounds of Ennio Morricone’s Navajo Joe) she’s the first to hide the evidence and later pin it on someone else.

It’s here we see the similarities between Jim and Tracy. They’re both sly in their own way, and both believe in bending the rules so long as nobody gets hurt. Hiding evidence is something they both engage in. School is the only life they have, but Jim with his wife seems to have a bit more of a social life than Tracy. Without school, Tracy has nothing, which is why becoming student president is so important to her.

As the movie goes along, both characters become more unraveled by the events of that damn school election. Jim’s affair does not go as planned, just like Tracy’s election. It seems that both just want the election over and done with so they can move on. Jim’s attempts to piece his life back together don’t go as planned, however, and by the end of the week, he finds himself in a situation not unlike Dave’s—and also because of Tracy Flick.

Many of this movie’s fans will find themselves asking who the “bad person is.” Is it Jim or Tracy? Despite the botched affair and the thwarted attempts to keep Tracy from winning the election, Jim seems like a decent guy, although it is disturbing to see he knew Dave was having sex with an underage student and didn’t inform anybody simply because Dave was his best friend. Tracy is willing to lie to protect herself from getting in trouble after ripping up her opponent’s posters. Both are people willing to lie and deceive to see their plans work. 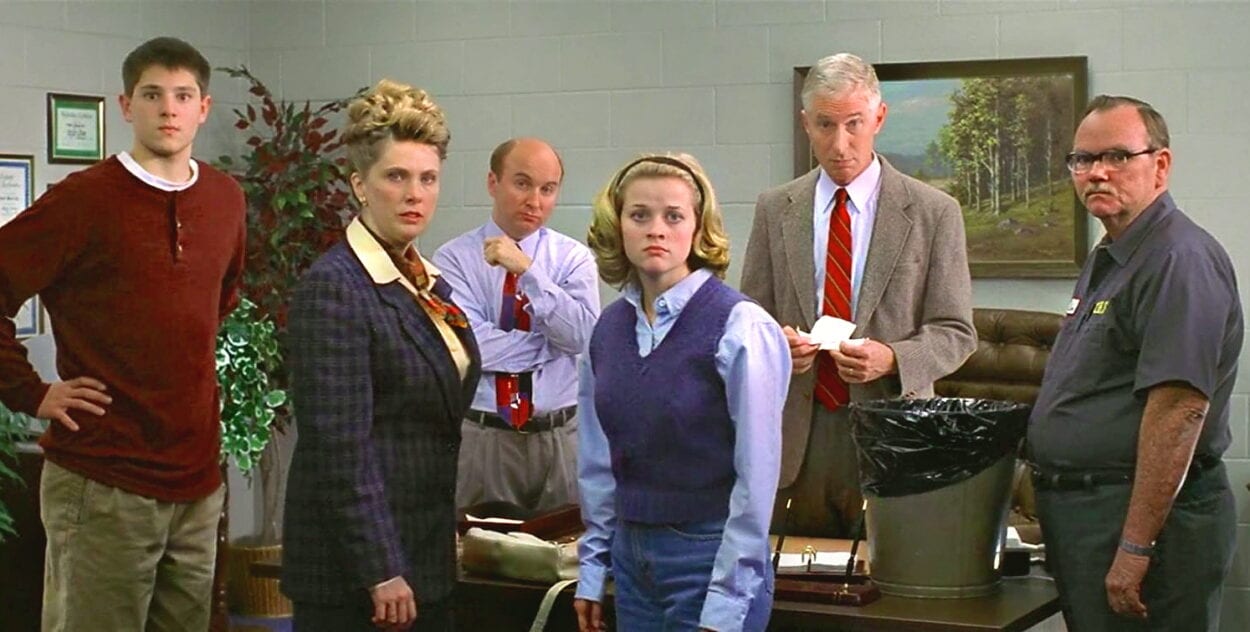 Election is a movie people tend to revisit during every election year. Although it is set in an Omaha high school in the late ’90s, its themes could apply just as easily to congress and the White House in 2020. In 1999, we never had Twitter, and Carver High never had CNN reporters on hand to capture and broadcast every move the candidates made. But there were ambitious players (in some circles, the character of Tracy Flick was rumored to have been based on Hillary Clinton) and duplicitous ones, and those two factors—sex and power—have been and shall continue to be forever a part of our election process.