In amongst the boom in popularity of Hong Kong cinema in the west, there was a sub–genre that emerged between the wacky action comedies of Jackie Chan, and the rising wuxia genre that would go global with Crouching Tiger, Hidden Dragon (2000). Typified by the films of John Woo, “Heroic Bloodshed” was a label applied to films that often expressed a lot more moral ambiguity towards their protagonists than those being portrayed by Chan et al at the time. Chow Yun-Fat became a star in Hong Kong due to A Better Tomorrow (1986) a film that involved likeable gangsters, themes of loyalty and betrayal, and the importance of friendship. A Better Tomorrow launched the twin pistoled, slow–motion career of John Woo, and he followed up with more heroic bloodshed movies such as The Killer (1989) and Bullet in the Head (1990) before making the move to Hollywood.

Several other directors would take up the heroic bloodshed mantel and run with it, with often mixed results. Perhaps the other example of the sub–genre most well–known in the west is Full Contact (1992), also starring Chow Yun-Fat, and directed by Ringo Lam. Lam would also later join Woo in Hollywood directing Jean Claude Van Damme vehicles. By the time the handover back to the Chinese occurred in 1997, the heroic bloodshed genre had run its course, and the Hong Kong industry struggled to define its identity for some time, with the absence of many of its major stars who had moved abroad. Quietly, as the industry got back on its feet, one director would take the heroic bloodshed sub–genre and breath new life into it, but sadly, its time had passed, and so a great deal of his work went unnoticed on the international stage. 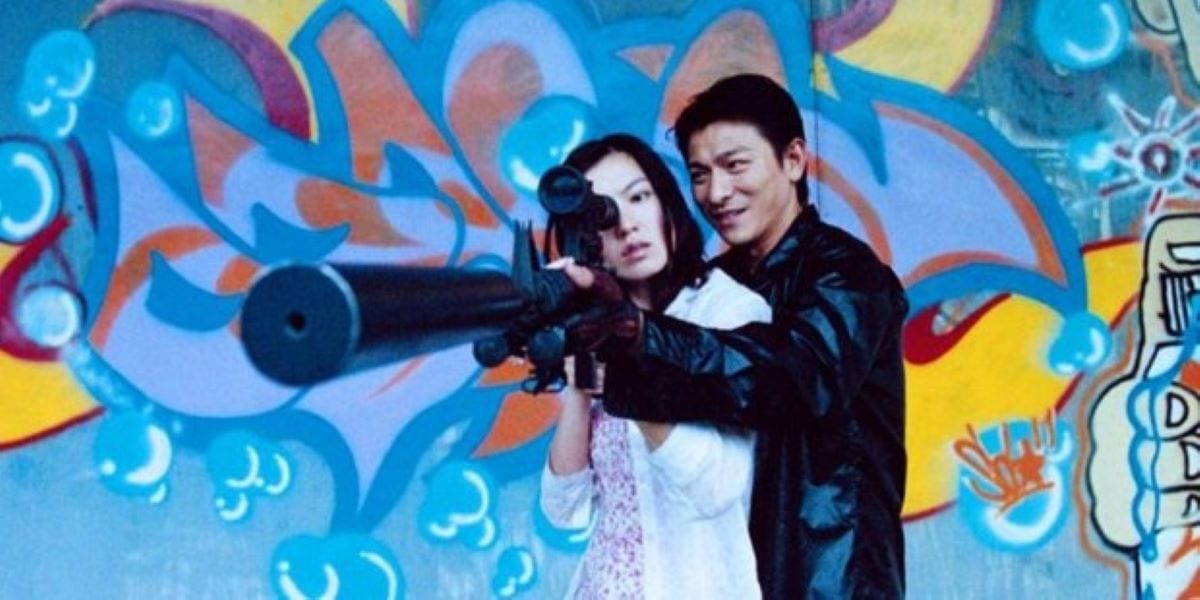 Johnnie To got his start in the Hong Kong TV industry in the late 1970s as a producer and eventual director. He moved on to directing features in the late ’80s with Chow Yun-Fat and scored his first major box office success in Hong Kong by 1989. He would also work with Steven Chow (Kung Fu Hustle, 2005) during the ’90s before moving into the crime genre in the latter half of the decade, when he made the films he would become known for on the international stage.

The Mission (1998) would unite To with many of the actors that would end up starring in a majority of his work. Anthony Wong, Lam Suet and Simon Yam have all appeared in many of the directors best films. The Mission concerns assassinations of high profile Triad figures, exploring themes of loyalty and honour. To would follow this up with a series of similar movies including rival hitman thriller Fulltime Killer (2001), the cops as gangsters movie PTU (2002) and the media satire Breaking News (2003). It soon became clear when you were watching a Johnnie To movie. They would often involve gliding cameras around gun battles as well as a more considered pace, with actors often standing around just looking cool, and minimal dialogue with an emphasis on melodrama.

Despite winning several awards in their countries of origin, his early ’00s output failed to ignite the international stage as much of HK cinema had done ten years earlier. The west had largely turned its attention to Japan following the success of Battle Royale (1999) and the provocative cinema of Takashi Miike. South Korea was the art-house favourite due to the success of Old Boy (2003), and the international market was focused on the likes of Hero (2002), House of Flying Daggers (2004) and Shaolin Soccer (2001) as far as Chinese language cinema went.

In 2005, Johnnie To would make what was arguably his best work with Election volumes 1 and 2. Considering how Hollywood had decided to remake Infernal Affairs (2002) due to its fresh take on the gangster thriller, its amazing that they didn’t look at these films for similar reasons. Election concerns the fallout from the Hong Kong triad society electing its new chairman. The votes have already been cast by the time the film starts, and we meet the two rivals for the position; Big D (Tony Leung Ka Fai) and Lok (Simon Yam). Big D is the more traditional triad, dressed in flashy suits and armed with a mean streak a mile wide, and Lok is a lower–key man of the people. Big D feels he is entitled due to his image, and Lok has put in a lot of hard work over many years. Their ideology puts them at odds when Lok is elected as the new chairman.

Election is unique in the gangster genre in that it shows you an underworld just as corrupt and hypocritical as the acceptable, political face of society. There are no guns or flashy fight scenes. The violence here is sudden, street level, and filled with people using whatever they can as weapons including bins, knives and even cars as they battle over the baton of leadership, held as a tradition by these men of low morals. The rug is pulled constantly as we assume we know Lok from his appearance and mannerisms, except everyone here is playing a game of four dimensional chess, and Lok is perhaps even more ruthless than Big D. Election could even be seen as a black comedy, with scenes involving the corrupt police force acting as mediators in an almost playground level scrap.

Election volume 2 picks up almost two years after the first volume. Here we find a triad society in a state of flux, caught between the booming pirate DVD porn industry and going legit into lucrative construction deals. Lok begins to manipulate the new candidates for chairman at the next election in an attempt to consolidate power and break with tradition into a second term. Things get bloodier and bloodier as the new struggles against the old. As the violence escalates, To evokes the work of Brian De Palma with both the style of murder and the musical score. Election volume 2 may well riff on well–worn gangster tropes such as going straight, and absolute power and its corruption, but it’s a testament to Johnnie To’s skills as a storyteller that it is never less than riveting.

The year after in 2006, To directed Exiled, which was a sharp about–face from the Election films. Exiled goes back to a typical heroic bloodshed narrative as a squad of hitmen are sent to Macau to take out a former criminal who has fled the life to have a child with his partner. Once confronted with this, the men are unable to take the life of their former friend, which then makes them all a target of a vengeful triad boss. Exiled mixes up much of the sheer coolness of To’s best work with a strange, almost spaghetti western–like sensibility as the soundtrack twangs and doors and cans are knocked around in a slow–motion hail of bullets. The Election movies and Exiled were very much given an international push and prominent film festival buzz. They were however too pulpy for the art–house crowd, and too offbeat for the action film fan, so never really caught on with either crowd.

After these movies failed to set the world alight in the same manner as John Woo or Park Chan–Wook, To set his sights on a series of different films. We got Mad Detective (2006), a strange character study which borders on Takashi Miike level hysterics, and Sparrow (2007), a whimsical story of pickpockets. In 2009, To teamed up with french superstar Johnny Halliday for Vengeance, which was a major grab for international attention, but veered too close to self–parody in certain scenes, and felt very derivative compared to his earlier work.

More recently To has adapted his style again with similar subject matter to his ’00’s output with Drug War (2012) and Three (2015). Here the emphasis is more on plot, performance and tension rather than style and set pieces. Many of these recent titles have been pushed directly to Netflix, which should hopefully, eventually get To the wider audience name recognition he deserves, even if his best work remains hard to find.

With many of the distribution companies that promoted far east cinema having gone out of business, a great deal of To’s best work is currently unavailable either on physical media or streaming. Like much of John Woo’s early work, Exiled, Election, Breaking News and Fulltime Killer are unavailable currently unless you are willing to hunt around on the pricey second hand or import markets. At this point, we can only hope that a boutique label such as Arrow Video or Shout Factory picks up these films and gives them a push. PTU, Breaking News, Election and Exiled remain masterpieces that more people should be aware of. Until the time that some streaming service takes a swing at the back catalogue, the work of Johnnie To will remain sadly underrated on the world’s stage.