Here we are, finally: the best of the fest. In the two weeks that spanned Fantasia International Film Festival, we watched a lot of really great movies. So many, in fact, that I had a really tough time narrowing it down to just 6. Each film I reviewed is excellent in their own right, but this list is about which ones I personally enjoyed the most.

First, I’m going to break it down to the best of the best. These are films I provided full reviews for—the cream of the crop. That just means that I wanted to give them some extra special attention. Next, I’m delving into the best of the rest. These are films that I didn’t provide full reviews for that I still think deserve some love. The reasons why I didn’t give full reviews for them are varied (and mostly based in me over working myself), but I do genuinely love each and every one of them. Look out for these films when they release.

The Best of the Best

If you read my review of this film or followed me on Twitter the last few days, you already knew this would be on here. There just aren’t enough words I can write to express just how phenomenal this film is. It is easily my absolute favorite from Fantasia. Dinner in America follows the story of a punk rocker (Simon, played by Kyle Gallner) and a nerdy fan-girl (Patty, played by Emily Skeggs) who seek revenge on Patty’s bullies as they fall in love with each other.

What makes this film so special to me is the story; it’s basically everything teenage me dreamed of in a romance—a literal partner in crime with some really cute dates. And, each revenge scene is extremely satisfying for the viewer. It’s everything you wish you could’ve done to humiliate or call out your bullies and antagonizers. Beyond the story, this film is extremely well-crafted. The visuals are stunning, the music throughout is super fun, and the performances are stellar. It really is the full package. I cannot recommend this one highly enough. Put this on your list and take note when a release date is announced.

Another one that shouldn’t come as a surprise to anyone; this is one of the best documentaries I’ve seen in years, and definitely the best at Fantasia. Sure, having a compelling story about a beloved actor fulfilling his lifelong dream to become a real-life professional wrestler doesn’t hurt, but it’s so much more than that. The story is expertly crafted in a way that makes it feel like a narrative film with flawless story structure. Each person interviewed was vital to the story—there were no filler interviews. It’s aesthetically pleasing as well. You Cannot Kill David Arquette is a fun ride from beginning to end, from failures to triumphs and everything in between. It’s a hero’s journey in real life. You Cannot Kill David Arquette is currently available via digital and on-demand.

This list wasn’t easy to pick, but a neon organ heist movie in a hospital set in the 90s that features David Arquette in a wife beater (looking fine as hell) was an easy choice for me. This is one of the biggest stand-outs from Fantasia. Mandy (Angela Bettis) finds herself in quite a predicament when her irresponsible cousin Regina (Chloe Farnworth) misplaces the organs she’s supposed to be selling. They’re in some hot water but things get a little crazier than expected.

As much as this is a fun and gory heist movie, 12 Hour Shift also provides commentary on work exhaustion created by the demand for nurses and other shift workers to work until every last drop is squeezed out of them—if you overwork and underpay someone, they might just start stealing organs from patients. It’s such an exciting movie, and impressive for a first feature from Brea Grant. 12 Hour Shift is available in theaters and on demand October 2nd.

The Best of the Rest

Sheep Without a Shepherd

I really wanted to write a full review for this one, but I’m just so fatigued from Fantasia that I had to relegate it to my favorites article. This film follows the story of the Li family, after one of them commits an unspeakable crime, and the process they take to cover it up. As you can tell by the title, there’s a lot of symbolism for the sheep in this movie.

In Chinese culture, sheep are seen as lucky—they are auspicious. There’s a legend in Chinese folklore of 5 rainbow goats who arrived in a town with gifts of new rice for the fields and as such, the drought ended, and crops thrived. Putting that into perspective, it must me terrible bad luck to kill a sheep. And then you have the phrase itself from the Bible, but I don’t want to spoil the movie. Sheep Without a Shepherd has many twists and turns, but everything comes full circle. With one of the best villains I’ve seen in a while, Laoorn (Joan Chen), this film really brings the heat. I’d say it’s a close second to Dinner in America for me at Fantasia. Sheep Without a Shepherd is currently available to rent from Amazon Prime. 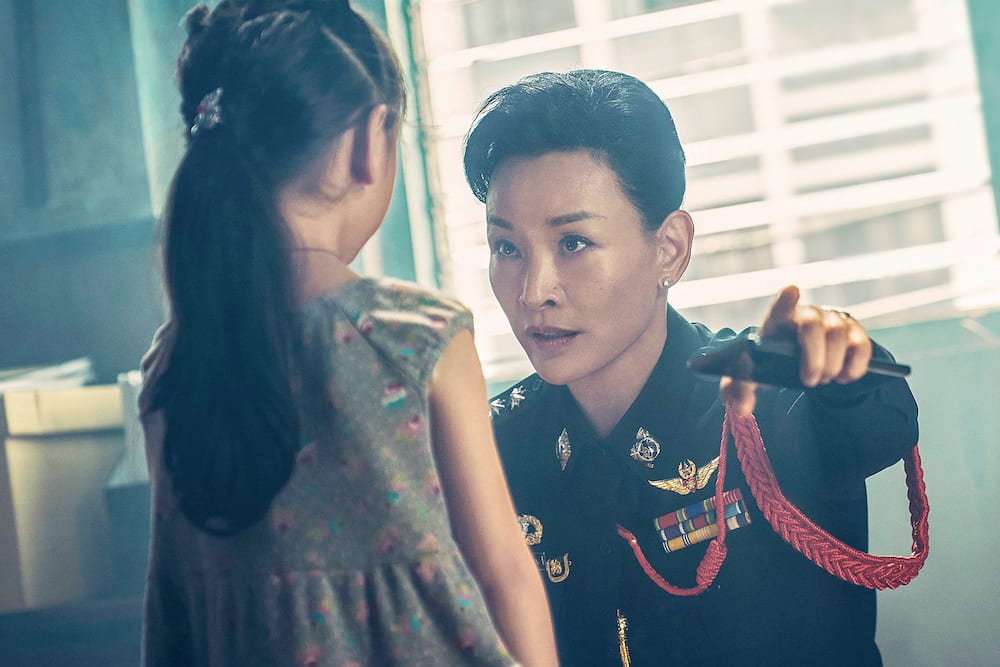 Tiny Tim – King for a Day

If you don’t know who Tiny Tim is by name, give him a quick Google and listen to “Living in the Sunshine” or “Tip Toe Through the Tulips” and I’m sure you’ll recognize him. Yes, he did THAT song from Spongebob. Now that you’re acquainted with the subject, we can begin. A touching tale of a beloved genderqueer artist who had a troubled life, leading up to his tragic death. Sure, he had his flaws, especially in regard to his romantic life, but you can’t help but feel sympathetic for this outcast. Tiny Tim – King for a Day does a wonderful job spreading the word about the truth of Tiny Tim’s life while remaining interesting throughout. Not once does the interest dip in this film. Plus, it’s narrated by Weird Al. Tiny Tim – King for a Day is available in theaters in NY and LA late autumn, nation-wide to follow. 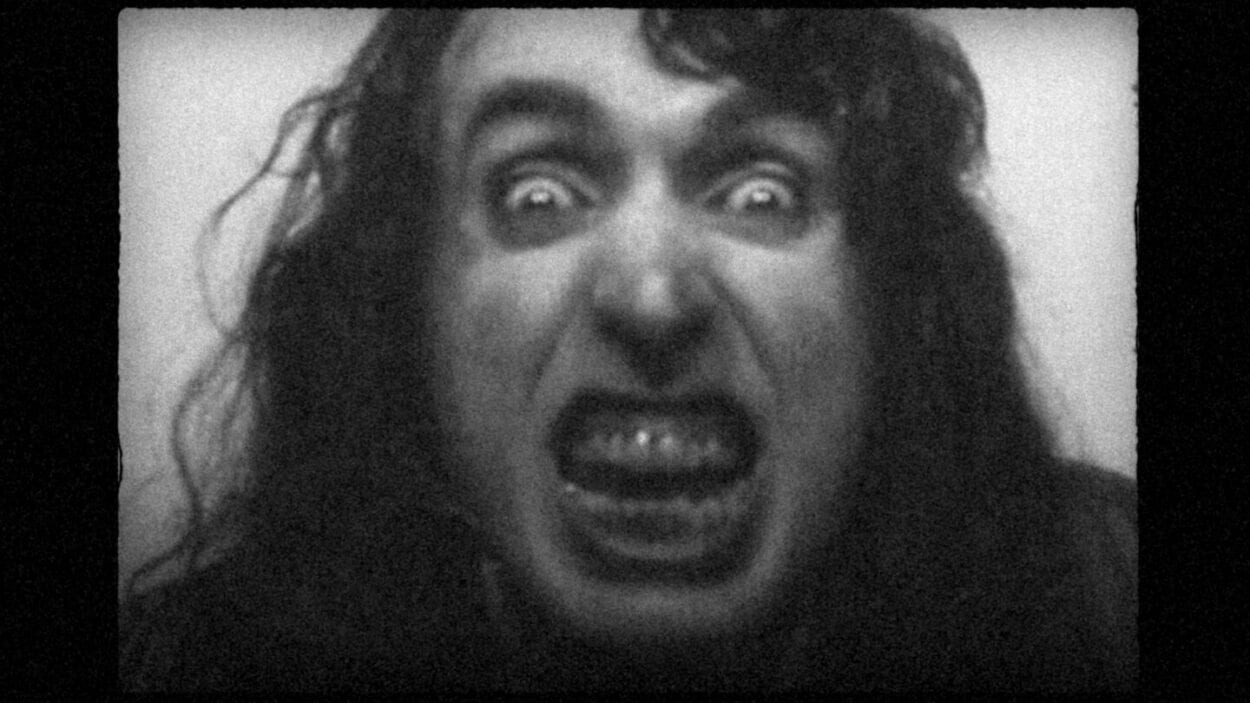 We’ve all dealt with internet trolls or cyberbullies at some point in our internet lives, which is what makes this horror movie so relatable. However, most of us either block the sender or, ya know, anything but hunting them down and actively seeking revenge on them. Not Femke (Katja Herbers). She does the most, because she takes these online messages so personally.

It honestly feels a little cathartic. What Femke does is what all of us kind of wish we could when someone insults us, falsely accuses us, or threatens us. In The Columnist, she weaponizes her hurt in a way that’s empowering for women everywhere. I’m not necessarily saying she should be a role model verboten, but her energy is inspiring. Stand up for yourselves, ladies.

As we wrap up Fantasia 2020, I just want to give a huge thank you to the team that made this possible. You’ve all made the virtual film festival experience a breeze, and for that I am grateful. If you ever get the chance to attend this festival either in person or virtually (who knows where we’ll be next year with COVID), please do. The quality of the content provided is outstanding and the selection is refreshing. Support indie filmmakers. Check out these awesome films.

Erica is a writer who also freelances as a production assistant. In their spare time, they're working on a screenplay for a horror comedy. They host a Twin Peaks podcast called Is It Future or Is It Podcast, and a dating podcast called The Ex Files. They love B movies, David Lynch, Wong Kar-Wai, and any giallo you can find. And yes, they're named after Erica Kane from All My Children.