It’s hard to define what makes a great fictional town. Is it somewhere you wish you could live? Somewhere that’s simply well-suited to the story being told? A distinctive setting with its own unique character? When choosing towns for this article, I went with some combination of all of the above. If I thought of the town with a fondness similar to that which I feel for my favorite TV characters, I considered including it. If it left me feeling cold and unmoved, having no desire to up and move there, and struggling to recall any notable features it had, I left it out.

I tried not to limit myself to any particular location or size, but the fact is the American small town is somewhat ubiquitous in television (and other fiction)—and with good reason. Equal parts fascinating, eccentric, and romantic, these towns were the ones I found myself turning to again and again. I also tried to remain open-minded when it came to genre, but I admit that several iconic animated towns are conspicuously absent. This is mostly because cartoons have to rely on the quirkiness of the towns’ inhabitants to make an impression, while the towns themselves are rarely drawn with enough realism to evoke a sense of wanderlust. South Park may be one of my favorite shows, but no amount of construction-paper snow-capped mountains could ever make me want to live amongst the town’s insane residents. 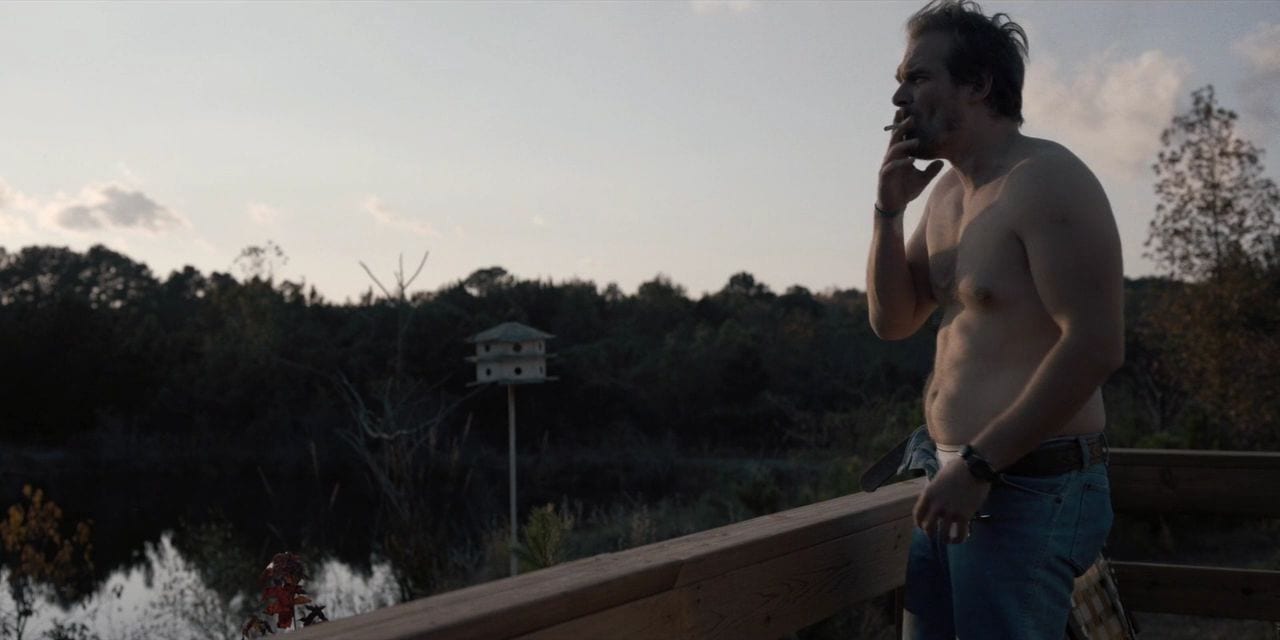 Okay, I’ll admit it—I have a slight obsession with Indiana. I’m pretty sure it began when I was a child, sitting in my boring English home after school or in the holidays, watching Eerie, Indiana on TV. The obsession was nurtured by other TV and movie scenes over the years, as well as my own overactive imagination and, most recently, Stranger Things. Eerie, Indiana taught me, and Stranger Things reinforced, that Indiana is the place in the world where adventures happen. It’s full of forests and lakes, beauty and wilderness that’s always right on your doorstep, no matter what town you live in. It’s ripe for exploring, and filled with supernatural phenomena, just waiting to be discovered by the local children.

Sometimes scary and sometimes dreamlike, Indiana’s forests are always exciting. As a child, the idea of investigating a place like this was enticing, especially as the kids in Eerie seemed to do so without adult supervision. The same is true of the kids in Hawkins. Admittedly, these towns exist perpetually in the ‘80s and early ‘90s, which has something to do with the freedom the kids enjoy, but this only makes them even more alluring. By the time Stranger Things came out, I had already grown to associate Indiana with every scene of beauty set in an American forest, all the magical lakeside places that I saw or dreamed up, and every cabin in the woods, whether it was the kind that led to romance or doom.

I didn’t include Eerie in my list because at this point my memories of the show are too fuzzy. What lingers is mostly just a feeling about its setting and what was possible there. Hawkins, on the other hand, took all my vague dreams about Indiana and reaffirmed them. The setting is gorgeous. Hopper’s house on the lake in the first season. His cabin in the woods, where he hides out with Eleven. The fact that the kids are constantly riding their bikes through forests to get anywhere in the town. The train tracks that Dustin and Steve walk down, bonding over hair products and laying out meat for the Demodog.

The adventures are first class. Gateways to the Upside Down, terrifying monsters, a superpowered girl who escapes from a secret government lab—Hawkins has it all. On top of all that, Hawkins actually has some pretty fun places to hang out. There’s the arcade, the outdoor pool, and the fancy new mall. Okay, the mall may be on top of a secret Russian military base, but I still want to go get a USS Butterscotch from Scoops Ahoy.

Half-American and half-English, Natasha grew up in northern England, spent nine years in Los Angeles, California, but has recently returned to her hometown. She has always had a passion for writing and for television from both sides of the Atlantic. She especially loves Buffy the Vampire Slayer, Game of Thrones, Stranger Things and the Rocky Horror Picture Show. When she's not watching, talking or writing about TV, Natasha enjoys photography, going for walks, and hanging out with cute animals.