“There’s nothing more American than coalition-building. The first thing John Wayne always did was put together a posse.” – CJ Cregg

Pick Up a Pen, Start Writing

In early 2017, my camp counselor Cat had a great idea: “Someone really ought to adapt ‘Isaac and Ishmael’ into a one-act play.”

“Isaac and Ishmael” was the first episode of the third season of Aaron Sorkin’s TV series, The West Wing. Well, sort of. It wasn’t supposed to be; it aired on October 3, 2001, three weeks after 9/11. The episode follows the characters of The West Wing outside of the show’s canon, in a fictional security lock-down taking place in the White House during a meet-and-greet with fictional high schoolers.

So in the summer of 2017, I adapted a short script of “Isaac and Ishmael” for my camp’s one-act festival. It’s most of the episode, minus the more character-driven subplot and dialogue. We cast a mishmash of 12 to 16 year-olds to play high school students and 40-year-old White House staffers.

I was born in 2000, which means my memories of 9/11 are entirely secondhand. My parents had friends in New York from having lived there when they were first married. When the dust was in the air and nobody knew what was happening, my mother was sent home on her commute to the Disney Glendale office because, shit, which major American landmark would be targeted next? I have friends slightly older than me who remember seeing the towers fall on TV in preschool. There’s no way to imagine how a child would process that.

Aaron Sorkin processed it through theatre. He took his brilliant, beloved characters and brought them home to where he started as an author, on the stage. He devised a threat to national security in his fictional universe that would allow these people to express the best and worst of humanity: our fears; our rationale; what happens when we go too far; and what do our children have to look forward to? “Isaac and Ishmael” is a one-act play on the screen (so much so that in an introduction given by the cast, Bradley Whitford describes it as such), understandable by those who have or have not seen the rest of The West Wing.

Sorkin allows his characters to unpack America’s basic fears after the event under the guise of answering the questions of teenagers: Josh (Bradley Whitford) sets them at ease; Toby (Richard Schiff) explains how any ideology can become extremist; Sam (Rob Lowe) and Charlie (Dulé Hill) offer a look at where terrorists come from; CJ (Allison Janney) “sings” in defense of American spies; President Bartlet (Martin Sheen) and the first lady, Dr. Abbey Bartlet (Stockard Channing) give words of inspiration and context—that we’ve survived these issues as human beings before, and we can do it again if we stick together. Universal, thoughtful, simple.

In many ways, the episode is a bizarre offering to Gen Z. For those of us who are fans of the show, it was uncomfortable to watch the characters we idolized and wanted to become explain the realities we already lived to a bunch of seemingly racist and ignorant teenagers (with one major exception, who we’ll get to later) that we didn’t feel represented our lives. My friend Allison (who played Sam) said, “I was probably 14 when I first saw it and definitely couldn’t really imagine how one event that was like common knowledge growing up needed to be addressed within the plot of TV shows,” about the way the episode clashed with her understanding of 9/11.

It seems bizarre to someone who grew up post-attack that there was a time when something so violent and incomprehensible would be…surprising. Jarring. We grew up understanding that this is within the realm of human behavior, and have contextualized it within our history and America’s own violent past. Anyone, anywhere is capable of something like this. My cast was used to heightened airport security. We never relax when we travel and we don’t remember a time when you could. The existential threat of the wars in Afghanistan and Iraq have threatened our very survival.

For a generation that’s grown up in the season of rampant alt-right gun violence plaguing our mosques, our temples, and our schools, listening to Josh Lyman compare Islamic extremists to the KKK isn’t earth-shattering. It isn’t “healing” to have the episode end on “But listen, don’t worry about all this right now. We got you covered…Learn things. Be good to each other. Read the newspapers, go to the movies, go to a party,” because we know that isn’t true. It’s hard to imagine a time when young people weren’t expected to take on adult responsibilities or engagement in politics.

Our government (particularly right now) has failed us. There is no gun control. The President is in a pissing contest with other nuclear powers. Our planet is burning up. We can’t afford to go to college, have an internship, buy a house, have children. Greta Thunberg is the world’s leading climate activist. She’s 17. The adults don’t have us covered.

The thing about “Isaac and Ishmael” is that…it’s not for us. The framing device of the episode that allows grown adults to gently explain existential violence to teenagers doesn’t exist to educate kids. It exists to comfort the adults.

The general audience of The West Wing in 2001 did know and remember a life before 9/11. In fact, they didn’t yet know what the world after would be. As a reactionary piece to the cold fear of three-weeks-post tragedy, it works. It can still put a bad taste in my mouth when I watch it today.

Allison offered this in agreement of that sentiment: “…imagining being a grown adult in October 2001 turning on the TV to see five uninterrupted monologues literally aimed at children…I get the writers and actors need to process, too, but the ego of making your audience watch that on screen and pretending you’re helping is a little much.”

A little harsh, maybe, but that’s coming from a fan. Many younger fans of The West Wing I know are frustrated with its seeming lack of relevance to modern-day politics. The fictional republicans in Sorkin’s universe might seem evil, but they’re not fascists. Everyone in President Bartlet’s administration believes they’re doing the right thing, and fights the good fight—almost always without cynicism. It’s not a new criticism of the show: this was a fantasy in the 1990s. It’s the very reason the show exists. People need something to strive for in a time of presidential sex scandals and phony wars.

I think, perhaps, the reason many Gen-Z fans are more disillusioned by the show than inspired is because we’ve become nihilistic about the world much faster; we had to (as a whole) grow up more quickly than any generation since the baby boom. We can’t give our representatives the benefit of the doubt right now when they’re playing with our lives. A bubble popped to reveal a sad truth as I got older: the magic of Jed Bartlet will never touch my government.

But something happened when we unleashed Sorkin’s language on a barn full of 7–12 year-olds. My friend Phoebe held up a chalkboard tablet with an analogy many West Wing fans are familiar with by now: “‘Islamic Extremist’ is to ‘Islamic’ as ‘____’ is to ‘Christianity.”

A la Josh Lyman, she twirled the tablet around to face her, filled in “KKK” for the “____,” circled it, and turned the tablet back around.

The barn went quiet. One of the 12 year-olds gasped, and I got to share a tiny, reflected glimpse of what it felt like for Aaron Sorkin to share this in 2001 with 17 million people.

It’s the magic of theatre: intimacy, enlightenment, compassion. The beating heart of love behind the politics is what matters about “Isaac and Ishmael,” more than any of its ideologies that may or may not hold up over time. It’s about letting love radicalize you. Who cares if the Bartlet administration is idealistic and dreamy-eyed—the point of the show is that we can do better. We can educate the next generation. We can hold in our hearts these moments of collective sorrow and do better.

This is why Sorkin includes Billy Fernandez (Josh Zuckerman) in his story. Billy is the smart, nerdy teenager in the high school group graced by the presence of the Bartlet crew. He challenges Josh on his own understanding of the government, impresses Toby and CJ and Sam, and in those things he is the avatar for the “smart kids” to look in on this world. To be given a place to grow and be challenged by brilliant adults who will take you seriously. Josh telling him to “keep doing what he’s doing” at the end is a moment for all of us. The adults get to see the youth take charge. The kids get to take responsibility for their future.

The 12 year-olds who gasped when they saw “KKK” will go on to have a greater curiosity about America’s own flaws than they did the day before. They reminded me of the magic of the show and its propensity for change; for education. “Isaac and Ishmael” was born in a moment of great change. One could say the same for the kids sitting and watching it in a barn in the summer of 2017, just after one of the most important elections in the country’s history. In a moment of fear, we give hope.

The emotions of the episode lie close to the surface (how could they not; the actors just went through it, too), but the thesis remains. There’s no one answer to our differences, but we win when we fight not with fear, but with love: “And so it began: the Jews, the sons of Isaac. The Arabs, the sons of Ishmael. But what most people find important to remember is that, in the end, the two sons came together to bury their father.”

Inevitably, all interpretations of 9/11 in the arts immediately following it will age. Who knows where we would be if its only representation was the many racist, jingoistic action movies that followed? We just have to start the conversation. At any age, at any time. “Isaac and Ishmael” covers the bases of what Americans tend to forget so quickly at any moment of crisis: that we are not alone.

“We don’t need martyrs right now. We need heroes. A hero would die for his country but he’d much rather live for it…” – President Bartlet

Natalie Parks is a NYC-based actor and writer. They were a founding board member of their university's Theatre for Social Change organization (TR4CE), working to create ethically conscious and socially aware art. Loves dogs, Shakespeare, and Evelyn Baker Lang's shoes.

More From: The West Wing 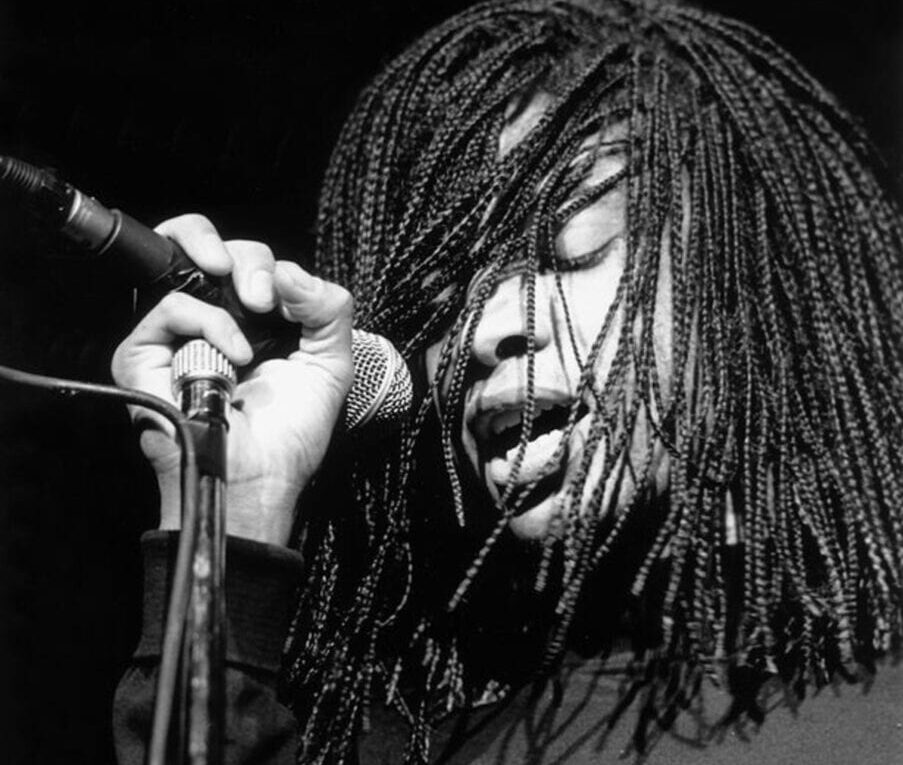