#Alive is a South Korean zombie movie that came out in its home country on June 24 and was released internationally through Netflix on September 8. It was directed by Cho Il-Hyung, and it stars Yoo Ah-In and Park Shin-Hye. It’s about a video game live streamer named Oh Joon-Woo (Yoo Ah-in) who gets stuck in his apartment when the zombie apocalypse breaks out. He has to find a way to survive despite diminishing food and water supplies inside and ravenous zombie hoards outside.

Admittedly, I was a bit skeptical going into this film, as Netflix movies are notoriously hit or miss. After watching it, I’m happy to say that this one is definitely a hit for them. It wastes no time getting to the main attraction as the initial zombie outbreak starts less than five minutes in. At that point, we don’t know much about the main character yet, but it’s okay because the action more than makes up for the lack of character development. Joon-Woo looks outside his window and sees absolute chaos, with people running for their lives and zombies catching and eating whoever they can.

As the film goes on, Joon-Woo gets a text from his parents saying, “You must survive!” and this becomes the narrative’s thematic springboard. Joon-Woo does everything he can just to stay alive, and that simple idea soon blossoms into a touching story about the value of human life. The narrative revolves around the belief that no matter how bad things around us may become, our lives still have value. No matter what we may be going through at the moment, our lives are always worth fighting for, and we should never give up. 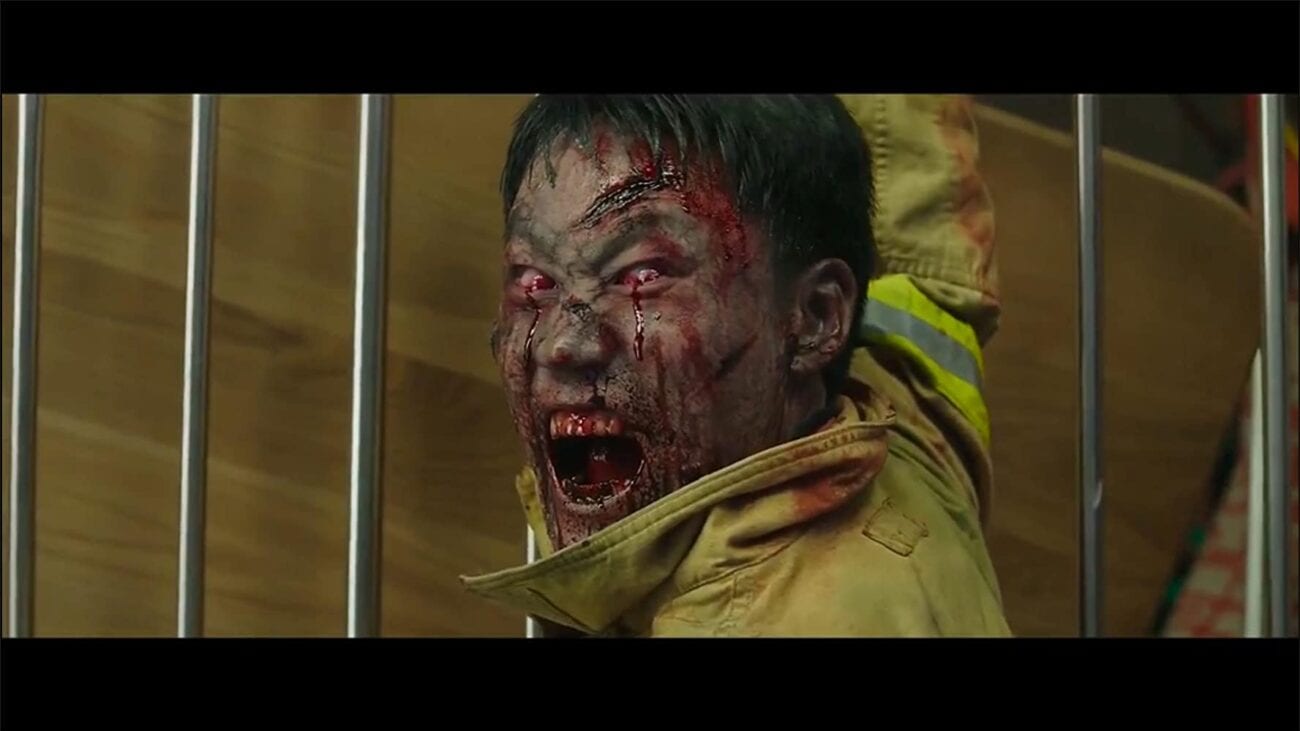 This is a fairly straightforward concept, but the filmmakers find some clever ways to add a bit of nuance to it by asking how far we should be willing to go to fight for our lives and the lives of those we love. For example, the narrative raises questions about how much danger we should put ourselves in to save others, and if we should harm strangers to help our loved ones. Admittedly, the story does drag a bit at times, but on the whole, it hits enough of the right emotional beats and generally keeps a good enough pace that it’s well worth the roughly hour and forty minutes it takes to watch it.

All that being said, nobody is going to watch this movie just for the uplifting message. This is a horror movie, so its primary draw is the zombies, and they don’t disappoint. While there usually isn’t a ton that filmmakers can do to make their zombies stand out from the pack, this film does add one little wrinkle that makes them more terrifying than usual: they’re smart. They can do things like climb ropes and open doors, so Joon-Woo has to do more than just walk upstairs or put up a flimsy barrier to escape their attacks. There are a few times that he has to be really resourceful to fend them off, and those are some of the best scenes in the movie.

All in all, even if we weren’t experiencing a pandemic-induced dearth of new movies, #Alive would still be a welcome addition to the zombie subgenre. Unfortunately, though, we are in that situation, so this film is all the more appreciated. It’s not perfect, but it has pretty much everything we could want from it. It gives us fun zombie action, characters you root for, and a surprisingly heartwarming message. So if you’re looking for a good new horror movie to watch, I’d definitely recommend the new Netflix film #Alive.

JP Nunez is a lifelog horror fan. From a very early age, he learned to love monsters, ghosts, and all things spooky, and it's still his favorite genre today. He blogs at Embrace Your Fears.