When do filmmakers realize that their film is bad? Does the thought ever cross any of their minds? Could there ever be a time that filmmakers present incompetence, yet every detail put forth is intended? Is walking such a tightrope even possible? 2019 gave us one possibility with The Fanatic.

Co-written and directed by Limp Bizkit lead singer Fred Durst; and, I lost you. Sorry, I should have prepared you better for that. Come back and don’t be afraid. How about this? John Travolta stars as Moose—did I lose you again? No? Still with me? Good. Moose is a fan of action film star Hunter Dunbar (Devon Sawa) who will do anything for an autograph. You might think The Fanatic sounds like a routine thriller. And, yes, technically, the film is a thriller, but there’s so much more.

For the next couple of paragraphs, I am going to enter spoiler territory, so this is your warning. With that, let’s get right into it. Every possible choice made in this film is wrong. I promise that this article will not just be a list of complaints because I don’t have that kind of time. When I say every choice, I mean it. From the opening narration to the end credits, not one thing works. Let’s get the basics out of the way first.

As I mentioned earlier, Moose is a die-hard fan, or fanatic, if you will, of Hunter Dunbar. Moose obtains a piece of memorabilia from one of Hunter’s films and is determined to get Hunter’s autograph. When circumstances prevent this, Moose and Hunter’s lives unwittingly head down a path of violence and destruction. Not a bad set up, right? Sure, we’ve seen this plot before, but it is tried and true and, in the right hands, could be a worthy genre film. Could be.

It’s not. At least, not for the reasons one would hope. The elephant in the room, per se, begins with John Travolta’s performance. Moose is a character that has mental difficulties. Part of me wants to applaud the script for not getting bogged down in trying to explain Moose’s backstory, but the other side wants to call it what it is: lazy scriptwriting.

Travolta gives the performance his all, but I do not feel he has a solid grasp on what makes Moose tick. I cannot fault Travolta for this, but more in the direction and writing of Durst. Based off the God-awful wig and the unusual mannerisms, I can only assume Moose was written in the script as “weird” or “mentally challenged” without giving any further detail to the character. Without a clear context of what exactly is going on inside Moose’s head, he is broadly drawn as someone with “difficulties” and nothing more.

With Moose’s first line in the script being, “I can’t talk too long, I gotta poo,” there is no way that Fred Durst wasn’t laughing as he wrote that. Then, once he signed two-time Oscar nominee John Travolta, I can imagine that Durst salivated at the thought of those words coming out of his mouth. As mentioned earlier, Travolta gives it his all and does so with this line as well, but it doesn’t feel like it serves the character more than just wanting Durst to have a respected actor utter this line. 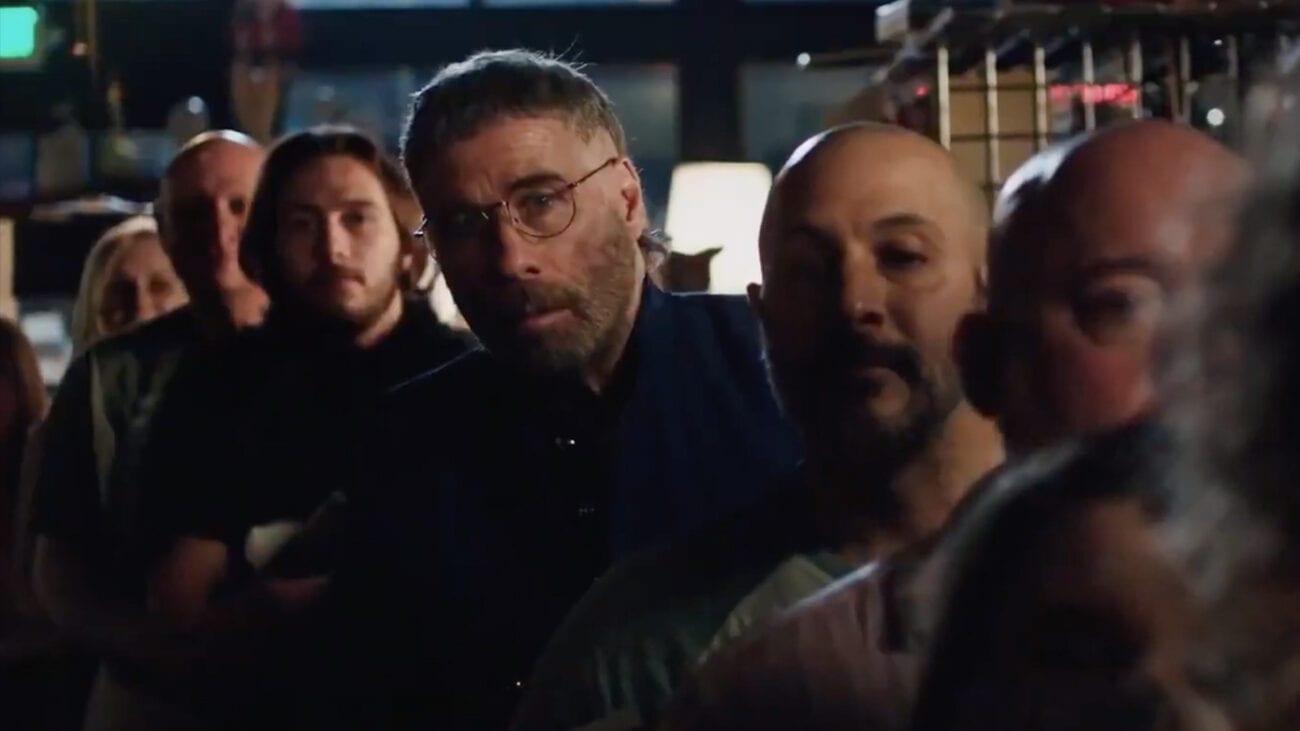 With the exception of one or two brief moments, we do not know why Moose is attracted to Dunbar. We understand he’s fixated on Dunbar and those “difficulties” are a driving factor, but when we don’t understand Moose, it’s hard to side with him. As the film escalates and Moose’s choices become more erratic, we don’t understand the reasons why he is doing what he’s doing, and, to be honest, I don’t think Travolta or Durst do either.

Devon Sawa’s depiction of Hunter Dunbar is equally perplexing, for different reasons. For the few short moments we see Dunbar’s acting on screen, the performance is intentionally cheesy. When Hunter Dunbar, the person, shows up, Sawa’s portrayal comes off as mean spirited. Yes, there is a brief moment where we see that he has some problems in his personal life, but Dunbar quickly comes off as unlikeable.

So, not knowing what makes Moose tick and Dunbar not resonating with the audience, whose side are we on? Maybe that is the point, as the film tries to draw parallels between over the top fandom and the need for privacy. As I said earlier, if done in the right hands, this cliched idea could work. Unfortunately, those hands belong to Fred Durst.

I know it is passe to hate Fred Durst, but as a filmmaker, he has shown some talent before. However here, especially when Travolta is on the screen, it feels like Durst is laughing behind the camera. There are multiple instances where it feels like he is playing a joke on Travolta. Moose makes his money as a street performer on Hollywood Boulevard. We don’t realize that until after we hear Moose recite the word “Poppycock” multiple times while wearing a fake mustache. As he prepares for work, you can sense that Durst is off-camera, having a chuckle at Travolta’s performance.

Other times, it feels as if Travolta was handed free reign by Durst, and whatever Travolta came up with made it into the movie. Whether that’s sniffing his finger, rocking back and forth, or running around a room with antlers yelling, “It’s Moosey,” it seems nothing was off limits. With no limits, the script and director need to maintain a sense of sanity to ensure the film doesn’t fall off the rails. If that sense were here, there wouldn’t be an article.

Durst crafts The Fanatic with an “anything goes” mentality. Why is his hair like that? Who cares. What’s with the pointless narration? Don’t worry about it. You’re going to have Moose bind and gag Dunbar, then release him? Have Dunbar shoot off his fingers, push Moose down a flight of stairs, torture Moose by firing a shotgun near his ears to make him go deaf, stab him in the eye, then let Moose walk away? Yep. If you stand back and look at it, it’s somewhat impressive that Durst seems to care yet not care at the same time. 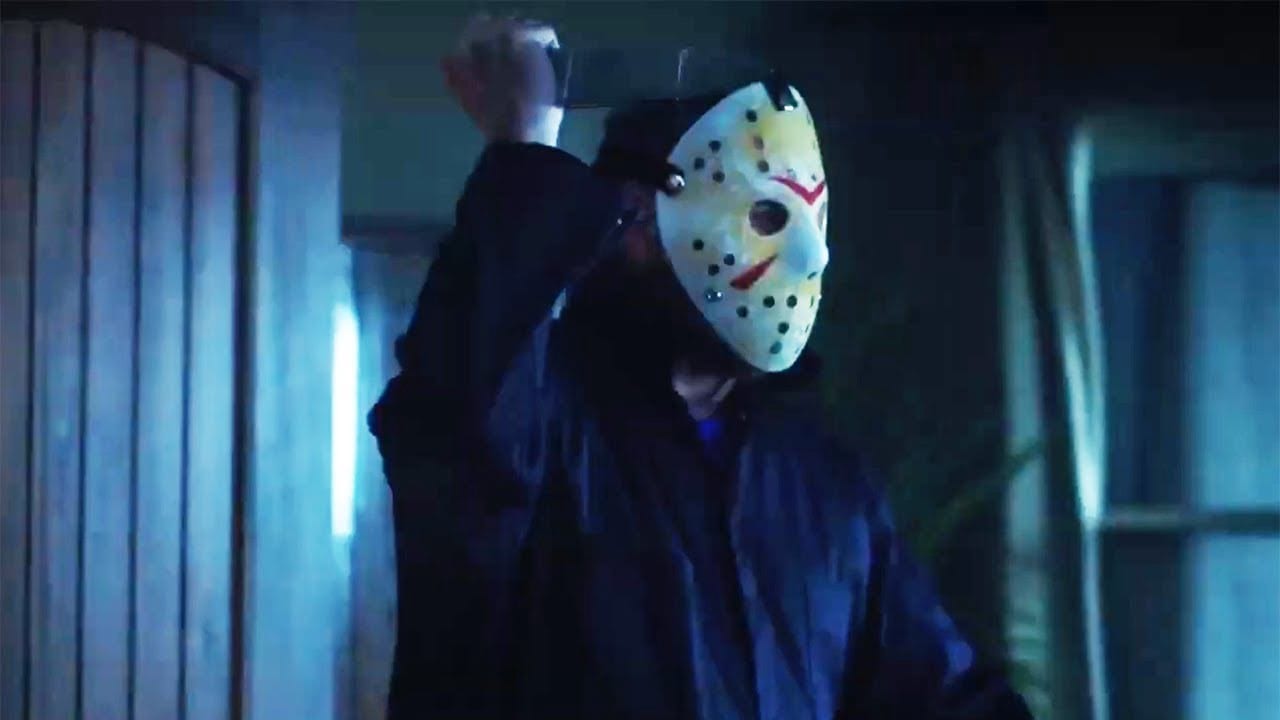 That might be the best way to troll an audience. Show that you do care, but do just enough to make viewers question what they are watching to confuse them, and I haven’t even gotten to the coup de grâce regarding The Fanatic.

We’ve crossed the halfway point, and you know whether or not you’re into this movie for the long haul. You’ve settled in and grown accustomed to Travolta’s portrayal of Moose, the unlikeability of Hunter, and the questionable choices to this point. Then, the moment arrives. Hunter is driving his son home when he asks his kid, “You OK with some music? You like a little Limp Bizkit?” Hunter then proceeds to crank up the music exclaiming, “This is hot” and “That is nice!” Yes, it happened. Fred Durst trolls the audience by inserting his band into the film.

You have to stand back in awe and appreciation that Durst would do such a thing. Putting his band into the film is one thing, but writing into the script that the character compliments his band repeatedly takes The Fanatic to another level. It’s these little touches that Fred Durst drops on the audience that leads me to think this film was a joke on everyone. Did he troll John Travolta into playing an absurd take on someone with mental handicaps? Was Devon Sawa directed to be super unlikeable? Why insert his band and provide nothing but praise? Does The Fanatic deserve a re–evaluation? Was this misunderstood?