John Cleaver (Max Records) has problems—problems that go way beyond your usual teenage angst. He has an absentee father, he has a fairly lone-wolf kind of attitude as he prowls around his small Middle America town, and he has an emerging fascination with death. This is made all the more intrusive due to the fact that he helps out at the family-owned funeral home, and a serial killer is leaving eviscerated corpses all around town.

John is in therapy, and he has recently been given the label of a potential sociopath by his therapist. Instead of going with the label and doing what he is meant to do, John overcompensates. When faced with the local bullies and their taunts, he pays them back with kindness and a smile. He hangs out with the only kid who will give him the time of day because he needs to maintain the appearance of normalcy.

If there is one thing we can all agree on in this divided world, it’s that your teenage years well and truly suck as they are happening. Yes, with age and perspective, we look back on this as some kind of golden era, but those who carry scars into adulthood recognise those teenage years as the tipping point of who we would eventually become. Some people never get over the glory of the popularity they enjoyed as a teen and struggle with a middle-of-the-road existence later in life. Others feel every inch of the teenage angst that they experienced well into their twenties and somehow use that as a fuel to achieve their goals.

In I Am Not a Serial Killer (2016) we see a young man at a crucial stage of his life with a major battle for his soul raging within. The film is perhaps as underrated for its accuracy in depicting that awkward time as it is for its quality. 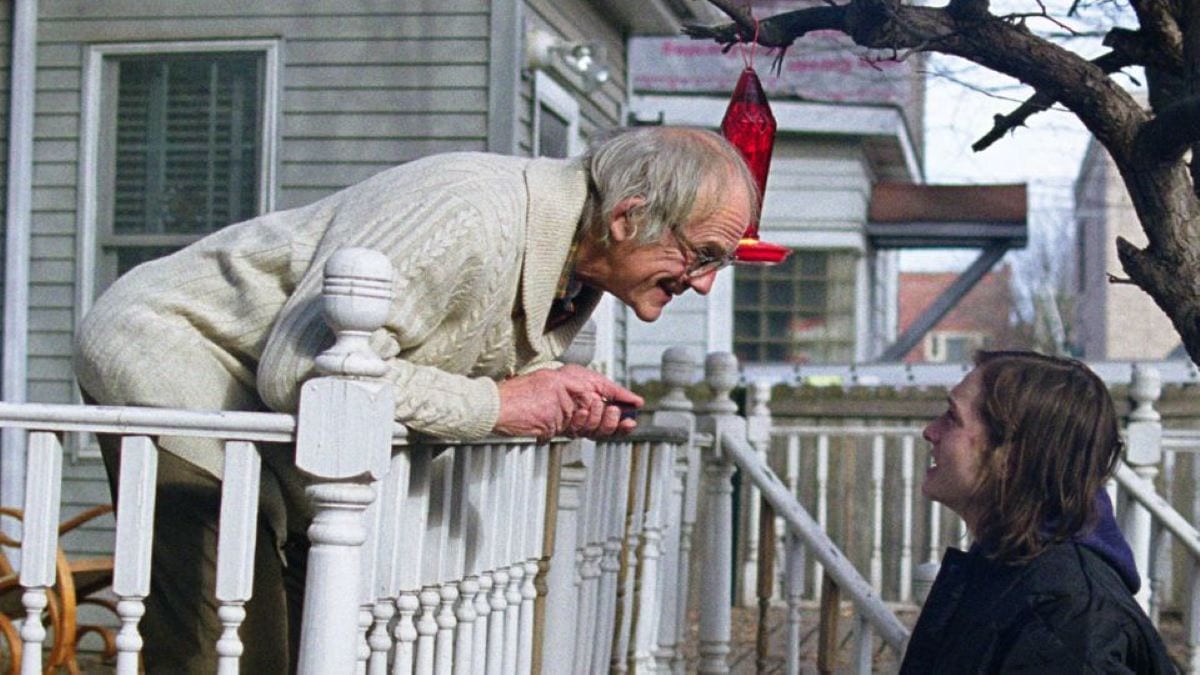 The activity of a killer in John’s small town ignites him into action. He prowls the streets identifying suspects, tailing them, and seeing where it goes. Eventually, he witnesses his elderly neighbour, Mr. Crowley (Christopher Lloyd), take the life of someone in a bizarre manner on a frozen lake. John is puzzled by his own reactions to witnessing a murder. The first time he sees this he wets himself, and the second time he does his best to interrupt the killing as it occurs. John then gets closer to Crowley and his wife, helping out as a good neighbour. What he discovers challenges his understanding of himself as well as what a genuinely driven individual is capable of.

Based on the novel by Dan Wells, I Am Not a Serial Killer is as much of a character piece as it is a psychological thriller. The quality of the writing and the resulting performances are the reason the film excels, and it doesn’t go for cheapness the way many teen-centric movies do. As we observe the cat-and-mouse games played by John and Crowley, it becomes clear that John actually isn’t the sociopath that he thinks he is, and the realisation rattles him.

That’s perhaps the most refreshingly accurate thing anyone has said about teenage trauma in a film for a long time. It can feel like you are somehow defective, somehow less or more than others due to your lack of identity. When pushed to the precipice, though, we discover who we really are. John is shocked and disgusted by Crowley, he does his best to stop his rampage, and when faced with death or threats against someone he cares about, he has feelings and emotions.

John partially follows Crowley and stalks him to try to understand a part of himself better. When Crowley has nothing but love for his wife and remains concerned for her above all others, it rattles John’s perception of what a true villain is supposed to be. During the moment when John is pushed to actual violence, he is filled with remorse instantly, and a kind of paralysis sets in. Finally, when Crowley is revealed to be some kind of supernatural parasite that needs human organs to sustain itself, John does the right thing and becomes a hero—something he never believed he was capable of. 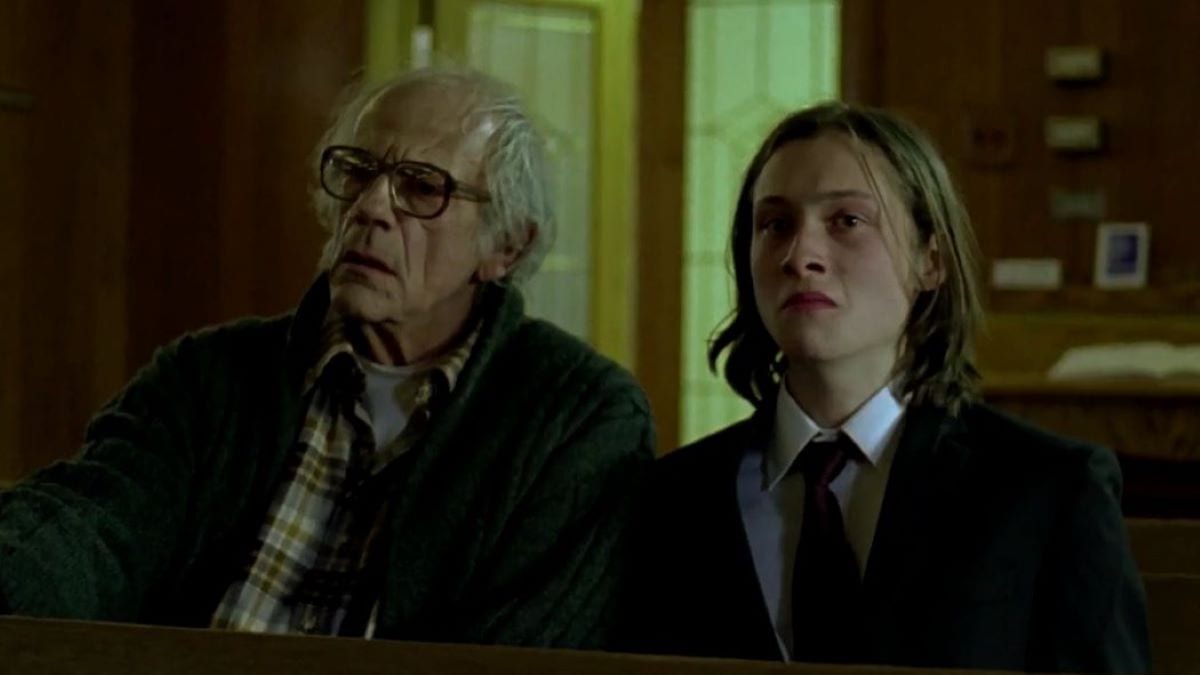 Although I Am Not a Serial Killer is set in modern times and is focused around teenagers, it could only have been made in as poignant and insightful a way by an experienced filmmaker. Billy O’Brien is a 50-year-old director who is best known for the superior straight-to-DVD 2005 horror film Isolation. The skill with which this film is made really shows a massive talent with untapped potential. It feels like it is set in the ’90s thanks to opening with a grunge track, and the film is imbued with a washed-out, grainy look that recalls ’90s Sundance favourites. Significantly, a smartphone is only mentioned once, and we are not subjected to scenes of teenagers texting constantly. Though this may be an inaccurate representation of the present day, it allows the characters and performances adequate room to breathe as the psychological landscape plays out.

The film really hinges on two performances by actors who excel at selling the juxtaposition of their characters. Max Records is best known as Max from Spike Jonze’s 2009 adaptation Where the Wild Things Are. In I Am Not a Serial Killer, he shows us that performance was no fluke. Records is called on to sell a character who often has a rage of contradicting emotions going on inside him, and he does this perfectly. It’s a performance that calls for Records to be both despicable and likeable, which is a tricky balancing act that he makes seem effortless. Hopefully, Records will go on to have a great career as an adult actor that will be something to see.

Christopher Lloyd as the villain is likewise sad but has an inner nobility that’s been absent from our screens for a while. Lloyd was a prominent figure of ’80s cinema but has been gone for too long, and this film is a great reminder of what he is capable of. He delivers a performance that is nuanced and sympathetic when it could have lapsed so easily into scenery-chewing. His character is one who knows his time is at an end, has made peace with it and is faced with a choice between humanity and savagery. There is so much said on his face with few words, and it’s one of the standout points of the film. 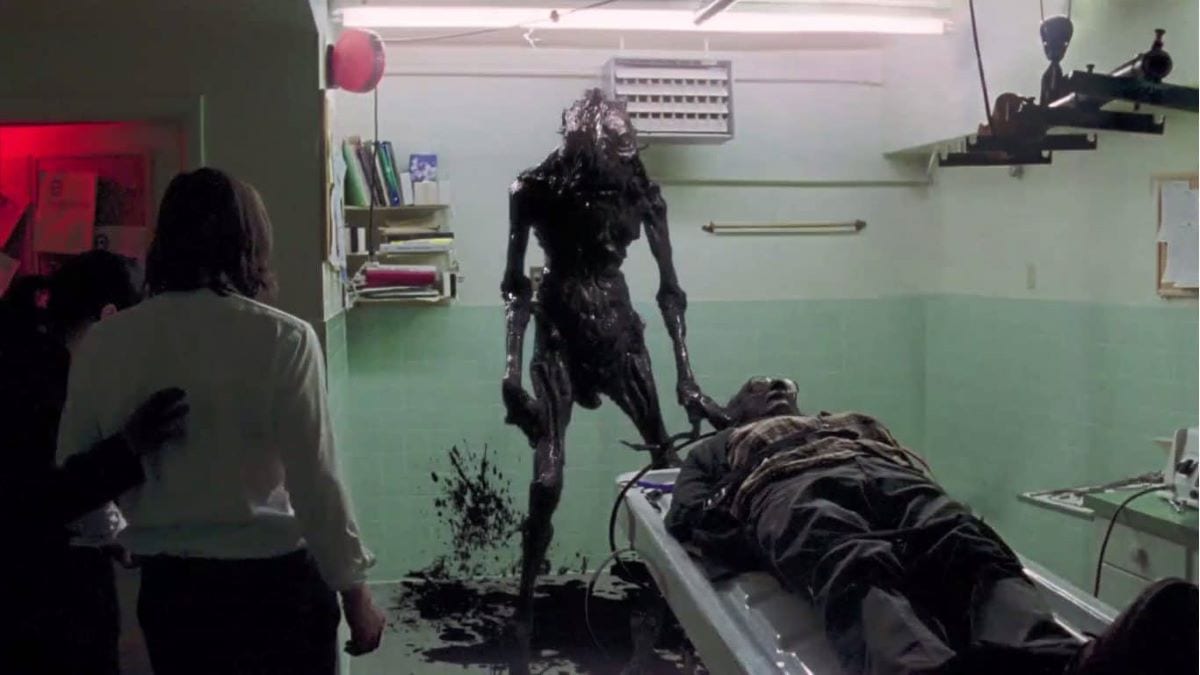 Although it premiered at SXSW in 2016, the Film Twitter hype train never really got behind I Am Not a Serial Killer the way they later did with lesser, similar films like Summer of ’84 (2018). The film came and went on VOD and squeaked into cinemas internationally late in 2016 with a worldwide box office take of less than $25K. It’s possible the film is just too many things at once for any crowd. It is too strange in its left-field turns for the mainstream and too deep for the gore heads.

I Am Not a Serial Killer remains an underrated gem that did not get it’s due and is ripe for discovery by alienated teens worldwide. It is a “Monster Movie” in multiple senses of the term, with a poignant and moving central theme that resonates with anyone who stumbled through their awkward teenage years.