Last week I broke down the first two episodes of Fargo Season 4 into its now-familiar parts, a tableau of gothic Americana weaving themes and imagery from the Coen-verse into a historically accurate depiction of Kansas City in 1950. Episode 2 left us on a cliffhanger, with Ethelrida’s father discovering the poisoned pie left by Nurse Mayflower on the doorstep of the Smutney funeral home, disappearing inside just before the house is stormed by the feds.

Going through the intricacies of the rival Fadda and Cannon families, I neglected to mention the surprise visit from Ethelrida’s felon aunt Zelmare (Karen Aldridge) and her partner Swanee (Kelsey Asbille), who broke out of prison once they found out about the Smutnys’ debt to the Cannons. The opening sequence is tense, entertaining television, but plot-wise doesn’t really move things forward other than introducing us to Timothy Olyphant’s belligerent U.S. Marshall, Dick “Deafy” Wickware.

I have a lot more to say about him and how his Mormonism defines his character, but I have to point out that Olyphant does a great job of glossing over unashamed bigotry with schmoozy charm. This season is having a lot of fun with characters like Nurse Mayflower and Deafy who get away with spewing vitriol without so much as a second glance, whereas Swanee is reprimanded for her language even when she refrains from swearing. It’s one of the more interesting motifs to watch for this season, illustrating how much power and control is exercised through words.

The increasingly disturbing relationship between Josto Fadda and Nurse Mayflower subverts a lot of the expected power dynamics between the two. She is pursuing him rather aggressively, and assumes her playful flirting is both interpreted as such and reciprocated, choosing to ignore the fact that it took a line of coke to jog his memory of her. In reality, Josto is surprisingly candid about his thoughts, but once again his meaning is lost on Oreatta, leading to a pretty awkward hand-job scene while Jessie Buckley sings “Battle Hymn of the Republic.” The lines of consent are murky in this encounter even under generous interpretation, but Mayflower clearly has boundary issues and I have a feeling neither of them would recognize this as sexual assault. 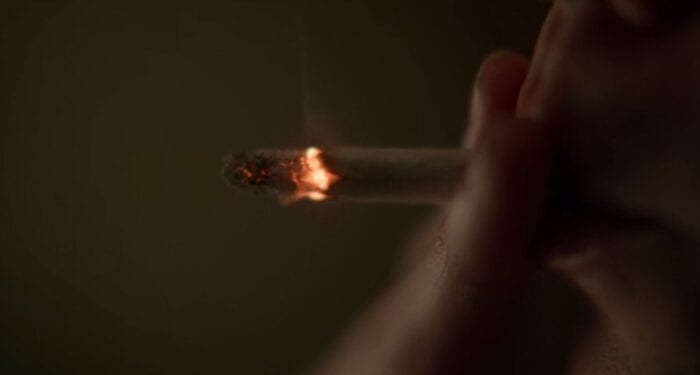 Later on, Swanee shares a bit of her backstory in a monologue that reminded me a little of some of the mythology in Twin Peaks. She describes being abused by her father, a Chinese immigrant who worked on the railroad, and according to her “heard voices on the breeze,” and “walked with two shadows.” If the parallels to Laura Palmer didn’t already spring to mind, Swanee’s story ends on a closeup as she inhales her cigarette while the ambient noise crescendos, both trademarks of Lynch’s film style. And of course, there’s the ipecac poisoned pie that Swanee ingests. I’m starting to wonder if this trend is Fargo expanding its visual references to other significant auteurs beyond just the Coens. For instance, this season uses a similar deep focus technique seen in Citizen Kane, mostly with Gaetano Fadda, exaggerating Salvatore Esposito’s already melodramatic performance. The power struggle between Josto and Gaetano is the dramatic focus of this episode, and they are as mismatched physically as they are in ambition and cruelty. Josto fails to make a presence in scenes when his power is challenged, and when his brother is in the room he can’t even escape the frame.

In the opening moments of the season Ethelrida introduced us to the American story through feuding immigrant crime families at war with each other for as long as they have been marginalized by the white protestant ruling class. The struggle brings with it a projected criminality, and the unspoken truth of the time, but evident from our historical vantage point is that American assimilation often means assimilation into whiteness. Deafy tells us quite a bit about how his Mormonism shapes his worldview, establishing him as more of a religiously motivated inquisitor than detective. It also reaffirms the show’s thesis on who, historically, has been granted the privilege of being American.

The bit about the extermination order in Missouri is a true story. Around a century prior to these events, Mormons were a fringe Christian sect migrating from the midwest to where they would eventually settle, in Salt Lake City, Utah.  On October 27, 1838, Governor Boggs signed “Executive Order 44,” which stated that “the Mormons must be treated as enemies, and must be exterminated or driven from the state if necessary for the public peace—their outrages are beyond all description.” The outrages, believe it or not, were mostly over financial disputes and a general distrust of Joseph Smith’s prophetic claims. While Smith did take his second of many wives earlier that year, it was not widely known that the Mormons were polygamists until they relocated to Utah. Smith’s murder in 1844 led to a succession crisis, and the sect that followed Brigham Young out west grew to be the largest, mostly thanks to polygamy and their political dominance over the region. And even though the remaining Mormons, including most of Smith’s family, ended up settling near Kansas City, the extermination order in Missouri was not rescinded until 1976.

It was a generation after Brigham Young when Mormon leaders in Utah started undoing polygamy as they negotiated political power between Utah and the United States. As more people settled west, Mormons had incentives to get along fairly with their neighbors. The first Mormon elected to Congress was not seated due to polygamy, and the federal government began seizing church assets and made its clergy effectively fugitives. By the turn of the century, Mormons had received a prophetic revelation that polygamy had outlived its usefulness, and the Mormons were ready to settle down. They found common interest with evangelicals on prohibition and became staunch defenders of capitalism in their university and political influence. In less than fifty years, Mormons went from freak outsiders to pillars of the national community.

The evolution of Mormonism can also be tracked in the history of cinema. In the 1922 English silent film Trapped By The Mormons portrays the titular Mormon as a Dracula-like predator, kidnapping women for his harem. By contrast, the 1962 film Advise & Consent stars none other than Don Murray (Bushnell Mullins from Twin Peaks) as Brigham Anderson, a Mormon Senator from Utah. Mormons had successfully rehabilitated their reputations enough by that point that the character’s religious background was meant to signal his implied good standing and morality.

Somewhere in the middle we have a character like Deafy, a racist who justifies his bigotry with scripture while moving through the world with a secure belief in his own patriarchal superiority. For him, the religion is nothing more than a means for his brutal authoritarianism, giving him license to call out the police captain’s profanity and smugly turn down caffeine, and he intends his declaration of his priesthood status to land with the same weight as his U.S. Marshal badge. His nickname, bestowed upon him for his habit of hearing only what he wants to, mirrors the methodology adopted by Mormonism to reshape themselves in an image more appealing to outsiders, which includes cozying up to law enforcement. In 1953, just a few years after this story takes place, the mainstream Mormon church pressured and assisted the federal government in raiding a polygamist settlement in Short Creek, Arizona.

Lastly, I have to mention Andrew Bird as Thurman Smutny. Fargo loves its sweet fatherly figures who buck the trends of toxic masculinity, from John Carrol Lynch’s doting husband Norm Gunderson from the film (“You gotta eat a breakfast, Marge”) to Lou Solverson in both Seasons 1 & 2, played by Keith Carradine and Patrick Wilson, respectively. Bird is an interesting addition to this tradition, not just because it is the indie folk singer and violinist’s first major acting role written specifically for him, but there’s also a bit of mystery behind his nurturing demeanor. Either way, I just hope his fiddle fingers survive to the end of the season; the poor guy seems to be in a little over his head.