After two weeks and more than fifty films, the 2020 BFI London Film Festival has come to a close. In light of the COVID-19 pandemic, there were many exceptions to the rules of this year’s festival, particularly when it came to the Audience Awards. Only those films which were available to the public online were eligible, which unfortunately meant that many of the festival’s biggest releases like Nomadland, Mangrove and One Night in Miami… were ineligible for the awards, as they only screened publicly in person at the BFI Southbank and virtual screenings were exclusive to press delegates. I should have most liked to see Steve McQueen’s Mangrove triumph in the best film category, Regina King’s One Night in Miami… as the best debut, and the Ross Brother’s superb Bloody Nose, Empty Pockets for best documentary. Benjamin Ree’s superb The Painter and the Thief was a thoroughly deserving winner in the best documentary category, although I was underwhelmed by Another Round, which audiences picked as the favourite of those eligible, and would much rather have seen Supernova or Herself awarded the prize.

However, to add some categories of my own, just for the sake of posterity and interest, my own nominees and winners would be:

Of the fifty-six films screened to press delegates over the past two weeks at this year’s festival, I managed to watch all but three, Bad Tales, If It Were Love, and unfortunately Nomadland, which I was very eager to see, but for which there was limited availability. The other two films screened during my visit to the festival in person. Of the remaining fifty-three films, I have assembled my own personal ranking of them all, from least to most highly recommended.

“New Order projects an adolescent immaturity that always leaves it feeling nihilistically divorced from reality, in a way that feels more like tasteless provocation than urgency.”

“An exceptionally dry comic drama that bears the tone of a drama and the substance of a comedy, able to do justice to neither potential appeal.”

“Despite sharing so much DNA with a variety of other psycho-thrillers by the numbers, The Intruder hardly seems to know its own steps.”

“No doubt a certain crowd will paw over it delightedly, but I wasn’t terribly convinced by its jabs at either profundity or comic absurdism.”

“However much the film may succeed on a momentary level, it ends up being only a vaguely pleasant diversion, rather than a really satisfying exploration of its best ideas.”

“The combination of a slow pace and a dispiritingly generic story arc sadly results in a less than inspiring end product.”

“As much as I respect and understand this endeavour, and sympathise with the themes of Genus Pan, I can’t say that I found it the most enlightening or insightful meditation on them that we’ve seen.”

“It’s a shame that The Cheaters doesn’t display a more modern sensibility than many of its contemporaries, but for aficionados of the silent era it makes for an engaging piece of coincidence-driven melodrama.”

“It was certainly a distressing and effectively bleak experience, but I struggled to pull a rewarding thematic statement from its far-fetched premise.”

“Due to its reliance on a narrow but rich vein of cringe comedy, Honeymood will likely be an acquired taste.”

“Through its broad and varied canvas and sensitive uses of stylism, The Reason I Jump does an admirable job of translating Higasida’s vital message to yet another new audience.”

“Thematically the film doesn’t come alive as a romance and it doesn’t explore enough territory of one genre to pull in one solid direction, feeling non-committal and vague instead of well-balanced.”

“Its slices of life coalesce into only a fragmentary and somewhat despairing tapestry, leaving the viewer feeling more hopeless than inspired to action.”

“Ultraviolence is an urgent and much needed testament against injustice, violence and negligence, albeit one needlessly embellished by Fero’s own artistic sensibilities.”

“Despite the restrictions of spontaneity and documentary, however, I Am Samuel is nonetheless a touching, poignant and often deeply moving paean to the indomitability of true love.”

“An idiosyncratic, unique and appropriately strange and ambitious film with an aura of melancholy wit, and one that perhaps says more about the people who made it than its subject.”

“A surreal and off the wall piece, powered wholly by dry wit and big heart, that viewers may find both hilarious and deeply moving.”

“Another Round is a resolutely lightweight and middle brow affair, that […] isn’t quite as uncomplicatedly good fun as it seems to be aiming to be.”

“It is indeed a successful film that accomplishes its harsh goals, but its outward coldness will keep all but the toughest viewers at bay.”

“The film’s exploration of the formative influence of the imagery and iconography used in these advertisements on black culture and identity was certainly fascinating, but it’s only in the film’s last act that it shows its hand and reveals its motives.”

“Elements come through more strongly in the first half, built around a maddeningly careworn performance from Akuwudike.”

“Those with the patience to stick its academic leanings, though, will most certainly be rewarded with a poignant cautionary character study that will linger long in the memory.”

“There are times when Limbo is easily the funniest film of the festival. However, as the film moves into its second half, and winter sets in on the island, it grows progressively more serious and tragic.”

“The film is anchored by the lonely, often impassive and shy performance of Scanlon.”

“200 Meters maintains a touching balance between family togetherness and the absurdity of division, neatly articulated by its central image.”

“Despite its slow pace, its consistently claustrophobic and sensuous tone is frequently intoxicating and unforgettable.”

“Farewell Amor intimately tells a moving and personal story of renewal and paints an entirely positive picture of cultural integration.”

“Cicada‘s poignant and sympathetic message about the importance of sharing and discussing your emotional pain still comes through.”

“At even a mere 72 minutes, the film’s concept does stretch itself, but it never becomes a trying watch thanks to the alternately playful, thoughtful and philosophical tone.”

“Ironic and witty, and only occasionally feels as if it’s hitting the intended notes.”

“It’s a sad, reflective and even befuddling romance that may require multiple viewings to fully unlock.”

“Frequently poignant, incisive and profound, whilst being charmingly human and endearingly funny.”

“A subtle, poignant and atmospheric film with plenty of ambiance.”

“Despite the film’s refusal to water down its own cultural specificity, the drama of Mogul Mowgli never feels inaccessible to outsider viewers.”

“It may take a while to get into gear, but Miranda July’s third feature is nonetheless highly recommended, exhibiting the uncannily endearing qualities of her breakthrough work.”

“David Byrne’s American Utopia has achieved such a sincerely jubilant register, that it would hardly have mattered if the funky, rich, warming post-rock weren’t really your thing.”

“a graceful and epic tale of time, the power of love, the resilience of family, and the tragic injustice of separation.”

“It’s the sheer density and richness of ambiance that the film relishes in, as director McQueen envelops the viewer in a time and place and a community fondly remembered.”

“The film could do with a polish, but it has a youthful openness and honesty rare in documentary cinema.”

“Relic certainly falls on the smarter and more emotive end of the horror spectrum, but it nonetheless manages to produce some effectively nightmarish sequences out of very simple components.”

“Gently unfolding to the strains of a wistfully plucked guitar, it’s as peaceable, thoroughly charming, and beautifully understated as any of Kore-eda’s cinematic works.”

“The viewer’s emotional investment in the two real protagonists never wavers, as they find themselves pulled into something bigger than any documentary.”

“A cathartically sinister and malevolent film with an atmosphere even the sharpest knife wouldn’t penetrate.” 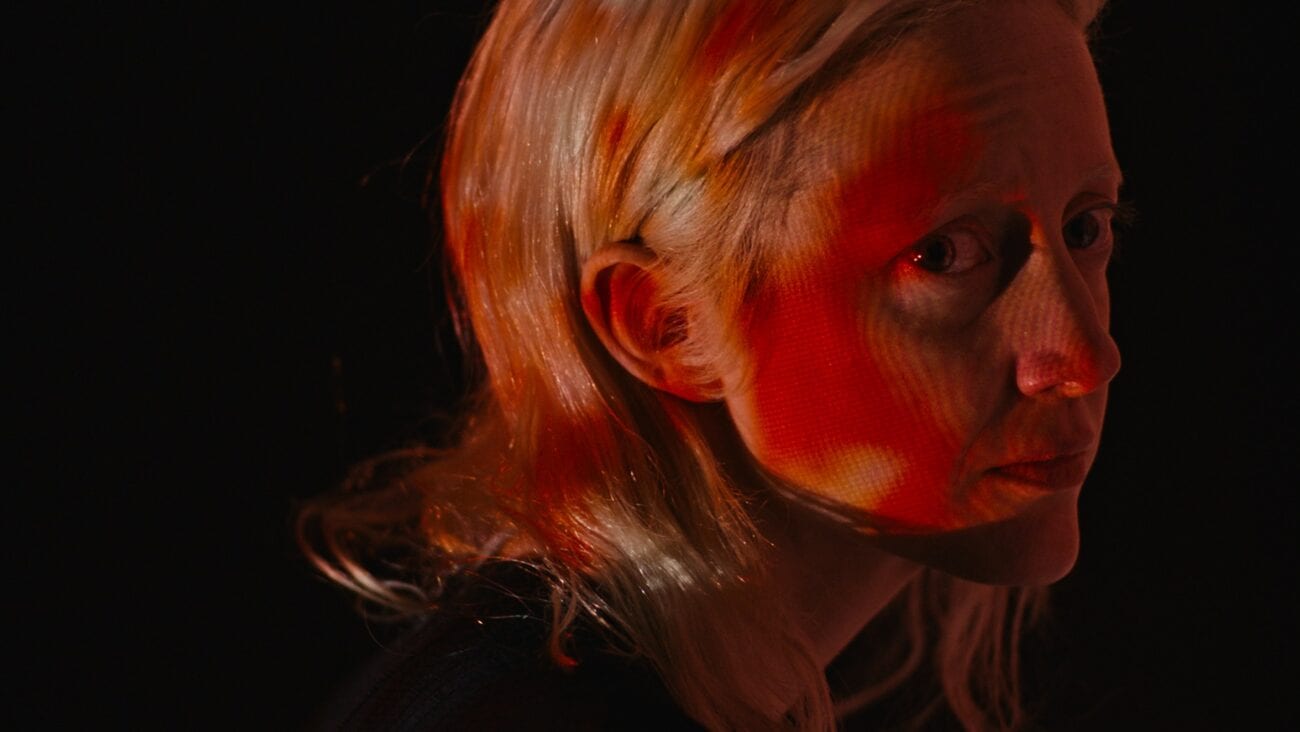 “The themes are political and timely as a statement of black power and solidarity, but the presentation is loose, familiar, and as intimate as it is glamorous.”

“A fiercely defiant portrait of sisterhood set against a backdrop of the legacy of sectarian violence and anchored by two tragically splendid performances.”

“It’s a full-on, too long, should’ve gone home hours ago and you’re getting emotional, tears-in-your-beer night out in documentary form, and a deeply poignant, emotional and revealing experience.”

“Decker employs the same nightmarish, disorienting, claustrophobic and unwholesome intimacy, one that is grotesque and repellent yet inescapably alluring and exciting.”

“Wolfwalkers is another thrilling, warming and deeply moving fantasy adventure, filled with gorgeous sights and sounds for the whole family.”

“In its own phenomenally reserved, middle-brow and mature way, one of the truest and most beautiful films ever made about love and death.” 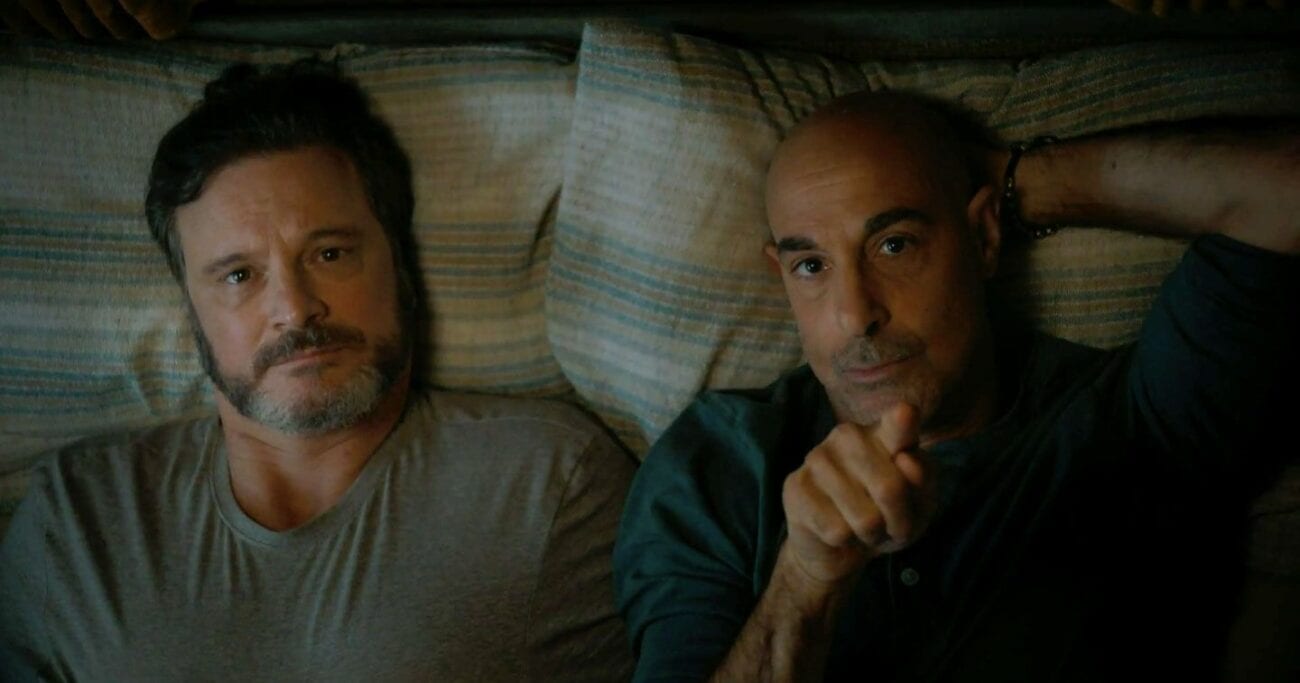 “Herself takes tough, serious social issues head-on, yet manages to somehow be one of the most uplifting and inspiring films of the year, without feeling even the tiniest bit flippant or shallow in its approach.”

“A tremendous and worthy addition to McQueen’s canon and a piece of filmmaking as phenomenally engaged as it is engaging.”