Fargo S4E5 isn’t a typical origin story, but it is an origin story nonetheless. It isn’t the origin of a hero or villain, or character at all. Or even the place Fargo, North Dakota. But it is the origin of the corrosive underworld we’ve come to recognize as Fargo, the vaguely supernatural element of gothic Americana that Noah Hawley set out to recapture from the Coen brothers. The events depicted take place earlier than the Sioux Falls incident we saw in Season 2, and decades before the final scene of Season 3. There is a pretense of disconnection between the stories, and Fargo is an anthology series at its core, but it has a larger arc to its scope. Season 4 is a story about beginnings, and the stories are true even if nothing like this ever happened. Because we know, especially living in America in 2020, that things like we saw in this episode happened often enough that everything we see is entirely believable. Oddly enough this season, despite all of the trademark Fargo moments and tension, lacks the same ominous doom that the more northern stories from previous seasons carry. It’s as if here is where the Fargo universe actually drifts from our own. We are watching the rise of a nefarious entity as it clashes with the modernization of the American west, something separate and faceless that looms in the shadows of the series’ future events.

The title of Fargo S4E5, “The Birthplace of Civilization,” comes from Ethelrida Pearl Smutny, who by now is learning the world she thought she knew is more complicated. Her aunt Zelmare explains the difference between criminals and outlaws, and later on Ethelrida learns why its so difficult to live outside the system. When she refuses to give up her aunt’s location to Deafy, he demands that she behave “in a civilized manner,” to which she responds that since Africa is the “birthplace of civilization,” they share the same ancestry. Ironically, Deafy probably believes that the Garden of Eden was the birthplace of civilization and like most Mormons, probably also believes that the original location of the mythical garden was in Jackson County, Missouri, just a few miles from where they’re standing. 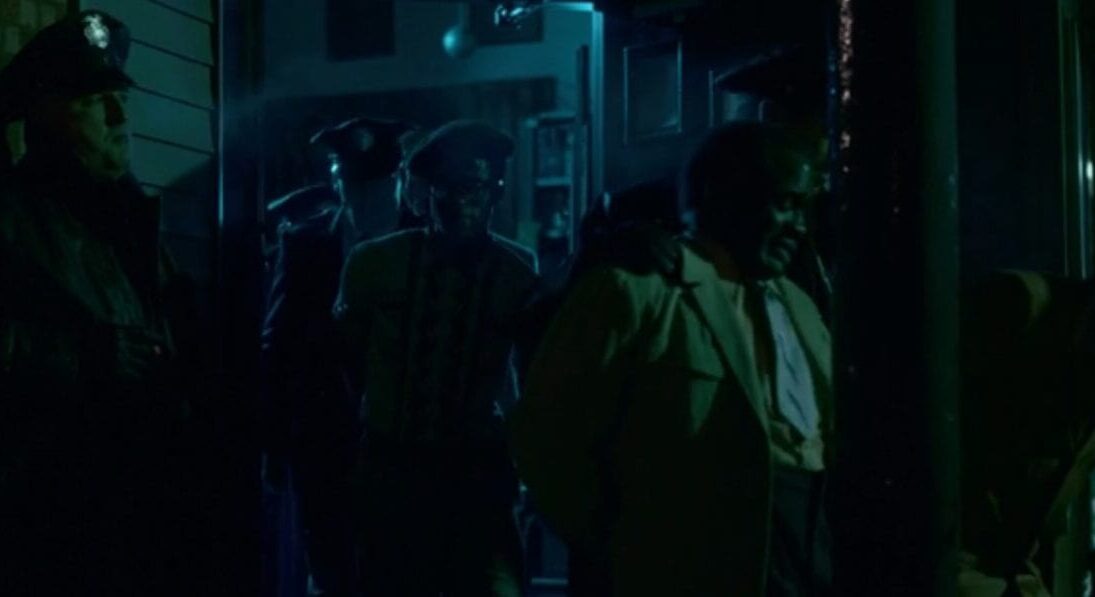 And yet, the events in Kansas City 1950 are as much a mythological genesis of our own reality as it is the Coenverse. Fargo S4E5 opens when police raid a jazz club, targeting Lemuel Cannon and choking his bodyguard, Leon. Scenes like this were rampant in the ‘40s and ‘50s as jazz gained popularity and law enforcement seized on new drug policies as justification for beating the typically minority musicians and locking them up—a good head start to the prison industrial complex. The images of police escorting Black men out of a jazz club reminded me of the infamous photos of Miles Davis wearing a yellow blazer covered in his own blood after cops similarly beat him with a baton. It is a haunting spectre of the jazz age, showcasing the dichotomy of an undeniable genius who ushered in The Birth of the Cool while living under the brutality of a white supremacist state that is more or less still intact to this day. The striking black and white photos were fresh in my mind after spending the weekend getting nostalgic over some old Flaming Lips interviews—the incident inspired Wayne Coyne’s look of smearing blood all over his head while wearing a suit.

I’ve loved Chris Rock in every scene so far as Loy Cannon, but S4E5 feels like he’s finally starting to stretch his character’s confident exterior, revealing some vulnerability while also refining Cannon’s cold determinism. Like Rock himself, Cannon delivers uncomfortable truths and speaks so plainly to the realities of human behavior as well the dynamics of power. When the cops show up at Cannon’s bank for a shake down, Loy retains his composure and frightens Odis with a bit of knowledge into his military career. Of course, he has a harder time keeping his cool when he’s challenged by his wife and mother-in-law at home, but if it wasn’t clear that he’s starting to feel overwhelmed by the impending war, it certainly is by the end of the episode. But more on that later. 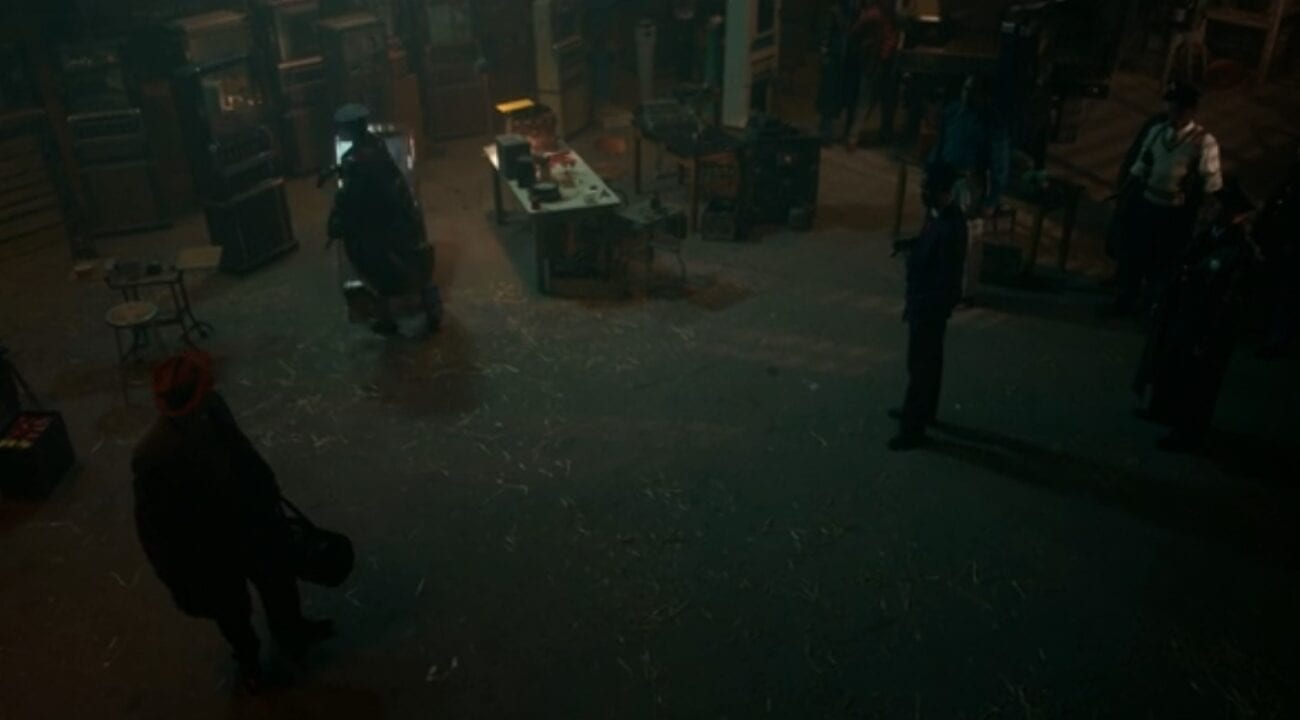 We then find out that in this instance the police are working with Josto, who again is underestimating just how bloodthirsty his brother is. This conflict is still driving the plot, but the Fadda’s numbers are noticeably dwindling–it seems like both Josto and Gaetano are down to one man each they can actually trust, and neither of those two seem particularly loyal to the Faddas. Rabbi Milligan (Ben Whishaw) is a survivor first and foremost, and he’s taken Satchel under his wing not only out of shared camaraderie as the traded son, but it’s apparent he wants to pass on his own particular survival skills to keep this kid alive, and it is actually pretty heartwarming how seriously he takes this charge. Constant Calamita (Gaetano Bruno) on the other hand, is losing patience with his boss’ manic behavior. Gaetano’s serene ballet across the street before slipping on ice was truly already worrisome, but when he began berating the cafe owner and ranting about America’s “lady Jesus,” even a hardened criminal like Calamita could tell something was off. Every actor in this show is phenomenal but Salvadore Esposito easily steals every scene he is in, delivering an over-the-top performance of a violent toddler with whispers and grace. It is truly bizarre and wonderful. 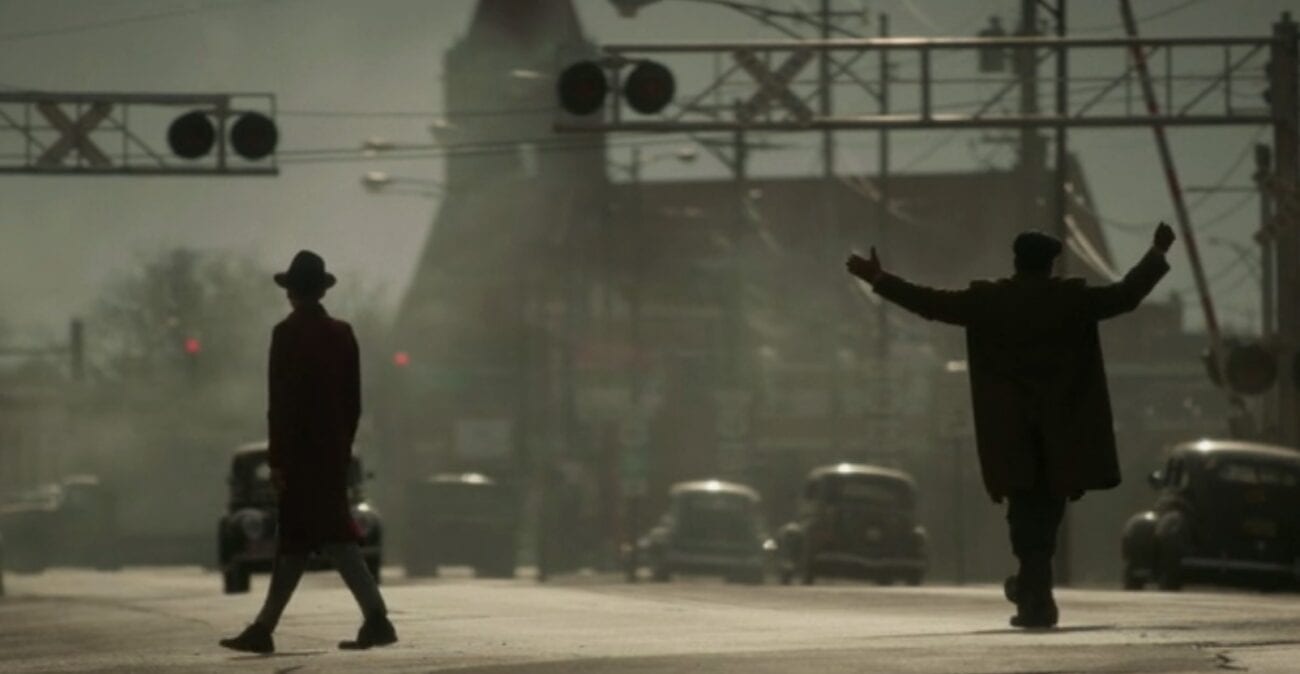 What’s not so wonderful is the tragic end to the Doctor Senator. Glynn Turman’s performance was stellar all around, but his final scene stands out with its complex of emotions. As his last act, Doctor Senator denies Calamita the respect he reserved for Violante. He stares down Calamita, accepting his fate, before paying for his final coffee and thanking the waitress with a loving touch on the hand. As he walks back to his car, Calamita cowardly shoots him in the back. Even Death did not give Doctor Senator the respect he deserved. But that brings us back to Loy, who is undoubtedly set back by the murder of his closest confidant and business partner. He’s now acquired the Smutny Funeral Home after Thurman’s blunder, and rescued Zelmare and Swanee from the clutches of the U.S. Marshall, but it’s not looking good for the Cannons.

I’ve seen this season get some flack for not living up to the high stakes tension of the first three seasons, which is probably fair, but again, I’m looking at this story as an origin for some of the greater evils that take place later on. I recently finished a rewatch of Season 3, which is much more apocalyptic in its tone. The threat of someone like David Thewlis’ Varga lies in the vast unknown of his panoptic empire built on lies; he is the logical result of the “pretend” Violante talked about in S4E4. Nothing like he exists in this Kansas City, at least not yet. But like I said at the top, we’re witnessing its emergence. The guns stolen from the Fadda’s last episode reappear in S4E5 when the Cannons sell the cache off to Treehorn Trucking, and I’m willing to bet the man in the cowboy hat is none other than Deiter Gerhardt from Season 2. We know the story from that point, enough to recognize when these characters are headed for disaster. But these are still the criminals of the old world, both as immigrants and the last remnants of a bygone era. We might not know how things end in Kansas City, but we certainly know how things end in Fargo.