Believe it or not, the superhero cinema of the Marvel Cinematic Universe was not always the well-oiled machine it would become. These days we are used to getting two or three adaptations of Marvel property per year, and more often than not they work to a specific template that endears them to the public, but rarely goes outside of a blockbuster formula with any shocks or breaks from the norm. It wasn’t always the case; pre-2008, accurate and crowd-pleasing versions of Marvel characters on screen were a fluke rather than a given.

Starting with Blade in 1998, comic book properties from Marvel were suddenly seen as viable propositions for the big screen. Blade turned out to be a big unexpected hit, even with its very R rated adaptation of a lesser-known Marvel character. Following this, despite a studio that lacked faith in the material X-Men (2000) turned out to be another big hit from Marvel source material. Sequels to both Blade and X-Men would follow and Sam Raimi’s Spider-Man then became a massive success in 2002 with a film that still stands up today alongside its even better sequel. Studios then started to look at the Marvel comic adaptation as a viable proposition, but would often adapt in line with current trends or what was cool to the kids of the day which meant that whilst not always successful, it was always interesting to see.

In the early ’00s director, Ang Lee was hot thanks to his wuxia masterpiece Crouching Tiger, Hidden Dragon (2000) becoming a crossover hit that was popular with audiences and critics alike. Previous to this Lee was mostly known for his critically adored Sense and Sensibility (1995) and The Ice Storm (1997). He turned out to be a surprising choice for one of Marvel’s pulpiest properties—the Hulk. The thinking of the time was that after Sam Raimi and Bryan Singer, Lee was another director who could elevate the material into something to be taken seriously rather than going with another music video director who would add the required flash but little in the way of substance. 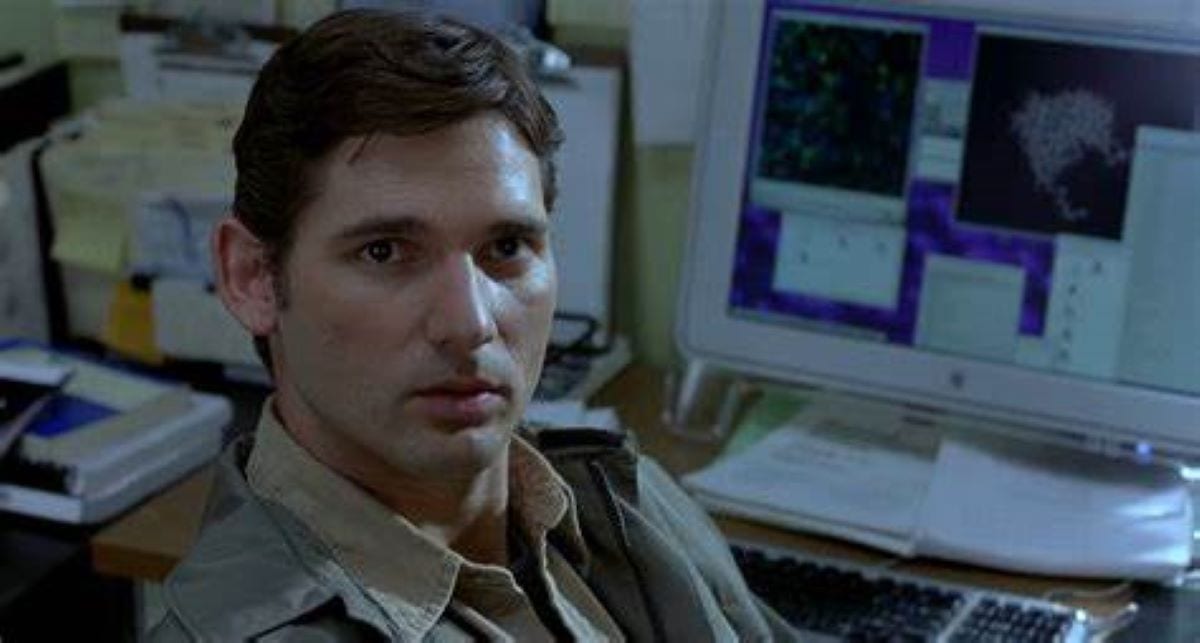 Despite a prominent summer release slot in 2003 a year after Spider-Man and some heavy tie-in merchandise aimed at the kids, Hulk was not the huge blockbuster expected. It ended up making 245 million worldwide, which after Spider-Man’s 825 million haul at the box office was seen as a major step down.

The Hulk on the screen up to that point had mainly been known via a popular ’70s TV show starring Bill Bixby featuring a green painted Lou Ferrigno as the monster in question and run by later V and Alien Nation producer Kenneth Johnson. This show may not have had the effects to do the property justice, but if you ever wanted to see Hulk fight a bear, then you were going to be satisfied. There were also some animated shows for the kids at various points, but most of the Hulk’s best stories remained confined to the comics page. Development on a possible big-screen version of Hulk heated up in the ’90s as most things did after the success of Batman (1989). The problems with earlier scripts always seemed to be either a ballooning effects budget or a problem of tone.

When Ang Lee came on board, he brought along his recent collaborator James Schamus to revamp the current drafts of the script by John Turman and Michael France. The end result is something that was well received at the time with critics if not audiences, and now seems to be largely reviled with a shocking IMDb score. Having gone back to the film recently after many years, I still found a lot to like in this film, but it is definitely caught between its lofty emotional ambitions and its source material. It’s worth noting that future MCU uber-producer Kevin Feige is in the credits here and perhaps a lot of the lessons here went into how Hulk would later feature in the MCU.

The opening credits of Hulk feature a montage of microscopic cells and one of Danny Elfman’s most underrated scores that would suggest what you are about to see is a sci-fi flick. In a further departure from the source, we have perhaps one mention of the word “gamma.” The unwieldy science in Hulk is that old standby of nanotechnology in an attempt to manipulate genetics and create regeneration of dead tissue, something the military is understandably interested in. Once Bruce (Eric Bana) and Betty (Jennifer Connelly) are introduced, the film is mostly concerned with sketching out the dying embers of a relationship, with both parties seemingly unable to get past the abandonment issues they have been caused by their respective fathers.

This is the main concern of the screenplay that Lee is working from, the good old sins of the father passed on to their offspring. Literally in Bruce’s case as he has no memory of his parents aside from repressed memories of something terrible happening behind closed doors when he was an infant. Bruce’s father David Banner (Nick Nolte) has genetically passed on something to his son thanks to his own unethical experiments, and this is awoken after a lab accident where Bruce saves a colleague. David comes back into Bruce’s life, reveals his true identity and it all comes spilling out as a destructive id monster. 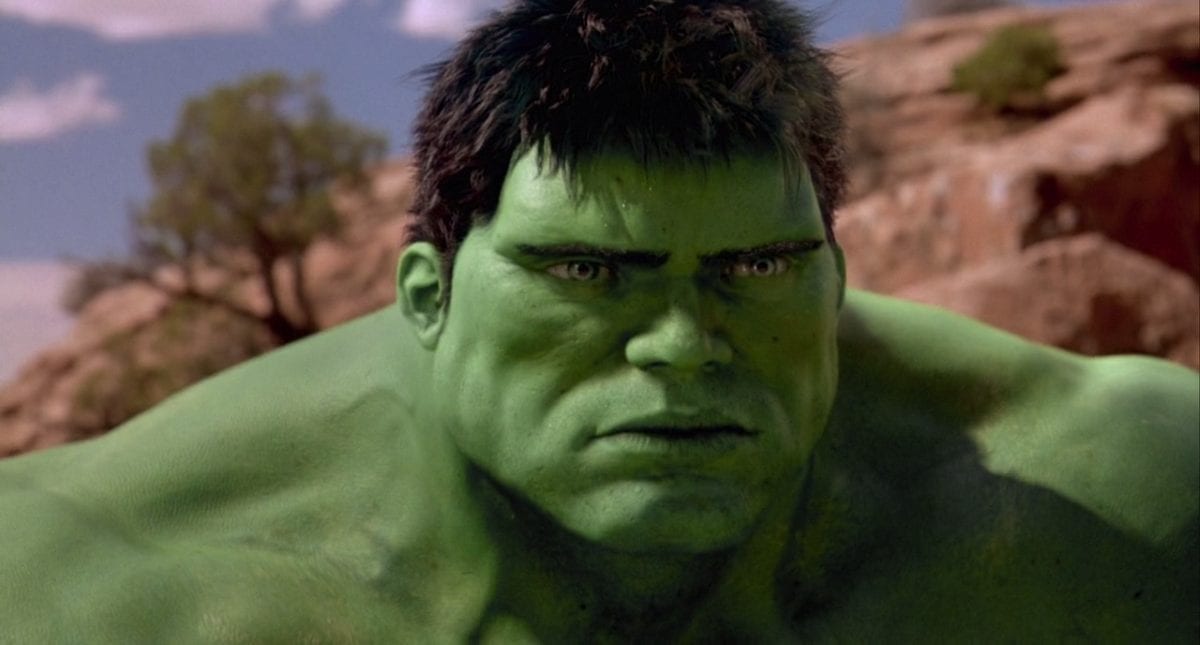 Lee’s version of the Hulk is nowhere near the disaster that some claim. There is a weight to it that is missing from superhero cinema before 2003 and after the conclusion of Christopher Nolan’s Batman films. Eric Bana, Jennifer Connelly and Nick Nolte actually give it their all and are given meaty scenes full of emotion to regularly counter the effects-heavy second hour. There are heavy themes in Bruce’s arc concerning pre-destiny and damnation, the question is whether or not he will follow in his father’s morally dubious footsteps and if he can save himself once the repressed anger is unleashed. The closed-door in Bruce’s memories comes to represent that place within him where Hulk was always waiting. When the memory flashback plays out in full, we see that his mother, in a final act of love, died trying to save Bruce’s life. Along with his love for Betty, this represents possible salvation for Bruce from the self-destructive rush of the Hulk.

When you are stuck in a long term destructive relationship, it often takes some kind of shattering event to finally get out of it and see people for who they really are. Despite his absence, Bruce was stuck in a loop of repression by his father. When David comes back later with Bruce’s possible self-destruction on the cards, Bruce is able to see finally that he was nothing more than another experiment to his father. Not considered a child in the traditional sense, but a symbol of some kind of narcissistic pride when Hulk was finally unleashed. The climax features a father finally undone by the repressed pain he has caused his son in a finale that is confusing if you try and interpret events on a pure popcorn level but makes absolute sense in terms of the emotional journey. The film does have a final monster versus monster battle that this kind of film should have, but it comes after a cathartic confrontation between father and son. The final battle then takes place in a cloud of memories and sins confronted, which ultimately overwhelms the aggressor when the guilt combined with uncontrollable power becomes too much. This scene doesn’t really gel with your traditional final battle in a summer blockbuster, it feels emotional rather than physical, and yet it fits with the themes that Lee is presenting. It’s this kind of text and universal themes within Hulk that have made me unable to write the film off as a complete failure.

Outside of this heavy plotting and relationship-centric approach, Lee seems unable to fully commit to his themes. One of the film’s flaws is its often bizarre decision to frame events as if you are scanning through a comic book. This feels intrusive with its sudden cuts to split-screen or characters fates left confusing thanks to odd decisions in framing. Then we come to the issue that has perhaps prevented the film from leaving as lasting an impact as Spider-Man or X-Men 2 (2003): the effects work.

During its stint in development hell, there were concerns about how to portray Hulk on-screen with a possible practical version being mooted at one point. With some of the big names in special effects that worked on Jurassic Park (1993) onboard, and six months after the first appearance of Gollum, it was expected that the big screen Hulk would represent the next big leap in what could be seen on screen, and well…not so much. The effects work in Hulk was met with some head-scratching at the time and became almost instantly dated. It was another example of effects work in the late ’90s and early ’00s trying to run before it could walk, and The Matrix Reloaded (2003) suffered some similar problems a month before Hulk’s release. 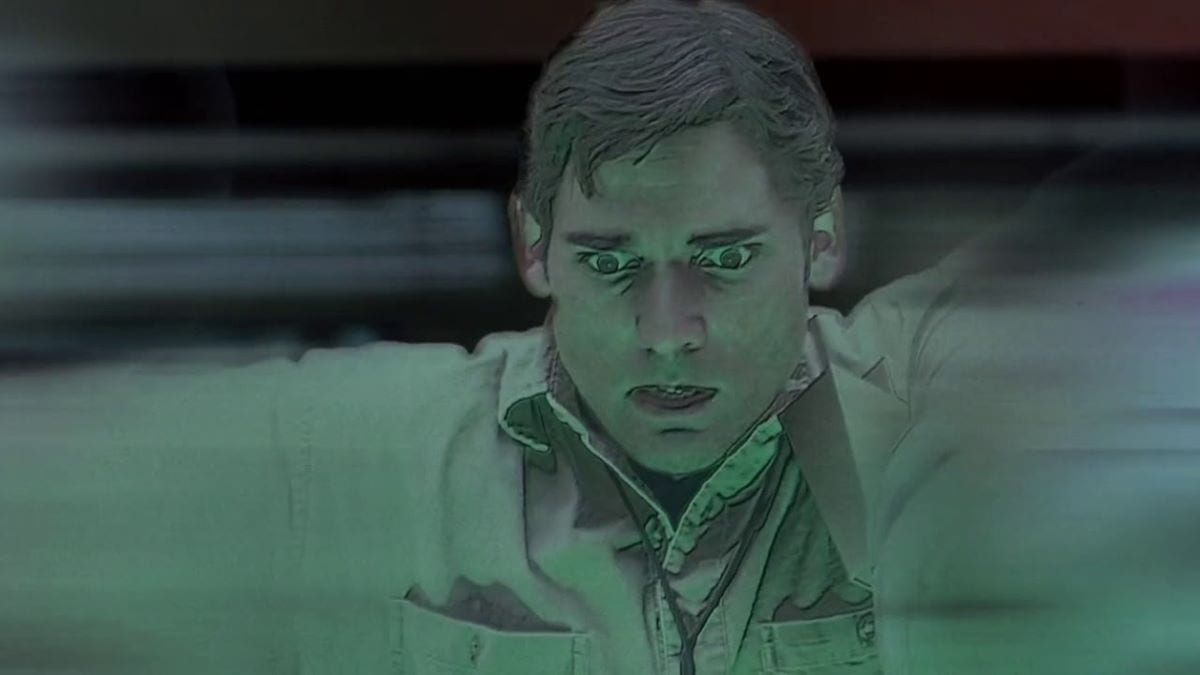 Early on the scenes with the monster are wisely kept in the darkness. As the film goes on, he appears more regularly in daylight. The first thing you notice is that he is very green, which seems a weird thing to say, but it stands out when you look at the difference between this and the 2008 reboot of the character. In a further attempt to add weight to proceedings, Ang Lee often focuses on Hulk’s moments of quiet contemplation when he isn’t smashing something, and Hulk’s face is often just a blank, with an expression that just looks empty. The gravitas they were going for as Hulk considers moss on a rock or gazes at Betty is largely rendered just confusing. Having said all that, the 20-minute rampage from the desert to San Francisco is still an impressive feat of action film making despite the less than stellar CGI monster.

Hulk is one of those rare films where I wish Ang Lee would do a George Lucas and go back and spruce up the effects work. The dated nature of the visuals is something that keeps people from going back, and with hindsight seeing what it was they were going for with the narrative. The character would eventually get a more successful reboot in 2008 that still wasn’t a huge hit. He would, of course, finally get his due as a supporting player in the MCU as played by Mark Ruffalo. The 2003 Hulk remains one of the few times where a director was trying to elevate the material, it goes back to some themes and plotting present in the very first stories with identifiable and relatable conflicts that everyone can appreciate on some level. Hulk remains one of the forgotten films that tried to do something different before the superhero genre became a more reliable and safe product.