Kickstarter has proven over the years that gamers are more than willing to help bring back old classics, new spins on a genre, or just unique gameplay experiences. Backing projects on Kickstarter isn’t usually in the cards for me, but lately, I’ve found myself more inclined to dip my toes in. It’s been exciting to read the developer updates and get a behind the scenes look at how games are made. While I may never make a game myself, I find it fascinating to see what goes into one, especially when it’s a small team.

Full disclosure, these are all games I have personally backed. With that in mind, let’s take a look at some Kickstarter games I’m looking forward to in 2020 and beyond. 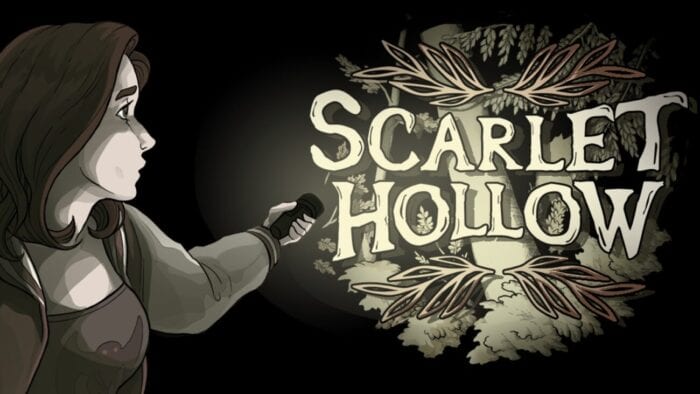 Scarlet Hollow is a horror based visual novel from newly formed Black Tabby Games, created by acclaimed graphic novelist Abby Howard and her husband Tony Howard-Arias. Best known for her comic Junior Scientist Power Hour, I actually didn’t know until recently that Abby has a huge penchant for horror, including illustrations for podcasts and an ongoing horror comic.

Following the death of your distant aunt, you venture to Scarlet Hollow for the funeral and find out something fishy is going on in this small Appalachian town. Meet the townsfolk, explore the huge mansion on the hill your family lives in, and investigate the spooky goings-on.

Planned as an episodic release, the first part is available for free on Steam and Itchi.io, with your save data being able to carry over to the newer chapters. Scarlet Hollow features some truly striking hand drawn backgrounds and characters, with 5 romance options covering a wide variety of body types and personalities. The creature designs showcased in the first episode are equal parts terrifying and disgusting, and I can’t wait to see where the story goes. 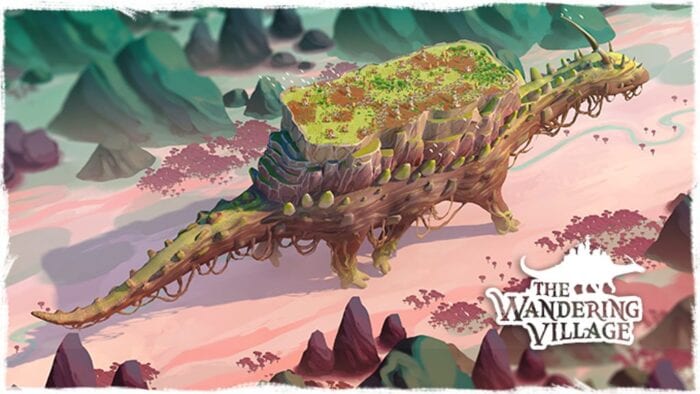 The Wandering Village is a city building sim where your clan lives on the back of a gigantic creature. I’m a sucker for these kinds of games, having played a lot of Age of Empires II in my younger years. Having the spin on this be the villagers living in symbiosis with their dinosaur-like host is fantastic. It’s an adorable gentle giant, who’s name is Onbu by the way.

The combination of 2D animated characters, static backgrounds, and 3D environments make this a gorgeous game to look at. Including a soundtrack inspired by the traditional folk music of various cultures, I really feel like this is going to be something special. Stretch goals that were unlocked include the water and ruins biome, taming birds for help with foraging and scouting, and the ability to trade with flying merchants. Finally, you can also Pet Onbu. I wouldn’t have it any other way. 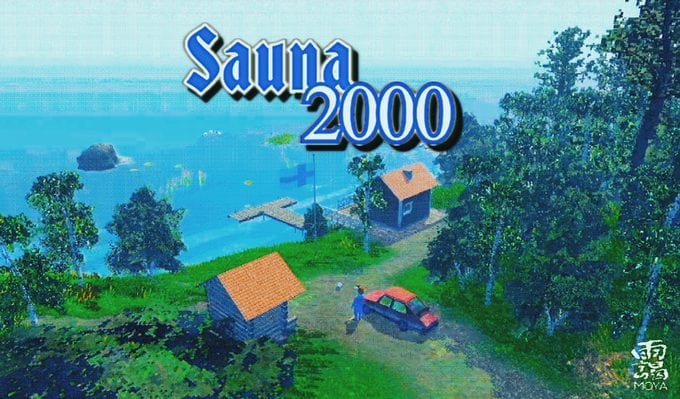 Originally created as part of the Haunted PS1 Demo Disc 2020, Sauna 2000 is a “Sauna Simulator with retro aesthetic.” Part comedic, relaxing adventure through the Finnish countryside, part investigation into a mysterious plot with horror elements, all played out in a hyper-saturated PS1 style with a VHS filter on top. Chop wood, collect water for your sauna, and explore the countryside at your leisure. The darker parts of the game are entirely optional, leaving you to wonder if this is really a sinister tale at all. Maybe I’ll do playthroughs exploring both sides!

The dev, Amos Sorri, has said he created the demo after playing Finnish developer Remedy’s Control, seeking to replicate the homesick feeling of visiting a Finnish sauna. While I can’t claim to know anything about traditional saunas, I also enjoyed Control and can appreciate that drive to create something that reminds you of home.

Continuing to be on brand as hell, the update blogs are also in the same style as the game, and I can’t wait to see more. Oh, and did I mention there will be a Karaoke bar in the game? Rad.

Taking heavy inspiration from classics like Resident Evil and Alone in The Dark with an Alice in Wonderland aesthetic, Alisa takes place in an alternative 1920s where you play as the titular character, stuck in a haunted mansion full of evil dolls while chasing a wanted criminal. You use a variety of guns and swords in combat, including assault rifles and katanas.

The game features tank controls and a 2 weapon load-out system, different dresses and body modifications to improve your stats, with a currency system and shopkeeper. Combining old school survival horror with modern gaming mechanics, there’s a lot to love here. The dedication to the PS1 style and feel rings true with this one, and there’s a demo available now on Steam.

My Work Is Not Yet Done

Finally, probably the most intriguing Kickstarter I’ve seen in recent times is My Work Is Not Yet Done by Spencer Yan. A stark, black and white landscape full of procedurally generated forests and mountains with a “1-bit” pixel style for various aspects. I don’t think I’ve seen anything quite like it, and it’s captivating to look at.

Touted as a survival simulator, it feels more like a deep introspective on being human. To be completely isolated and having only yourself to rely on, I don’t think I’ve seen a game take it to this extreme before. Hygiene and sanitation meters, digestion and excretion, caloric intake, physical and psychic trauma are all systems that will be a part of the game.

Another aspect that has brought me a lot of enjoyment is the developer updates, usually behind the scenes peeks, but also reflections. They’re detailed and thorough accounts into UI, mechanics, game lore and whatever else Yan’s working on at the moment. Extremely thoughtful and well written, I look forward to reading them every time.

Games as a whole have so many interesting stories to tell, with an infinite variety of styles and aesthetics. It’s wonderful to see people following their hearts and creating completely unique experiences.