When considering all the elements of a film that can allow the audience to engage with the art form, the atmosphere can be the most essential aspect that solidifies an audience’s attention, bringing a greater sense of enjoyment.

La Ciénaga (2001), Lucrecia Martel’s directorial and writing feature film debut, revolves around two different households as they waste time during the summer vacation before school starts for the younger children. The middle-aged Mecha (Graciela Borges) lays around in her bedroom in her neglected and dark estate while various family members wander about, while her cousin Tali (Mercedes Morán) lives in a smaller house within an urban environment with her group of younger children who often visit Mecha’s estate. As both groups lay about in Mecha’s estate and seek to entertain themselves, the film focuses on the dull lives that the wealthy Argentinian family can enjoy due to their higher social status. With various scenes of the characters trying to relieve their boredom and a lack of a musical score that is instead replaced with various diegetic sound effects, Lucrecia Martel brings the audience into the world of an affluent but disconnected family environment.

From the beginning of the film, Martel illustrates her strength as a tone-setting director through the nearly-wordless shots of older adults setting up chairs near a massive swimming pool filled with debris and unclean water. Interlaced with the images of lethargic activity and drug use are the hums of cicadas and gunshots that almost seem to imitate the actual claps of thunder over the grey and darkened skies surrounding the unaware adults. This opening establishes the often neglectful nature of the adults within the film as they wear swimwear and lay around the nearby pool, despite how filthy the water is, hinting at possible months of disarray before the gathering should’ve been planned.

Just as the host Mecha appears ignorant towards the state of her pool, she is also ignorant of where the children of the estate are as they’re heard in the distant fog-covered hills shooting guns with no apparent adult supervision. This moment of obliviousness is further reinforced in the image of the adults, lying around drinking alcohol and smoking cigarettes, while unfazed by the setting around them; an image of upper-class comfort that allows for such inertia that a lower-class family couldn’t afford to participate in.

Similarly to how Mecha and the other adults seem to lack any concern for the world around them, the poor condition of Mecha’s estate is frequently shown throughout the film. Whether it’s a locked gate that needs to be smashed when there’s no caretaker to open it or the dirty sheets sprawled across the beds of the household, Martel’s images of a withering estate underline the sloth-like manner of living that results in relying on caretakers to maintain a house when no effort is taken to clean after themselves. And while the images of disarray are effective in capturing the grime that is present, the sounds of flies buzzing in most of the indoor scenes further reinforce the unclean manner of the household.

Along with the laziness of the family members and their constant scenes of leisure, they are also presented in a very toxic manner. The recurring insults of Mecha and her kids calling the nearby native Argentinian people savages, including their home caretaker, is a consistent slur that reveals the racial superiority complex that the descendants of colonizers have over the native population. Just as they call their poor caretaker lazy and a thief due to her lower economic status, their discriminatory marks against their ethnic worker are consistently paired in tandem with their aloof nature afforded to them by their wealth.

Mecha’s cousin Tali (Mercedes Morán) is eventually utilized as a juxtaposing figure to Mecha due to their different behaviors and social status. While Mecha appears emotionally distant from her children and is consistently drinking alcohol, Tali, is a more-involved parent to her children while living in a less-expensive domestic situation. The scenes of Mecha laying down in her darkened bedroom away from her family are a stark visual contrast to Tali, who is shown to be around her very energetic and loud young children in most of her scenes.

Even the love lives of Tali and Mecha are quite the opposite, as Mecha’s husband Gregorio (Martín Adjemián) seems to be constantly hungover and even ignores his wife at the beginning of the film when she falls on top of a broken wine glass and cuts herself. Tali, on the other hand, is involved in important conversations with her husband as they discuss taking care of a child growing an additional tooth or deciding whether to travel to a distant town to get cheaper school supplies, or to get them nearby at a higher price. 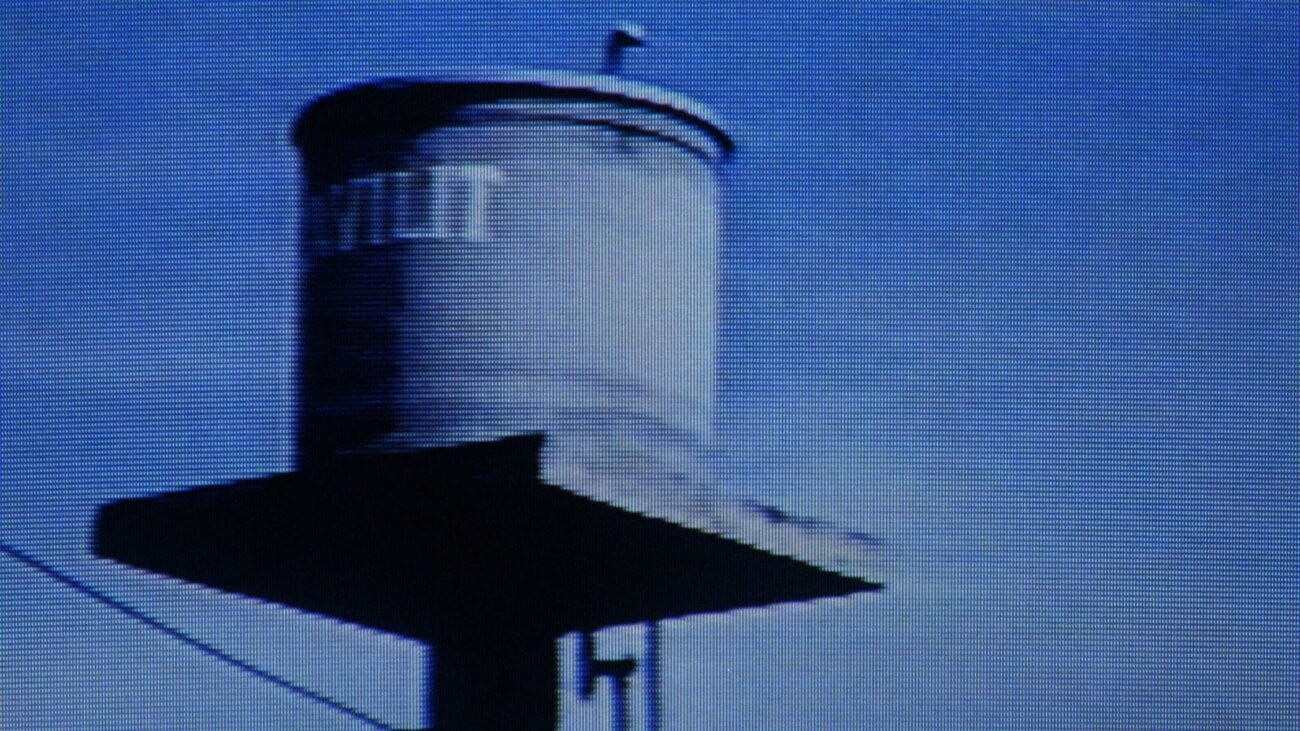 As with the contrasting visuals of both households and families, the soundscape differs between both sets of characters. As the Mecha estate has the sound of droning cicadas, gunshots in distant mountains, and flies buzzing, Tali’s house has more lively sounds of chatting children, barking dogs, and other urban environment sounds. While the estate setting appears to be a graveyard with all the droning noises and lack of any real vitality that makes a household welcoming, the chaotic and occasionally overbearing noises of Tali’s home brings a greater sense of connecting the audience to the family compared to the cold and distant sounds of the estate, reinforcing Mecha’s abrasive nature. With the lack of any musical score, which is replaced by diegetic sounds, the audience is further immersed in the realistic environment of the film as they focus on the various characters and the uneventful days they experience while on a vacation. Martel entices the audience to further pay attention to the visuals of the film as there are no artificial musical sounds to gain unnecessary attention away from the film’s locales.

When the finale of the movie arrives, there is little fanfare or drama, just as the beginning had little conflict going on. The caretaker for the Mecha estate quits and is ready to move on, Tali goes back to her home with her kids and notices that school supplies have already been purchased before she planned traveling to get them, and Tali’s son falls from the top of a ladder to the ground and is knocked unconscious (or worse). The film then ends on two children within Mecha’s estate pulling chairs by the pool, where one of them states they didn’t witness an apparition of the Virgin Mary near a water tower that has garnered local media attention during certain scenes of the news broadcasts being shown. 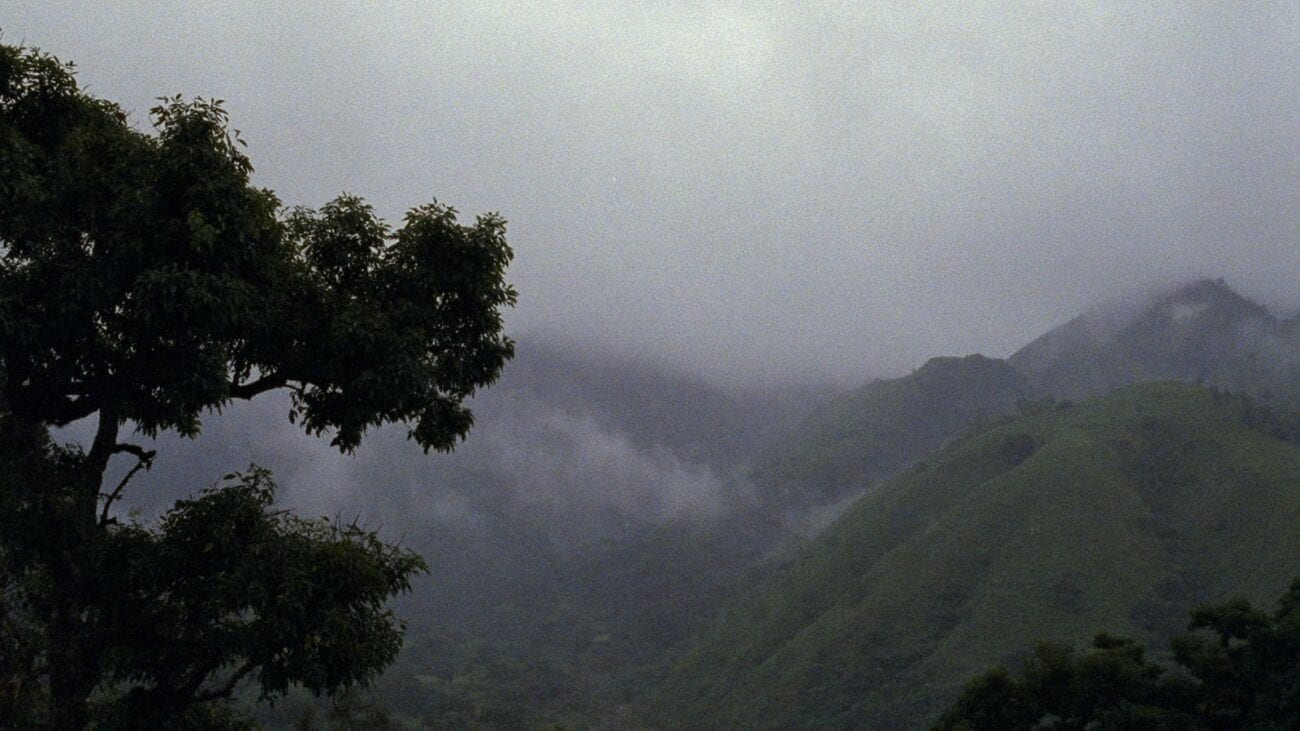 The film then closes with the individual’s laying silent as the shots end on the distant mountains. This ending brings together the unsatisfactory nature of living that the family faces throughout the film: with the disappointment of not seeing a religious icon, just as the film opened with disappointment due to Mecha being injured by the broken wine glass and needing to be driven to the hospital, causing the gathering to disperse. While Martel doesn’t utilize lengthy dialogue or artificial conflict to generate audience engagement, the visuals of rot and decay are more than enough to be worthy of a meaningful connection.