I couldn’t spend my Thanksgiving with my parents due to COVID, so as a way of showing their love, they bought me a digital copy of Amnesia: Rebirth, which I’ve been playing through recently.

It’s been quite a long time since I’ve played Amnesia: The Dark Descent, but one thing I do remember about that game is that it was extremely exploratory. This game is different so far in that it is linear, and I can’t see myself doubling back to environments that I explored early in the game like I did in the original title. I miss that feeling.

You spend a large amount of the game fumbling around in the darkness, looking for light sources to guide your way, and it once again feels very claustrophobic and eerie. Monsters could be hiding around any corner, and the fact that you have a limited number of matches to protect you adds to the unnerving atmosphere. When you do run out of matches and you’re stuck in the dark, black tendrils appear on your screen ,and you must quickly find another light source to stop Tasi from going mad with fear. 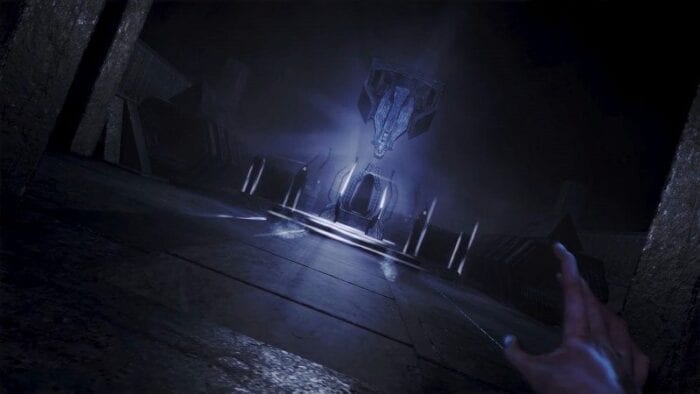 Puzzles haven’t been too frequent so far; most have been exploratory in nature. Early in the game you receive an amulet that lights up when you’re near portals to other parts of the game’s map. It’s a neat little device that looks cool on Tasi’s wrist, and it’s helped me find my way through the darkness and mist more than a few times.

The casts’ performance adds to the game’s believability, with strong deliverances all around, especially those of the main character, Tasi, and her husband, Sailm. They do have strong accents, so the dialogue may be hard to understand, but this can easily be remedied by turning on subtitles. Unfortunately, I found that subtitles are not a feature that apply to all the game’s dialogue.
Would I recommend the game? It’s a little bit too early to tell, but I’m on the cautiously optimistic side. The atmosphere is chilling, and the performances are great, but it’s just a little bit too linear for my taste.

This week I’ve been sinking my teeth into Hyrule Warriors: Age of Calamity. I played the first Hyrule Warriors game quite a bit and this sequel does not disappoint. There are less characters, but it feels more focused and like a legit part of the Breath of the Wild world. Being able to use the abilities in BotW (the magnet, stasis, bombs and ice block) to break the bosses’ resolve feels so satisfying.

Muso style games really know how to make you feel like a badass. Each playable character has their own upgrade systems, little dots peppered around the map. Use items picked up through missions to upgrade their stats and combos. There’s also little shops and side missions to help round things out. It’s fun discovering who my new favourites are! It’s easy to just play as Link, and I do a lot of the time because I genuinely love his combos (especially the 2 handed weapons) but playing as the Champions from BotW and some of the newly added heroes and learning their combos is great too. Plus it’s never not a good time smashing through hundreds of enemies. I’ve been taking my time with this game because frankly I don’t want it to end!

Gaming companies stepped up in the stay at home initiative early in the pandemic by giving away games. Sony decided to offer the Nathan Drake Collection for free. This was perfect for me since I had not played any Uncharted games besides the spin-off game on the Vita: Uncharted: Golden Abyss.

I started with Uncharted: Drake’s Fortune. This was my third Naughty Dog game that I have played through. I am starting to understand the disdain for Naughty Dog games. I assumed the company evolved their style over time, but the formula is there from the start in Drake’s Fortune. Naughty Dog delivers witty dialogue, fun interesting characters, average third person shooter gameplay, occasional puzzles, and parkour. Even with a different franchise like The Last of Us, the experience feels the same but in a different setting and characters.

Even though I have gone through the formula several times now, Drake’s Fortune was still a pleasure. The game does not overstay its welcome. The story is simple and follows the safe tropes of a typical adventure plot. I was surprised to see Naughty Dog keep the same trophy scheme throughout all their games which is lame. In the end, I am looking forward to the sequel. We will see if I finish all four Uncharted games, however.