I am one of those people that, if you put a game on the Nintendo Switch, I’m much more likely to play it. I love the portability of it and the ability to just pick it up whenever I have a few spare minutes in between tasks. The vast majority of the games on my Switch are smaller indie titles and in 2020, while having many delays to gaming and life in general, many stellar games released. Here are my personal favorite indie games I played this year.

Disc Room is a testament to how an extremely simple concept can go super hard. You’re in a room, there are spinning discs. Avoid them or die. A collaboration between game devs Kitty Calis, Jan Willem Nijman, Terri Vellmann and Doseone, I can’t help but think about how fun this must have been to make. Some of the rooms are very clever, with different patterns and “rules” to follow and the joy of beating one is addictive. You’ll also gain powerups like a dash and a clone, giving room for more strategy. When you die, your little spaceman character is ripped apart with your blood coating the blades. It’s comical and gruesome. Each room has a top score, including the developer’s time, and more than once I found myself striving to beat it and get the best time. One more try…Okay, maybe 5 more tries… 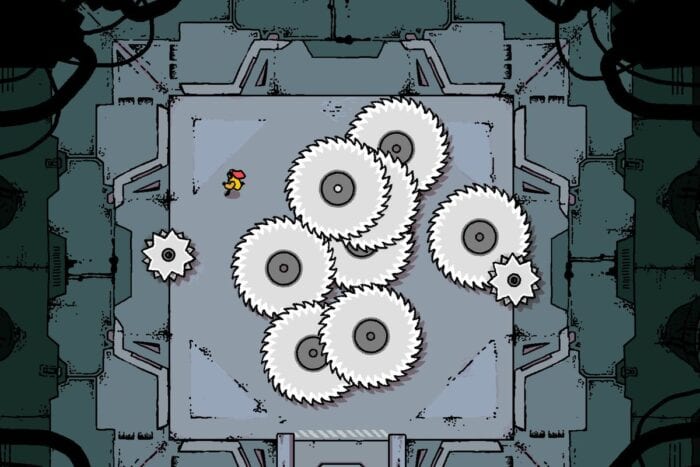 The simplistic art style adds a “less is more” approach to the game and there’s a variety of areas and disc types. Some rooms require you to complete goals to pass, like dying by a certain number of different discs or surviving 30 seconds in several rooms. There are also boss battles where you collect gold orbs to damage the boss while still avoiding the spinning blades of death. The frustration from dying was never a deterrent unlike in other games, I was only spurred on further to get past a tough room. The difficulty curve in this is also excellent, letting you get comfortable with the controls before you’re torn to pieces. After the game’s release, Devolver Digital held a Game Jam which looked like a lot of fun too!

I love rougelikes! Some of my absolute favorite games belong to the genre, and it’s easy to get me interested in something just by having it contain rougelike elements. When I first saw Going Under on Twitter, I was instantly smitten with the bright art style and setting. It’s your first day on the job as an intern at a tech startup for a weird soft drink, and instead of filing paperwork, you have to explore dungeons and defeat bosses using office equipment. Power-ups and abilities are parodies of Apps and the tech world in general, and the dialogue is perfect at poking fun at this ridiculous situation. Computer AI drones deliver boxes with items, there’s a bitcoin mining operation, and a vampire merchant called the Hauntrepreneur. Brilliant. 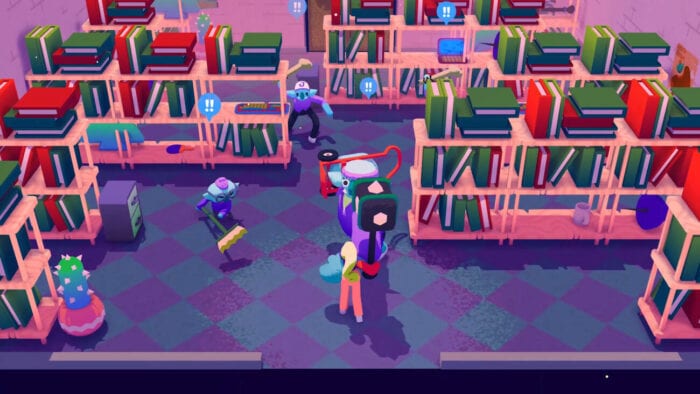 Completing side quests for your coworkers and boss will level up your mentorship with them, and each has unique perks to assist you in dungeons. Swomp (my favorite character, a laid back barista) lets you shoplift and later spawn “Swomp Cubes”, boxes that can contain rare weapon drops. Abilities once leveled up through use, can be equipped before entering a dungeon. The physics in this are quite floppy and fun to watch a goblin or skeleton waving around like a wacky inflatable tube man. My only complaint was an out of bounds glitch I kept getting on the final level, which hopefully could be patched out in the future.

I Am Dead is a totally original and comforting game about death. I will explain: You start the game having recently passed away, and use your powers as a ghost (along with the help of your dog) to examine objects and the memories attached to them. The main gameplay is zooming in to items, often seeing inside of them, to find what you are looking for. The entire game is voice acted and it feels like you really get to know these characters through the lens of people that knew them. I was also very impressed by the deep amount of world-building, giving the island a rich history of legends, local characters, a quite tender love story, and even protests against overfishing.

Games like this are such a great example of how games can explore stories in interesting ways that other mediums cannot. It’s a true blending of storytelling, art, and gameplay. Death can be a difficult subject to approach in general and I believe what developer Hollow Ponds has done is wonderful. Our connections do not fade after we pass, and learning our history and using it to inform our future actions doesn’t have to be a negative experience. 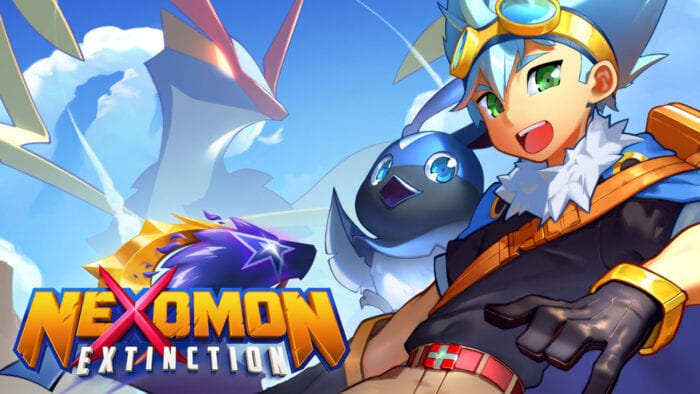 I know what you’re thinking, and yes, Nexomon is basically just a Pokemon clone, but it’s a damn good one. This is actually the second game in the series, but you don’t have to play the first one to get this. Just gives a bit more backstory. (I played through the first and I think I enjoyed this one more.) If you’ve played Pokemon or any other monster-catching game, you know what you are getting into here. I don’t mean that in a bad way. It’s more like a bowl of hot soup on a cold day. Familiar and comforting.

The variety of Nexomon in the game is pretty vast, numbering almost 400, including a few from the first game returning. The backgrounds (such as the volcanic area above) can be quite beautiful. There are a few features that I quite liked, including mining crystals to make Nexotraps (Pokeballs) and side quests collecting items or Nexomon for NPCs. It’s also much longer than I expected it to be, and not in a bad way. I think my playtime when I saw the credits was 65 hours, and I know there’s postgame content. This will keep you going for quite a while.

My second game on this list covering the topic of death, but in a totally different way. Spiritfarer involves ferrying the dead and taking care of their needs before they are ready to move on to the afterlife. Your boat also doubles as a floating town, with gardens, farms, a blacksmith, and other facilities. Most of the time you will be running around crafting and taking care of things, visiting islands, and assisting the spirits, who are all represented by animals. While the day-to-day tasks can get repetitive, the hand-drawn art style is just so damn lovely to look at that I really didn’t mind that much.

Spiritfarer also gets the award for the only game to make me cry this year. After everything that 2020 has collectively thrown at us, I broke down reading some dialogue about one of the characters. I don’t want to spoil it for anyone, but some of it hits quite close to home. Each of us deals with loss differently, and it’s shown in all its various forms here. 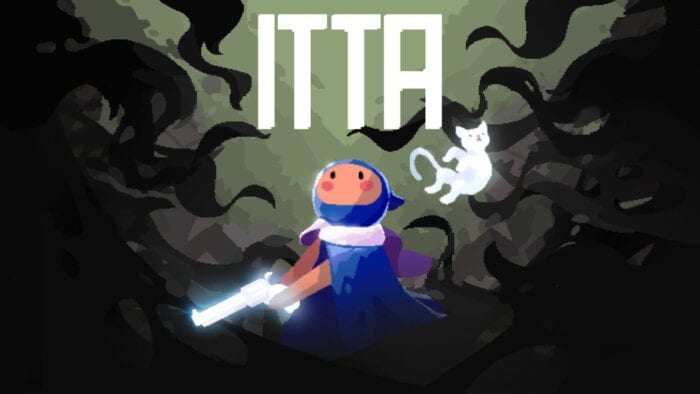 To end on a bit of a lighter note (although Itta also deals with death, funnily enough), my final game is Itta, a bullet hell style shooter where the only enemies are boss battles. I’ve always been fond of this style of world, where everything is in ruins and you are basically the last remnant of a long-forgotten age. Kind of like Shadow of the Colossus. Controls are simple and tight, and there are a few weapons and powerups to collect as you are out exploring, searching for the next boss to defeat. Another plus is skins for your little ghost cat friend, from a giant puffball to a long, sleek feline form.

While obviously not the most powerful hardware, there’s something about the Switch that makes me prefer to play games on it rather than anything else. My Switch feels uniquely mine, with the history of all I’ve ever played on it available at a touch. I cannot wait to see what the future has in store for smaller releases like these, and please let me know your favorite titles you played in 2020. See you next year!