Best TV Show To Watch in a Pandemic

It felt to us like we had to acknowledge how strange it has been to watch TV in 2020. As we prepared for our TV awards we had to remind each other of things that happened in the “Before Times” that were indeed this year. So we decided to also give you our thoughts about the best show to watch during all of this craziness in the world. Here are our best TV shows to watch in a pandemic.

This was the first show I binged as the virus began to take over our lives and it was the perfect choice. Not only was it hysterical, but it was also a show that had heart and during these dark and chaotic times we’ve been living through, a thirty-minute sitcom that equally makes you laugh and shows you the progression of people who may have been deemed beyond repair at one point really hit the spot.

This was my lockdown relief. My jaw never left the floor half the time after witnessing some of the stuff in this show. The writing is excruciatingly clever and the characters all have a compelling density that makes losing them absolutely horrible. Some scenes are pure TV gold and I cannot recommend this show enough.

If you want to double-down and show resolve in the face of Corona, Utopia is the best way to do it. With its savvy plot centred around pandemics and conspiracies, it’s the best antidote to all the annoying COVID-deniers on social media. It’s slick visually with its quirky locations and an oversaturated colour palette, as well as having an amazing score. Throw into the mix some black comedy with Tarantino levels of violence to match the dark themes and what you have is one of the coolest British shows ever made. What creator Dennis Kelly has managed to achieve on a limited budget is staggering and highlights how great the ideas in his story are. Make sure to watch this original version as opposed to the superfluous US remake.

Right off the bat here, I’m going to cheat and select three shows instead of just one. The Star Trek franchise had a pretty amazing year in 2020. We started out with Star Trek: Picard, bringing back not just the beloved title character from Star Trek: The Next Generation, but also Data, Deanna, and Riker. The plot, centering around a Federation that had withdrawn into isolationism following a terrorist attack, rang a lot of familiar bells. Picard wrapped up just as things were getting bad here in the U.S. with the pandemic, making his commitment to do the right thing in the face of great personal sacrifice also ring true. 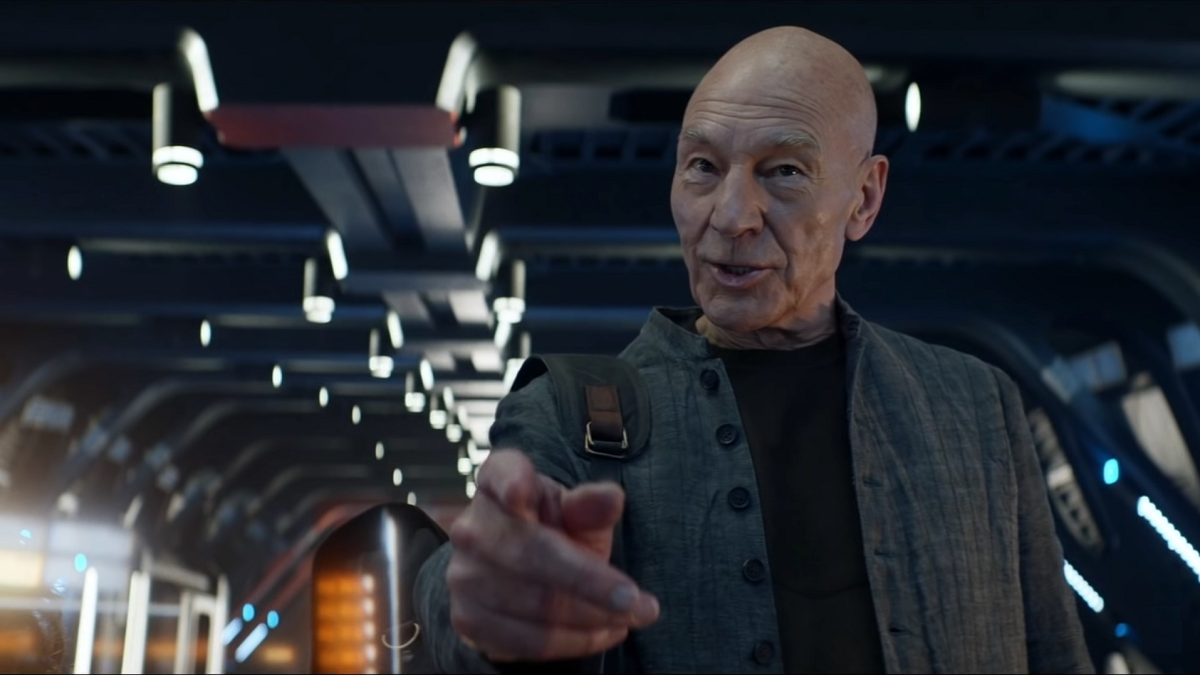 A few months later, we got the franchise’s first foray back into animated series in nearly half a century with Star Trek: Lower Decks. This time, however, it was to be a comedy, which I have to admit I was highly skeptical about. But it was brilliant. We already had Galaxy Quest and The Orville to give us a hint that something like this could be done, but Star Trek poking fun at Star Trek was so much better than I could have imagined. With everything getting so serious with the pandemic and politics, the timing couldn’t have been better. We needed to have a good laugh, and even more so a good laugh at our all-too-serious selves.

Lastly, half a month before the election, we got Season 3 of Star Trek: Discovery. Now, I did not watch the first two seasons of Discovery. The reviews I had heard were such a mixed bag, and there just always seemed to be half a dozen amazing prestige television shows to watch instead. Watching the other two series this year though, I couldn’t help but pick up on how this season was going to time jump way into the future and effectively reset the entire series. Seemed like an opportune moment to give Discovery a chance. I’d just watch the first episode and see what I thought.

Picard was about reminding the Federation itself what the Federation is all about, at a time when it was down. Discovery Season 3 is about bringing that ethos back to a universe where the Federation is all but a memory. It’s a time of darkness and the USS Discovery arrives like a beacon of hope and begins spreading that hope everywhere they travel. Once again, a timely message in the midst of political chaos and an ever-worsening “second wave” of the pandemic. Of the three incarnations of Star Trek provided to us this year, this is probably going to turn out to be my favorite.

Oh how I waffled on this one! There was the delight that was Schitt’s Creek’s final season or the pure escapism of Selling Sunset, which both brought me joy in equal measures. And with the lack of the traditional TV calendar, I was able to find TV time to finally start some critically acclaimed shows of years past: the darkly comedic Superstore and broodingly dramatic The Americans—both equally deserving of your time. Then again, Netflix delivered stunning new installments of Ozark and Dead to Me, which were two big pandemic TV moods for me.

Ultimately, though, my pandemic TV stamp is perhaps best characterized by the love of an old favourite—there was nothing more comforting or worthwhile than catching up with some old faves and for me, that was savouring the rewards that Crazy Ex-Girlfriend bestows upon you in a second watch, and jumping back into a Canadian show centering on time-travel therapy, Being Erica. Sure, I wrote about the latter one somewhat recently, but I’ve been slowly dispensing a re-watch to myself over the last year, and I can safely say a show about reflecting on your past self and past actions has perhaps never been more timely than in a pandemic.

For some reason, it was Rectify that really did it for me. I had seen the show before, having watched it when it aired, but I was surprised when I decided to return to it for a rewatch this spring just how much I found its rhythms soothing. I mean this is a show that is really sort of about the impossibility of rectifying anything, and you might even say the trauma of existence if you want to get sort of Heideggerian about it (which I do!), but I found it to be terribly calming. Some would say its pace is slow, but I want to counter here by suggesting that the pace of so much else is what is in fact frenetic. And the characters! Each is so incredibly human…anyway Rectify is just criminally underappreciated. Go watch it.

Thus concludes the 2020 25YL TV Awards. What did you think of our favorites? Did we manage to pick the best show of the year somewhere in there? Or the best performance? Did our disappointments raise your ire? Let us know in the comments!