Star Trek: Discovery S3E11, “Su’Kal” finally solves the season long mystery of “what caused ‘the burn’?” But the answer is “a Kelpian orphan”, which leaves open a bunch of new questions for the second part of the episode that is still to come. There definitely is a long way to go before the answer given actually makes any sense. S3E11 also gives us Doug Jones’s real face and a lot of Kelpian lore, though overall the episode doesn’t mesh as well as we might have hoped.

The big reason that S3E11 falls flat is that is a prime example of the show’s “Burnham problem”. Throughout the run of Star Trek: Discovery Michael Burnham (Sonequa Martin-Green) has been the central figure, and she is fantastic in the role. But, the writers seem insistent upon using her as the central character even in stories that don’t really make sense for her, or that require her to be wildly inconsistent even within the single episode.

Discovery has established Burnham as a rebel who will go against the Federation, her orders, and her captain, even to the point of mutiny. (Indeed, this was the inciting incident of the entire series.) This serves the character well when they actually understand that this is the background that they have established for her but, it seems, just as often they want to use Burnham as a grounded and logical character. Despite the fact that the show spent several episodes earlier this season setting up Burnham as “Number One” and then having her spectacularly flame out due to her rash decision making, “Su’Kal” expects the viewer to accept her as the voice of reason once again.

Discovery is given permission to trace the distress signal that they identified as Kelpian in “Terra Firma, Part 1” and Saru (Doug Jones) is enthusiastic at the prospect. The misguided move is to have Burham, as opposed to Tilly, or Stamets, or really anyone else, be the crew member who tries to keep Saru from following his heart on this mission. It makes every one of their scenes together in the episode, which otherwise would be amazing, just have a ring of falseness.

Why would someone like Burnham even be interested in holding Saru back in this way? Doesn’t the sheer hypocrisy of her statements bother him? There is no way at any point that Burnham would have followed her own advice. Which creates what would be a rather interesting dramatic irony, but only if it is known and understood. But as it is never acknowledged at all, it definitely seems that we are supposed to take it all at face value.

The other huge example of the same issue, though I will admit a much more effective scene overall, is when Burnham is encouraging Tilly (Mary Wiseman) as she is about to spend her first mission as acting captain. The bond between the two is well established, as is the gigantic gap in experience. Having Burnham serve as a sort of mentor for Tilly as she navigates the fears and anxieties of command makes sense and is really effectively portrayed, but even this interaction seems off due to the lack of acknowledgement of Burnham’s history.

Her actual failure as a first officer (to multiple captains now) is something that needs to be addressed in order for her mentoring of Tilly to actually take shape. And the most frustrating thing is, that would actually make the story better. The characters can have the same conversations, and the end result of Tilly being awesome at being captain can still happen, but by actually taking Burnham’s real history into account the whole thing can be about character and growth. Unfortunately, the way it is presented makes it seem much more perfunctory.  Fortunately the script by Anne Caufell Saunders makes much more effective use of Burnham when she is interacting with the character at the center of the episode.

In order to get to that, Burnham, Saru, and Culber (Wilson Cruz) have to take a mission to the dangerous wreckage of the Kelpian ship that they have been tracking. They do this because there is still a single life sign on the ship. It turns out that this is Su’Kal (Bill Irwin), a Kelpian who was born on the research vessel just prior to the burn. He has been completely alone for 125 years, raised and protected by a series of holographic programs designed by his dying mother. In order to help the Discovery trio fit in and talk to Su’Kal the holo-program gives them new “identities” that fit within its parameters.

When they first meet Su’Kal though, things go badly as Saru starts to talk about “the outside” which Su’Kal is convinced no longer exists. It is only after Burnham starts pretending to be a party of the holo-program that she can actually make progress communicating with him. This is where Burnham’s history and personality are actually allowed to shine, and to move the plot forward, as it is quite clear that she is good at being a hologram due to her own experience learning on Vulcan and suppressing her feelings. Martin-Green is great at showing the care and tenderness she feels for this frightened orphan and also at turning it all back off again when he “reboots” her program. There is a great rhythm to the scenes between Burnham and Su’Kal.

Irwin is a renowned physical actor and comedian and he brings a wonderful physicality to his portrayal of Su’Kal. It is a clear “alien” embodiment that is similar to, but distinct from, the tremendous performance Jones has been giving for three seasons as Saru. I am not as sure about Irwin’s vocal performance though. I will give it the next episode as I hope it gets more definition but for now I feel that the attempt to make the character “child-like” has been interpreted in a distressingly harmful way. It is certainly the case that Su’Kal would have some severe physiological issues after his experiences, and some sort of developmental issues could have developed for him. But if it was intentional that they decided to play up those issues, I wish they would have worked harder to portray them with sensitivity.

In addition to keeping Su’Kal alive, the holo-program has also done one other great service, by making Saru appear as a human. This means we get to watch Doug Jones perform using his actual face. Jones has made a career out of playing in various prosthetics but his acting is in no way diminished when those things are taken away. He is able to covey Saru’s wonder at the Kelpian ship and history, his fear and longing to connect with Su’Kal, and his frustrations and determination just as well without the makeup. It’s a grand Star Trek tradition to have the actors take off the prosthetics and show us their real features from time to time, and S3E11 is just the first of hopefully many such chances for Jones.

Also making the most of her first, but certainly not last, chance is acting-Captain Sylvia Tilly. Tilly gets some great lines and moments at the conn. It certainly makes sense that the show would portray her as being well-suited to the position. Otherwise why put her in the role at all. (Cough, Burnham, cough.)  The fact that her demeanor makes it somewhat unexpected is even better. She is established as both a tactical genius and, albeit in another universe, an awe inspiring leader. For awhile she is even able to out think and outmaneuver Osyraa (Janet Kidder).

Unfortunately, the new and improved Discovery defenses are still easy to breach and Osyraa is able to quickly capture the ship. Osyraa mind controls Stamets (Anthony Rapp) and has him take the ship back to Starfleet Headquarters where she expects to finally take out the Federation. All of this is a little frustrating as Osyraa is quite possibly my least favorite villain from the show so far. Her motivations still seem murky at best and purely evil and uninteresting at worst, so I’m hoping she will be taken out pretty easily. 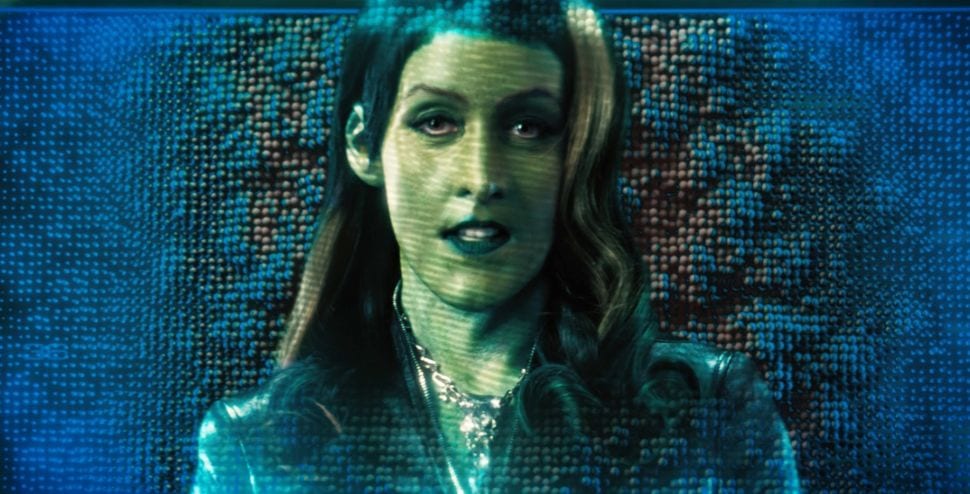 At the end of S3E11 all the pieces are set up well to fall into place next week. Book (David Ajala) and Burnham are together on his ship so they can try to save Discovery, and hopefully give us more screen time with Grudge, if her paw is fully healed! (Protect Grudge!) Stamets and Saru are still with Su’Kal and can hopefully keep him from causing another burn. And Tilly is ready to lead the others to take back her ship!

Also, Jett Reno (Tig Nataro) was in this episode and had no lines. And Phillipa Georgiou (Michelle Yeoh) is still dead/going to her other show. Neither of those things should be allowed.