Fashion isn’t just about the clothing it’s trying to sell. It’s about the story the collections can inspire. The more expensive the designer, the loftier and luxurious the ad campaign may be to transport the potential buyer to an otherworldly place. Flip through the pages of a September issue of Vogue and you can see all sorts of vibrant destinations or luxe escapes or escapades. So it makes perfect sense why Dior would give David Lynch free reign over a handbag advertisement entitled Lady Blue Shanghai in 2010.

While the print campaign is on par with other high-end brands like Chanel—it’s glossy, glamorous, and passionate, it’s David Lynch’s 15-minute ad created for the Internet that takes us deeper and into a place between dreaming and waking, and remembering and forgetting.

In Lady Blue Shanghai, Marion Cotillard stars as an unnamed woman staying in Shanghai. When she enters her hotel room, something is amiss—mainly the deep blue handbag sitting in the center of her suite. Hotel security is called in, and as they ask her questions, that’s when she slips back into another time. Is the bag a dangerous omen of some sort?

While the opening tracking shots show us to be in modern-day, Cotillard’s gray shirt suit recalls the finest 1950s tailoring, and her room has touches from other time periods — mainly the 1940s record player playing a record from the 1920s not only helps induce the dream state but also confuse the viewer as to a set time period.

As the woman remembers going to see the Pearl tower, she recalls the lush, poetic words that inspired its construction:

I felt…I had been here before…”

Thus, she —and the viewer—are transported back to Old Shanghai, where a well-dressed lover is waiting for her in a red-curtained room. They run the streets together hand in hand, in an atmospheric blur of neon and blue lights (which were first subtly introduced in the modern-day setting when Cotillard steps into the hotel elevator). As the romantic interlude unfolds, we are shown that it cannot last and her lover gives her a blue rose. 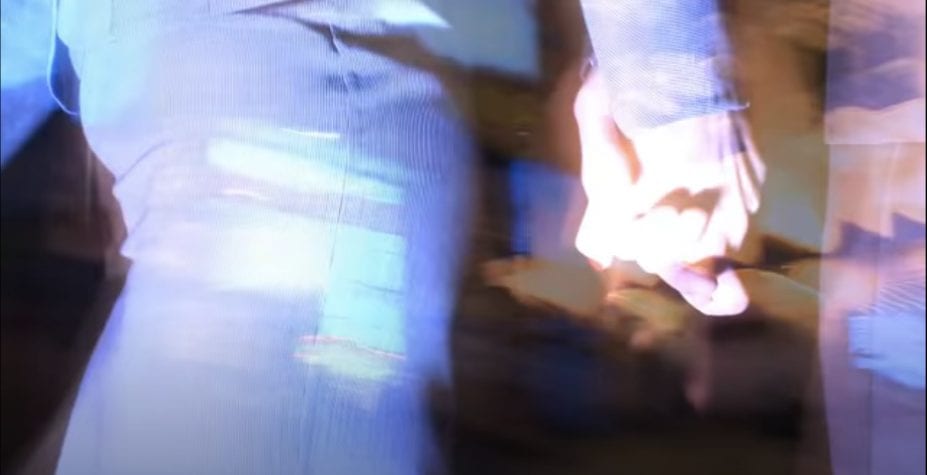 Back in the present day, the handbag now holds that blue rose. The woman kneels in reverence while the security men stand guard at her sides. The ad ends when she gently picks the bag up, caressing it like her lost lover.

In David Lynch’s hands, the ordinary becomes ominous, and desire is more about mystery than passion itself. In Lady Blue Shanghai, the blurred and shaky camera work recalls the darker moments of David Lynch’s meditations on Hollywood like Inland Empire and Mulholland Drive. Whereas the red-curtained rooms and blue rose motif immediately recalls Twin Peaks iconography of the Black Lodge and Gordon Cole’s so-called Blue Rose cases. Even the hotel security recalls the FBI agents in their black suits and ties.

I often feel that David Lynch’s work in film and tv—with a few exceptions—tends to connect into his own artistic multiverse. This ad is no exception. In Twin Peaks, the blue rose stands for mysterious happenings, but more generally, it speaks to the unattainable. This dual meaning works for both the lost lover and the high-end (and pricey) handbag. So what was once jarring is now coveted. Considering high-end items last longer than their fast fashion counterparts, another message is clear: the bag will not only invoke memories of glamorous days past, it will last for all time, a future heirloom. I could see these characters walking through doorways and ending up on the soundstages of Inland Empire or outside the blue neon of Club Silencio in Mulholland Drive.

Despite its short length of Lady Blue Shanghai, it allows Marion Cotillard to also inhabit the Lynchian woman archetype. She is glamorously exotic as Dorothy Vallens in Blue Velvet (with Cotillard’s French accent jarring with the Asian setting), but she also scratches the surface of fear and anxiety set aside for the likes of Laura Palmer. Her speech about the Pearl Tower brings to mind Sandy’s recollection of her robin-filled dream. Lynch’s women inhabit many specific moods, and Cotillard is able to explore many of them in a compact amount of screen time. 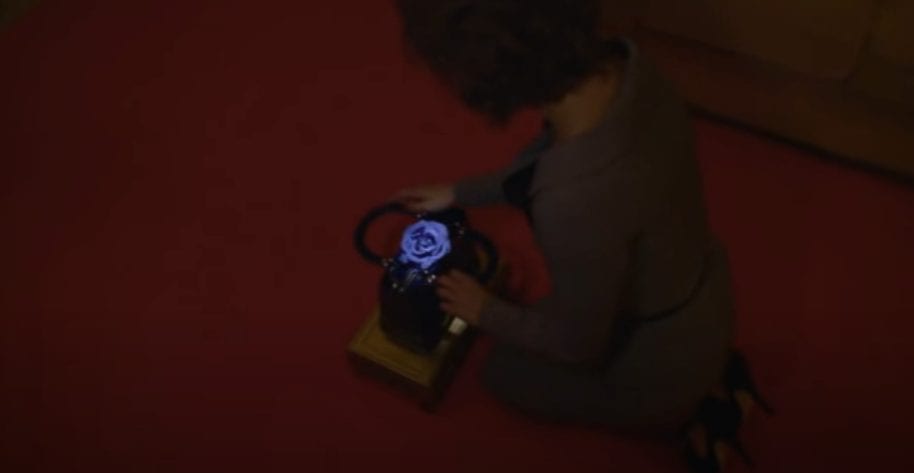