Computers and technology in general move at a blinding pace, and quite often it makes me think back to when everything was clunkier, slower, and more complicated. I used to have a Palm Pilot my Dad lent me that could hold maybe 5 songs tops that I’d have to switch around when I wanted to listen to something different. Now I have everything in my pocket!! I realize this makes me sound (and feel) like an old man yelling at clouds. I’ve had video games my entire life, and while I love new titles and overwhelmingly beautiful graphic and modern sensibilities, sometimes I just want it to be 1995 again. Thankfully, there’s a game (or several) for that! 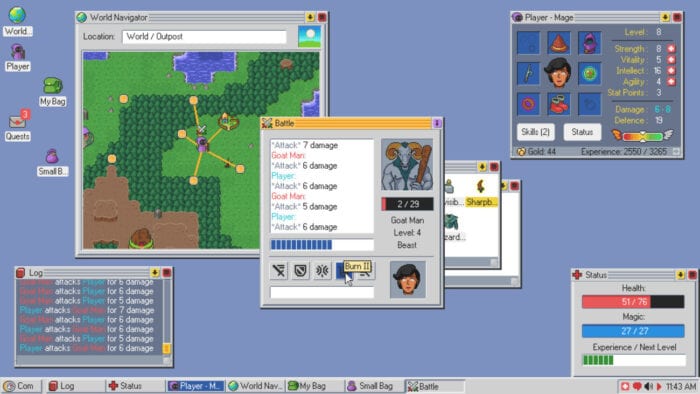 It’s a crime more people aren’t playing Kingsway. I admit I bought it purely based on the Windows 95 aesthetic, but it’s wildly addictive. Each aspect of the game functions as a little pop-up window, beautifully working together. Want music? There’s a program for that. Answer quests via email while traversing the World Navigator (the Internet). It honestly took me a bit to get the hang of it, but once I got into the groove I couldn’t stop. There are multiple classes (Mage, Rogue, Warrior, etc) as well as several different endings, so the replay aspect is there as well. I never felt too disheartened when I died–every death was a learning experience that I carried forward to the next run. 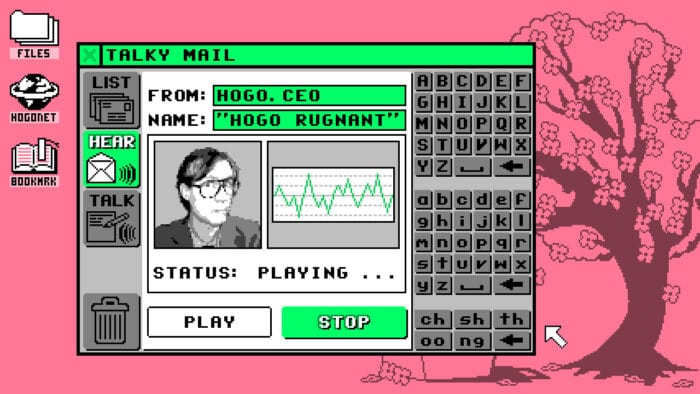 I don’t think I’ve ever played a game in Early Access that had so much content. Dum-Dum is essentially the story of a failed Windows-esque operating system called HOGO-OS, where you’ll be learning more about the man himself (with the wonderful name Hogo Rugnant) while solving puzzles and perusing games and everything else this system has to offer. The trick is that you need to solve the puzzles as a “Dum-Dum”. Can I really just type “HACK” into the prompt and get into the security system? (Maybe you should play and find out!) I can’t count the number of times I laughed out loud playing this, and they continue to update the game, guaranteeing I’ll come back again and again. 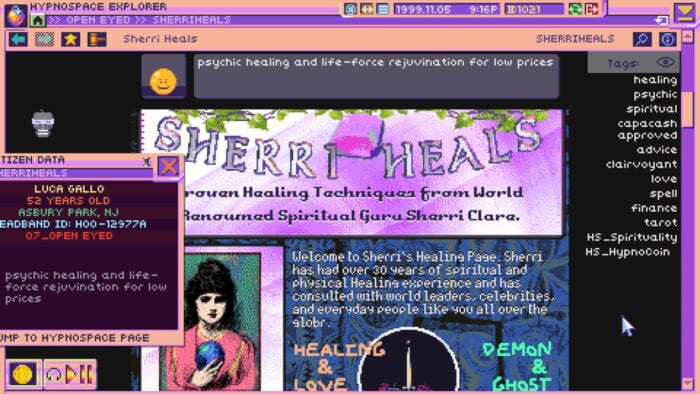 We’re on the internet all day every day, so how about when we’re asleep? Hypnospace is just that–strap on your headset and drift off to dreamland, which in this case is a mid 90’s explosion including a virtual pet hamster for your desktop and a variety of weird and terrible personal webpages. You play a sort of detective, finding rulebreakers and ne’er-do-wells using Hypnospace for nefarious purposes. It’s a literal treasure trove of nostalgia and has some genuine earworms from beloved online personas like Hot Dad and Neil Cicierega. Plus there’s now the option to create your own Hypnospace page, reliving the Angelfire and Geocities dreams of yesteryear.

On the other end of the spectrum (the spooky end) we have World of Horror. This is another game I admit took me a while to understand, and the tutorial isn’t quite as helpful as I would like. I’d recommend looking up a video or reading a Steam guide for this one. Your small Japanese town is dealing with some events of cosmic proportions with some of the most horrific monsters I’ve seen in any game of late. High marks for disgusting! While computers were definitely not this detailed looking back in the day, there’s still this familiarly about WoH that I love. There’s a variety of colour palettes to choose from if black and white isn’t to your taste, and I find it fun to choose a new one for every game. The game also features a thriving modding community, allowing you to add even more foul fiends to the experience.

When I reminisce about the games of my childhood, I often think about this type of DOS platform shooter, like Commander Keen or the original Duke Nukem. MURI hits this sweet spot fabulously. The blinding colours, the chunky laser guns, the menus…they nailed everything. I admit this kind of game might not be for everyone as it feels dated by design, but to me it’s perfect. Easily beatable in a couple of hours but for the price I’d recommend it highly. 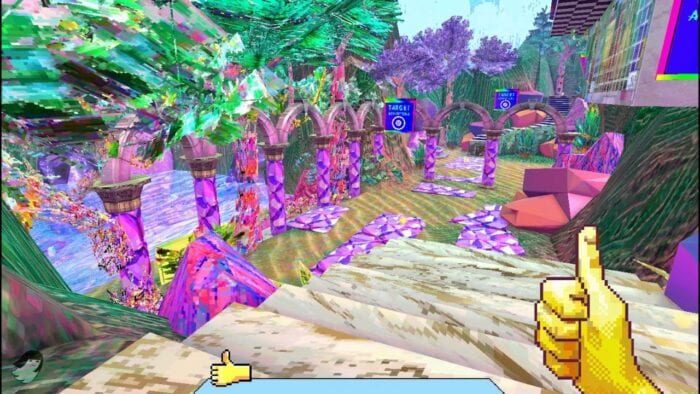 Okay, sure, games didn’t look quite like this in 1995. It’s kind of what we wished it looked like. Broken Reality is the ultimate nostalgia trip in a vaporwave dreamscape. It’s not just here to look pretty, though. It’s actually a phenomenal game that I couldn’t tear myself away from until I was watching the credits. I couldn’t wait to see what new abilities I’d find, what the next area would be like (Geocity! A Nintendo 64 style cruise ship!) full of references and hidden secrets. It’s an utter joy to play, and one I plan on returning to again and again.