Life is stressful, and sometimes you just need to kick back and lose yourself in a video game. What do you play when you’re not feeling like a big action game though? What if you just want to come away with a smile on your face and lightness in your heart? Something I love about video games is that for every huge explosion-filled adventure like the Just Cause series, there are developers making smaller, softer experiences. So here are some more feel-good indie games for a rainy day.

Consider this a supplement to our original article on Feel Good Games. 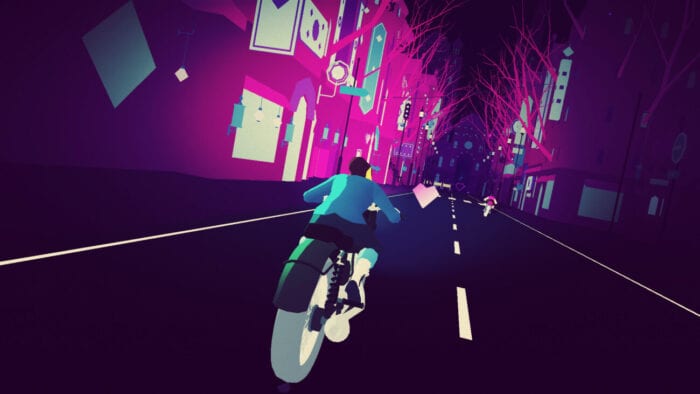 I don’t think I’ve ever had a game I beat and immediately played again. Sayonara Wild Hearts is a music-based runner where you guide your character to hearts and react to quick-time events to get points. The whole game is an album and a story about overcoming loss and burnout, and it’s beautiful. The techno-pop ballads and pastel visuals are a treat and everything has a nice flow to it. Crash into a wall and you’ll just be transported back a few feet, so there’s no worries of lost progress. If you crash a few times, the game will ask if you want to make it easier. Once you beat the game you’ll unlock Album Arcade, letting you play the entire thing at once, which is what I’ve done several times now. It’ll take you about an hour and that time is well spent. It’s also available on Switch so you can take the experience with you where ever you might need it.

I think at first glance people will dismiss this game purely because of the way it looks, and that’s a shame. Dropsy follows the story of Dropsy the Clown. His goal–to hug every person in town. Yes, the main goal of this game is hugging. It’s quite a touching game honestly and I got quite invested. He’s kind of horrifying to look at, but I soon came to love this cheerful guy. It plays as a point-and-click, with you completing tasks for townsfolk to earn their trust and hopefully a hug. Dropsy never hugs someone without permission which is something you don’t see a lot of in general. This will take a few hours, and I myself beat it in a few sessions. 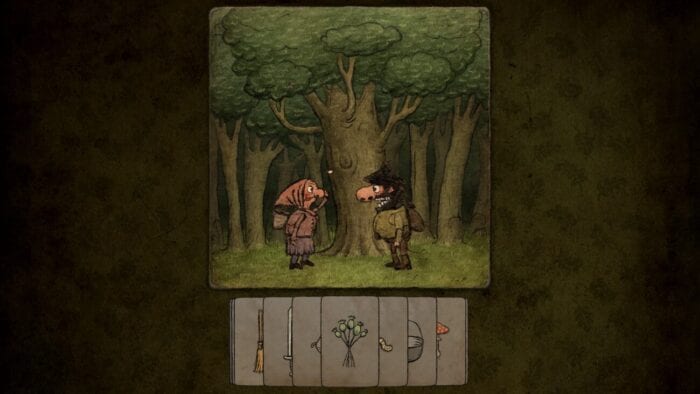 Pilgrims is a tiny card-based adventure. You’ll collect and use cards to help you get through certain situations. This person needs a fish, so you need to do this-or-that to get the fish card, and so on. There is no spoken dialogue (only gibberish), but it’s fairly easy to figure out what to do and it’s a charming little game that took me about an hour to complete. It’s also available on iOS. 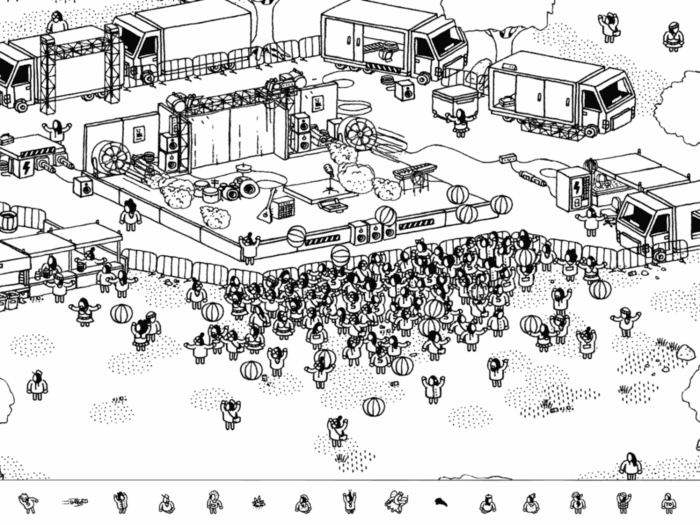 I’m a sucker for these Where’s Waldo type games. To put it simply, you just have to find the Hidden Folks (ohoho) around the map, which range in size from small squares to sprawling cities, deserts and beaches. Every click rewards you with a cute little mumble from the people, animals, and the environment. Click a beach umbrella to pop it open with a little woosh. I started opening every door, clicking every object and relishing in the adorable audio feedback. Since it launched, new levels have been added, giving you a few hours to lose yourself in the world of these folks. 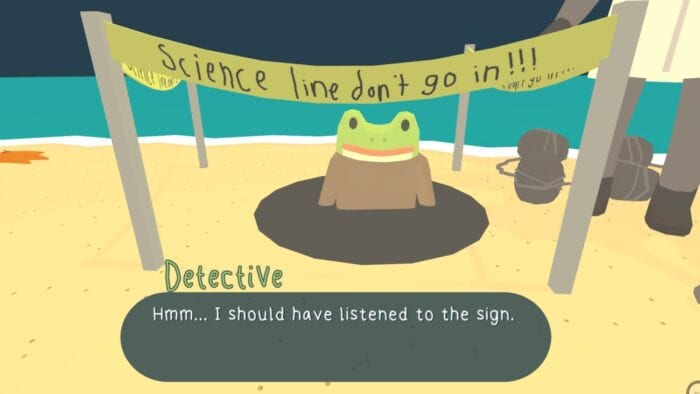 You’re a detective and a frog, and it’s time to solve a mystery! Sums it up quite nicely. The Haunted Island, a Frog Detective Game and Frog Detective 2: The Case of the Invisible Wizard are two tiny games with big hearts and a lot of humor. Collect clues to solve each mystery, meeting a gaggle of animal people and see some sick dance moves along the way. Each game takes about an hour to complete. You can’t tell me you’re not tempted to find out what happens with the Invisible Wizard! You’ll never guess what happens! Also, I need part 3 ASAP. Thanks. 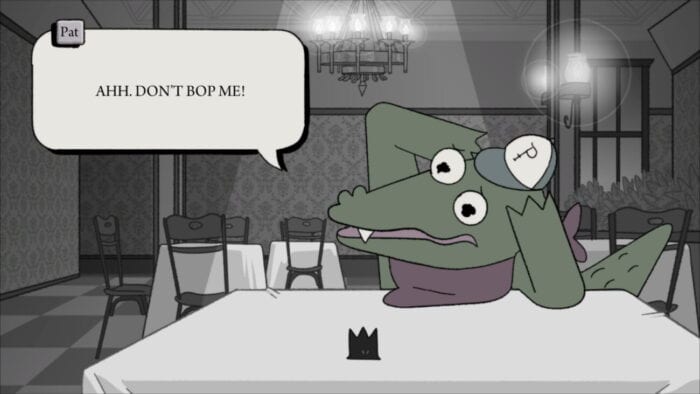 From developer Pillow Fight, and the creators of the beloved Baman Piderman animated series, Later Alligator is a who-done-it where everyone is an alligator. Frankly, I could just end this description there and call it a day. It’s another point-and-click, with puzzles and many wacky reptiles to talk to. The 2D animation is beautiful and the music is toe-tapping jazz. It’s also quite funny and will be sure to leave you smiling after it’s over. The game has an old Saturday morning cartoon vibe to the whole thing, and if I could describe it in one word, Later Alligator is wholesome. 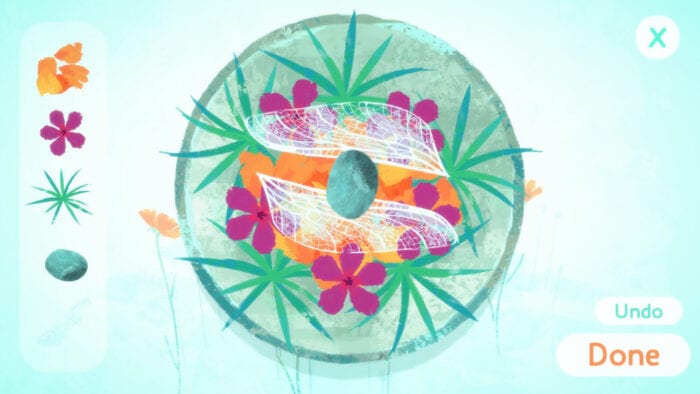 Less a game and more a ritual, Stones of Solace has an incredibly simple premise–create an offering for an idol, in whatever way you want. Use flowers, grass, stones, and other materials. It’s an activity that can take only a few minutes, a tiny breath of fresh air to help break up your day. Each idol is different and is randomly chosen when you laugh the game, encouraging you to make a daily habit of it. I became quite proud of my offerings, trying different patterns or aesthetics each day. 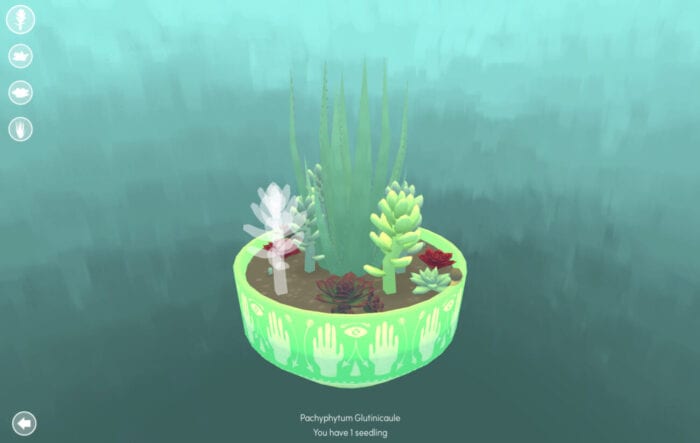 It should come as no surprise Viridi and Solace have the same developers, Ice Water Games. Again down to the basics, you simply take care of a pot of succulents. Plant them and watch them grow, watering once and a while. I even bought some plant seeds, but the game itself is free. The appeal to this to me was the soundtrack, which I found quite soothing. I would leave the Viridi window up in the background while doing other tasks. I just love it. It’s also available on iOS and Android if that’s more your thing.

I hope you found some inspiration here in this list of feel-good indie game, let me know if there are any others I should be playing.