Before 2020, I had never played a horror game. I love horror movies, no question about it, but the idea of playing a game myself and being immersed in an atmosphere of fear (atmos-fear?) was just too much for me to even consider. Sure, I’d given games like Alien Isolation and Bendy and the Ink Machine a try, but I’d bailed at the first sign of anything getting ready to jump out at me.

I hate feeling powerless in video games. I want to have the means to obliterate whatever’s out there trying to destroy me, rather than having to carefully navigate my way through dangers that spell death at every turn (and this is speaking as someone who rage quit Dark Souls III so hard he returned it to the store).

I’m much more the Doom type—let me have a Super Shotgun and a chainsaw and I’m good to go. I’d prefer my challenges to be “you have five million enemies to kill before they kill you” rather than “large scary thing that you cannot hurt with the seven bullets you already have is constantly chasing you,” and—for a while—that was the only challenge I’d let myself experience.

And then I played the 2020 remake of Resident Evil 3 and everything changed. 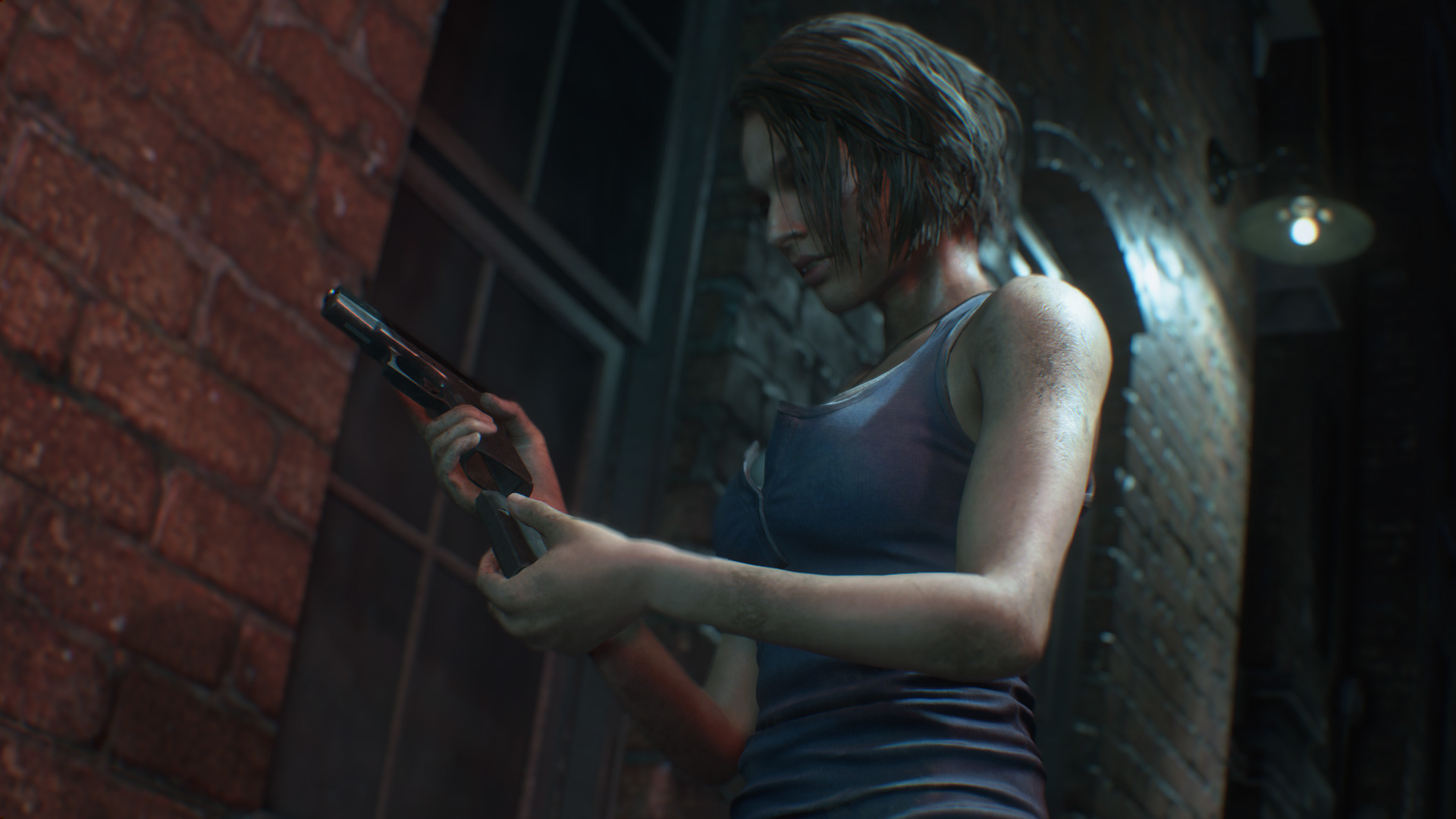 I’ve heard a lot of people criticize this remake (which I’ll call RE3R from here on out) as far inferior to its original game, Resident Evil 3: Nemesis, as well as the Resident Evil 2 remake, and I can kind of see why. It’s got more of a focus on action than the horror of RE2. The player characters are armed, dangerous, and capable of handling whatever the night hurls at them, which is not usually what you expect from a horror game. Its short length disappointed some as well. But I’d argue that a lot of these things are what make RE3R what it was for me—the perfect gateway into horror games for an action fan.

In case you’re new to Resident Evil as a concept, the series primarily deals with bioweapons gone totally out of control. The first three games deal with an outbreak of the T-Virus, a disease manufactured by the Umbrella Corporation that turns people into bloodthirsty zombies. RE3’s main protagonist is former police officer Jill Valentine, returning from the original Resident Evil, who hopes to escape the zombie-infested city she’s been stationed in. Only problem is, aside from the T-Virus outbreak, Umbrella has unleashed a living, unkillable bioweapon called Nemesis on the city hell-bent on killing Jill and her former teammates. Some of RE3 is also played from the perspective of mercenary Carlos Oliveira, part of a team sent in by Umbrella to clean up the zombie mess, but let’s be real, most of us are here for Jill.

The beginning of RE3R is the perfect tone-setter. After a disturbing montage of news footage and clips of violence in the streets, followed by a misleading advertisement for Umbrella, you play as Jill in a dream sequence in which she sees herself in the mirror being overtaken by the T-Virus. She picks up a gun by the sink, closes her eyes, pulls the trigger…and wakes up in her messy apartment. After maybe a minute to breathe, a massive monster crashes through the wall and attacks her in a fantastically well-shot cutscene, forcing her to evacuate the apartment block really, really fast. Just like that, you know your protagonist’s fears and strengths, you’ve been exposed to terror both physical and psychological, and you understand the threats to the world and yourself. Go find yourself a pistol and get the hell out of the city. 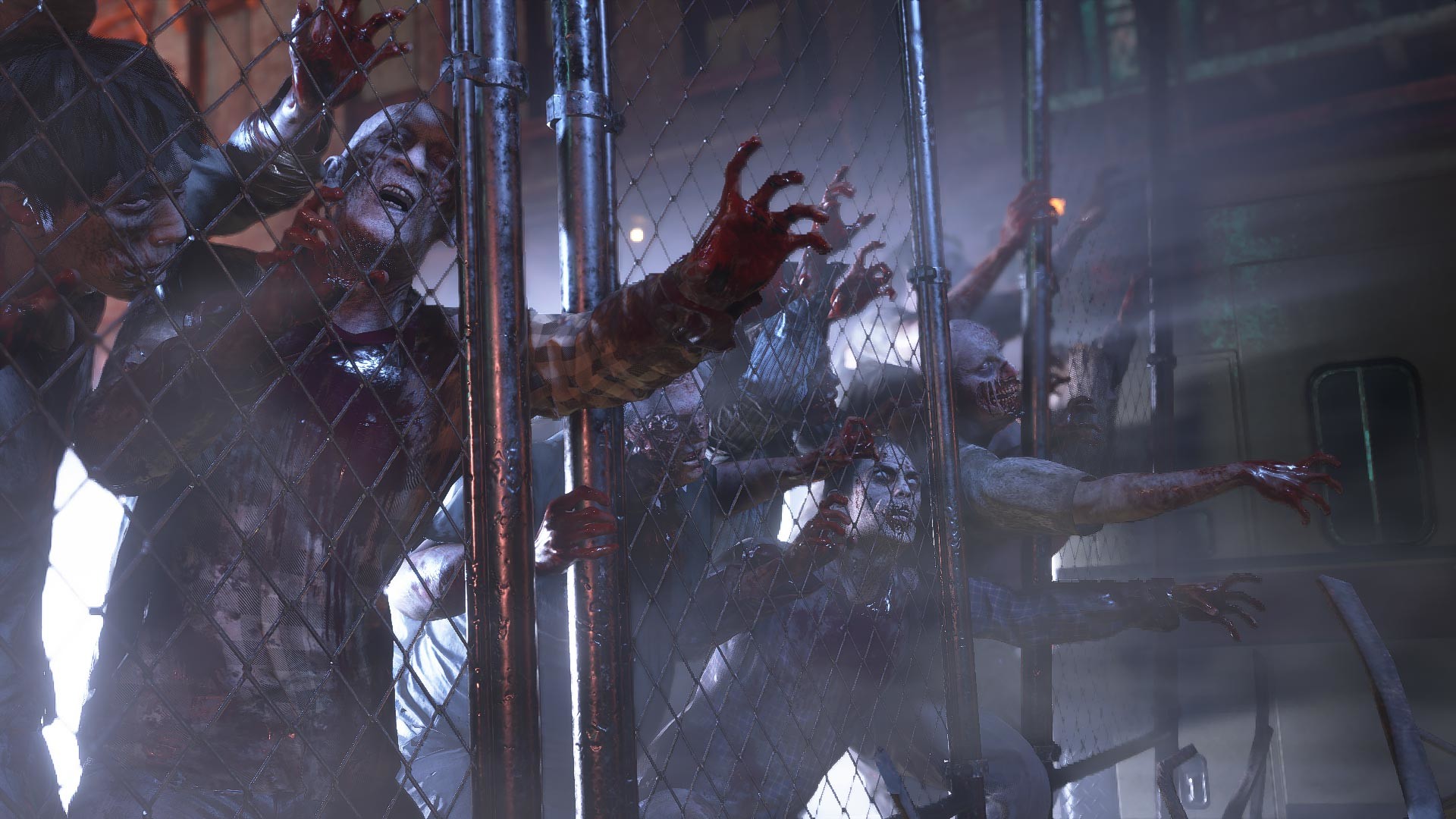 There’s something refreshing about starting your first horror game and realizing that your player character might actually be able to survive the nightmare you’ve been thrown into, and that was my experience firing up RE3R for the first time. Despite being forced to run away from Nemesis in the opening minutes of her story, from the minute she picked up her first gun and started blasting zombies, I could tell Jill was going to be the perfect character to lead me through Raccoon City, both in her playstyle and the way she’s characterized. She’s vulnerable, yet strong. She has limited health, but she moves fast and hits hard. It’s a fantastic blend of giving the player tools to succeed and throwing unstoppable forces at them who those tools won’t work against (read: Nemesis and his nasty Nemesis face).

This balance between empowerment and powerlessness is something that Resident Evil excels at in its best games. After my indoctrination into Raccoon City with this game, I immediately played all the way through the RE2 remake, and followed that with RE7: Biohazard, which is now easily one of my favorite games of all time. Both of these games are incredible at walking the line between “I got this” and “I totally have not got this,” slowly shifting the balance over time in both directions, and I would never have given them a chance if it hadn’t been for RE3R showing me how well it works when it’s done right.

The game’s not without its issues, of course. Every time Jill was sidelined in order to make the player control Carlos for a while, I found myself wishing I was playing as her again. Aside from not getting nearly as much personality or backstory as her, Carlos is stronger and carries heavier arms than Jill, which shifted the balance a little too far away from horror for my liking. It’s weird to admit that, given my history with preferring overpowered protagonists, but I wanted to feel a little more vulnerable. I wanted to play as the character I related to the most. At the very least, though, the Carlos sections made me appreciate my time as Jill a lot more.

RE3R may not be a flawless game by a long shot, and it’s not even my favorite of the last few Resident Evil entries, but it’s still special to me in its blend of action and horror that hooked me from the get-go. I play horror games of my own free will now, searching for those that live up to the high bar that this game set for me. I used to see them like a terrified little child, but now I approach them as if I’m Jill Valentine—I may be scared, but I’m going to grab my weapon, face the darkness, and live through this if it kills me. There’s a thrill I get from surviving impossible odds that I would never have found if not for RE3R, and for that, I can call it the perfect first horror game.