There are so many great TV shows from the 2000s. Gilmore Girls, Crossing Jordan, Psych…the list goes on and on, which may require a follow-up article in the future.

I personally love the 2000s, from its fashion to its flip phones. It’s fun to dive back into the decade through some of my favorite TV shows and to discover new shows from the era that I missed the first time around. It wasn’t so long ago, but compared to TV shows today, it seems like another lifetime in certain ways.

If you have a favorite 2000s TV show, please feel free to share! I’m always on the lookout for new shows to watch.

Christina Applegate starred as Sam Newly, a woman who after being the victim of a hit-and-run, wakes up with amnesia and is horrified to learn how terrible she’s been as a person. Resolving to change for the better, Sam keeps running into unfortunate events from her past and tries righting them, though it doesn’t always go as planned.

Joined in her mission by her friends and her parents, Sam’s life is far from ordinary. This is one of my favorite sitcoms, and it’s disappointing that it only lasted two seasons. The series held so much potential and had plenty of laughs in store for its audience.

I’ve been a Josh Duhamel fan for a while; I’ve seen plenty of his movies. How did I not come across this show sooner? I’ve only just begun the first season, but so far, so good! Duhamel’s Danny McCoy and James Caan’s Ed Deline make a great pair; Ed is his boss, but also his friend. Already I’ve seen plenty of Ed and Danny moments, including the two playing pranks on one another.

I find their dynamics interesting, and I look forward to seeing how things play out between Danny and Mary, his childhood best friend that also works at the Montecito. The other element of Las Vegas that I enjoy is its cinematography; flashing from the security room to the inside of the casino, among other things, amplifies the allure of the show itself, as the cinematography presents a new way of looking at the characters and the happenings of the casino. The show captures the craziness that is Las Vegas, but it also features down-to-Earth storylines about the Montecito family and helping others where they can.

Before Alex O’Loughlin was Steve McGarrett on the Hawaii Five-0 reboot, he was a private investigator named Mick St. John, who also happened to be a vampire. I was hooked on his story, and on the romance that was developing between him and reporter Beth Turner, whom Mick shared a history with as her rescuer from a kidnapping when Beth was a little girl.

This is one of the series that was canceled far too soon! The finale left things open to continue, but it also didn’t end on a cliffhanger, at least. Still, I wish there was more to Mick’s and Beth’s story, and I wonder about all the storylines that never came to be.

Gus and Shawn are one of my favorite duos ever. They make a great pair; Gus is more realistic and practical, while Shawn is generally all over the place. They’re just hilarious, from the endless amount of nicknames Shawn has for Gus to the two running for their lives when they see a mummy in “Shawn (and Gus) of the Dead”, which happens to be one of my favorite episodes.

Not to mention the romance that gradually develops between Shawn and Jules, and the hysterical manner in which Shawn usually aggravates Detective Carlton Lassiter, whom Shawn refers to as “Lassie.” The dynamics between the characters make this one of the funniest shows I’ve ever seen.

The show certainly introduced an unpredictable character in Jordan Cavanaugh from moment one, finding her at anger management of all places. However, as the show goes on, her character develops and she learns to let go of her anger and the things that have held her back. Though, that doesn’t mean it’s a good idea to mess with her at any time.

I recently finished the entire series, and I enjoyed it greatly. The show was ahead of its time in storylines for sure, covering elements of racism, emotional trauma and the like in its episodes. The characters each had their demons, but with help from their friends, found ways to deal and move past them. The show was inspiring, and it’ll always be a favorite in my book.

I’m already a fan of Ghost Whisperer, so I recently gave Medium a try. The show is very interesting as viewers watch episodes unfold, detailing how Allison’s dreams and abilities apply to whatever case is at hand. Given her three daughters also possess her gift, Allison and her husband Joe certainly have their hands full. 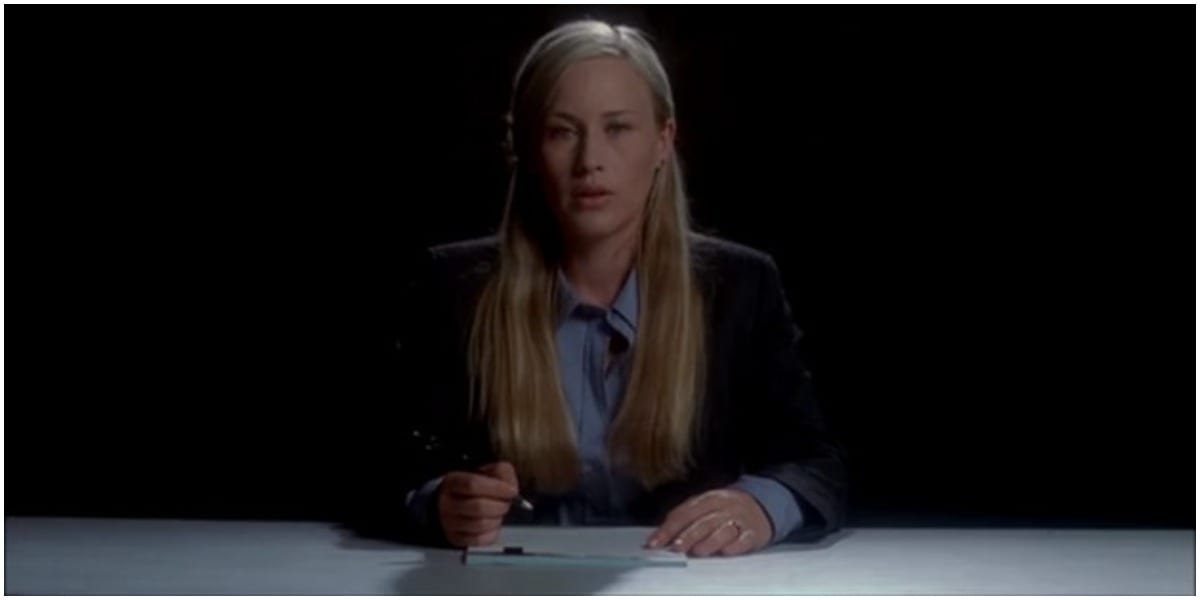 Medium has a good balance between showing Allison’s family life and professional life, and how her abilities can apply to both. I also enjoy Allison’s character, and admire her devotion to her family, as well as her dedication to her job and doing the right thing so she can save lives.

To say I love this series would be an understatement. I love Jason Bateman as Michael, always trying to keep his family together and facing quite a few obstacles in the process. I was introduced to this series through my extended family, and I recall binge-watching several episodes and laughing the entire time.

It’s been a while since I’ve revisited it, so Arrested Development may just have to be one of the shows I dive back into this year. The Bluth family is always up to something, and watching them and their shenanigans never fails to bring a smile to the faces of its audience.

On one of my summer breaks in college, I became quite invested in this show. It wasn’t long before the revival was released, to my recollection. Lorelai is one of my favorite TV characters of all time; among the things she and I share in common are pop culture references and a love for films and TV.

Stars Hollow was a town filled with quirky, lovable characters that I’m sure fans of the show wished lived in their own towns. Both Rory and Lorelai went through several struggles that were relatable. Some of my family members even got into the show and we wound up watching Gilmore Girls together. While we were discussing the latest happenings in the episodes, though, I’m sure the rest of my family was thinking “oy with the poodles already!”