One of the newest rising stars of the hyper-pop mould, singer-rapper Ashnikko achieved some success with her breakthrough hit “Stupid” in 2019. She has successfully built on this momentum, writing extensively for artists such as Brooke Candy and Doja Cat, and securing collaborations with Princess Nokia and Grimes for this, her debut mixtape: DEMIDEVIL. Her sound is a sweet confection, measured somewhere between the fearless punk energy of a Rico Nasty and the eclectic ‘00s experimentation and song-smithing of a Rina Sawayama. The almost ever-present 808 drums give each track a solid, edgy foundation and the gymnastic vocal melodies she provides ensure a kaleidoscopic and gaudy soundscape throughout.

With this debut project, Ashnikko assuredly maps out her influences, stacking her songs with Britney Spears references, recruiting and sampling Kelis for the track “Deal With It” and generously interpolating Avril Lavigne’s “Sk8r Boi” for the song “L8r Boi”, playfully reversing the song’s revenge narrative. The album’s unifying theme is a similar display of rebellious strength, presenting the familiar subject of shrugging off undeserving exes through her uniquely cracked mirror. The project is suffused with the uncompromising sexuality of a queer woman, and although she has rejected labels like parody or comedy, a song like “Clitoris: The Musical!” is certainly very funny.

The two lead singles to the album “Daisy” and “Cry” are unified by the deftly employed nu-metal elements, with the charging pre-chorus of “Daisy” unexpectedly toppling into a blissful bubblegum breakdown just as your brain expects the metal guitars to come in. It’s an appropriate introduction to both the album and Ashnikko’s style, acting as a queenly and extravagant character portrait of a dominant and formidable self who “throat-punches the patriarchy”. The Evanescence-inspired camp of “Cry” is even better and even more metal-inspired, with the throaty, spiteful vocals combining with the intense trap beat and Grimes’s whispered verse adding some additional dynamics to an already decadent musical offering.

These first two singles were released early in the summer of 2020, with the mixtape intended to follow in October but the release was pushed back due to a variety of shipping issues. Those nu-metal influences are less pervasive on the project as a whole, with the bubblegum indie pop and trap style of those tracks being more predominant throughout, resulting in some milder and perhaps more accessible cuts like “Good While It Lasted”. Nonetheless, the great majority of the trim ten tracks (only two of which run above three minutes) are as thoroughly enjoyable as the singles were.

The variety of her influences also serves to display her own versatility and vocal dexterity. Besides the over-cranked singing, Ashnikko’s delivery lists more in favour of rapping on some tracks with her team up with Princess Nokia on “Slumber Party” a fabulous moment of chemistry and a joyously brazen and sexy celebration of both artists pansexuality. Her drenched in autotune singing on “Drunk With My Friends” matches the track’s trashy, slurred attitude and the beat rattles around the listener’s head like a wind-up toy in a saucepan.

It’s a cathartic and rewarding shot of energy and confidence, with lyrics speaking of unapologetic sexual voraciousness and diva-like sensitivity delivered through a series of earworm hooks and superb vocal melodies riding on sugary sweet trap beats. The delivery of so many lines hits so beautifully on these tracks and the production and composition balance catchy familiarity with exciting and invigorating novelty. Despite its brevity, DEMIDEVIL makes a hugely compelling case for Ashnikko as an artist to watch, with a fabulous, bratty creative energy and a happy marriage of indulgence with experimentation that is the essence of hyper-pop. 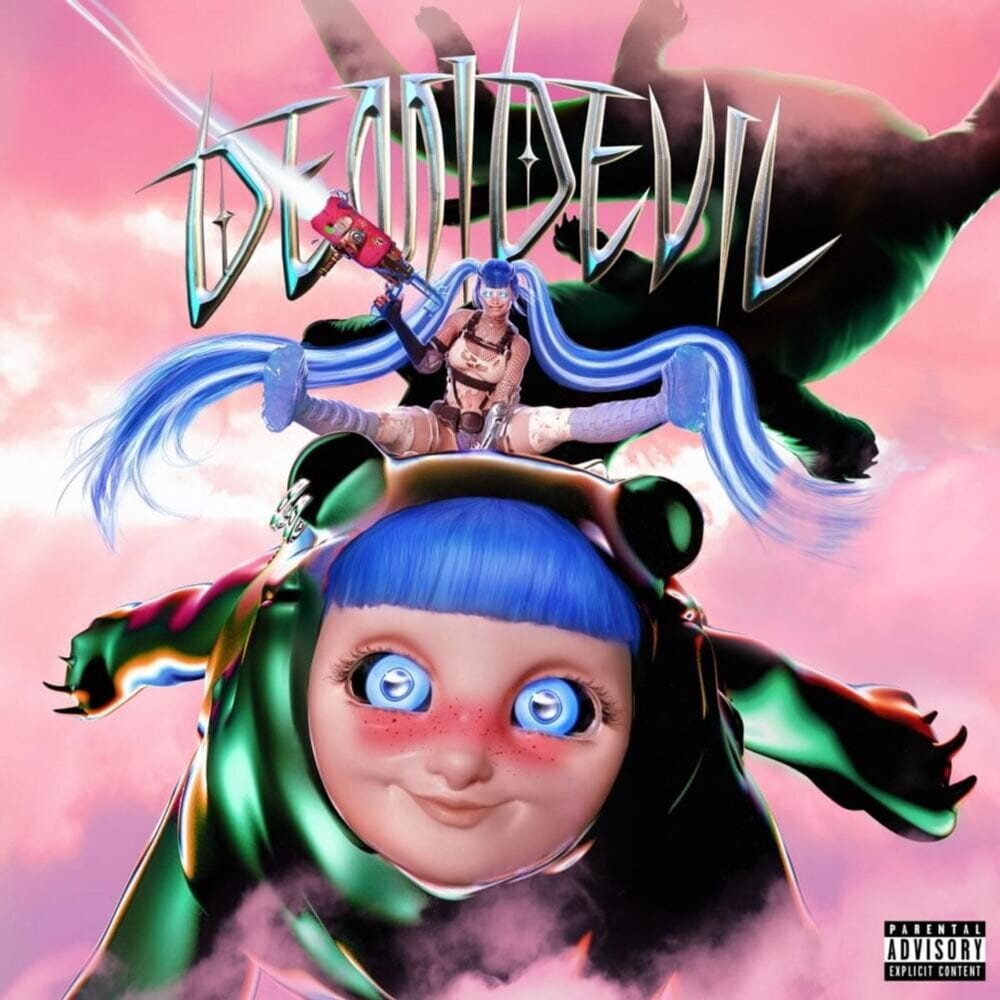