Formed in East London in 2018 and hailing from just about every corner of the globe, The Ringards is the city-dwelling collaboration of Enzo Salinie (lead vocals), Vinny Baker (lead guitar), Gary Cartmill (bass) and Joe Hornby Patterson (drums). Their avant-garde singles are loaded with grit.   An extension of Salinie’s sardonic lyricism, the punk-led band, collectively express their experiences in the ever-changing world that we live in—breathing new life into the genre while they’re at it.

Their latest single “Helen Mirren” released late in 2020 is a dark, brooding track and expresses a starry-eyed expression of idolisation. As if Helen Mirren could get any cooler! Salinie’s rich and low-pitched vocals add drama to the song which is accompanied by an electric guitar. Combined they conjure up images of ganglands and the underworld with a menacing vibe. I got to interview the band about what they have planned for 2021. 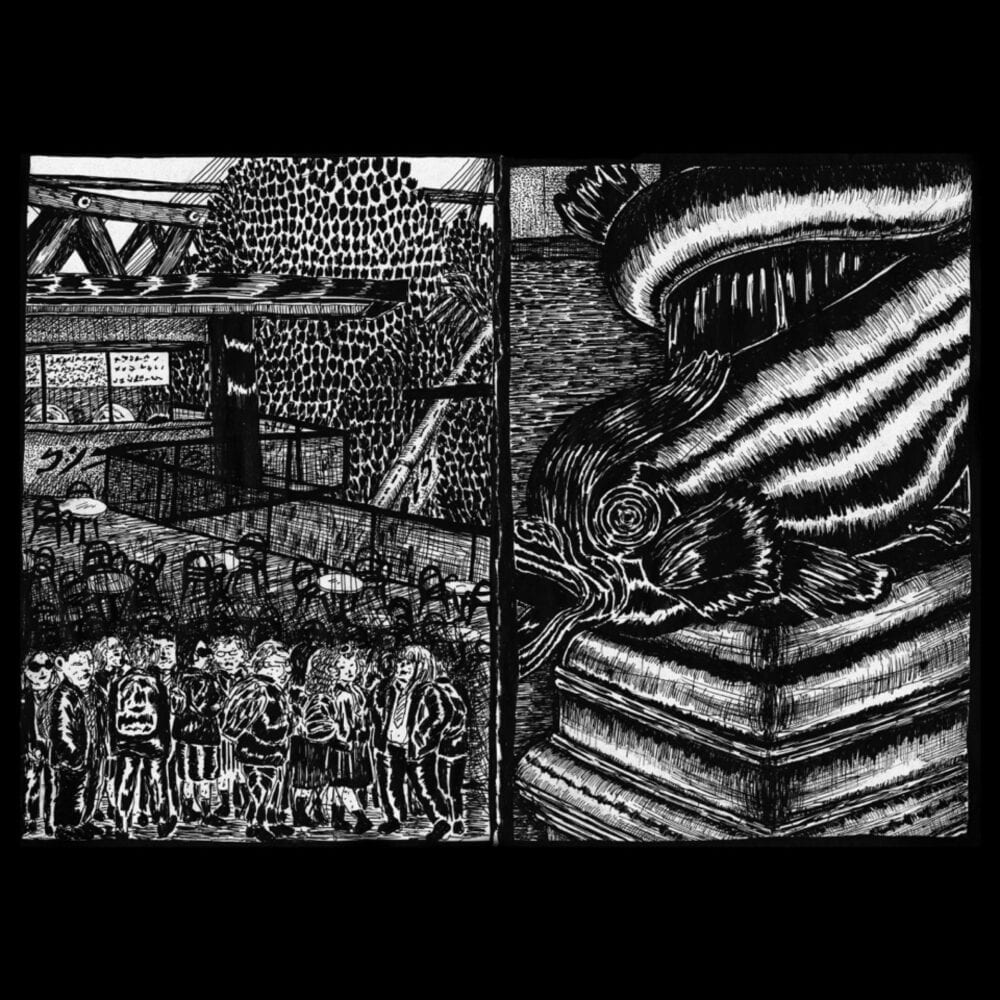 Salinie comments: “Helen Mirren is not only an ode to the actress but a desire to concretise our fantasies, and to become relevant and valued within our medium. We always saw Helen Mirren as a person that could take on any role, and always adapt. To us, she represents the bright days ahead, a world full of opportunities and creations, but she also symbolises the current struggle.” The song delivers on this premise absolutely with an atmosphere and gravitas worthy of Dame Mirren herself. Its ebbs and flows with a shifting pace throughout, but ends abruptly, suggesting we should pay attention to life lessons and thus we can make the most of the opportunities life present us.

Julia: Welcome The Ringards, good to meet you. I hope you’re well. Please introduce yourselves, and where did the band name come from?

The Ringards: Enzo on vocals, Joe is drums, Gary bass and Vinny on guitar.
The name is French for tacky, out of fashion but I think we associate the term with nostalgia if anything. Something naive, childish, honest and pure.

Julia: How did you all get together? And who are you inspired by musically?

The Ringards: Gary and I (Enzo) first started the project, the band had different members at the time, some left, some decided to persevere, you lose some you win some… Eventually, Joe was introduced to the lineup and Vinny joined the cast a few months after that.

Our musical inspiration varies as we don’t necessarily listen to the sound that we tend to produce, nor do we listen to the same music. We live together and what you hear in the sitting room ranges from jazz to football chants… We did have a pop phase a week ago and we’ll point the finger at Lucia & The Best Boys, she’s an alien messiah.

Julia: What is your songwriting process? And why “Helen Mirren”?

The Ringards: The songwriting process differs, it can be a few words on a piece of paper that match with a sudden melody, a line that leads the piece, a precipitous and hesitant hum, whatever it is, it’s often quite sudden, which is good and bad… It captures a moment, and although the instant can be glorified through time, we usually leave it as is, without a subject to change in the title.

Helen Mirren was just a representation of the art of adaptation. Slight crush there as well…

The Ringards | Free Listening on SoundCloud

Julia: If you could choose anywhere to gig where would it be?

The Ringards: Stamp the passport and take us anywhere we’d get sunstroke before coming on stage. Although we’d settle for one of those guerilla gigs in a modest flat, where lyrics sputter on cheery faces, spit posing as an impostor among the heavy drops of sweat upon faces, all that ain’t coco friendly though.

Julia: If I took a look inside your fridge right now, what would I find?

The Ringards: Surprisingly a lot of greens, a few tins that survived the night, and half-opened cans of chillies with an illegible expiry date… Tempting but you’re well aware that you’re playing Russian roulette.

Julia: What are your immediate plans for 2021?

The Ringards: For 2021, we plan on releasing new material that we deem more faithful to the sound and the band. And for Gary’s sake, let us gig!

Absolutely, let the gigging commence!  Thank you to The Ringards for talking to us here at 25YL.