February 12th sees the arrival in the United States of director Rose Glass’s extraordinary feature debut Saint Maud, a full year and a half after its premiere at the Toronto International Film Festival. A venomous psychological horror, Saint Maud explores many themes and ideas familiar to horror cinema, but with a directness and uncompromising strangeness that feels modern and exciting, but definitive and classical at the same time. When Osgood Perkins’s 2015 film The Blackcoat’s Daughter arrived on the scene, I was impressed by the boldness and inspired empathy of the director’s vision for the film. However, this was equally tempered by frustration at how the film’s innovative new perspective on a familiar possession story failed to come into fruition through the film’s messy editing. Saint Maud feels like the fulfilment of that potential that had so excited me about Perkins’s film.

Like The Blackcoat’s Daughter, Saint Maud follows a young woman who is troubled, delusional, possibly possessed by an evil spirit, and undoubtedly, excruciatingly lonely. In her isolated state, that voice, whispering in her ear at night, becomes her star of Bethlehem, the one source of solace, companionship, and meaning in her unhappy, empty life. Maud (Morfydd Clark) is a nurse, hired to provide palliative care to a former dancer, Amanda (Jennifer Ehle)—note the similarity of their names: two extra ‘A’s and the ‘N’ turned upside down. Spotting a spark of emptiness in Amanda’s life, and inflamed by the feverish religious imagery of William Blake, the deeply devout Maud soon becomes obsessed with inducting Amanda into her unique piety, however resistant she may be. 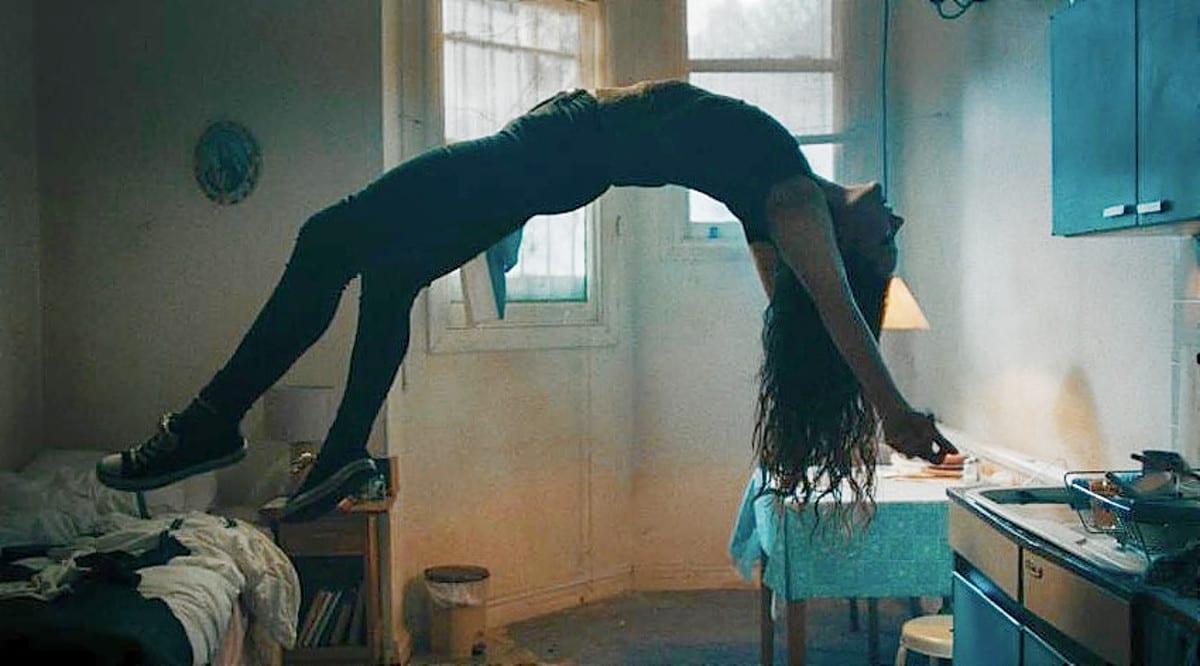 Though at times the setup may feel reminiscent of Ingmar Bergman’s Persona, there’s no sense of symbiosis or mirroring between the two women. At times there are moments of tenderness between them, and it’s possible that Amanda’s confident lesbianism has awoken some long-repressed sexuality in Maud. As an amused Amanda says when Maud expresses her disapproval of her younger lover Carol (Lily Frazer): “I can’t tell if she’s a bigot or just jealous”. Maud longs to possess Amanda, to regain some control over the people around her whom she is no longer capable of seeing eye to eye with. Maud may be lonely, but it isn’t love she craves, it’s awe. She doesn’t truly like anyone, and only wants to be vindicated in her superiority.

It’s not easy to diagnose Maud. She exhibits symptoms of everything from schizophrenia to psychopathy to epilepsy and sometimes the film partakes in her delusions. The film hints that Maud hasn’t always been like this, but I have my doubts. One thing is certain though, the cockroach who murmurs to her from the shrine on the sideboard is not the voice of God. Welsh actor Morfydd Clark is a relative newcomer to the screen having recently given a hilarious performance in The Personal History of David Copperfield and earlier having appeared in Carol Morley’s hypnotic masterpiece The Falling. Her performance here is astonishing, playing Maud with a frightening intensity that is the cumulative effect of an endless stream of tiny, unwholesome jerks as we watch her threadbare connection to reality slowly unravel.

That such a convincing and compelling character portrait is delivered in a mere eighty minutes is credit both to the strength of Clark’s chilling intensity and to the spellbinding script and direction for debutante Rose Glass. With dialogue that is often jaggedly funny and wince-inducing imagery, Glass succeeds in evoking her complexity of character and emotion with striking efficiency. Beautifully lensed in rich, absorbingly sepia-like tones by cinematographer Ben Fordesman, Glass’s style blends an immaculately observed and empathetic treatment of reality with moments of bold fantastical gesture. She creates a film world that is alternately intensely familiar and believable and wildly strange and daring, mixing the raw energy and uncompromised bravery of a scrappy newcomer, with the rare accomplishment of a seasoned auteur.