I originally saw The First Wives Club in high school. What stood out to me was the power of the characters’ friendship in the flashback to their college years, as well as in the present. They were a team, but they had some lessons to learn along the way about their marriages and themselves. As a high school student nearing my college years, I remember wanting to make lifelong friendships with the people I’d meet, and hoped to have the kind of bond that Elise, Annie, Brenda and Cynthia had. That aspect was close to home for me, and it only increased my excitement for the next impending chapter in my life.

Each of these women are struggling with difficult times in their lives. Annie (Diane Keaton) is overshadowed by an unfaithful husband and controlling mother, as well as her own self-esteem issues. Elise (Goldie Hawn) is dealing with an ungrateful husband that is having an affair, and is in denial of a drinking problem. Brenda (Bette Midler) is depressed and feeling insecure, given she and her husband are also separated and he has a younger, albeit vicious, mistress. None of them are exactly living their best lives, and they all need a friend. One lunch following the funeral of Cynthia (Stockard Channing), who had committed suicide following her ex-husband’s remarriage to his mistress, sets them on the path of working together to exact revenge on their exes. They catch up and relate to one another’s relationship woes, which helps them reestablish their friendship. Their grief and their need for justice spurs them towards the plan that would become their way of getting revenge on their exes, which in itself would become funding for The First Wives Club, an organization the women set up to help other abused women.

I’ve said it before, but I truly believe that certain people come into (or in this case, come back into) your life when you need them most. These women were strong, independent, and had all been wronged by their husbands. While they decided to team up to get dirt on each of their husbands in response to them cheating and treating them horribly, it almost tore them apart, as they realized that they had to be different or else they’d sink into the same mud puddle, given they eventually became vicious towards each other and it nearly ended their friendship.

Friendship and life lessons that come with it are central in this movie, which turns 25 this year, and it’s why the film has withstood time. These women were once the best of friends, and that friendship is renewed when the fourth friend in their group, Cynthia, commits suicide out of the blue. Although their friendship is once again renewed because of tragedy, they make something positive out of it. Yet, the journey to do right has some twists and turns; revenge against their exes doesn’t last as it proves to be poison to their friendship, and they realize that the right thing to do is to help other women like them, and to dedicate their newly formed organization to Cynthia’s memory.

One of the things that makes this movie timeless is the power of friendship. Annie, Brenda and Elise are all very different, but they’re all strong and independent, too. Together, they’re that much stronger. They were friends in college, but as they all embarked on their next chapters, they drifted apart. The death of the fourth friend in their group, Cynthia, is what brings them together once again. Though reunited by their friend’s tragic death, they make something good come out of it. Their friendship is the first thing audiences see in the film, as it begins on their college graduation day, and it’s obvious that their friendship is an important part of the film. Without it, they wouldn’t have accomplished the things they did.

Each of them also happen to be going through a difficult time, namely in regards to their relationships. Annie, Brenda and Elise are all faced with unfaithful husbands, and are understandably hurt and angry. While they come up with ways to get back at their husbands, including Annie becoming the majority owner of Aaron’s firm and Elise blackmailing Bill, as he’s dating a minor, they’re renewing their friendships, but they’re also helping each other individually. Elise has a drinking problem, Annie has low self-esteem, and Brenda is struggling with money. They’re overcoming obstacles at every turn, and the support that they give one another is instrumental to that. Acknowledging and working on their own setbacks helps them become better people, but also better for each other. Helping each other with their issues, whether internal or external, are healthy resolutions, and helps them to come out of the toxic relationships they’ve been in.

Like the old adage says, regardless of how long friends have been apart, they pick up right where they left off. The root of the friendship remains, and it’s obvious that their friendship never went away, given how much they all care for one another. The power of their friendship is extended to the public when they form The First Wives Club; they understand what it’s like to be in bad relationships, and they found a way to help and truly make a difference.

The Dangers Of Revenge

A life lesson is contained in the three friends’ quest for revenge on their husbands. If they go too far, how are they any better than their husbands? It even has them fighting, all control lost at one point as they turn on one another, especially in regards to the vicious fight between Brenda and Elise, who toss insults and completely turn on one another. Afterwards, Annie is initially reluctant to go on with what they intended to do, fearing that it isn’t a good idea after all. Revenge is dangerous, and it nearly causes the three women to lose what they have left: their friendship.

Thankfully, the loss of control does bring to light an important issue: there is such a thing as going too far, even when they’re the ones that didn’t have affairs. Revenge is overrated; forgiveness means everything. Though Elise and Annie’s marriages were too far gone to save, they did negotiate deals (deals their husbands didn’t like, but could live with), and were able to be civil with their exes. However, while Brenda negotiated a deal with Morty, she also found a way to ultimately forgive him and open herself up to the possibility of being with him again, as he did possess genuine remorse for his actions and really did love her. There was hope for her and Morty yet in the film’s end, and it’s a positive message. Some relationships can be salvaged; it just depends on how hard each party in the relationship is willing to work on the relationship. If both people aren’t trying, it just won’t work.

The three friends put the money they make from said deals to good use as well, forming a nonprofit organization in the memory of their dear friend Cynthia that will aid abused women. They could have reaped the benefits themselves, but turning the money gained from their exes into something for the public to benefit from means so much more. It shows their selflessness, and it’s a beautiful way to honor Cynthia’s memory.

This film is more than just the three women outwitting their husbands. It’s about them banding together to help each other through the ends of their relationships, and to aid their fellow woman in standing up to her ex and regaining confidence in herself. It embraces female empowerment and the strength of the bonds of sisterhood, but it also shows that there’s a limit. Too much power and too much revenge is dangerous, because it could tear that sisterhood apart and erase any sense of empowerment developed.

Plus, by redeeming Morty, the film refrains from spreading a message that all men are bad. Instead, it shows that humans are flawed, and forgiveness means a lot. Even though Elise’s and Annie’s relationships weren’t repaired, forgiveness is still important; who wants to hang onto anger, or even hatred? It’s not fair to them, and it would ruin any future relationships they had. Not every relationship is the same experience, and it’s unfair to place anger meant for someone else onto an innocent party. In other words, not all people are painted with the same brush. I appreciated that Morty and Brenda were on the road to working out their relationship in the film’s conclusion; it’s a message of hope, and a good portrayal of the fact that some things just work out for the better with time and patience.

Female empowerment, with women standing up for themselves and finding a way to move on past some of the hardest moments in their lives (in this case, the end of their relationships), is always a positive message. Frankly, this movie was ahead of its time in 1996, and its female empowerment theme will always be timeless, along with the ending scene of the three women dancing and singing the lyrics to “You Don’t Own Me” together, as one last show of their strength and independence before the credits roll. 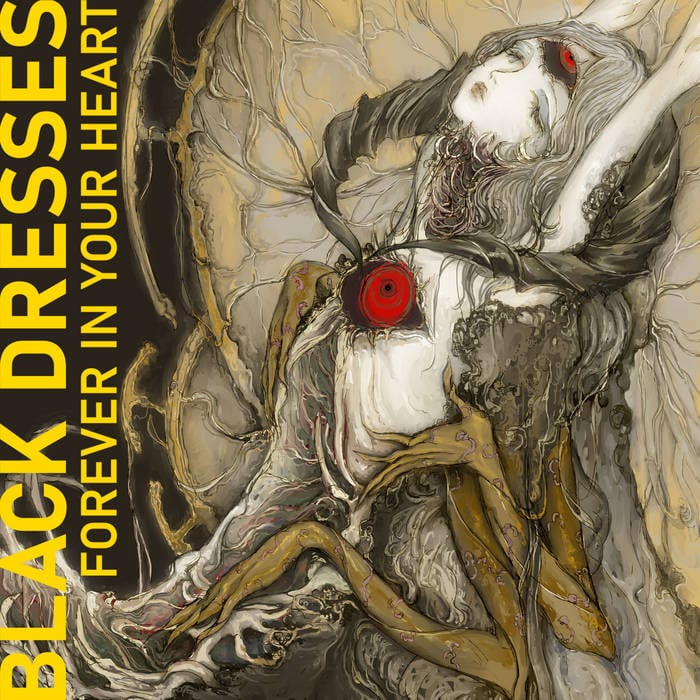