For the past few weeks, I had been hooked on playing Hades. I couldn’t imagine another game getting in the way of the rougelike classic, but somehow I got there. I was fortunate to win the Playstation Direct lottery and there’s nothing sweeter than the experience of opening a new console.

Demon’s Souls and Spider-Man: Miles Morales were at the ready; however, PS5 owners have recommended playing Astro’s Playroom first. The 3D platformer that comes with the PS5 exemplifies what the new DualSense controller can do.

I thought Astro’s Playroom would be a monotonous tech demo, but it’s actually great. I’m actually considering purchasing the DLC. The new features did not wow me much, though. What I did love was Astro as a character. Nice to have a family friendly character on a Sony console. My 2 year old daughter was drawn to Astro and insisted on making Astro fly.

Astro’s Playroom is also a celebration of Playstation’s history. You get to collect past consoles, accessories like the PS1 multitap, and game cartridges. My favorite being the cart to one of my favorite Vita games, Tearaway.

As for the DualSense, I’m not sure how I feel about it. I have so many hours with the other Playstation controllers that it’s too soon to tell. The DualSense for sure feels like the newest controller design for Sony.

Am I excited for all the new features from the DualSense? Not really. I have a feeling it won’t be utilized much in the future much like the Vita with the rear touchpad. 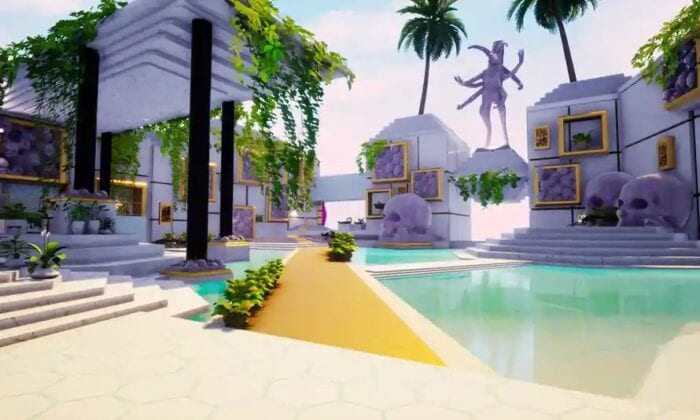 I’m pretty easy to please. Oh, your game has a vaporwave aesthetic? I’m on my way. Paradise Killer dropped  few months ago but I kind of slept on it until now. You play as Lady Love Dies, an investigator released from her exile to solve a mass murder. The entire council of the island has been massacred during the night and only a few people are left on the island to interrogate. It’s honestly mostly a walking simulator, exploring the beautiful and stylish island to uncover clues and learn more lore about the so-called Paradise and its former residents.

It’s got gorgeous visuals with all the staples of vaporwave plus some cool cosmic horror thrown in for good measure. The music is also fitting, with chill beats and future funk. While obviously you’re there to solve a murder I really just enjoyed wandering around and taking in the sights. One interesting aspect is that all the NPCs are flat drawings in a 3D space. It works quite well and each character is perfectly over the top. Here’s a pop-idol with a goat head selling secrets in a tunnel! Or a blood red skeleton in a white leather jacket mixing me cocktails!

I also feel like the more you explore the more you are rewarded with info leading back to your investigation, which is helpful because there’s a LOT going on and I can lose track of this kind of stuff fairly easy. It’s all written down in your menu for you to look over, with relevant clues automatically tying themselves to suspects. You can also unlock skins for the menu, from Greek busts to flowers and ocean scenes. These are acquired from opening fast travel points, optional but a fun bonus incentive.

I haven’t finished it yet and I kind of don’t want to. I want to explore every nook and cranny of this gorgeous world before I return back to cold hard reality. 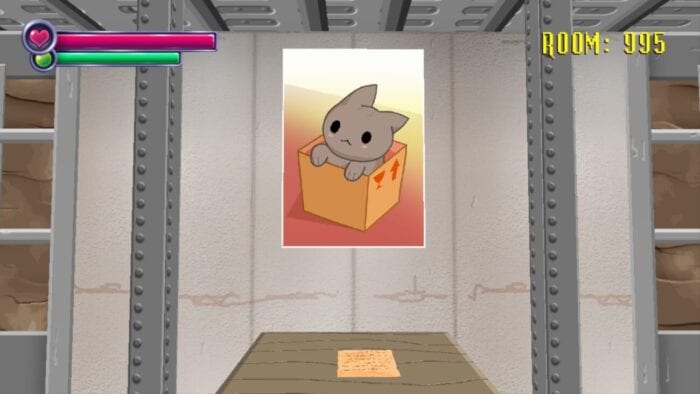 This week, I got done playing Spooky’s Jump Scare Mansion. Don’t ask me how or why I wanted to play this one, but I love the cute hell out of it. You play as some nameless player trapped in a mansion with one thousand rooms. The owner, Spooky, an adorable little ghost tasks you with getting to the 1000th room. But alludes that the ending might be more elusive than you think.

And that is your lot. You move from room-to-room, each one randomly generated, trying to make it to the end. The game’s defining feature is its ability to hide its effective horror underneath a veneer of cartoonish, endearing aesthetics that wouldn’t look out of place in an episode of Adventure Time. The primary mechanic, moving swiftly through the mansion, is used to generate a surprising amount of tension. Tension that is sharply cut by the titular jump scares, which come in form of cardboard cutout cute things that pop out, unexpectantly. Whether it be a spider with a smiley face or a piece of bread, chances are you’ll catch a fright, thanks in no small part to the accompanied sound effect, which of course is equally as sweet. These are the most enjoyable jump scares I’ve experienced in a while.

However, the further you progress, the further you’ll think it’s not just the jump scares that are off about this place. The horror creeps under your skin as you discover Specimens. These are abhorrent things that give a reason to the largely forgotten about health bar in the corner of the screen. When these things show up, cute goes out the window. They will pursue you; each one has varying mechanics that you will need to quickly learn or quickly die. The low res presentation of the pursuing specimens makes them all the more creepy and each has their own horrifying sound track to boot. You better hope you have learnt the layout of some of the repeating rooms, as one wrong turn around the maze like corners could bring you face-to-face with a demonic deer man hungry for your soul.

The overall gameplay experience can be repetitive. You’ll spend the majority of your time waiting for something to happen, as the rooms provide no real challenge or puzzle. You just got to get to the door, which is sometimes seconds in front of you. What kept me engaged was discovering what the next Specimen was going to be. And the whole thing is interestingly eerie. The makers have done a great job with disturbing sound design and a less-is-more approach. The game knows when to be quiet and when to cause you stress with noise. And they definitely have an appreciation for horror games – several nods to other franchises can be witnessed on your journey.

I played the original free version, however I may be tempted to try out the “HD Renovation” version to show my support. Either way, check out this oldie if you can for a different spin on horror gaming.