If you watch a lot of movies (and if you’re here you’re probably someone who does) you might get a bit tired of how just dang predictable they can be. Tropes stand out to you, plots have been done a million times, there’s always that one guy who plays the same character in everything. If you’re looking for something totally unique, I have a few suggestions. All of these stood out to me in different ways, from set design, filming method, to an out-there story. Oh, and no Charlie Kaufman films, because that’d be cheating. 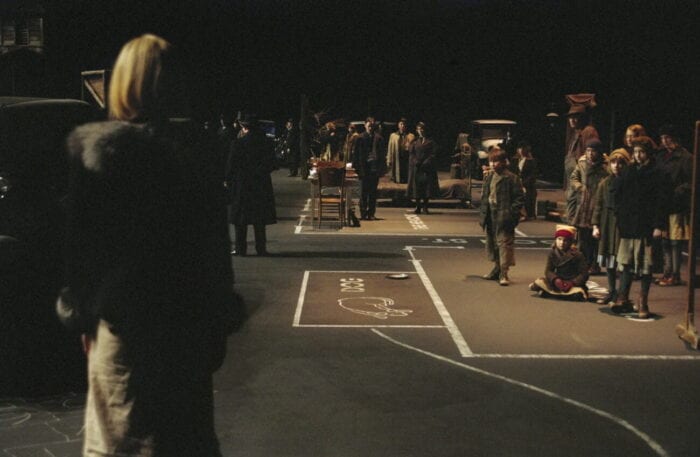 Lars Von Trier has made a name for himself with films covering heavy topics with style and outstanding casts. Dogville is no exception. Nicole Kidman, Paul Bettany, John Hurt doing the narration…it’s got a lot of talent. All of the acting is the main focus because there are basically no sets. There are “houses” outlined in chalk, with only a table or chair to furnish the inside. You can see what everyone is doing in the background of every shot. It’s like a stage play on film. There’s very little music and sound as well, just tiny things here and there like the turning of an invisible doorknob. I can’t say I’ve experienced anything else like it (although I know there are a few more films in this style) and it definitely makes you use your imagination for the “missing” bits.

Since this is a Lars Von Trier film, it does get dark, and I’d like to give a warning that it contains sexual assault. Thankfully our next film has a much lighter tone.

Dave Made A Maze

From no sets to an arts and crafts extravaganza! This is what my kid self dreams about. The titular Dave starts building a cardboard structure in their apartment living room, and it gets a bit out of hand so his girlfriend and friends set off to rescue him from the depths. It’s like a TARDIS, seemingly ordinary on the outside, enormous on the inside. The maze is full of traps and amazingly creative props and set pieces, all made of cardboard. This film is a joy to watch and I couldn’t wait to see what they would find next around each corner. It’s told in a mockumentary style, which adds to the charm. 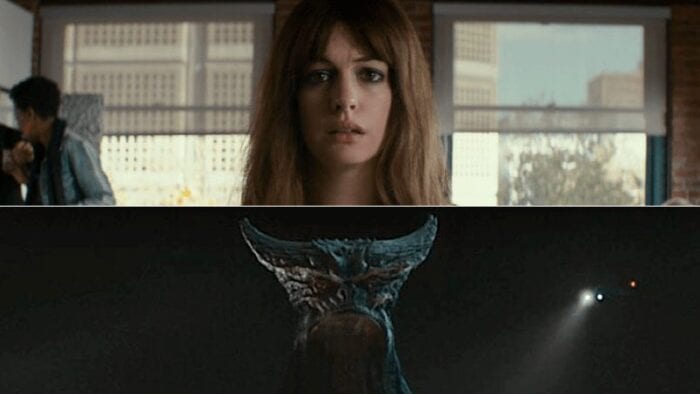 I love when movies use ridiculous ideas to deal with very small scale human problems. In Colossal, Gloria (Anne Hatheway) is dealing with alcoholism and probably depression. Her boyfriend kicks her out so she returns to her hometown, getting back in touch with a childhood friend and hanging out at his bar. After a night of drinking, she discovers she somehow has control over a giant monster in Seoul, South Korea when she walks around in a playground. So it’s part sci-fi, part black comedy, with some drama thrown in there for good measure. Gloria soon comes to understand the seriousness of her…affliction, and how it has real-world consequences, and learning to deal with matters at home as well. I loved the story here, and honestly more movies need kaiju in general. Don’t worry, they do explain why she can control the monster! 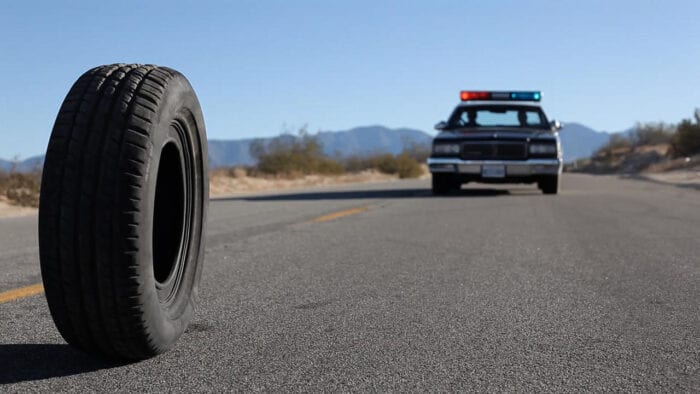 This is a love it or hate it film, and I’m squarely in the love it category. Rubber is…interesting, to say the least. It’s made by musician Mr. Oizo (who I can only picture as a Muppet thanks to his music videos) and is a meta satirical horror film about a car tire that kills people through psychokinesis. The tire is named Robert for some reason. There’s also a group of people in the movie who are watching the events take place through binoculars. I love imagining someone off-screen pushing the tire and everyone getting into their places really fast so they can start shooting. I know they had a remote control for some parts as well. It really goes to show you can make a movie about literally anything. The sky’s the limit!

To explain this one I kind of have to give it away, so—spoilers! This is a film-within-a-film….within-a-film. You start with some teens watching a movie, and then we’re pulled out again and again. I can’t remember how many layers there are because, at the same time, the movie is doing this pseudo-hypnotism thing with ambient noise and repeated phrases that make it hard to pay attention to the plot sometimes, making you zone out. In a cool way though, it’s a unique experience. I’m here for the ride! Plus the legendary Zelda Rubinstein is here and does a superb job as a “Mommy Dearest” type character. Content warning for violence and some nasty stuff involving eyeballs.

Why watch one screen when you can watch four at once? Timecode is the film for you! It’s divided into four corners, with different events taking place in each one. The most “important” scene is will be indicated by the volume. It takes a bit to get used to, and honestly gave me a bit of a headache afterward but I enjoyed seeing something so unusual. To add to this insanity, all the scenes are being filmed at the same time. There’s a lot of improv going on here but I can’t imagine the planning and rehearsals that went into this. Some movies are more interesting when you think about what went into making them than the plot of the film itself. No shade on director Mike Figgis though.

So take heart, if you feel like you’ve seen everything films have to offer, I can guarantee there are many out there that will surprise you. Take a chance, watch something weird! And tell me about it on Twitter! I’d love to hear it!