Few artists have managed to leave a bigger imprint on their scene with a smaller catalogue than Neutral Milk Hotel. Singer-songwriter Jeff Magnum and his recording partners succeeded in becoming of the most acclaimed and beloved underground music acts of the mid-to-late ‘90s, despite having a discography you can listen to in under two hours. Their star did indeed rise slowly, and the Louisiana band was well into more than a decade0long hiatus before their work began to be truly recognised.

It was, of course, their highly celebrated sophomore album—potentially the most celebrated sophomore album in indie-rock history—In the Aeroplane Over the Sea, that ultimately earned Neutral Milk Hotel its credentials. However, though I’m no In the Aeroplane Over the Sea sceptic—it’s certainly a phenomenal record and my favourite of 1998—it’s always nice to root for the underdog in a contrarian sort of way, and in this case, their debut album, On Avery Island has a set of merits very distinct from those of the more abstract follow-up.

That In the Aeroplane Over the Sea overshadows its predecessor is undeniable; on Spotify, for example, Neutral Milk Hotel’s top five songs are all from the sophomore album, with the title track having at least six times as many streams as any song from On Avery Island. It’s not uncommon for a band to have one project that’s dramatically more successful than another, but that’s still quite a significant gap. It’s easy to see why in this case, as In the Aeroplane Over the Sea is indeed the better album, with a more varied and dynamic instrumental range and stronger songwriting. The instrumental tracks and recycled melodies that comprise a significant portion of On Avery Island make it a less exciting and complete-sounding record. However, like many a rock debut, what it loses in layered and accomplished musicianship and songwriting, it makes up for in its rawness and more upfront emotionality.

While not entirely lacking the folk influence of In the Aeroplane Over the Sea, On Avery Island is so much more a rock album. Though the band later expanded to a quartet, this first album was made almost entirely by Jeff Magnum and producer Robert Schneider. The tracks “You’ve Passed” and “Gardenhead/Leave Me Alone” do feature some fuzz bass that comes courtesy of Lisa Janssen, co-designer of the surreal carnival-themed cover art, and some other tracks add some trombone from Rick Benjamin. The final instrumental track, on the U.S. version at least, “Pree-Sisters Swallowing a Donkey’s Eye”—the run time of which varies from three-and-a-half to almost 14 minutes, depending on which version you’re hearing—also includes accompaniment from an orchestra of Indonesian instruments.

The rest of the instruments and writing all come from Magnum and Schneider. Schneider did eventually succeed in delivering the Beatleseque sound he had initially envisaged on their more famous second album, which incorporated the richer instrumentation on top of the distinctively lo-fi sound. Nevertheless, the sound palate of On Avery Island is anything but thin. It may rely more on indie-rock fundamentals and lack the reach of its successor, but the trusty combination of guitar, drums, and bass is still complemented by bells, keyboards, organs, horns, and xylophones. And not to be overlooked is the level of character given to these instruments by their treatment in the low-fidelity production process, sounding distorted, grainy, and heavy. Songs like the instrumental track “Marching Theme” have such a thick layer of noise and processing that they take on an alarming, almost horrific atmosphere. In the same way it was said of Van Gogh that he used so much paint that his pictures were almost sculptures, the songs here emerge with a similar quality. Their vibrancy combined with this low-fi raggedness conjures the scent of cracked and peeling oil-based paints, mixing with the unforgiving salt air. 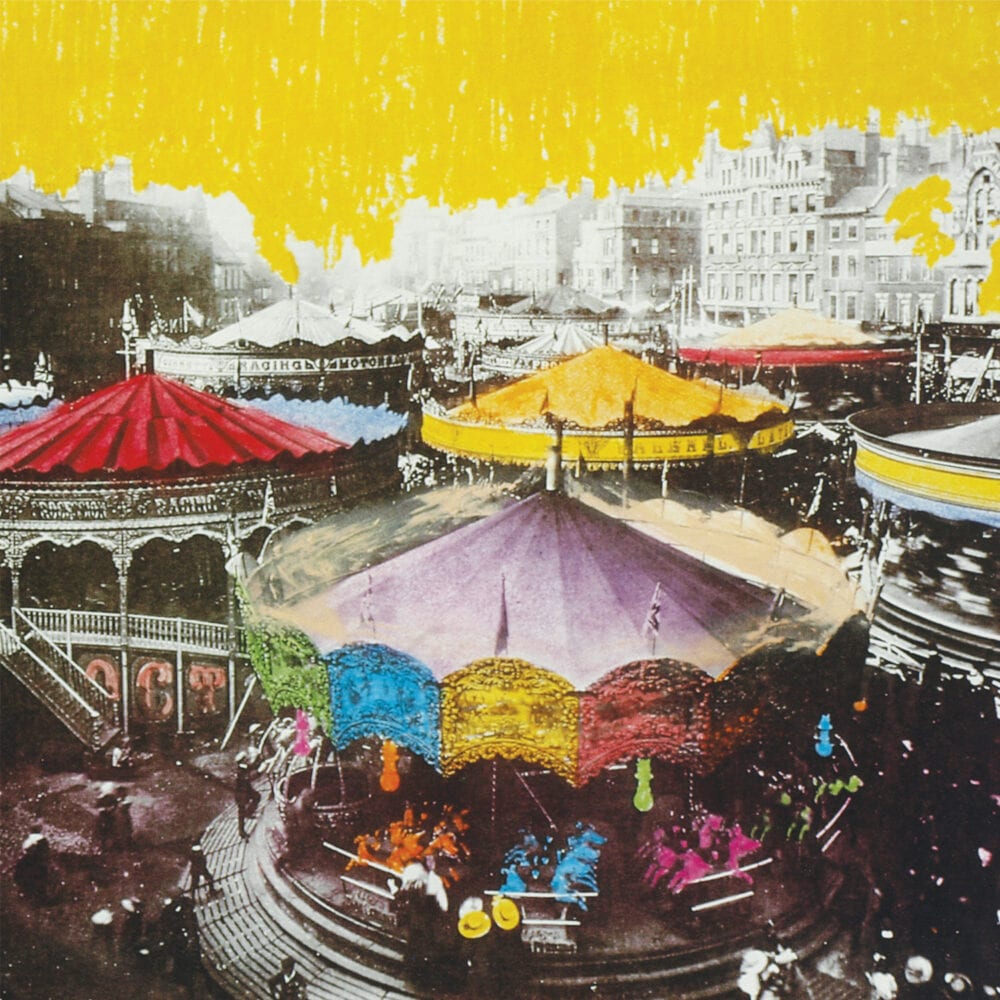 The brightness of the instrumental riffs and melodies combined with this distortion and the underlying sadness of the lyrics gives On Avery Island its uniquely bittersweet sonic character, with its faux-upbeat temper and ironic humour. Throughout, the songs tread the line between sincerity and an almost gallows sense of humour that feels forced upon the artist by a sense of his own absurdity. The most lyrically sombre tracks like “You’ve Passed” and “Three Peaches” express this tragic sense of futility, as Magnum addresses his songs to his late grandmother or to his suicidal friend. Little gives one a sense of their own insignificance like trying to comfort someone suffering from depression, and few people are more valued than those that do try.

Throughout the album, this imagery of reaching out to someone inaccessible is extremely prevalent, be it because they have passed away, as with “You’ve Passed” and later with “April 8th,” or because you are simply not a part of their life, as much as they might be a part of yours. Tracks like “Naomi” and “Where You’ll Find Me Now” see Magnum seemingly addressing objects of his desire and affection and feeling his insignificance in his failure to make himself noticed.

This feeling of insecurity and discomfort around one’s own desire coalesces on perhaps the album’s high point, the visceral, upbeat, and disturbing yet oddly sweet opening track “Song Against Sex”. Presenting a jaded and compassionate view of sexual interactions, the track finds Magnum singing from the perspective of a character wrestling with their emotions and looking for answers having seemingly just lost their virginity to an older man. It’s one of the record’s more oddly ahead-of-its-time moments, finding Magnum railing against sexual aggression and a society that privileges men’s sexual gratification higher than the sexual autonomy of others.

In much the same way that Pablo Honey and The Bends have been overshadowed by the influence of Ok Computer, On Avery Island has suffered by comparison to its sister album, but it is by no means any less powerful in its own right. It’s a tough sell, as it’s both less rewarding and less catchy than the later project, but Magnum’s explorations of social disaffection and loneliness are still as melancholy and affecting as ever. For some, it may even be a more accessible and relatable project, as the lyrics are a lot more upfront in their articulation of a search for answers in a lonely and perplexing world. It’s a very different animal but is still deserving of recognition as little less than a masterpiece and easily stands as one of the best records of 1996, thanks to its unique melancholy atmosphere, pained and personal songwriting, and hypnotically dynamic range.