On a 2008 episode of Mythbusters, hosts Adam Savage and Jamie Hyneman were given the mini-challenge of whether or not they could polish poop to answer the idiomatic burn of “you can’t shine shit.” As it turned out, using an ancient Japanese art technique called dorodango of molding earth and water, the hosts were able to pull it off. The biggest downside, other than the painstaking time, was how the polished sphere still smelled like shit. In revisiting the Justice League film molded with different earth and water than his own, filmmaker Zack Snyder had to essentially perform the same miracle. Well, he did it, and even more wondrous, it doesn’t smell.

About three-and-a-half years ago when Justice League hit theaters, this very critic stated how the mix between Snyder’s continued bold vision and fill-in director Joss Whedon’s Etch A Sketch-shaking contributions “might as well be steak sauce poured on ice cream” and added, “The flavors of Snyder’s meaty machismo for explosive bangs do not mesh well with Whedon’s penchant for playfulness.” Reflecting on that erratic result, a departing question was posed to “wonder what a straight Snyder film of all steak or a straight Whedon version of all ice cream would look like for Justice League.” HBO Max has opened the Snyder Steakhouse and plated a Wagyu beef steak, savory in every bite because it is composed of a substantial amount of tasty and valuable fat.

Jumping right into the dramatic maelstrom, it is the sonically reverberating death of Superman (Henry Cavill) in the closing moments of Batman V. Superman: Dawn of Justice that rattles and cracks the three fabled Mother Boxes hidden and protected on Earth across Atlantis, Themyscira, and America. Their reignition brings forth the imposing and axe-wielding Steppenwolf (fantastically redesigned and voiced by Ciaran Hinds), the harbinger of the calculating conqueror Darkseid (Ray Porter) of Apokolips. Capturing and combining these three “Change Engine” cubes of pure power will unleash a destructive force that can purge a planet back to its primordial soup.

Seeing the signs and preparing like crazy with Alfred Pennyworth (Jeremy Irons) are Batman (Ben Affleck) and Wonder Woman (Gal Gadot), who are trying to recruit warriors. They earn the participation of three in the form of Flash (Ezra Miller), Aquaman (Jason Momoa), and Cyborg (Ray Fisher) and pine for their deceased paragon, grieved by Lois Lane (Amy Adams) and Martha Kent (Diane Lane) who would vastly improve their chances.

Batman is not a leader. He’s a loner working in the shadows as a vigilante for twenty years. Wonder Woman could be a leader. She is a heartsick and untapped symbol that has hid from public view for a century. In the absence of Superman’s exemplar figure and shouldering strength, both are thrust into a leadership role and the associated burdens that come with that role weigh on them. Both have to step up and the two lean on each other in an effectively aware relationship conveyed by Affleck and Gadot.

To cheer “hooray for teamwork” is an echo from the first version of the film, only this time the conflict and resolution amassed the “dauntless and audacious” that corrected a dearth four years ago. This impending threat is a rallying call for good old-fashioned teamwork for a greater cause.  These heroes are stronger together and better for the shared experiences than standing alone. However, what they are leaving or giving up to join this fight is shown and built with new substance.

Starting with the loss of the Man of Steel and continuing to a few others, impactful deaths linger in this opus. Who the departed represented and, more importantly, their martyred actions are thickened with the dimensions to truly matter. The losses come with pauses rather than nuding hurdles to get going to someplace else. Likewise, the addition of Darkseid looming in the background creates a tremendous difference of threat and stakes next to a snarling and scarier Steppenwolf, who also is given a few more shadings.

Moving back to the patient massaging necessary for dorodango, a doubled running time clearing four hours creates a heroic tapestry nearly equal in minutes to what the famed Bayeux Tapestry is in feet. The cinematic embroidery to put this Justice League together into six distinct chapters (plus an epilogue) feels substantial. In scene after scene, the methodical nuances and details now outnumber the vaunted fireworks and tumbling roller coasters. One’s time was sure taken here.

Better outlines are everywhere and transitions are smoothed throughout this new cut. Extra praise goes to regular Snyder editor David Brenner joined by early Christopher Nolan and later David Ayer collaborator Dody Dorn (Memento, Fury) in pacing this beast. That said, the length can be a challenge and the oddball epilogue that will go unfulfilled counts as one place of a few that could have been sheared closer to the muscled skin.

The major screenplay benefactors of extra storytelling cloth are the then-newly introduced supporting heroes underneath the established Big Three. Chris Terrio (Argo) not only had more backstories on paper, but the midcard talent of Barry Allen, Arthur Curry, and, most especially, Victor Stone are given more lines and celluloid man-of-action moments to engage in these broader confrontations. Some of those developments count as spoilers, so enough is teased just on the mention and compliment.

If one was to ask what is the greatest trait or capital improvement this new cut brings forth, the answer would be easy: TONE. It starts with the music and what a difference it makes. Junkie XL, credited by his real name of Thomas Holkenborg, composed an entirely sterner musical score with no retread cues used by previously by Danny Elfman that sent the first incarnation in the wrong backward direction of bringing up the outdated past. Snyder also fortified the tone with multiple Nick Cave songs for added dramatic effect.

Pulling a quote from the film, “hate is useless.” Stretching the notion beyond, a random Dutch blogger named Linda declared “Hate is a useless feeling. Anger, now that’s constructive. Hate is utterly useless.” Plenty of hate in different forms and expressions has come to surround all things DC Extended Universe and all things Zack Snyder. Some folks can’t help it when they need to step back from anger and let someone work.

For better or worse, Justice League is still a Zack Snyder film with that Wagyu fat of personal excesses. When he says “action,” cinematographer Fabian Wagner asks “how dark” and “how slow” in a regrettably truncated 1.33:1 TV screen aspect ratio that clips space and wings. The director’s penchant for overwashed color palettes and repetitive slow-motion is alive and well as an acquired audience taste. The overuse of both is there, but that’s what you get with Zack Snyder’s signature. That’s like curtains and trees for Terrence Malick, the lens flares and extra twists J.J. Abrams, patriotic explosions for Michael Bay, and chatterboxes and feet for Quentin Tarantino.

Had Zach Synder’s Justice League made it to theaters, a four-hour film would be damn near unmarketable for a box office bonanza, no matter the year or landscape. To split this like Harry Potter and the Deathly Hallows and space its release between a profitable summer slot and a sweeping holiday weekend at the end of the year, though, would have been perfect. Even with a present pandemic, the studio could have easily put a PVOD price tag on this and it would have sold. Count that as even more woulda-coulda-shoulda. Warner Bros. will have to settle for an HBO Max subscription spike instead. They may very well get one.

Give the determined and reinvigorated 300 and Watchmen director four-hours, extra millions, and full creative control and you get this kind of beefy result. Zack Snyder’s Justice League builds the saga both the audiences and characters deserved four years ago. Nearly every artistic and technical layer moves with different beats and flourishes. Even with the problematic precedent this whole odyssey set into motion from a fan outrage/support standpoint, this new fulfillment is a positive testament to what this second attempt means for and earns both the creators and the consumers. Let this be a stump for granting a creator’s vision and the control they deserve in the first place. 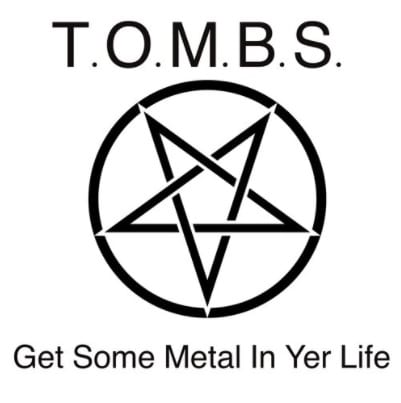