In the summer of 1989, Spike Lee released Do the Right Thing, one of the best movies of the decade. The picture was both applauded and derided. Lee’s film was a small movie with a message as powerfully large as New York itself. The story took place over the course of a single 24-hour period, yet the events depicted on screen would alter the lives of every character within it. The film also changed the lives of the people who made it, particularly writer/director Spike Lee, who hasn’t stopped for a minute. Just last year he made two of 2020’s best movies, proving that Lee is one of the industry’s leading filmmakers.

In 1994, Lee went back to the early ’70s, where he depicted life as a youngster in the minor but entertaining Crooklyn. Those two films marked the first and second installments of Lee’s unofficial Summer trilogy. For the third, 1999’s Summer of Sam, Lee places his story near the middle of those previous movies—he goes back to 1977 when the director was just 20-years-old. It was the summer of Star Wars, the death of Elvis, Studio 54, and ABBA. It was also the summer when New York was paralyzed with fear as young women were being gunned down by a random stranger known simply as the “.44 caliber killer.”

The media, the police, the disco club dancers, the mob, and just about everyone else were at a loss in determining who the killer was. Yet, he was one of New York’s most famous individuals. Everybody knew of him but nobody knew him. As the shootings continued to rise along with the sweltering heat, so did people’s suspicions, and nobody was safe from being branded the suspect. 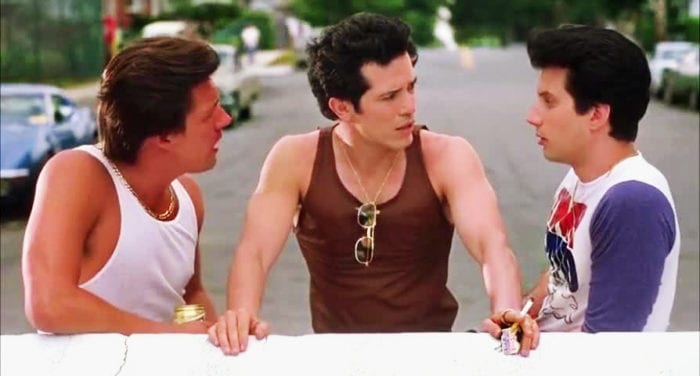 As depicted in Summer of Sam, the killings begin just as Richie (Adrien Brody) returns to the old neighborhood after spending time away. Richie’s old buddies are shocked at his new appearance, complete with spiked hair, leather pants, and Union Jack t-shirt. Richie has adapted the then-emerging punk lifestyle much to the horror of his old hangout chums. Words such as “freak” and “Dracula” are thrown at him while his closest friend, Vinny (John Leguizamo) urges them to lay off. Vinny is no doubt used to having insults thrown his way as well since he’s a talented male hairdresser and neighborhood guys are going to bust the balls of whoever doesn’t conform.

Vinny is married to the gorgeous Dionna (Mira Sorvino), and at first glance it appears these two have their lives made. They have steady incomes, a flashy car, a killer wardrobe to go dancing in every night, and even the respect of the neighborhood goons. However, much like Warren Beatty’s character in Shampoo, Vinny has a compulsive urge to sleep with anybody whose hair he works on. Angie suspects he’s cheating but isn’t too sure. Maybe it’s the .44 Caliber Killer fear seeping into her unease.

Richie is the only one Vinny confesses his misdeeds to, but the friend doesn’t have any answers. He begins seeing Ruby (Jennifer Esposito) who finds the punker’s look and attitude a major turn-on. With Richie being kicked out of his house and the neighborhood goons urging him to keep away, Ruby turns out to be just the companion he needs, and she doesn’t even mind that he dances for cash in a sleazy gay club run by a man named Midnight (Michael Imperioli, who co-wrote this movies screenplay with Lee and Victor Colicchio).

Like Do the Right Thing, Summer of Sam takes place during an unbearably steamy summer, where the longer it goes on the more tensions among the cities inhabitants boil to the brim. People’s patience is running thin with each other as the oppressive heat, combined with economic hardships, addictions, the random killings, and in Vinny’s case, the urge to sleep with any female who bats an eye at him (including his sexy employer Gloria, played by an underrated Bebe Neuwirth), culminate in a confrontation that changes lives forever.

In those areas, Summer of Sam has its similarities to Do the Right Thing, but there are many differences. The police officers here (Anthony LaPaglia and Roger Guenveur Smith) are portrayed more positively, but are still useless. There are a lot more uses of the F-word (435) than in Do the Right Thing, and it is much more sexually explicit. This film’s treatment of women is especially tougher this time around. During their big fight scene in and out of their car, Vinny at one point spits in Dionna’s face, which according to IMDB was an instruction Lee gave Leguizamo without letting Sorvino know what was coming. 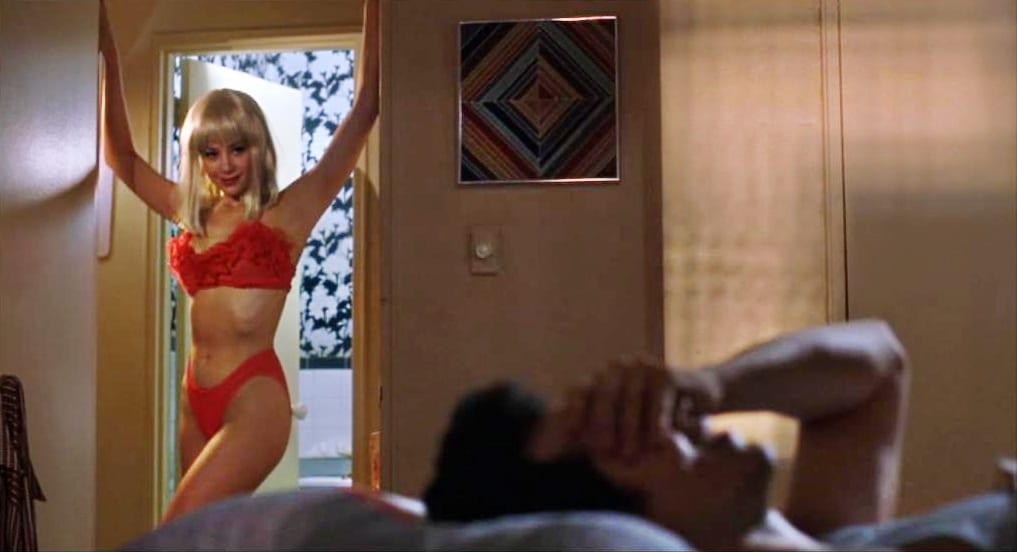 Summer of Sam and Crooklyn were both movies about a particular summer, while Do the Right Thing took place over a single day. This movie’s cast was predominantly Italian-American, while DTRT and Crooklyn’s was African-American. This movie is missing the golden yellows and reds that were so effective in DTRT and Crooklyn (through Ernest Dickerson’s and Arthur Jafa’s cinematography), and incorporates a more washed-out look that Lee has been working with ever since 1995’s Clockers. Lee was probably influenced by the then-recent release of Paul Thomas Anderson’s Boogie Nights, as this movie opens with a five-minute tracking shot much in the same vein as Anderson’s.

All three movies movies are about New York in the summer—Queens in Summer of Sam‘s case—and how prejudices manifest themselves (less so in Crooklyn though). They are also both about how the city’s residents live with a steadfast view of how things should be versus how they actually are. Summer of Sam is not a crime mystery about the motives or psychology of David Berkowitz (here portrayed by The Practice actor Michael Badalucco). It’s not even a serial killer thriller procedural the way David Fincher’s Zodiac is. In fact, Berkowitz probably has less than five minutes of screen time in this entire movie. Yet he possesses a Darth Vader-like presence over every character in this film. 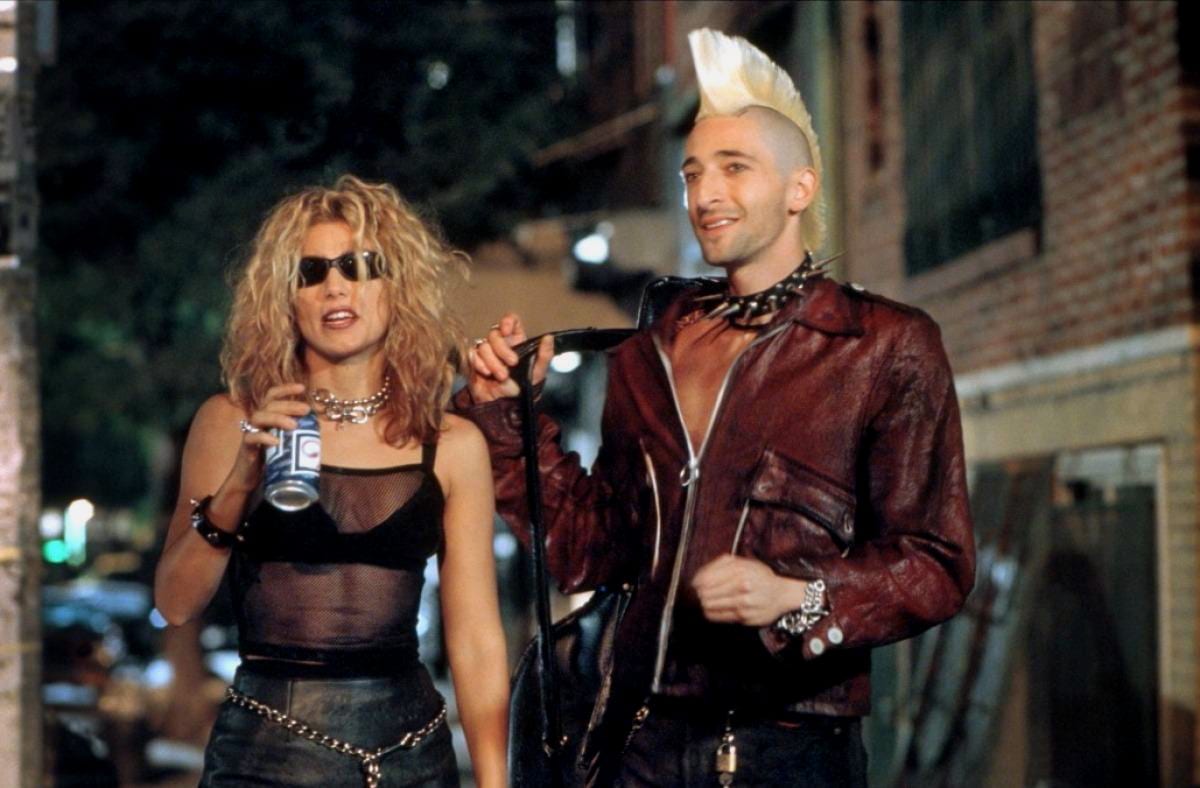 Much like DTRT and Crooklyn (which was told primarily from a child’s point-of-view), this movie is often quite amusing. The most entertaining and memorable scenes are the ones where the neighborhood guys hang out overlooking the bay every single day. They curse at each other, sell drugs and curse some more. This gang, seemingly led by Joey T (Michael Rispoli) and comprised of Brian (Ken Garito) and Anthony (Al Palagonia), almost warrant their own movie. These guys have nothing else going on in life. They don’t have wives or girlfriends, and as depicted they don’t even know how to talk normally to women (the kindest name they refer to Ruby is “skank”). Imagine The Sopranos crew hanging out in the back of the Bada Bing and you’ll get an idea of this language.

Summer of Sam didn’t inspire any national discussion or set of a storm of controversy the way Do the Right Thing did ten years earlier. It might have been considered one of Lee’s “light” films despite the heavy adult subject matter (it was the second film released in the summer of 1999 depicting an on-screen orgy, the other being Stanley Kubrick’s Eyes Wide Shut). With The Phantom Menace and American Pie eating up the box-office that summer, Lee’s movie didn’t electrify audiences for whatever reason. It was a summer where audiences wanted to feel good. Movies like The Mummy and Notting Hill made audiences feel happy when they were over. Movies like Summer of Sam, Eyes Wide Shut, and later Fight Club didn’t. Summer of Sam depicted a summer that occurred 22 years prior to the one it was released in. This year will be 22 years since the release of Summer of Sam. Here’s to Lee doing what he’s doing in another 22.