Welcome to What’s the Buzz, 25YL’s feature where members of our staff provide you with recommendations on a weekly basis. In our internet age, there is so much out there to think about watching, reading, listening to, etc., that it can be hard to separate the wheat from the chaff, filter out the noise, or find those diamonds in the rough. But have no fear! We’re here to help you do that thing I just described with three different metaphors. Each week a rotating cast of writers will offer their recommendations based on things they have discovered. They won’t always be new to the world, but they’ll be new to us, or we hope new to you. This week, Hal Kitchen checks out Could Divine, Remembered from Anrimeal and Lor Gislason is excited about NieR Replicant ver.1.22474487139.

Hal: It’s a rare and bittersweet joy to discover such depths of talent and vision in so little known of an artist. It’s both exciting to feel like you have been present at the start of something explosive, and yet disheartening to consider that you may forever be among the few to recognise the brilliance waiting to be discovered. When computer folk artist Anrimeal’s debut album released in November of last year, it emerged as one of my favourite albums of the year and was certainly one of the most unique. Entirely written, produced and performed by Ana Alves, blending aesthetics of ambience, field recording and post-minimalism with those of folk and electronica, Could Divine was a heady, intoxicating experience, delving into a mysterious and melancholic inner world. Despite its short running time of just over half an hour, it’s the kind of debut that artists rarely manage to top.

Six months on and Anrimeal has delivered an equally unconventional take on a remix album, delivered to Spotify in two parts (though it is best heard in full on Bandcamp). Could Divine, Remembered blends remix album, deluxe album and album documentary, cutting, mixing and overlapping her ruminations on the recording process and artistic process into a poetic musical soundscape every bit as eerie, intimate and magnetic as the album itself. The album presents the same nine tracks as before, in the same order, though this time each one is given a new form, be it a remix, an early demo, or an artist’s commentary, resulting in a kind of mirror image of the original tracklist. For example, instead of the original’s “Vertical” we now have the stunningly beautiful, piano-backed “Horizontal”.

The opening track “Hello And A Half” comprises her comments on Could Divine’s themes of nature, stating “this album isn’t about my going into the wild, but rather about being in a tight room and finding a window”. However, each sentence of her commentary was recorded in a different location, with different background noises and sound qualities, with the track transitioning into sung sequences and song fragments, overlapping vocal takes, poetry readings and excerpts from the “Marching Parades” instrumental. It all sounds beautifully cohesive, graceful and enlightening. 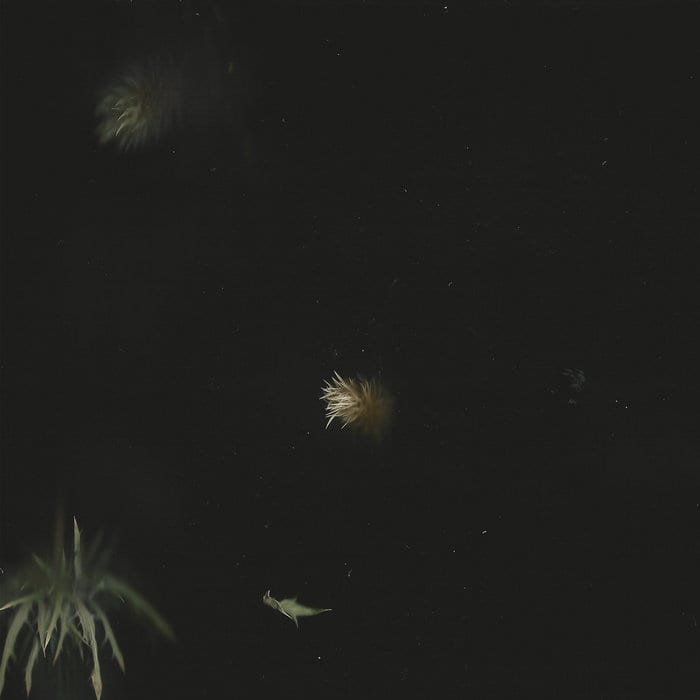 Overall, it’s a wavier and more moody and mellow experience, pushing more in the direction of an ambient soundscape, as implied by track titles like “Encaustic Witches As An Ambient Track To Help Me Sleep”. Tracks like this and “Elegy For An Empty Ocean (The Silver Field Mix)” are beautifully soothing and tender, but it’s the moments when Anrimeal comes through most unfiltered and idiosyncratic that one is truly invested with the sensation of being in the presence of a bona fide musical genius. One of these moments is “Headrest, A Story About Feeling”, where she describes her frustrations at trying to get a track to sound the way she felt while the musical backing shifts in response to her voice, switching between the finished track, an early demo of it and the alternate track it replaced on the record, a stirring jazzy number that I really hope we hear in full someday soon. It’s an inspired creative decision that provides a fascinating window into her process while sounding fantastic in its own right, highlighting both her versatility and the precise nature of her vision.

It’s an intensely intimate experience, one track consists of nothing but thirty seconds of Ana Alves’s own heartbeat and another is a series of self-affirmations set to room sound, and the vocals match this atmosphere, often sounding like her lips are just millimetres from the listener’s ear. Her speaking voice is so soft and refined though that it never feels invasive, remaining delicate and respectful, never abusing this intimacy with her audience. As a result the experience never becomes wearing or overwhelming, captivating with its sheer beauty, tenderness and originality. The album has a playful streak as well with the perfect touch of humour to Alves’s personality and winning, vulnerable presence.

Could Divine, Remembered is a stunning complement to its sister record, with a strange and scrappy beauty all of its own, presenting both unique new highlights that show Anrimeal’s versatility and potential and elegant, insightful reflections on an unsung masterpiece presented with as much imagination, creativity and beauty as one would expect of such an innovative and unique artist.

Digital and physical copies of Could Divine, Remembered and associated merchandise are available to purchase on Bandcamp, with all profits from this release to be donated to refugee support organisation Plataforma de Apoio aos Refugiados.