Well, I’ve finished my Persona 5: Strikers playthrough!  It only took about fifteen more hours than I thought it would!  In the end, my game clocked in at around sixty hours. The Phantom Thieves’ new adventure was enjoyable and kept my attention all the way to the end, even though the characters weren’t as dynamic this time around.  However, while I enjoyed the opening hours of the game, the battles in the latter half felt somewhat repetitive.

Persona 5: Strikers is sequel to the original Persona 5 (not Royal). It features the entire Phantom Thief crew from the vanilla version of the game. When the metaverse pops up again and people start acting strangely, the Phantom Thieves discover that they’ve been framed as the ones responsible.  To clear their name, and to discover the actual culprit, they go on a cross-country trip of Japan.

Strikers‘ storyline is not as complex nor as dark as Persona 5’s, but it still held my attention. This is largely due to being able to once again join the Phantom Thieves on another mission. While the first game focused on the group changing the hearts of Japan’s most reprehensible villains, this game’s story asks what happens to a person when they have been forced to endure unspeakable hardship. Most of the antagonists of the game aren’t outright evil, they’re simply people who have taken a wrong turn in life and need to be corrected on their path.

Some of the members of the Phantom Thieves get the spotlight as they interact with these wayward members of society. Ann, Haru, and Yusuke in particular find ways to help them. The hardships they endured in the original game allow them to encourage the would-be villains to change their ways before it’s too late.  But aside from those character interactions, there isn’t much development to be found in the members of the Phantom Thieves. They’ve already all gained their Personas and gone through their transformative moments in the previous game. Those moments are largely absent here.

Social Links are also not present in Strikers and have been replaced with “Requests” which allow you to run errands and perform certain tasks for members of the Phantom Thieves. These tasks vary in length and complexity.  Some require you to gather certain items. Others have you re-fighting bosses or sneaking through dungeons.

Completing these tasks will reward you with extra equipment, make certain items available in the online shopping store, and boost your “bond” level with your teammates. Boosting this allows you to obtain and level up several perks, such as your Persona’s strength, or the amount of money you gather after you win a battle. While completing these tasks provides a few moments that highlight each group member’s personality, none of them match up to the time you spent getting to know these characters in the previous game.

It’s understandable why this can’t be. The fast-paced storyline that is being told here differs in style from the more drawn-out tale in the previous game. Since the group is on a road trip, they don’t have the time or luxury to hang out with Joker on a regular basis. Still, the absence of these moments robs the characters of some of their depth.

And yet, Sophia and Zenkichi, two new main characters, are a joy to get to know.  Sophia, an AI, joins the group early on.  She has no memory of who she is, other than the fact that she’s meant to be “humanity’s companion.” Her development mainly concerns her desire to learn about the human heart and its true nature. The gradual humanizing of an artificial intelligence is a familiar trope, but Sophia’s innocent charm won me over. 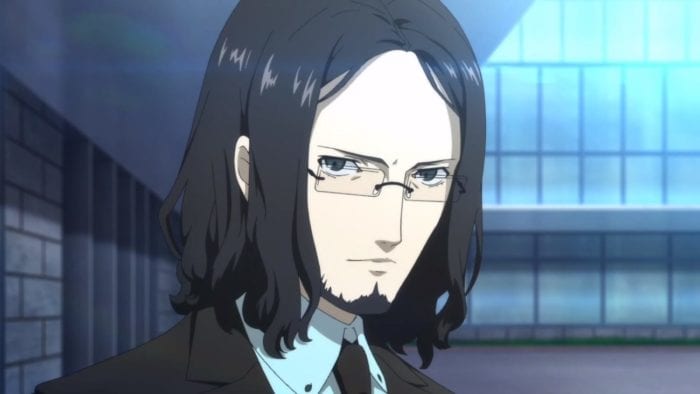 Zenkichi, on the other hand, is an older character in the police force. He initially uses the Phantom Thieves as a means to an end.  The crew doesn’t quite trust him either, due to their bad dealings with the force in the past.  But the way in which they eventually grow warm to each other provides the best writing in the game.  Zenkichi has his own personal demons he’s dealing with as well. These make him one of the more complex and sympathetic characters in a Persona game to date.

When you take the Phantom Thieves into the Metaverse to scramble through dungeons and battle shadows, the game takes a turn towards monotony.  The dungeons themselves are well designed and vary in structure to keep the game interesting. Even the battles against minor enemies are fun and well implemented. They allow you to use elemental attacks to strike at enemies’ weaknesses.  It’s only in the boss battles that gameplay gets a bit repetitive.

Boss arenas are designed so that you can employ strategy if you so desire. Destructible objects and other items yield elemental damage that you can use against bosses.  For example, the first boss you fight is weak to wind, so you can trigger party poppers that blow confetti at it.  Bosses also have attack patterns that you can adapt to so you can strategize to defeat them.  Unfortunately, I rarely found myself doing this.

Instead, I just cooked up a ton of SP restoring items, found a boss’s weak point, and spammed it with its elemental weakness.  When my character ran out of SP, I’d switch to the next character and spam with that one as well.  Eventually, the shields serving as the boss’s health barrier would break, and I could do an all-out attack.  Then I’d just repeat this process until the boss ran out of health.

It seemed as if this was the simplest and easiest way to defeat the bosses in Strikers, even though the game seemed to want me to employ more strategy.  I wish that strategy was more enforced.  On that same note, the physical attacks that characters gain, as well as their “master arts” seem to pale in usefulness compared to the character’s elemental attacks. I rarely, if ever, paid attention to the patterns I was using while attacking with normal attacks.

I must mention that I found the act of gathering supplies and cooking them a most enjoyable experience.  In each town, there are various shops and restaurants you can visit.  Doing so gives you the chance to purchase ingredients and recipes that you can use to whip something back up at the R.V.

Most of the meals you’ll be cooking are SP restorative ones, and you’ll need them, because SP items are hard to come by.  My recommendation is to make sure you purchase every recipe and cooking ingredient you can.  Make sure not to miss any, because you can’t return once you leave a city.  Also, when you can complete the requests that add new groceries to Sophia’s online shop, take advantage of them!

Persona 5: Strikers turned out to be a worthy sequel to the initial installment.  With charming characters, a lighter, but still intriguing plot, and tight writing, this sequel mostly delivers where it counts.  I only wish the combat required more strategy.