Each month, dozens of new films are added to the Criterion Channel. While the rich selection of feature-length classic and independent films obviously gets a lot of well-deserved attention, I wanted to shine a little light on some of the short films. I believe that shorts should get a lot more attention than they typically do—they are breeding grounds of experimentation and non-traditional storytelling, and often are important outlets for marginalized voices.

May’s slate includes collections with short films by early filmmaker Lois Webber, documentaries by Michael Almereyda, narrative and documentary shorts by Madeline’s Madeline director Josephine Decker, and a variety of newly added short films that aren’t being featured this month, most notably several films by pioneering French director Alice Guy-Blaché. One quick note: while I usually pride myself in watching all the newly added short films, I did make an exception for the first time this month with a film by Leni Riefenstahl. While I understand her impact on film, I felt that the nature of her films as official Nazi propagnda didn’t warrant my time, and her film certainly wasn’t going to make it into this article as one of my “favorites” of the month.

While this article is exclusively focusing on short films that are on Criterion Channel, I’m also keeping track of all of the short films I watch in monthly Letterboxd lists, whether on Criterion Channel or elsewhere. I’ve listed the streaming service that I watched them on, with the films that I talk about in this article marked in the notes with two asterisks. Feel free to follow me and the lists on Letterboxd and feel free to reach out to me on Twitter if you want to discuss any of the films. Without further ado, let’s get into the films! 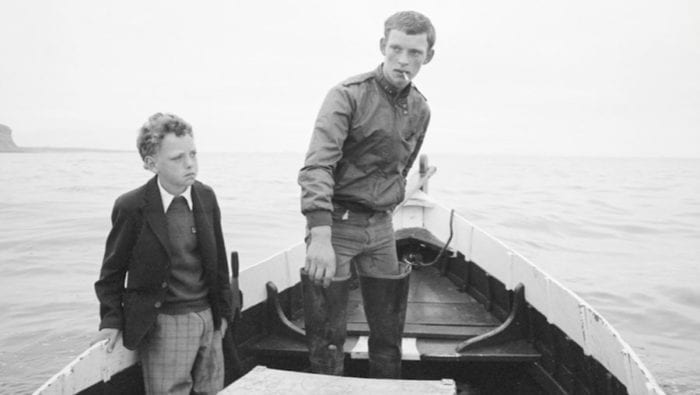 On the surface, there are few reasons why Skinningrove should be as compelling as it is. Director Michael Almereyda records photographer Chris Killip as he talks about a few dozen photographs he took of the small English village of Skinningrove throughout the early 1980s. His tone of voice is rather even, monotone, and laid back, and the pictures are displayed statically across the screen.

However, the film is compelling. Through the pictures, the audience discovers that Killip deeply cares for the people of the village, some of whom he hasn’t seen in decades. He remembers all of their names, he remembers their personalities, their stories, how they felt during specific shoots. He attended their funerals. He didn’t publish the complete collection of photographs during his lifetime and seemed protective about them.

Some of the most affecting moments are when the camera focuses on Killip as he describes the photographs. These moments are almost in direct conflict with something he says about one of the photographs: “I like the way that nobody’s looking at me, that they’re caught up in their own thoughts, in whatever they’re doing.” Conversely, Killip is very much the same way when he’s describing the photographs: he is focusing on the photographs and is almost transported back through the decades to the the moments he took the photographs. The most poignant of these moments occurs about five minutes into the film when Killip recounts a story of a mother asking for photographs of her son who drowned at sea at age 17. Skinningrove is also—pardon the pun—a snapshot of a very specific place at a very specific time: a small fishing village community at the height of Thatcher-era England. A few of the young villagers strike back against their community’s conservative clothing by adopting a punk aesthetic.

All of these elements—the people, their lives and tragedies, and the sea that they felt belonged to them—are at the heart of each photograph; together, they elevate it despite the initial premise. The appeal of Skinningrove is the same as what initially drew Killip to the village in the first place: “The potential I saw in it was something else, it was to do with the German idea of Romanticism, where you can see something of the sublime in the everyday, and I was very interested in hanging onto the everyday […] and also there was something else, and I was certainly trying to allude to the something else in the expanse of the sky and the horizon.”

Me the Terrible is a delightful ode to childlike senses of adventure and imagination. After a short black-and-white shot of a child listening to an old-timey radio, the film begins with a gorgeous shot of a young girl riding a sailboat in New York Harbor in front of the Statue of Liberty. The girl is discussing her plans for conquering New York with her teddy bear. She marches through the streets in a very manner-of-fact way while wearing a pirate costume.

Throughout the day, we see the city through the child’s eyes; for example, she struggles against the crowded streets until she grabs a street lamp and uses it as a bowling ball to knock the crowds—now represented as bowling pins—down and out of her way. She isn’t portrayed as going up the Empire State Building in an elevator but as a literal King Kong-style climb in front of an animated city. The unbridled joy that she expresses during these sequences are infectious.

Later, the mood drastically shifts when she is attacked by some other children and her teddy bear stolen. The girl instead expresses immense sadness as her illusion is shattered. These sequences are still fantastically acted by the young Lisa Diaz, who unfortunately has only one other small acting role. To me, however, it is those opening moments of joy and wonderment that made the short film stick with me.

A Night on Bald Mountain (1933, 10 minutes), dir. by Claire Parker and Alexandre Alexeieff 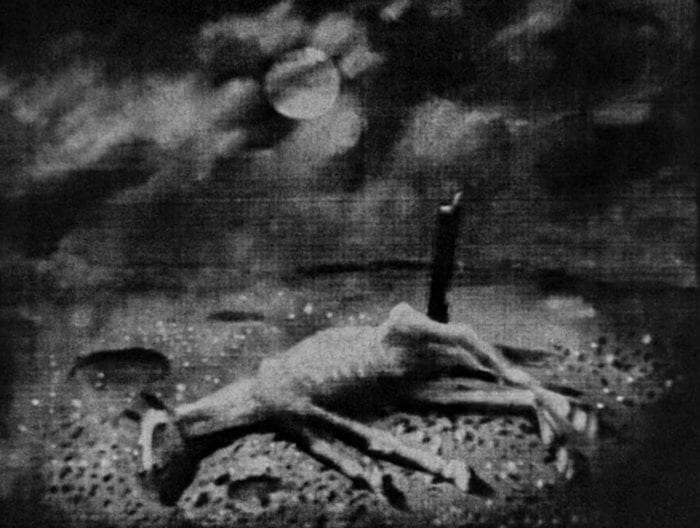 According to the film’s description on Criterion Channel, A Night on Bald Mountain was animated by adjusting the pins in a pinscreen and filming the shadows created by it. The result is sometimes a bit muddy, but at other times the animation is incredible in its texture and depth. I was blown away by what they were able to animate, and some of the figures looked like (admittedly rudimentary) 3D animation. That Parker and Alexeieff were able to achieve this sense of dimensionality while only using a pinscreen decades before computer animation is astounding, and that they used Modest Mussorgsky’s composition of the same name to score it is icing on the cake.

Canadian director Guy Maddin returns to the “Newly Added Shorts” column after being featured in the first installment. In The Heart of the World, Maddin shapes a fast-paced experimental film about two brothers—a mortician and an actor who playing Jesus (and who looks suspiciously like Nikolai Cherkasov in Sergei Eisenstein’s Ivan the Terrible films)—who are in love with the same woman, a state scientist named Anna. Using a telescope, Anna examines the Earth’s core, which is portrayed as a literal human heart, and discovers that it’s diseased and dying. Anna feels forced to pick someone, apparently to save the Earth’s heart.

Like many of Maddin’s films, The Heart of the World is a pastiche of silent German Expressionist, avant-garde, and early Soviet films. I would have a hard time believing you could find a parallel for the pace at which the film moves in the era of the films’ inspirations, as the film is filled with rapid edits. The pace is further foregrounded and the tension heightened by the soundtrack, a constantly churning track by Soviet composer Georgy Sviridov (credited as Giorgi Sviridov in the film). If nothing else, writing this series has made a fan of Guy Maddin out of me.

It’s difficult to call this a “favorite” due to its subject matter and graphic content, but The House is Black is a deeply affecting and nearly essential film. The film—which is, sadly, the only film by Iranian poet Forough Farrokhzad, is a heart-wrenching but dignifying look at people who have been afflicted by leprosy—a disease that is virtually unknown by contemporary Western audiences—that live in a leper colony in Iran. The film includes information about leprosy and depicts the rehabilitation process against a backdrop of prayers and poetry.

One of the most striking moments in the film occurs early on. A few of the younger members of the colony read prayers, including one boy who reads “I thank you, God, for creating me.” Moments later, while panning across their faces, narration enters that demands “Who is this in hell praising you, O Lord? Who is this in hell?” Despite everything, it isn’t the people with leprosy that question their condition, or the god that presumably allowed them to contract the disease, only the narrator: Farrokhzad herself. The singsong tone of the voice delivering the narration/poetry almost evokes a call to prayer.

Maybe most importantly, the subjects of the film are not shown exclusively suffering: they are shown playing chess in the dirt with rocks, playing musical instruments, dancing, playing with balls, and having fun. The narrator explains that leprosy is treatable, and in fact curable. The people are shown making the best of their lives and still giving praise in the face of disease.

This is just a taste of the newly added short films on Criterion Channel in May! What were some of your favorites? Was there a filmmaker whose filmography you’re excited to dive deeper into? Let me know in the comments or reach out to me on Twitter, and I’ll be back next month to look at some more short films!