NCIS as a whole is somewhat of an ensemble show. However, Agent Leroy Jethro Gibbs, played by Mark Harmon, has always been the “lead” and heart of the program. A former marine sniper, Gibbs served in Operation Desert Storm and then later joined NCIS. Rising to lead his own team, he is notoriously secretive and has turned down many promotions to stay as the team lead. The S18E10 episode of NCIS titled “Watchdog” (penned by Brendan Fehily & David J. North and directed by long-time franchise director Diana Valentine) is very much a Gibbs-centric episode that delves a bit into the man and what makes him tick.

The episode’s description saw the NCIS team investigating an illegal dogfighting ring, which sounded to me like a lackluster and frankly pretty boring episode when compared to others, which see Agents Gibbs, Bishop, Torres, and McGee fighting spies, terrorists, hackers, and drug runners,. However, the episode ended up becoming one of the most interesting stories in the last few seasons of the show, and one that courted some controversy in the NCIS viewer community!

The basic premise of the episode involves the NCIS team being called out to the scene of a road accident involving a military truck and a missile that has become dislodged from it. As Bishop and Torres investigate they discover that the truck swerved to miss hitting a dog, and then find that the dog in question was wounded after being shot.

This leads to Agents Gibbs, Bishop, Torres, and McGee discovering a vicious underground dogfighting ring being run by a man who drowns or shoots the dogs if they lose the fight. This is where the episode gets interesting and controversial. We see Agent Gibbs—ever the one who fights for justice and morality—break. While he and the woman who owns the land are searching the crime scene area, she tells Gibbs about a man who rents a plot of land by a pond and says she often hears dogs barking in the night. Gibbs then discovers a cage in a pond full of dead dogs. Then seeing a man, Gibbs asks the woman if he was the man she rented to, who owns the dogs she heard barking.

When she confirms, Gibbs marches over and proceeds to beat the man to a pulp before strangling him almost to death. So lost in his rage is he that when Agent Bishop (arriving in time to see the beating) tries to pull him off, he wildly strikes out and knocks her to the ground. In the end, he is restrained and the man survives.

Now, this episode became somewhat controversial in the NCIS community (with some conversations occurring on Reddit) as many viewers (like myself), who have been watching for years and years, did not understand this wild shift in character for Leroy Jethro Gibbs. Throughout the almost 20 years that Agent Gibbs has been investigating crimes and fighting bad guys this is the first time that he has seemingly lost control of himself during an investigation. Sure Gibbs has been known to have a vendetta or two, however, it’s always either on his own time or conducted well within the confines of the agency he works for.

Furthermore, when the man who Gibbs assaulted is found to be guilty, NCIS Director Leon Vance gives Agent Gibbs an out, telling him he can return to the job if he utters a simple apology for attacking the man, making it clear this apology is just to placate superiors. However, Gibbs says he is not sorry and that he wishes he would have killed the man. Vance is as shocked as the rest of us with this turn of character for the man he has known and worked with for years.

Why is Gibbs, a man dedicated to law and order, suddenly acting seemingly out of character? What has caused him to behave the way he is? Gibbs for the majority of the show has shown a lot of levity and is occasionally the brunt of technology jokes (not owning a color TV, cooking steak on the fireplace, and owning a flip phone) however under the jokes and humor, his character is riddled with trauma and horrific events he has been a part of or experienced first hand.

His wife and young daughter were murdered by a cartel hitman, and even though Gibbs got his revenge he was haunted by his acts for years to come. His friend and fellow agent Caitlin Todd was murdered in front of him after Gibbs ran afoul of the terrorist Ari Haswari. It was Gibbs’s hunt of Haswari that would then lead the terrorist’s half-brother to return years later and kill Gibbs’s ex-wife among others.

Gibbs and his team are later targeted by the vengeful son of the cartel member who killed Gibbs’s family and who finds out that Gibbs killed his father years before. In the last few seasons of NCIS Gibbs has been going through a lot. The return of Agent Ziva David seemingly from the dead brings up a lot of guilt as she angrily asks Gibbs why he gave up on her and never confirmed her death, which led Gibbs to do a lot of soul searching for why he gave up on someone who he almost considered a close friend.

Fast-forwarding to this season, Gibbs was faced with one of his biggest crises when his friend, former Agent Fornell, embarked on an epic quest to take down a terrorist drug dealer’s network after it was responsible for Fornell’s daughter’s drug OD. During the takedown, Gibbs is forced to shoot and cripple one of his oldest friends, Agent McGee, to stop him from boarding a plane with a bomb. Gibbs is then informed that had he missed or been 1mm off, McGee would be dead. This hits Gibbs hard, as he is faced with the almost death of a close friend. Then to make it worse, after all this Fornell’s daughter gets hooked on drugs again and dies, leaving Gibbs’s efforts meaningless and the trauma of losing Fornell’s daughter, who had been like a daughter to him. Gibbs had been unable to save his own daughter and thus gave his all to save his friend’s, but then ultimately failed.

Humans are fragile, and even the strongest of us after going through trauma can be weakened. Chris Kyle of American Sniper fame spoke about how the trauma and stress of war led him down a long dark path of PTSD when he snapped at a picnic and almost killed a friend’s dog with his belt.

Agent Gibbs’s response shows us how trauma can creep up on a person, and how even the strongest amongst us can carry heavy burdens buried deep down. Agent Gibbs has seen it all— murders, terrorist attacks, bombings, kidnappings human trafficking, and the above tragedies mentioned—and weathered through them all. However, it was an inhumane act of animal cruelty that ended up pushing Gibbs over the edge.

Psychology Today speaks of these types of events as small and big “t” traumas and they say that “events that exceed our capacity to cope and cause a disruption in emotional functioning.” This was exactly what happened to Agent Gibbs. Finding the drowned bodies of the helpless dogs causes a disruption in his emotional functioning, making his reactions and perceptions out of order.

I don’t think it was an accident the writers chose to use dogs for this particular story about Agent Gibbs. Throughout the shows 18 seasons we have seen Gibbs show affection for dogs, but I think the dogs themselves represent a bit more than just love for animals.

Let’s take a look at who Gibbs is. He is a leader, who cares deeply for his co-workers, friends, and family. He feels responsible for them, for their safety and livelihood. He is also a man who believes in protecting the innocent and stopping evil acts.

Dogs themselves are often called “man’s best friend” and they are generally viewed as loyal, guileless, and kind, indeed almost like children. Dogs also represent responsibility as we must care for them and protect them. All of the above are archetypal representations of what Gibbs views as important—the need to protect others and those in your care.

When he was faced with the hideous violence perpetrated on the defenseless animals, he suffered what is known in psychology as “Displaced anger” which is a redirection of anger from past trauma, Dr. Golden from Psychology Today has this to say:

Displacement is a defense mechanism, a coping strategy that entails a disavowal of thoughts, feelings, or impulses that we view as being inconsistent with and unacceptable to our sense of self. Specifically, displacement involves directing these intensely uncomfortable experiences toward a less threatening target than the original triggering target. The target can be a person or an object that can serve as a symbolic substitute for the original source of our anger: a situation, person, or even ourselves. Ultimately, displacement helps us to re-establish some form of emotional equilibrium.

Gibbs disavowed all the past trauma he had experienced because to face it would mean that he possibly could not do his job. He spent his whole life building up walls to protect himself and in turn those around him, that to lower his guard to face the trauma of his past would risk those walls tumbling down. However, like water pressure building in an enclosed space, Gibbs’s past trauma came rushing out in the form of displaced anger when faced with the abuse of the animals.

Seeing the animal abuse triggered the archetypal representations of Gibbs’s character, which then opened the floodgates of his displaced anger. Gibbs was not beating an animal abuser to death, no he was beating all the bad guys who had caused the trauma in his life, killed the ones he loved, and hurt his friends. This lowlife dog killer had become the sum of all fears, failures, and trauma in Gibbs’s life, and because Gibbs had not faced it before, he succumbed to his anger and emotions.

Agent Gibbs is a lesson to us all that just because we may be strong, this does not mean we don’t need help and support from time to time. Gibbs is famously closed off to all but a few people, and sadly this seemingly caught up to him. Only time will tell what his fate in NCIS will be.

Journalist, film critic, and author, with a (possibly unhealthy) obsession with Pirates of the Caribbean, Zack Snyder and movies in general, Byron has written for many publications over the years, yet never shows his face. To partially quote (and mangle) Batman V Superman "If you seek his face look around you" 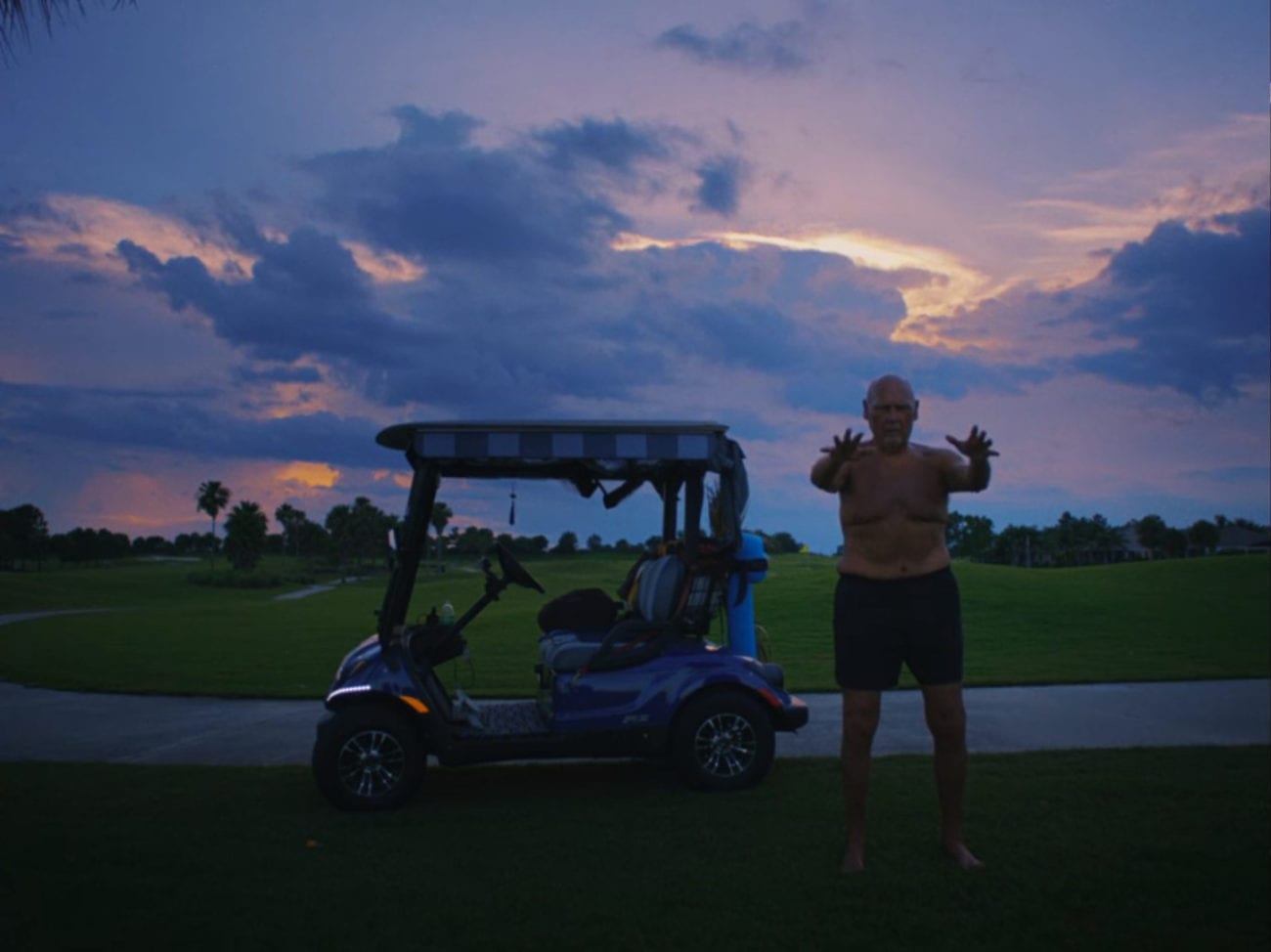