In honour of Pride Month, I thought it’d be fun to take a look at some of my favourite TV shows with LGBT representation. It’s incredibly validating to see aspects of your gender identity in a character and extremely important for younger generations to have these, as it opens up conversations, encourages people to learn and understand their own identity, and helps establish the LGBT community as just another part of life, rather than an outside or fringe group. While no show does a perfect job at this, media has come a long way even in the past 10 years.

Steven is a young boy who lives with his three “moms”: The Crystal Gems: Garnet, Amethyst and Pearl. They are in reality non-binary alien beings, with their body a construct based around their core gem. Garnet in particular (and I’m going into mild spoilers here) is actually two gems: Ruby and Sapphire. Contrary to most fusions who are temporary and for combat situations, they choose to remain fused as a being quite literally made of love.

The fact that Garnet is a fusion wasn’t revealed until later in the series and there are several episodes exploring their relationship. In one, they have a human wedding. Ruby, the most tomboyish of the two, goes against what you expect and wears a dress, Sapphire, a suit. When they once again become Garnet, the outfit becomes a combination of both. Their love for each other is infectious and adorable. I cried a lot during these episodes!

The way characters in Steven Universe learn to accept themselves and become truly happy really gets me deep. So often in media LGBT characters are shown dealing with traumatic events and have unhappy endings. Or they show their coming out of the closet, having a first kiss and then it ends. What about the rest of the story? I want to see them grow and thrive! In SU, it’s the opposite. While many episodes deal with heavy emotional topics—there is happiness, fun, and laughter in the end. Creator Rebecca Sugar is non-binary and I am so thankful to have been able to experience this story. 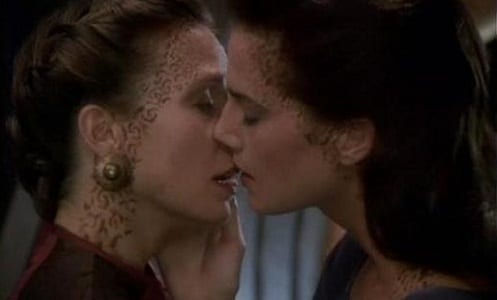 I had to put this on here, especially because of how much the character Jadzia Dax let me connect with my stepmother (a life-long Trekkie). Jadzia is a Trill, a humanoid species that has a symbiotic relationship with a type of worm. When the host dies the worm is transferred into a new host, the memories and experiences of all the past hosts included. Dax’s previous host was a man named Curzon–who Commander Sisko was also friends with. Sisko affectionately calls Jadzia “old man”, both as a reference to this and a joke considering her appearance as a 30-year-old woman.

Coming out and explaining your identity is never easy, even if you have supportive parents—which I luckily do. By using Jadzia as an example I was able to connect with my stepmom and be understood better.

Jadzia’s experiences lead to some interesting plotlines–including one of TV’s first lesbian kisses. This had a lasting impact on me. I had never seen two women kiss before this! Star Trek continues to deal with LGBT issues, with Discovery having a gay married couple. Star Trek has been breaking conventions since the show began, and while they do have missteps, it’s great to see them continue to include and cover a wide range of topics within the sci-fi world. 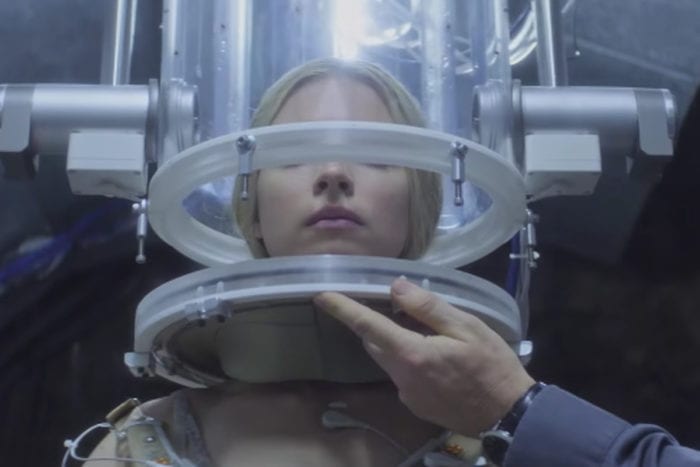 Returning from a years-long disappearance, Prairie Johnson is an oddity. When she vanished, she was blind and now her sight has returned. Over the course of the two seasons (unfortunately cancelled before the story could conclude, boo) we learn what happened during her absence and connect with her new circle of friends, who include a gay teenager named French and a middle-aged high-school teacher.

Besides being a unique premise with a varied cast, The OA features Ian Alexander, a non-binary actor playing a transgender youth named Buck. The struggles Buck goes through with his parents and friends are some of the most realistic portrayals of this, which goes to show how important it is to cast transgender actors and actresses as trans characters. Plenty of cisgender men have acted and won awards for this, taking jobs away from the people who can tell the stories best.

I think one of the reasons the show met an untimely end (besides the Netflix two season curse) is how weird it was. I mean the first season heavily revolved around an interpretive dance and the second got even wilder with a phone game and alternate universes. I desperately wish they could continue because the finale left on such a cliffhanger that I feel cheated. 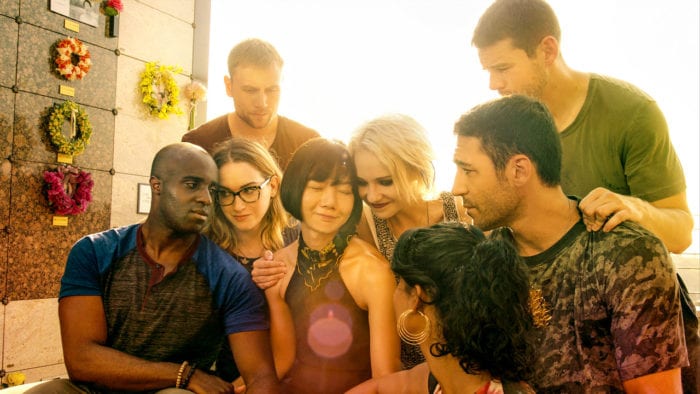 Where do I even start with this show? Created, written and partially directed by the Wachowski sisters—who have publicly dealt with transphobia for years—Sense8 is one of the most unabashedly LGBT shows I’ve ever seen. The main eight characters have a type of psychic connection that is explored throughout the show. One of them is a gay actor named Lito who hides his relationship by asking his co-worker to be his beard (a term used to describe a fake partner who makes it appear as though you are in a straight relationship.)

Another is a blogger and hacktivist named Nomi who is a trans woman—played by a trans actress Jamie Clayton—in a uniquely trans storyline. She struggles with feeling like she belongs at Pride with her girlfriend Amanita. Her mother still tries to control her life, refusing to use her name and frankly—this part made me a little uncomfortable with how accurate it is dealing with an unsupportive parent! Lana and Lily Wachowski have said some scenes were directly referencing their own experiences.

I also can’t imagine how expensive this show was to make; It takes place in Seattle, Mexico City, Reykjavik, Nairobi, Seoul, Amsterdam, Malta…the list goes on. The camera work is beautiful and Netflix reportedly “future-proofed” it by shooting in 4K resolution.

I admit I am not much of a TV person. It’s gotta take a lot to get me hooked. Having LGBT characters deal with things that myself and many others have personally experienced helps me connect with the characters, and I’m hopeful representation will continue to flourish and tell us incredible stories.