Released a few months ago in March 2021, I Feel Safe With You, Trash is of Montreal’s 17th album (!!!). Kevin Barnes calls it a ‘double album’ but clocking in at just over one hour, it’s not much longer than most of their previous releases. The album was written and recorded during the Great COVID Lockdown of 2020 and it shows—this music is what it sounds like when a man’s been locked up in a toy box for a long, lonely summer.

Somehow both insular and expensive, it’s a standout of the band’s immense catalog.The album’s title is taken from a line in the 1982 film 1990: The Bronx Warriors, an Italian action sci-fi movie about rival gangs in post-apocalyptic New York City. I haven’t seen the movie but after researching it for this article, it’s definitely on my watch list (and available for streaming on Tubi and Night Flight Plus). 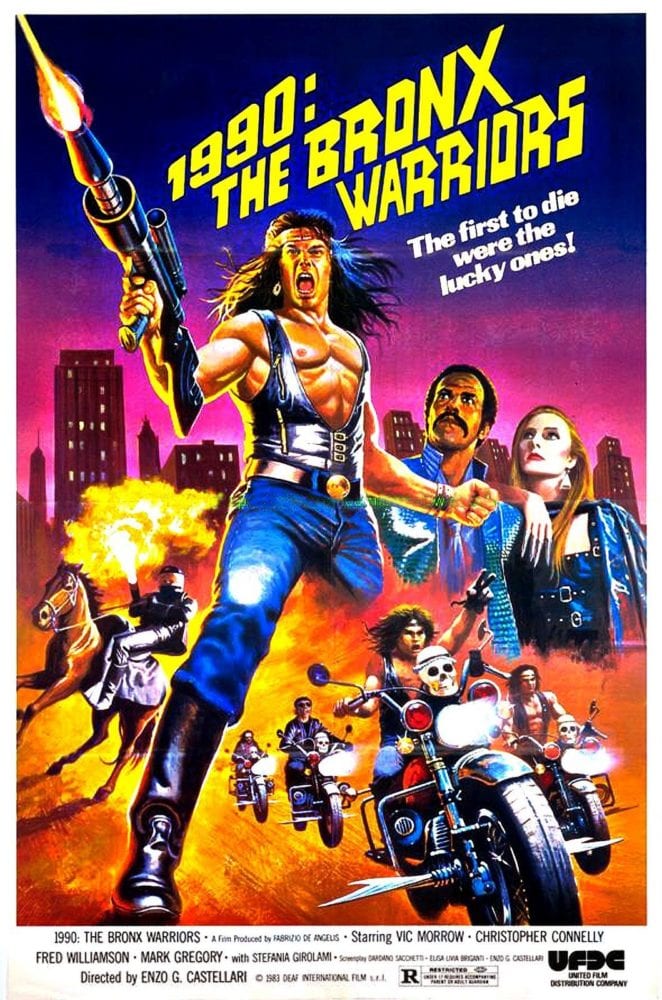 Having been a huge fan of the band for the past 17 years, I didn’t think I could be surprised by of Montreal’s music anymore. Well, I was dead wrong. In fact, it seems that Kevin even surprised himself while creating the album. In a self-interview on the band’s Patreon, he says:

I created an approach to working in which I’d attempt to George Costanza all of my creative decisions…to think about what you’d naturally do and then do the opposite. It’s hard to force yourself to do something creatively that feels ‘wrong’ or not ‘you’. There were many instances during the recording sessions in which I felt kind of lost and confused about where the song was going but I found that sensation to be very exciting and so I intentionally cultivated that energy as often as I could.

The result is a kaleidoscopic, hyperpop masterpiece that defies categorization and, while it may have been released to little fanfare, represents the best new music of 2021. 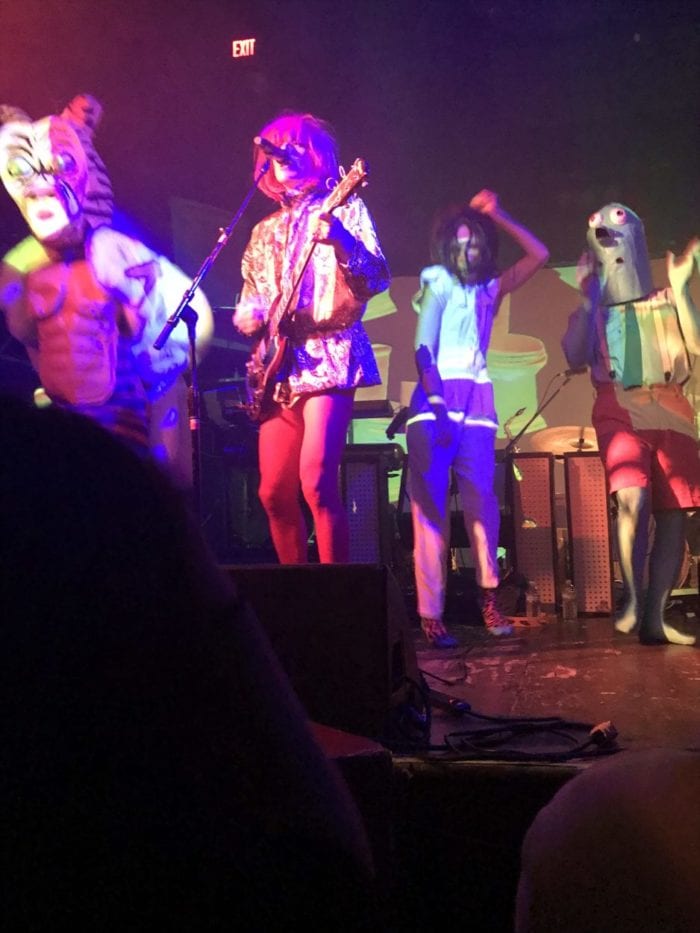 The band’s previous release, 2020’s UR FUN, caused a minor stir among longtime fans. The accessibility of the album’s streamlined, ’80s-inspired pop came at a price—for the first time in a long time, it felt to some like Kevin was resting on his laurels. Surely he could turn out pop gems like this in his sleep, but where was the genre-busting oM of old? For the fans who relished Kevin’s unique proclivity for idiosyncratic rhythms and angular melodies (at full force in beloved albums like Paralytic Stalks and Skeletal Lamping), UR FUN was a letdown.

Personally, I really loved UR FUN. Knowing how Kevin loves to stylistically swerve with every new album, I felt confident that whatever music came next was going to sound completely different (one of the singular joys of being an oM fan is never knowing what to expect with each new release). In that respect, I Feel Safe With You, Trash delivers in spades. The album is wildly experimental while still being tuneful. It’s defiantly uncommercial, brimming with fractured genius at every turn.

I shamefully admit that I did not like this album at first. The first half of Trash was uploaded to the band’s Patreon at the beginning of the year. Even after listening to it three times, I couldn’t latch on to most of the songs. The music seemed purposely discordant; the lyrics felt cryptic and confrontational. When the second half of the album showed up on Patreon one month later, I listened to it once and liked it even less than I’d liked the first half. Remembering that sometimes the very best music doesn’t reveal all of its secrets right away, I decided to put the album away for a while and try again in the future with an open mind. When you’ve spent the better part of two decades consuming and enjoying every last song in an artist’s catalog, it can be quite jarring to get excited about a new release and then not connect with it at all. I figured in the end, my hesitancy to embrace oM’s new album meant I would eventually see it as either a complete masterpiece or the band’s first total dud in a lengthy discography. Only time would tell.

A couple of weeks later, I decided to give Trash another chance. I cleared my mind of what I wanted the album to be and listened to it for what it was. And slowly but surely, this time I fell in love with it. In fact, for about a week straight, I listened to Trash every day after getting home from work. I chastised myself for ever not liking the album and for failing to see its brilliance.

Kevin unleashes his full arsenal on this album, which is difficult to assign to any specific genre. The songs ricochet from electronica to experimental pop to psychedelia to synthpop to baroque sound collage. Often the musical style of a song changes completely (sometimes more than once) over the course of a few minutes. The world of I Feel Safe With You, Trash is so far removed from recent oM releases, it’s like it exists in its own little universe. 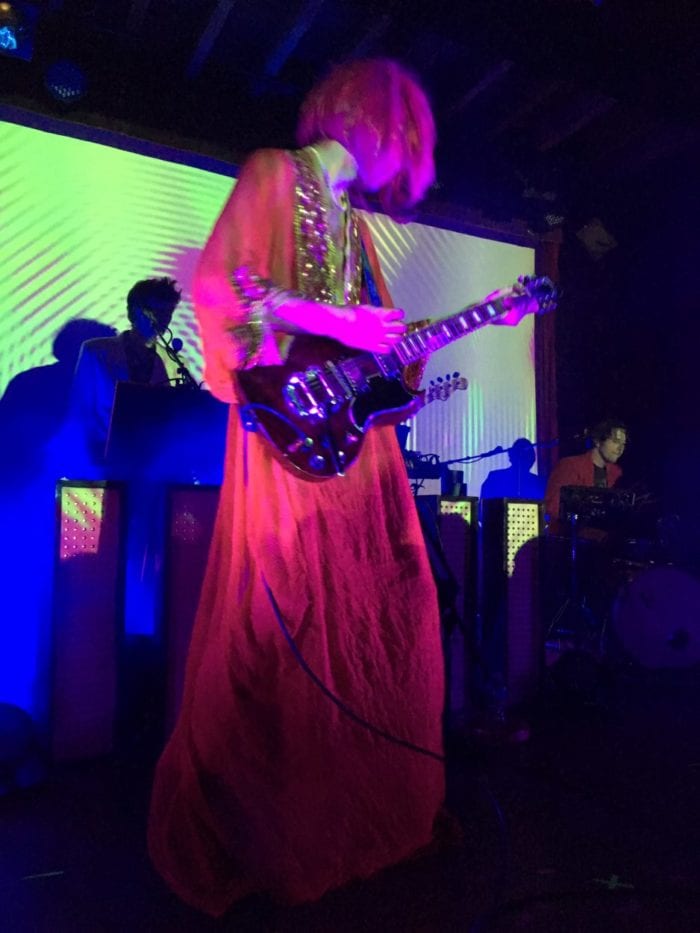 While I believe this album is best appreciated as a whole and that each song is essential to the listening experience, I do have some personal favorites:

“Aires Equals Good Trash” — One of the rare songs on the album that stays the same tempo all the way through. A dreamy, unabashedly romantic love song that you won’t be embarrassed to dedicate to your significant other. It sounds like something Prince might have recorded in 2021 if he was still alive and hadn’t started relaxing his efforts somewhere the early 2000s.

“Kcrraannggaanngg!!” — Starting off with lilting guitar that suddenly transforms into a vicious anti-love diatribe, this is definitely an album highlight as well as a great example of the raw emotion that Kevin brings to the table.

“Fuckheads Is The AuTo-Correction” — The musical equivalent of a designer drug hangover. And when you think the song can’t possibly improve, there’s a glorious little spoken word coda that adds a new dimension to the tune.

“And We Can Survive Anything If We Fake It” — A fantastic example of how Kevin creates a particular brand of pop music that shouldn’t work on so many levels but somehow does. One of the many tunes I initially dismissed as ‘nothing special’ that later turned into one of my favorites. Featuring an outro of a slowed-down voice ruminating on life, ending in a repetition of the album’s title.

“Fingerless GLOves” — I get a very strong ‘anime video game’ vibe at the beginning of this one (is that even a thing?), where Kevin croons about sex and gender identity. The song then de-escalates into what may be a take on cancel culture before ramping back up into a glam thrash metal pastiche. Who else makes music like this?

“ThRam Rammaged Ã Man-mod” — A low key but somehow still lively little tune wherein Kevin languishes in the world’s misery, repeatedly singing “I’m sorry” and “Everybody’s got to feel bad”. Admittedly, Kevin’s lyrics on this album are feverish and sometimes bewildering (even by his usual standards), so I can only give my interpretation of the lyrics rather than a definite response to them. This lyrical jambalaya, so far removed from the more unambiguous lyrics of oM’s previous albums, initially threw me for a loop and delayed my appreciation of Trash. But as time went on, I began to relish the complexity of the lyrics. They became a puzzle box to get lost in and interpret in any way I’m feeling at the time.

“This Is ExpOsed” — This song starts off as a psychedelic dream that suddenly changes into a pulsating hallucination. Kevin touches on his recent coming out as genderqueer (he now uses she/her, he/him, and they/them pronouns), ending the tune with ‘Now you got no brain, how do you get f*cked up?’

“Karlheinz ChOp Up Children” — Possibly the best example of just how singular and special this band is. The song continually shifts tempo while Kevin name-checks John Cage, the Black Panthers, and Radiohead. It also features what may be my favorite lyric on the album, ‘The old me is the new me’s scourge. The new me is the old me’s emotional janitor.’

“Notes Of ViOlate SPectates A Flatter Of Male” — Kevin unleashes some mesmerizing abstract poetry over a variety of synth tones in this appealingly disjointed song. I admit that I can’t make heads or tails out of the lyrics for this tune but the individual lines coupled with the voice modulation and the atmospheric instrumentation make for a bizarre standout on the album.

“Drowner’s TeÃrs” — Kevin’s voice is increased in pitch and sped up, sounding like a flirty female Chipmunk on this song. Some of the lyrics from the album opener are repeated in this tune. In fact, the entire album cross references itself many times over the course of the hour. This is something new for oM lyrics — the phrases and words ‘dead link’, ‘edgelords’, ‘truscum’, ‘we can survive anything if we fake it’, the mention of COVID (among others) turn up multiple times in different tunes. In fact, the album’s title and specifically the word ‘trash’ appear in numerous songs on the album. The result of these lyrical recurrences is that the individual songs truly feel all of a piece, no matter how disparate they may sound. 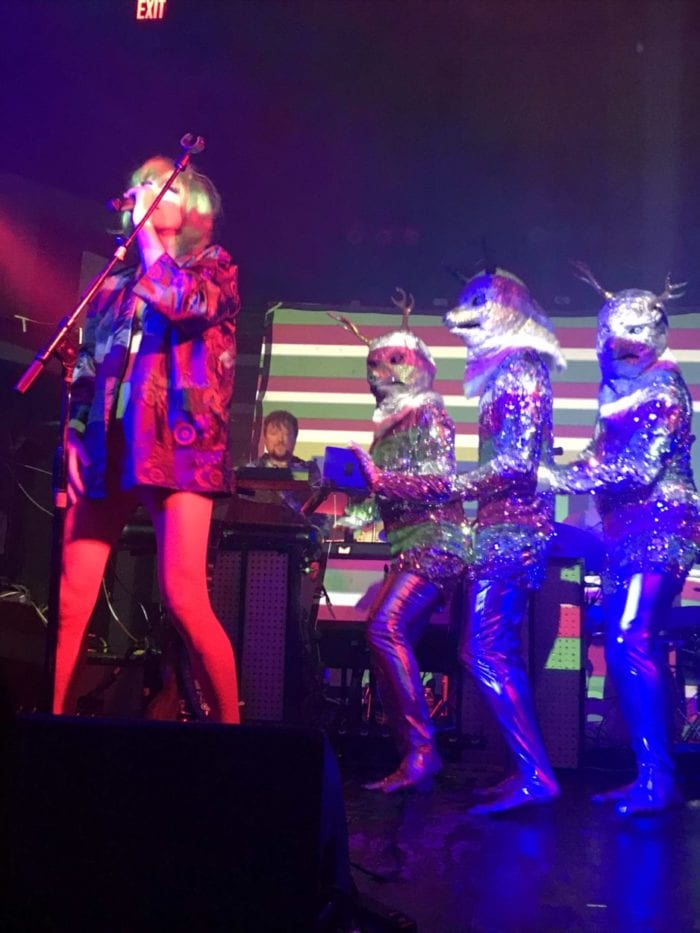 I Feel Safe With You, Trash is the first full-length album to come out on Kevin’s own label Sybaritic Peer. Released in digital format only with no major label promotion and no tour (due to the COVID pandemic), the album was virtually ignored in the press. Even some longtime fans wrote off the album as a minor project created by Kevin to relieve his lockdown-induced boredom. But in my opinion, I Feel Safe With You, Trash is a significant achievement. It’s not only one of the very best albums of Montreal has ever released, it’s easily the best album of 2021.

I Feel Safe With You, Trash is available as a digital download on Bandcamp, Amazon Music, and on Spotify.