The first six months of 1996 was my senior year of high school, the next six months were my freshman year of college. What a year it was, and the memories I made are those forever thoughts that flood your brain constantly saying, “Remember those days?” Music was electric in 1996. So many new artists, albums, familiar faces, and a lot of those memories I look back on are suddenly thrust upon me after listening to certain albums. Even though those albums came out…cough, cough…25 years ago.

I could go on and on about so many albums, but I narrowed it down to the top albums that brought back the most memories of my senior/freshman years.

The Fugees, The Score

When I first heard “Fu-Gee-La” through the halls of my high school’s music wing, I immediately ran up to who was playing it from their boom box (remember those…) and yelled, “Who is this?” I recognized Lauryn Hill’s voice immediately but did not know much of Pras or Wyclef. Although The Score was The Fugees second album, it was brilliant. The vignettes between the songs and the flow of the album as a whole was like nothing I had ever heard. Wyclef and Pras’s flow was so melodic, and it goes without saying that Lauryn Hill was such a brilliant vocalist and quite the MC.

“Killing Me Softly” was a hit for Roberta Flack before it was ever a hit with The Fugees, but it did not make the song any less iconic. I remember going to Club 2001, a dance club not too far from where I lived, and dancing to “Killing Me Softly with His Song.” All us girls would sing Lauryn’s part at the top of our lungs, hoping our vocal prowess would entice the guys we were dancing on the floor with. Every single song was a hit to me. “How Many Mics”, “Ready or Not”, “Zealots” and “Family Business” just bring me back. The beats, the lyrics, this album just killed it.

And just like that The Fugees were no more, as this was the last album they recorded together. What I wish we could have heard more from this trio. 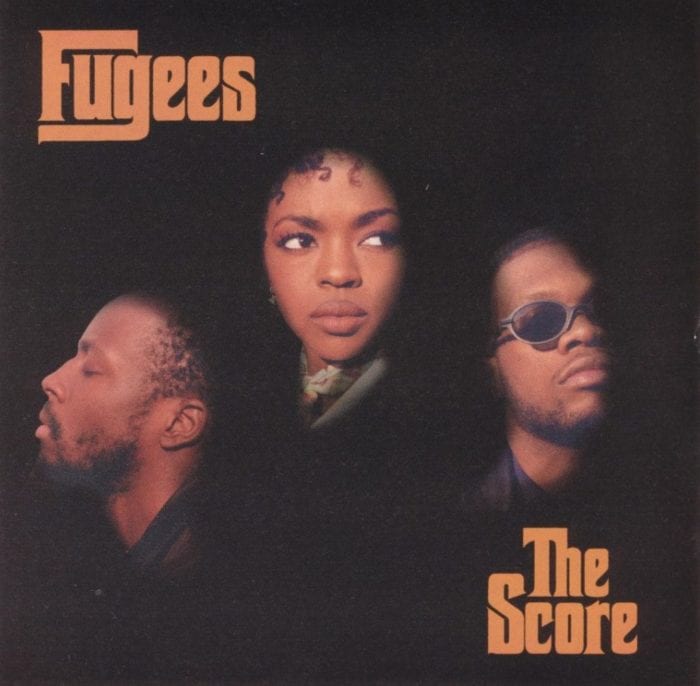 Reverence by Faithless is another album that I came upon after hearing one song. That song was “Insomnia” and I didn’t hear the album version first, I heard a remixed version that my friend Shaun, (also known as DJ Edit) spun at Club 2001. The beat was sick, and Maxi Jazz’s voice is like an ASMR MC. The church bells right before the beat kicked in, I just wanted to dance until I dropped. Once I got my hands on the whole album, I listened to it cover to cover until I wore out the CD and then bought another one. The title track (“Reverence”) is another track which showcases Faithless’s mixture of hip hop, EDM, and ethereal sounds.

For me, the breakout track on the whole album is “Salva Mea”, a ten-minute, forty-four-second track, which features Rollo Armstrong and Sister Bliss. It literally puts my brain in a trance. A little-known fact about 17-year-old J.C.: she wanted to be a choreographer. Upon hearing “Salva Mea” for the first time she choreographed the entire song in her head. I still would like to see the production that went on in my head on the stage. Maybe someday. 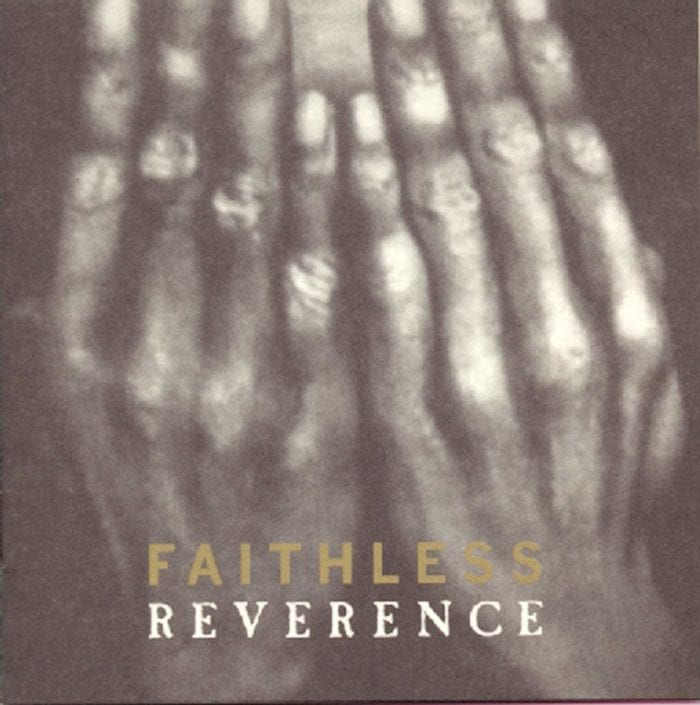 Of course, I like everyone else, started on their Dave Matthews Band journey with Under The Table and Dreaming. So, to say I was excited about their second album, I mean come on, of course, I was. Crash was what everyone was listening to. “Too Much” was the first single off the album, and I ate it up. It had the honky-tonk DMB feel like so many of their songs.

Dave Matthews himself has such a unique voice, but I love the songs that have the Dave drawl, as I like to refer to his vocal abilities. Then he surprises you with his tender vocalist side, as heard on “Crash into Me”, “#41”, and “Say Goodbye”—another one of my favorites off this album. Seriously, all the songs off this album have turned into classics. Go to any Gen Xer’s house party for the last 25 years and they’re sure to have this album in rotation as part of their party mix.

The summer before college, I had broken up with my high school boyfriend, cut all my hair off, and worked an internship for a local radio station. It was a Top 40 pop station. The Assistant Music Director and I became great friends and discovered new music together. Even though it was a Top Pop station, many artists came across our desks. One such artist was Fiona Apple.

Tidal, Fiona Apple’s debut album, and all its sullen angst and heartbreak, was exactly what I needed to hear. “Shadowboxer” had already been released but became an instant favorite. I also fell in love with “Sleep to Dream” and “Criminal.” The one song that really hit me in the gut was “The Child is Gone.”

Darling, give me
Your absence tonight
Take the shade from
The canvas and
Leave me the white
Let me sink in the
Silence that echoes inside
And don’t bother
Leaving the light on
‘Cause I suddenly feel
Like a different person
From the roots of my soul
Come a gentle coercion
And I ran my hand
O’er a strange inversion
A vacancy that just
Did not belong
The child is gone

I am ashamed that I had not heard of Sublime before hearing this album. How did I hear the album? My freshman college orientation, a conversation with the head of my college radio station, and meeting a random guy who turned into my first college boyfriend.

I attended ECSU and in August 1996 moved into my dorm and sprinted off to the quad for freshman orientation. You were handed a playing card cut in half and you had to go find your other half. That turned into your new freshman buddy. In this group was also a cute guy, but more about him later.

At this orientation, they spoke about the college radio station. No freshman had a show on their own, but because I had experience utilizing a soundboard and was an intern for a well-known CT radio station, I got my own show. “What are you going to play?” Well, now I was in for it. Of course, I could play DMB, pull out some of the other faves on this list, but I really wanted to make an impression.

While walking my new freshman buddy’s dorm, I hear this song blaring out of a dorm room. What was blaring was “What I Got” and the dorm room was the cute guy I met at freshman orientation. In a whirlwind meeting and getting to know each other, we stayed up all night, listening to all sorts of music, but also the entire Sublime album. As I fell under the spell that is freshman year, I fell in love with the reggae-ska-punk vibe all the songs were giving me. “April 26, 1992” was one that hit me where it counts. Not only for the tempo of the song, because of the meaning. Bradley Newell observed and knew there were problems with policing in America back in 1992, and still, nothing changed in the subsequent years. I mean with lyrics like,

The hidden punk in me was turned on by “Same In The End” and “Paddle Out.” And to chill out it was “Caress Me Down” and “Doin Time.” Bradley Newell’s voice was—the only way to put it—awesome. It hurts my heart that addiction had gotten the better of him. I would have loved to see what other music would come from him with Sublime.

My first radio show had a lot of Sublime, that is for sure. A lot of songs from my favorite albums appeared. And they still appear in my playlists as the memories come flooding back, bringing so many fond memories. Music is truly powerful and to remember your favorites like your that 17/18 year old will never get old; even if, unfortunately, we will. 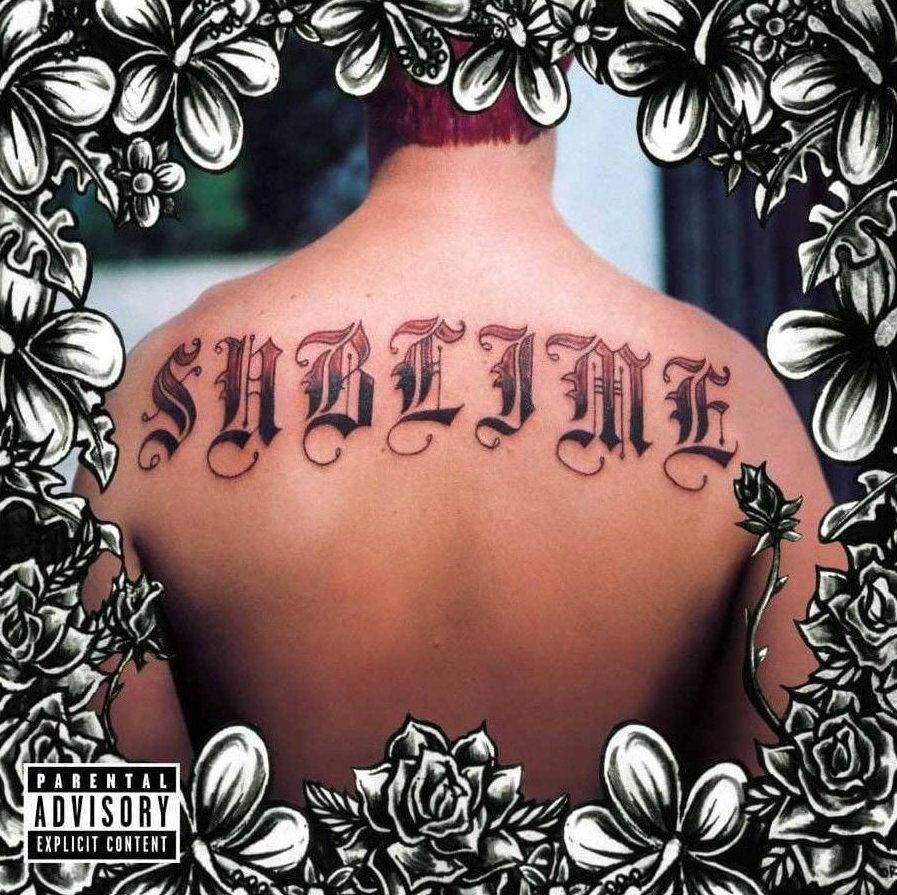