As insane as it sounds, 2021 is already halfway over, and what a year it has been. People are getting vaccinated, places are opening up, masks are slowly vanishing, and life seems to be getting almost back to normal. One of my favorite things about the world getting back to normal is that movie theaters are opening back up, and being able to see movies on the big screen once again.

The films on this list are films that had some sort of release in 2021, whether in theater or on-demand. If the film played at a film festival but did not have a proper release between January and June, it did not qualify.

Eric Bana in The Dry

Robert Connolly’s Australian crime-thriller is a quiet, chilling film that rides on the shoulders of Eric Bana’s performance. He plays Aaron Falk, a city detective who returns to his drought-stricken hometown to attend the tragic funeral of a childhood friend. Falk is asked to stay in town for a few weeks to investigate what happened to his friend, though his investigation opens up an unsolved murder of a teenage girl from when Aaron was younger. Bana was once a star on the rise in the mid-2000s, but he has since turned into an interesting character actor, giving very good but very different performances in films like Funny People and Hanna. One of Bana’s greatest attributes as an actor is his expressive face and uses it brilliantly in The Dry. Falk wears the confidence and calm demeanor of a city cop who looks like he has everything together. But it’s Bana’s eyes where you see how haunted Falk is returning to his hometown and the terror and guilt he feels digging up the past. Bana is remarkable in the best performance of his career. 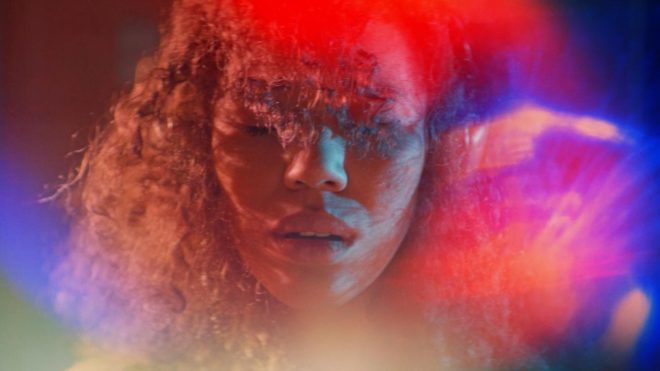 I saw Sound of Violence when it premiered at this year’s SXSW Film Festival and it was the best movie I saw during the festival. Alex Noyer’s twisted, gory, inventive thriller takes a look at a girl named Alexis (an impressive Jasmin Savoy Brown), a college student who was born deaf but recovered her hearing at the age of ten after witnessing the brutal murder of her family. The traumatic experience awakened synesthetic abilities in her and started her on a path of self-discovery through the sounds of brutal violence. But when she is faced with the likelihood of losing her hearing again, Alexis escalates her pursuit of creating her masterpiece through gruesome sound experiments and devastating designs. The film is dark, gruesome, and features horrific sequences of violence, but Noyer balances all of that with a smart, complex look at an obsessive artist willing to do whatever she has to complete her masterwork. Noyer doesn’t overuse the violence and focuses the film on Alexis’s relationships with the ones she loves and shows how becoming so consumed with your work can push the people you love the most away. With a shocking ending that will have your jaw on the floor, Sound of Violence is a movie you won’t forget.

In Profile, Valene Kant plays Amy, a British journalist looking to make her big break with a great story. She thinks she might have found one when she infiltrates an online propaganda forum and begins talking to a recruiter of the so-called Islamic State. Though Profile is a film shot entirely on a computer screen through the use of video messaging, email, and instant messaging, Kant is on screen for nearly the entire runtime and does a superb job of showing Amy’s terrifying journey as a journalist getting too invested in her story and subject. Amy wants to get this story and wants to get her life in order, but the deeper she goes into the story, the more she loses sight of who she is and what her assignment was and starts to lose herself in the new identity that she has created. When she talks to the Islamic State recruiter, she goes from a strong, smart, motivated journalist into a submissive, passive woman who is falling for militant psycho, which sends her down a dark path. Kane portrays Amy’s passion, fear, confusion, obsession, and progression into madness in a performance that will stay with me all through 2021. 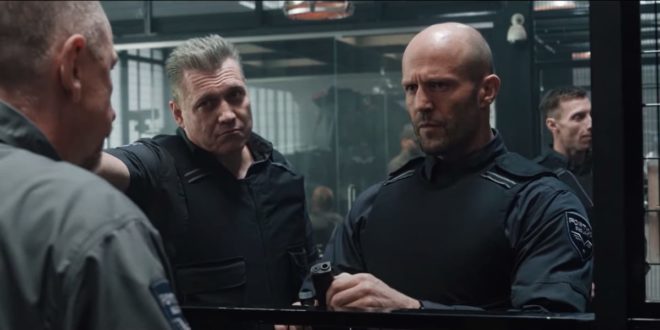 Wrath of Man is a movie unlike anything director Guy Ritchie has made before. A director known for his cockney, hyper-stylized filmmaking has made a dark, brutal revenge crime-drama that plays less like Snatch or Sherlock Holmes and more like Den of Thieves. Wrath of Man looks at a man named H (a terrific Jason Statham), a new security guard at a cash truck company, who unleashes precision tactical skills when his truck is being robbed. The movie unfolds showing who H really is and his motives for working at the cash truck company. This is a bruising, merciless film that never pulls its punches and features a barrage of bullets and thrilling action sequences. Even though Ritchie tones down his usual visual flair, the film still looks really good and the non-linear story adds layers of mystery and excitement. This is one of Ritchie’s best films as a director.

Kitao Sakurai’s hidden camera road movie Bad Trip is one of the funniest movies of the year and a huge piece as to why the film is as funny and as good as it is is because of Tiffany Haddish’s performance. Haddish plays Trina, the sister of Bud (Lil Rel Howery) who is sent to prison after breaking house arrest. When she escapes prison, she finds out Bud and Chris (Eric Andre) have taken her car, her crown jewel she calls her “Bad Bitch”, on a road trip from Florida to New York City. She decides to track them down to get her car back and make Bud and Chris pay for stealing her car. Haddish is electrifying when she is on screen. Though a hidden camera movie filled with tons of hilarious improv, Haddish makes Trina a real character with depth. We see all sides of her throughout the movie. We see her charm and wit when she asks a local cop if he has seen her car while simultaneously hitting on him and asking for his number. We see Trina’s intimidation and scariness when she is grilling the garage attendant who let Bud and Chris take the car. And we see the love she has for her car and her desperation to get it back. Haddish is uproariously funny through all of this and gives the best comedic performance so far in 2021.

There is No Evil

From Iranian director Mohammad Rasoulof comes an expertly crafted and stirring anthology film centered around death and morality amongst Iranian military men. Each story is gripping and offers up something different to the overall theme of death and how it affects a person.  For some, it might haunt and affect them for their entire life.  For others, it’s a duty that they do with honor. Each story is different in its plot and how it looks at its central themes, yet the film as a whole shows the emotional and physical brutality that these Iranian men have to go through. Rasoulof shot the film in secret and because of that, the film is banned from Iran and the director has been jailed because of his film’s anti-government message. There is No Evil is a powerful film and one of the great foreign-language films of the year.

Those were some of my favorite underrated and underappreciated movies and performances so far in 2021. What are some of yours? What movies are you looking forward to the rest of the year? Let me know in the comments or hit me up on Twitter.