Welcome to my column dedicated to the appreciation of physical media supplements: Feature Presentations. The goal of this column is not to say whether a film is good or bad and worth picking up or not—I would like to highlight the discs that go the extra mile and provide film fans with enough tasty tidbits to satisfy even the hungriest of cinephiles. With all that out of the way, today’s article will focus on The War of the Roses Special Edition DVD from 2001.

You might recall from my last article in this series that I mentioned a handful of film distribution companies you could rely on for special features. One of those companies I touched upon was 20th Century Fox and the 5 Star Collection line. I neglected to mention that 20th Century Fox also put together special editions that any cinephile would appreciate. Namely, this article’s entry: The War of the Roses.

You would think that every film 20th Century Fox put on the disc would get a 5 Star Collection release, right? That was not the case, and more often than not, the films came to DVD with a limited assortment of bonus features. Unless the film was a classic, akin to The French Connection or the Die Hard trilogy, or a recent blockbuster like Independence Day, these lavish editions were few and far between.

When one thinks of The War of the Roses, the first thoughts might be vague recollections. It’s not a blockbuster nor are there elaborate set-pieces; it’s a film of a different time. This time may not appear to be that far in the rearview mirror, but 1989 and 2021 are worlds apart. What The War of the Roses represented was a film for adults made by adults. There is no world-building, costly CGI, or sequel bait. Instead, director and co-star Danny DeVito and writer Michael J. Leeson understand the project and crafted the film for the appropriate audience. Kathleen Turner and Michael Douglas anchor the movie with pitch-perfect performances to bring together one film’s finest dark comedies.

As I mentioned earlier, The War of the Roses is an adult film—a dark comedy, which doesn’t scream out, “Special Edition!” Even if it was to get love from the studio, one might assume they’d dump an EPK fluff piece, a trailer, and a handful of TV spots to round out the disc. I mean, when standing alongside films like Independence Day and Die Hard, it would be easy to assume which disc would get the short end of the stick.

Surprisingly, this 2001 DVD release holds its own among the 20th Century Fox 5 Star Collection releases.

Once the menu boots up, you get the first feature of the disc and this is a feature sorely missing from physical media releases nowadays. The menu is a full-motion 3D rendering of the Rose’s residence. In the last decade and a half, releases have moved away from this remarkable feature. Sure, it’s much easier to slap options on a text field or over clips of the film, but crafting an entire rendering for the consumer to navigate the house from the movie is a remarkable extra feature. I know creating a 3D motion menu costs a large chunk of change, but using technology to enhance the home experience is a lost art that I hope will return someday.

Getting to the actual meat of the features, the first is a commentary track from Danny DeVito. DeVito has always come off as very personable and knowledgeable, so it is not surprising that this commentary feels the same way. Mixing his time between nuggets of behind-the-scenes information and reminiscing about the fun times on set, this commentary is well worth a listen. The one caveat about this track is that DeVito’s comments came in 1991 while filming Other People’s Money. Those looking for fresh insight will not find any, but on the other hand, DeVito’s only a few years removed from The War of the Roses, so he recalls a lot of meaningful information. For those interested in the film process or viewers who want to hear Danny DeVito have a ball for two hours, this is right up your alley.

To go with the 3D animated menus, another feature that has gone the way of the dodo is the inclusion of the film’s script. I’m not talking about a BD-ROM feature that you have to put in your computer, but an interactive document that you can toggle back and forth from your player. The amount of space for a script and 3D menus on the same disc shows that physical media releases of today are not shooting for the moon as they could.

Next up is a deleted scenes montage bookended with on-camera comments from Danny DeVito. To begin, DeVito walks the viewer through his office and to the editing bay, describing the reasons for cutting a film down. He states that the first cut of The War of the Roses clocked in over three hours and, while liking the material, he felt audiences would have a hard time with a film over an hour and forty minutes in length. The montage of scenes presented, about 20 minutes worth, represents entire sequences removed—Michael Douglas’s Oliver grows an orchid farm, for example—while others are scene extensions (e.g, more of the sauna sequence highlighting Oliver’s heat struggles). Overall, it is nice to have these scenes to view in their own right, and some of the extensions would be welcome, but they are not essential to an already great film.

Next, we find a collection of stills, broken down into three categories: Production, Visual Effects Props, and Poster Gallery. The most interesting of these lies within the Visual Effects Props category. The photos found in this category showcase the varying sizes of the props used, depending on the shot. It showcases the attention to detail and helps the viewer understand how Danny DeVito used these props to create the style seen in The War of the Roses.

After this, we have a feature called Sketches. There are two options to view: Sketches of the Rose House and Director’s Computer Sketches. What we find within this feature is a handful of sketched outlines for certain parts of the film. The one thing I found fascinating here is how crude the drawings from the computer sketches came out. The Sketches were a welcome feature that I am glad was provided, but did not offer much insight.

Slightly more interesting comes from the feature titled Storyboards. For those unaware, storyboards are drawings to help visualize a scene ahead of time, so the director and their crew understand the shot. For this, we get storyboards and the accompanying screenshot for four different sequences of the film: The Dinner Party, The Dog and Cat Chase, The Sauna Sequence, and The Chandelier Sequence. Each storyboard breakdown features the rough drawing followed by a screenshot from the film to glimpse how the initial vision compares with the final cut.

Rounding out the set, we get four theatrical trailers and six TV spots. And yes, most of the features are found on YouTube; it is welcome to have everything together in a central location. The bonus features fill the disc with everything one could want with a release labeled as a “special edition.” 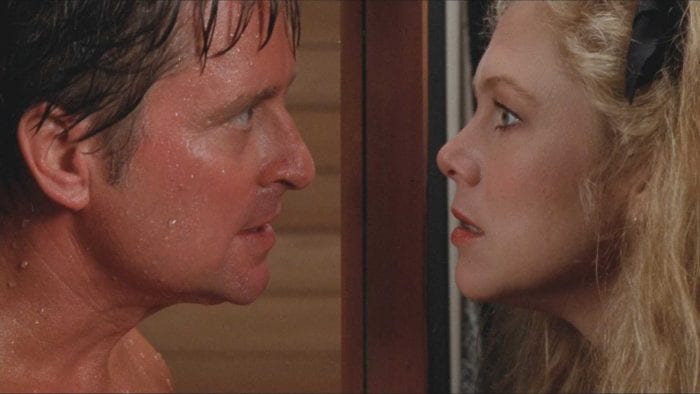 And there you have it. A disc from 20 years ago that could stack up against many releases from this year. I know that The War of the Roses has been released multiple times after this release, but I wanted to highlight the job that 20th Century Fox did with physical media releases two decades prior. Can the glory years of DVD releases return? I hope so. I know I’m not the only one who appreciates the time and care put into a release like this. The War of the Roses Special Edition truly lives up to its name.