If you didn’t already know, Crazy Ex-Girlfriend is my favourite thing on television. Nothing else I have seen can manage to address mental health in such a serious manner, provide an accurate portrayal of someone suffering from BPD, and still be a lighthearted humorous musical! The large list of Crazy Ex-Girlfriend songs have never failed to impress me and outdo themselves in every season.

When talking about the many miraculous songs Crazy Ex-Girlfriend has to offer, I admit, Rachel Bloom can very easily steal the show and appear in every one of your choices. However, there are so many fabulous choices. In this top 10 favourites of mine, I focus on songs that highlight other cast members. Each and every one of them deserves their moment in the spotlight! 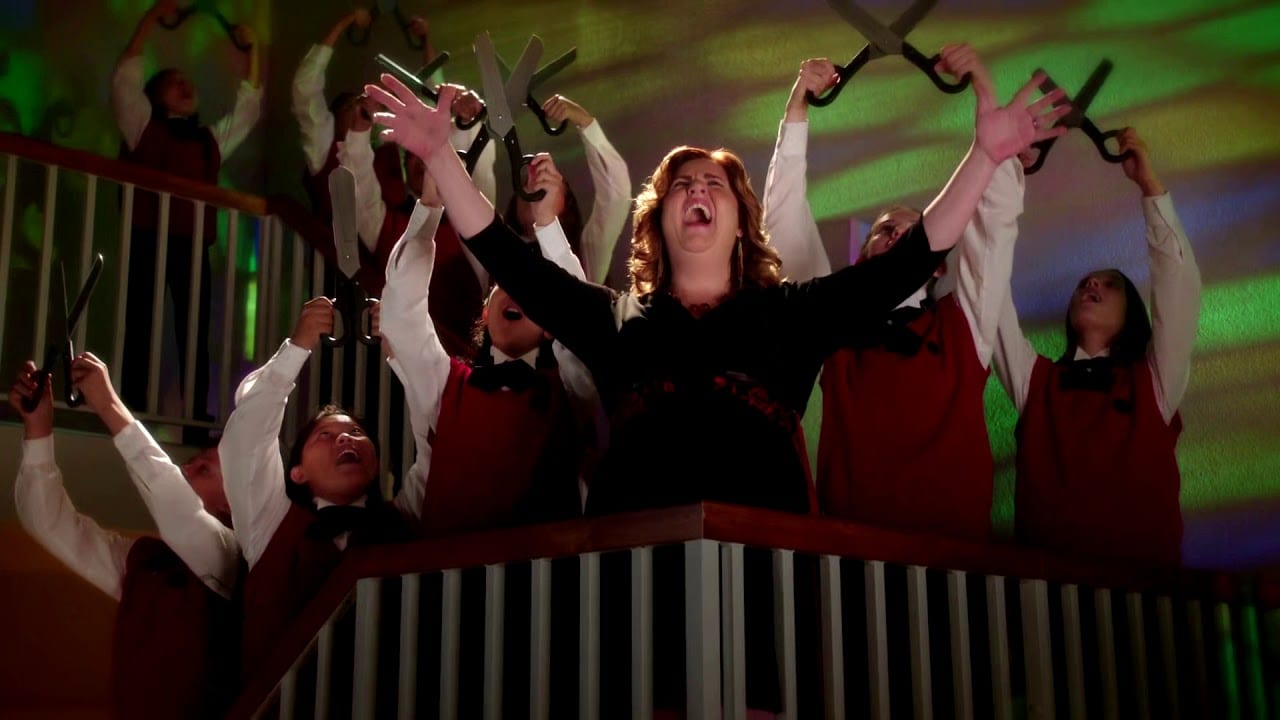 I couldn’t possibly not mention Donna Lynne Champlin first in this list. ‘Face Your Fears’ was the first time we got to experience Donna’s incredible vocal range and find ourselves being blown away by how that woman can hold a note!

It’s the humour of the song that makes it so special to the show, but Donnas voice is the cherry on top. I find myself attempting to sing ‘Face Your Fears’ regularly. You’d be surprised how many silly situations in life will bring that song back into your head.

‘Face Your Fears’ should be seen as a warning that we all ignored when starting the show. A warning that Paula wasn’t good for Rebecca at that time. Paula sings such obvious bad life advice to point out that her encouraging Rebecca to pursue Josh is also obviously completely wrong. Rebecca should have taken this song as her own mind warning her that Paula is telling her to do stupid things. These songs come from Rebeccas head, remember. But because Rebecca is so caught up in Josh herself, she finds herself inspired by this crazy song only due to the fact that she wants to be doing stupid things to find love.

Oh, Santino Fontana, why did you leave us? I’m still mad about it because I was always Team Greg. While I fully agree that Rebecca needed time to focus on herself and her mental state rather than chasing after men, when she finally came to find herself, the person she needed by her side was Greg. He had found himself by that point too. Only he was a different actor now, and while Skylar Astin is a great singer, Greg never felt the same without Santino.

‘What’ll it Be’ was a huge moment for Greg. It let us into his mind. We witnessed his self-doubts and his fears that life is flying by him and he is stuck in a small town with a career he never wanted. Even though I liked him and Rebecca together, this song can’t help but make you have high hopes for Greg and you want him to leave and find bigger and better things. It’s a song that makes you feel bad for Greg, but also a song that makes you think ‘wow, he can sing!’ That’s what makes it such a beautiful musical number, it is impressive and has real feeling behind it. 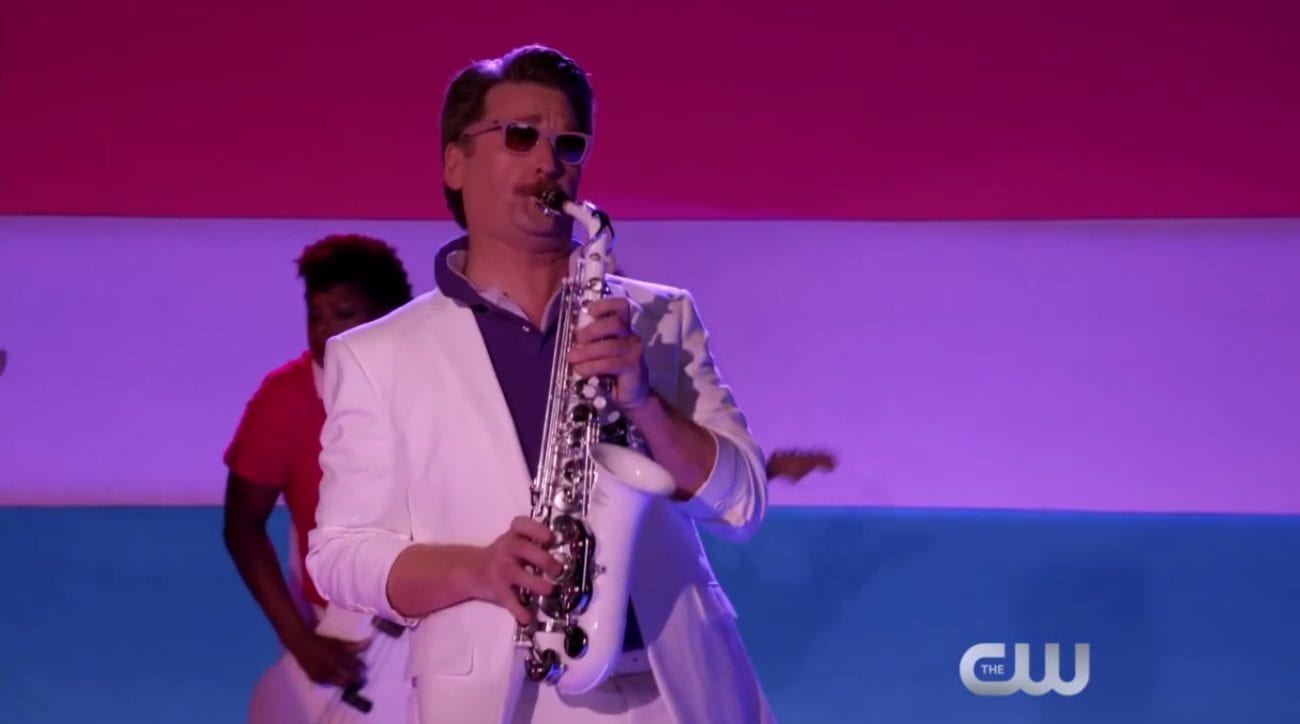 It might be argued that being bisexual myself makes me love this song more than most, but I think that it’s so important. People know what bisexual means, but it’s not often put into the spotlight and addressed so directly, so I’m all about bisexuality representation. In general, though, I think ‘Getting’ Bi’ completely captures the bundle of fun and joy that Daryl (Pete Gardner) is! His character can be extremely under-appreciated at times but he’s a lovable goofball and this song is probably my favourite moment for his character.

I think that the song is special because it’s a song with such an upbeat rhythm that you can dance to. It feels like a celebration of sexuality and freedom. 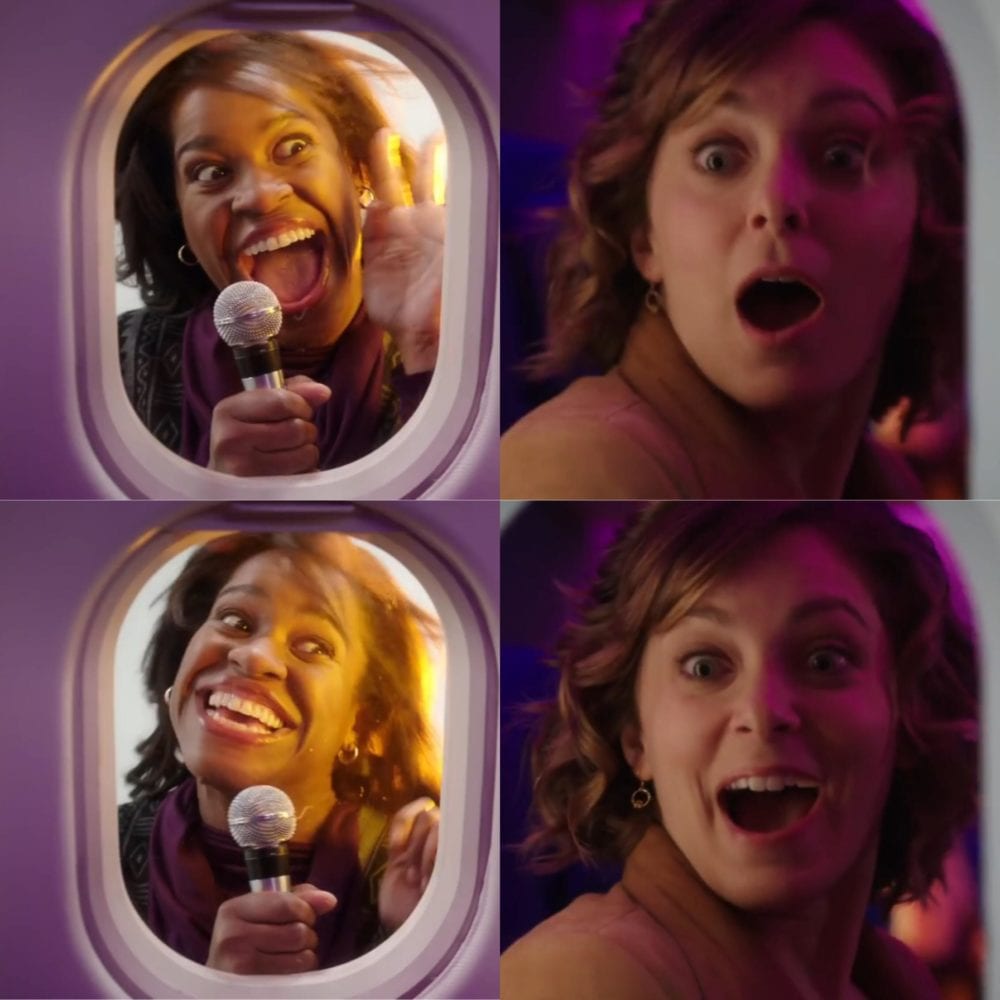 Michael Hyatt! A Broadway star! I love her character, Dr Akopian, on the show, her facial expressions can put anybody in a good mood. I get chills every time that moment comes up in the Crazy Ex-Girlfriend live show where she walks onto the stage for ‘Anti Depressants are so Not a Big Deal!’ But because I can’t talk about that song here, ‘Dream Ghosts’ is the easy choice. It’s an incredible song and it’s all because of Michael. She has such an exciting voice!

It’s a song to loudly sing along to, and Rebecca’s excitement to see these ghosts matches my excitement to hear this song when watching the show.

‘A Boyband Made Up Of Four Joshes’ 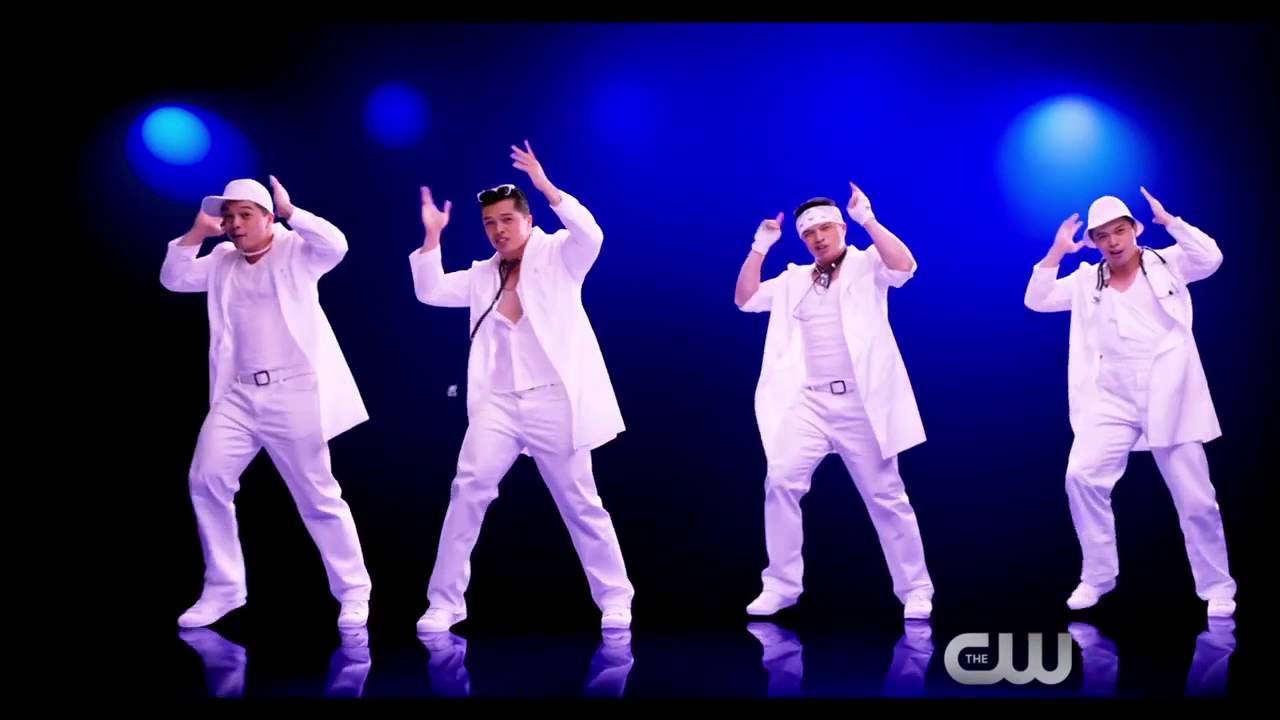 There were so many Josh options to choose from. ‘Ping Pong Girl’ came very close. But for me, a woman who’s younger self had a love for boy bands, this one wins. Vincent Rodriguez III is such a wonderful singer and an excellent dancer, and he is completely hilarious in this song. He nailed his impression of every clichéd member of popular boybands back in the day. This song shines because it shows of Vincent’s ability to sing in different styles. Plus, it highlights his whimsical side that is really the essence of Josh Chan.

The song is important to the story of the show too, because it emphasises on the fact that Rebecca is using her love for Josh as a form of therapy. She thinks romantic love will solve her problems rather than attending actual therapy. Josh Chan is certainly no licensed mental health professional, unlike boyband Josh. 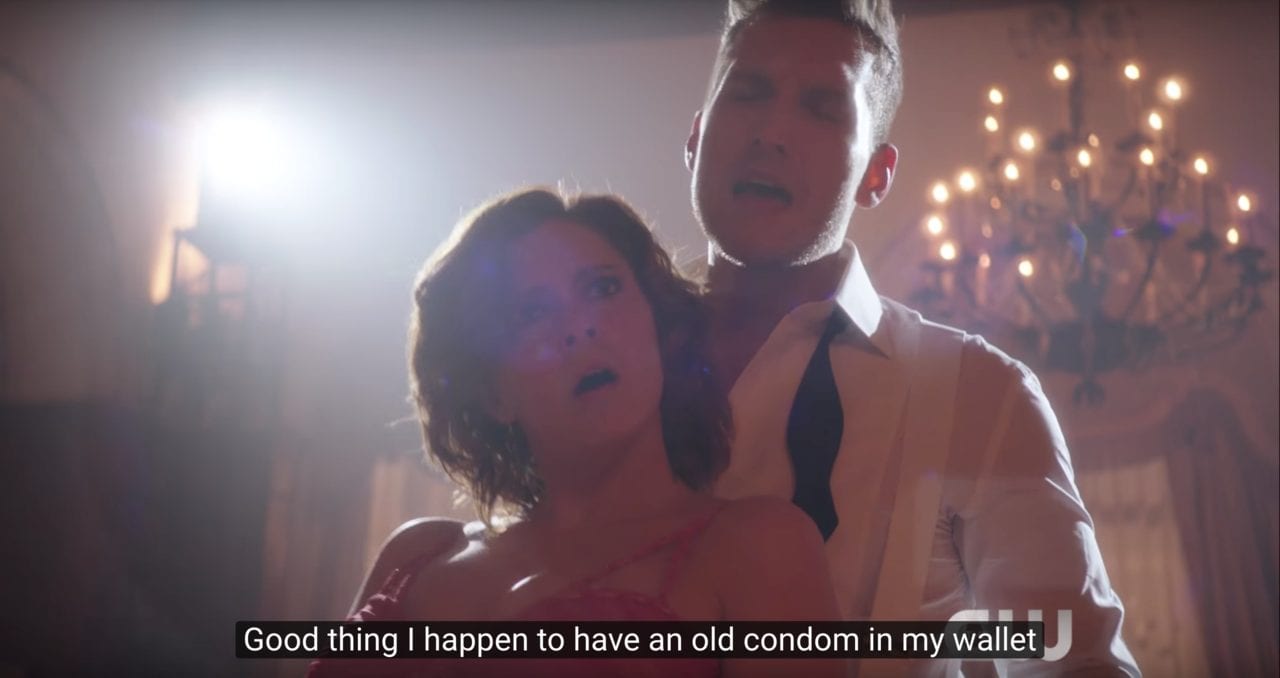 Yes, I understand Nathaniel is being a douche in this song. But that doesn’t mean it isn’t funny and you won’t be singing it three weeks after you hear it. I think that the way that Nathaniel tries to seduce Rebecca in all the wrong ways with minimal effort in this song perfectly mirrors the fact that the entire attraction between the two characters is completely wrong and unexplainable but somehow works out between them.

This song works out too, and has become one of my favorites. It’s great because it’s full of irony. It is a disgrace of a seduction through song, but the tune has an attractive quality to it. It almost works on Rebecca, after all. 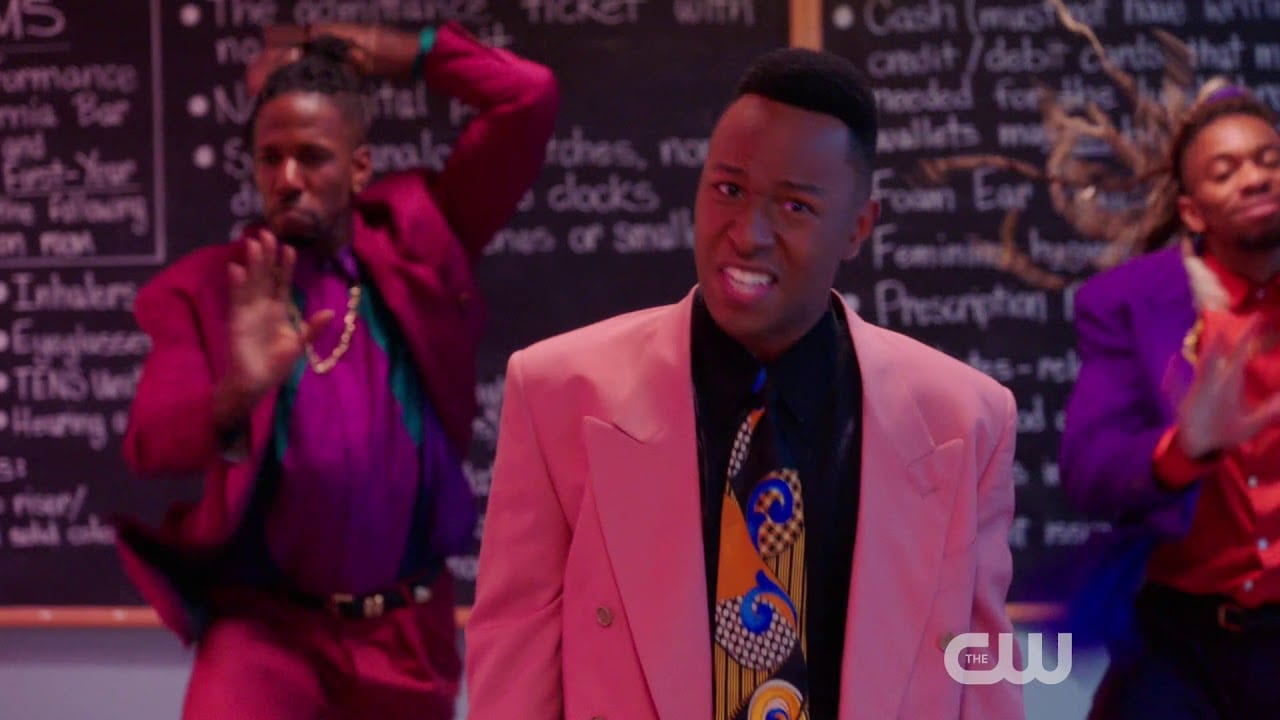 This song is easily in my top five Crazy Ex-Girlfriend songs of all time. I was completely blown away and so surprised at the sensational performance here by Burl Moseley!

Why, oh why, didn’t he have more songs to himself? ‘Don’t be a Lawyer’ might be the funkiest song in the entire show and I find it hilarious to play to people studying or working in law because they all seem to relate, and unfortunately agree.

I just think that this song was so well put together and excellently choreographed. It totally changes your opinion of Jim as a character, too. You probably didn’t feel great about him in the show, mainly because of his treatment towards Paula. I know I didn’t lime him much until then. But see, not being a lawyer changed him for the better!

‘I Want To Be A Child Star’ 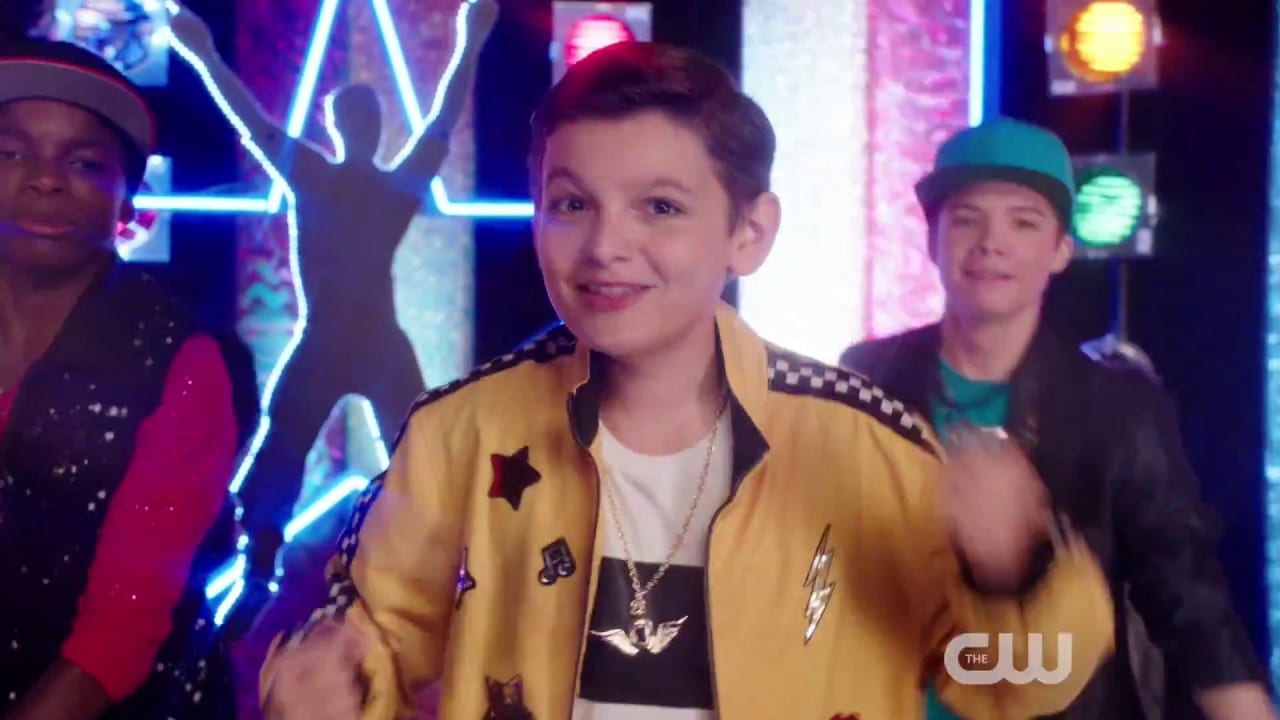 Child Star! While I certainly don’t love that Tucker Bunch shows up and manipulates and uses Rebecca for his own advantage, I do love his performance here in this song!

Crazy Ex-Girlfriend loves to address the real, the dark side of life, and this song is one of the darkest despite being such a fun tune. It digs into the seedy underbelly of being a child star in Hollywood and how these people tend to end up once fame screws them over. It’s ironic too, and sad, that a child star is performing this song on Crazy Ex-Girlfriend, I can only hope that the lyrics aren’t a reality for Luca Padovan. He is such a musical talent and I was completely obsessed with this song from the first time I heard it.

‘What U Missed While U Were Popular’

Another total surprise for me that Danny Jolles finally got his moment to give an excellent performance and show just what he can do! Again, such a catchy song, mainly thanks to Danny’s rap talent. The song also relates to me and i’m sure many others on a personal level. Surprise, surprise, I wasn’t a popular kid. But when you’re not, you get to witness the fact that the non-popular kids are the ones having all the fun!

This song is interesting, the concept of actually talking to one of the guys from the popular group about what was going on in school for the people he never paid any attention to. Then to see Josh realising the fun he could have had and the friendships he missed out on, it’s a touching moment that means something to both me and to George.

‘I Hate Everything But You’ 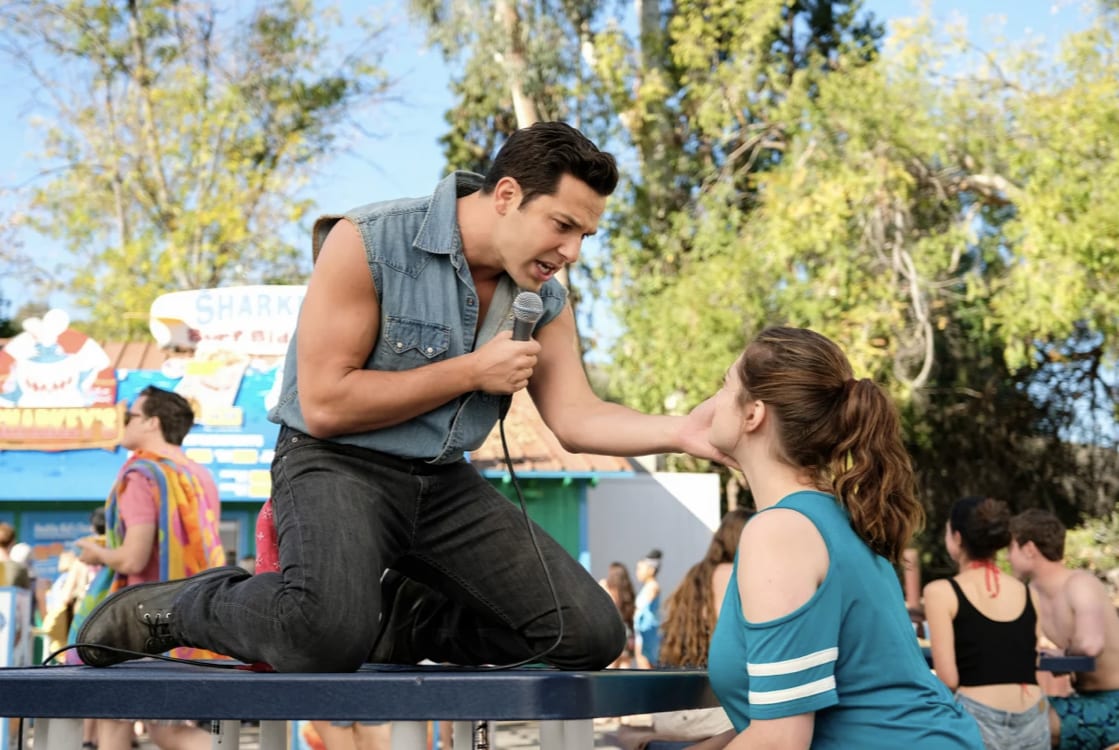 Last, but not least, we have a number from Greg 2. I expressed earlier that I wasn’t happy about anybody replacing Santino Fontana as Greg but that doesn’t mean Skylar Astin isn’t an obviously great performer. He is a very famous performing artist in real life and rightfully so.

This is a brilliantly written and brilliantly performed song in the attempt to re-capture the essence of Greg without the original actor and I love what it turned out to be. It’s an anti love-song love-song. I like the song because of its rock and roll style. I do find myself wondering what it would have been like to see it performed by Santino, as he often sang slower ballads, and this song picks up the pace.