The following contains spoilers for the series finale of Brooklyn Nine-Nine, “The Last Day” (S8E9 & S8E10)

Could it have ended any other way?

After wrapping up almost all of the season-long storylines in last week’s “Renewal”, Brooklyn Nine-Nine‘s series finale—fittingly titled “The Last Day”—wraps the entire show up in the only way it could—with one last Halloween-turned-Annual-Heist.

The only storyline left lingering at the end of “Renewal” was Jake’s future at the Nine-Nine, and  “The Last Day” doesn’t waste any time in addressing this: within the first five minutes or so, Jake admits to Amy the real reason behind his enthusiasm for this year’s heist: he’s decided to leave the Nine-Nine. Since today will be the last day in the precinct not just for Amy and Holt before their promotions, but for him as well, he wants to give the “ultimate goodbye” to the squad, with a meaningful gift planned for everyone he’s worked with over the last eight years.

Jake’s reasoning is certainly true to how his character has grown from where we first met him eight years ago—he wants to support Amy following her promotion, and he wants to make sure to be present in Mac’s life unlike how his father and grandfather were to their respective children—but unfortunately, it highlights the area where I feel Brooklyn Nine-Nine ultimately winds up falling short in its final season. 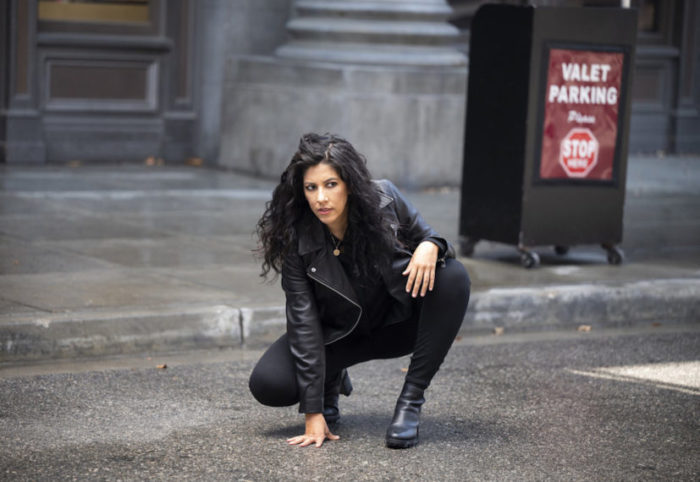 From the beginning of Season 8, Brooklyn Nine-Nine seemed to suggest that we would be taking a deeper look at the impact that the last year has had on our characters, how it might have changed their attitudes towards their job, and the increasing unease people have towards the role police play in society.

Season opener “The Good Ones” in particular focused on this, with Rosa’s resignation from the precinct because she could no longer ignore the problem she was a part of, Holt’s relationship with his husband being pulled apart to the point of separation because of the personal toll the year had taken on him as both a police captain and a black man, and even Jake’s seemingly unshaking love for detective work and police work in general being challenged after seeing just how far the system will go to protect cops from any level of accountability.

These were all fascinating ideas, and Brooklyn Nine-Nine is a show that has received particular praise for how well it has previously handled serious issues while balancing that with the show’s trademark of zany, character-driven humor. But, none of the issues are explored in enough detail in Season 8 to make anything close to the impact that they should have had.

Part of that is just the show’s nature—at the end of the day, it is still a half-hour sitcom and needs to maintain that balance of serious and funny, where “The Good Ones” leaned too hard into the former—but the main issue it highlights is that, simply put, Brooklyn Nine-Nine‘s final season was too short. Ten episodes over the course of five weeks was nowhere near enough time for any of these ideas to really come together or be properly explored. Holt’s therapy sessions with Kevin were never seen, only spoken of; Rosa is still seen frequently enough that it doesn’t really feel like she’s gone anywhere, and even Jake’s newfound unease over his job as a cop doesn’t really feel all that present throughout the rest of the season.

For example, “The Set Up” ended on what should have been a pretty big deal: Jake being suspended from the force for five months after arresting an innocent man and then repeatedly harassing that individual after being convinced that he was somehow being set up. It’s something that, in another season, would probably have led to a three-to-four-episode arc exploring Jake adjusting to his new life, trying to cope with his feelings over his suspension, further bonding with Mac, and eventually coming around to realizing that this might be what he’s meant to do after all.

Unfortunately, this season just didn’t have enough airtime to go around, so instead there’s a single episode taking place during the time of Jake’s suspension—which, notably, places exactly zero focus on said suspension—before the start of the next episode jumps ahead to Jake being back in the precinct. The whole thing happens so fast that you’d be forgiven if you forgot it ever happened.

So while Jake’s decision makes sense and is true to who he’s become over eight seasons, it also feels like a cop-out (no pun intended) that doesn’t let us know if his attitude towards his job has changed at all, and makes what setup there was in “The Good Ones” just feel like wasted potential.

Fortunately, this is more an issue I have with the season itself, not the series finale. “The Last Day” itself is just about as good of a finale as you could ask for, capitalizing on the blend of humor and heart that made Nine-Nine as beloved of a series as it is, and—despite me wishing that the show had explored some of the more serious plot threads hinted at—is all the better for keeping things on the lighter side.

This year’s Heist pulls out all the stops. Several of the deceptions here are certifiably insane—one particularly memorable moment finds Jake getting accidentally knocked out by his fireworks display and waking up in a hospital bed, having supposedly been in a coma for seven years, and in an even more important one, somebody plants a copy of Jake’s resignation letter where Boyle can find it. This leads to the awkward conversation we knew would have to come at some point between the pair about Jake’s resignation, but Jake tells Boyle that after all the growth he has been through over the years, he’ll have no problem continuing to work as a detective even without Jake by his side, leading to a heartwarming reconciliation between the two.

The show also takes the opportunity to bring back some familiar faces to sign us off: Gina, Pimento, Teddy, and—weirdly enough—Mlepnos all show up as part of somebody’s scheming or another. Some of these cameos make more sense than others, but overall it’s nice to see these characters one last time. Plus, “The Last Day” finally delivers on the secret behind Holt’s mystery tattoo—turns out, it’s Kevin’s head on Cheddar the dog’s body. Holt wanted a tattoo of Kevin and Cheddar, and to this day doesn’t know why the tattoo artist decided to combine them.

The odd one out for this year’s Heist, once again, is Terry; he’s sitting things out because this time around, the date of the Heist happens to be the same day as his final interview for the newly open position of captain of the Nine-Nine—an interview which winds up just being part of somebody’s Heist deception. Fortunately, Holt had already vouched for him two weeks ago, so Terry does wind up taking over as captain of the Nine-Nine when all is said and done.

But as it turns out, Jake isn’t the only one who’s trying to give the ultimate goodbye to the squad; Amy has been trying to lure everyone to Shaw’s bar, and Holt has been trying to get them to the warehouse where the team finished their first case with him as Captain. When the squad all wind up trapped in a storage unit together, Terry’s the one who takes charge and gives the much needed “get real” talk: they all want the same thing, but they’re all getting in each other’s way instead of doing what they do best and working together.

The squad makes it back safely to the precinct, where the Heist wraps up with one final surprise: Hitchcock, who had supposedly retired from the force and moved to Brazil, had in fact been spending the last year or so holed up in his van. Then, when Bill came along, Hitchcock had bought the tube containing the grand prize from him for $40, meaning that Hitchcock wins the final heist and is technically “Grand Champion of the Nine-Nine.”

No, it doesn’t make any sense at all, and yes, it’s one of the very few weak points in this episode. Truth be told, I didn’t miss Hitchcock all that much, nor did I feel his character was one that really belonged in the show Nine-Nine was trying to be in its final season. But I guess it really couldn’t be a finale without him, so here he is.

Then, we get the final in-show conversations between crucial character pairings. It’s something that feels almost mandatory for sitcom series finales at this point, but Brooklyn Nine-Nine‘s strength has always been in a cast of characters that felt like they loved each other as much as we in the audience love them, and these final moments are where Nine-Nine really knocks it out of the park. Amy admits that all she wants is for Rosa to be happy, whether that’s settling down with a life partner or not, and Holt tells Jake that he’s proud of who he’s turned out to be, and, calling back to Terry’s initial report to Holt on the detectives he’d have working for him all the way back in the pilot, tells Jake that he’s figured out the one thing Terry said he couldn’t: how to grow up.

Finally, we get a sweet “One Year Later” epilogue that assures us that while their circumstances might change, the squad remains just as connected as they’ve always been, as the result of the final Heist turned out to be so disappointing that everyone involved decided to keep the tradition going.

So, that’s a wrap on Brooklyn Nine-Nine. While the final season certainly had its share of highs and lows, “The Last Day” is about as perfect of a finale as you could ask for. It’s off-the-wall. It’s heartfelt. It gives you that warm feeling that you get from one of those shows where the cast feels like part of your group of friends instead of just people on a screen.

It’s why we love Brooklyn Nine-Nine.