I suppose I was like any other kid. When you boil it down, I was just playing. That is what kids do. They play. It’s true, most boys were out playing baseball, football, or doing some sort of running. I was inside pretending to be on a talk show. I used to frequently guest on The Tonight Show with Johnny Carson. I eventually even got to guest host it. Sometimes, I was the music guest. I played the piano and would perform Billy Joel covers from time to time. Interviewing and being interviewed was my idea of playing “kick the can” or “freeze tag.” You know, just like any other kid.

In 2010 Josh Minton (Author of A Twin Peaks Skeleton Key) asked me to start a podcast with him. I didn’t know what a podcast was. It sounded like some sort of apparatus to help heal a broken bone. I hate technology. I hate social media. I hate learning anything new that involves an app. The fact that I have to tweet, dance, or beg on my twitter accounts to make a living as a writer has always been a sore spot with me. Josh loves everything that is new. If there was an electronic way for Josh to make toast, he’d have that app on his phone before he could mix up the cinnamon-sugar topping.

He said we would call this podcast The Red Room Podcast. He didn’t care about Twin Peaks back then, but knew I did, and he was trying to entice me into doing this by using my addiction. He purchased the microphone, the program and set us up on iTunes, or whatever he used to start us off. I have no idea how it all got started. All I know is he hit record and 200 episodes later I have written books, started magazines, and interviewed and have been interviewed more times than I played as a little kid.

We never were a Twin Peaks podcast, but we always circled back around to the topic. Back then there actually was a podcast called The Twin Peaks Podcast and I had only listened to 45 seconds of it. Josh sent it to me and I hated it immediately. Why the hell would I listen to this? I still am not much of a podcast listener. I have never listened to any of our shows, nor any of my appearances on any podcast. I love listening to music too much to waste any time listening to a podcast. I am in awe of what Twin Peaks Unwrapped, The Diane Podcast and others have done, but I have never tuned in. When some of our episodes topped over all time highs of 18K listeners, I never could understand it. 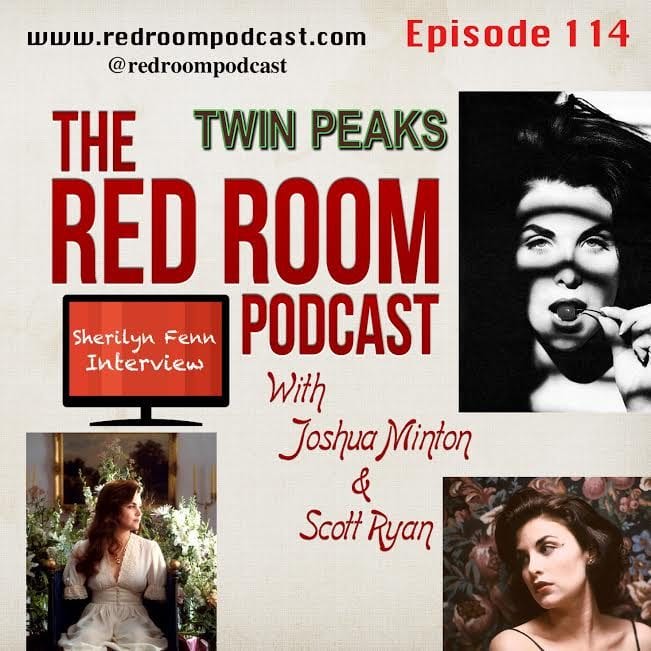 Over the past years we’ve had guests like Sherilynn Fenn, Dana Delaney, Sheryl Lee, Amy Shiels, and the guy who invented the sounds from the Jetsons. I met David Bushman, Courtenay Stallings, Brad Dukes, and John Thorne as guests on the podcast before becoming friends with them in real life. My discussions with Josh Eisenstadt about Twin Peaks are about as deep-dive as you can go. We used to do list shows that would countdown characters, stories, and series with mathematical equations that were as pointless as lists that rank creative art.

I loved getting to interview some artists that worked with Stephen Sondheim on Six by Sondheim, The Sondheim Review, and the Elaine Stritch biography. I was honored to talk with Jeff Lemire about Sweet Tooth and his love for Twin Peaks. I had the nerve to ask Mark Frost about small artists getting cease and desist orders. I had fun talking about how fans are thoughtless and hurtful to content creators like Andrew Grevas. I spoke to the man who inspired me to be a writer, Glenn Gordon Caron (Moonlighting) which turned into my latest book Moonlighting: An Oral History. One time I laughed so hard that I fell on the floor because Josh talked about a plot from a show about a raccoon and rabies. He was very serious about it, but it just struck me as funny. We have honestly had a ton of laughs on the show. It has been fun, educational, and more work than it could ever be worth.

Doing a podcast for over a decade and losing money every year doing it, is something only a little kid would do. A kid who still is playing the same game at 51 that he played at 11. Josh and I will continue, together and separately, to cover what we want. To talk about television, music, movies, and writing because it is what sustains us. We have given the world, which had one Twin Peaks podcast when we started, 200 chances to ignore us in a new world that has hundreds of Twin Peaks podcasts today among hundreds of thousands of podcasts. I have no idea how we were so lucky to get noticed back in the day. I can’t imagine how any regular people make a dent when podcasts now have to compete with super-stars like Conan O’Brien, Alec Baldwin, or Marc Maron. What I loved about podcasting when we started was that it was for small artists like Josh and I. Now money and corporations have taken over. (There’s the proof that I am not a kid anymore, I sound like the old guy that I am.)

On October 5th, Josh and Scott will air our 200th episode of The Red Room Podcast with special guest Andrew Grevas who has an exciting announcement to make about this very website. We are honored that out of the many places he could make his announcement, he chose us. We created a Red Room, not for waiting, but for reflecting where art is at, and where it is headed. As my brother-in-law and friend Josh Minton always says at the end of every episode, “Thanks for watching and thanks for listening.”

I will just add, “Thanks for letting me play.” 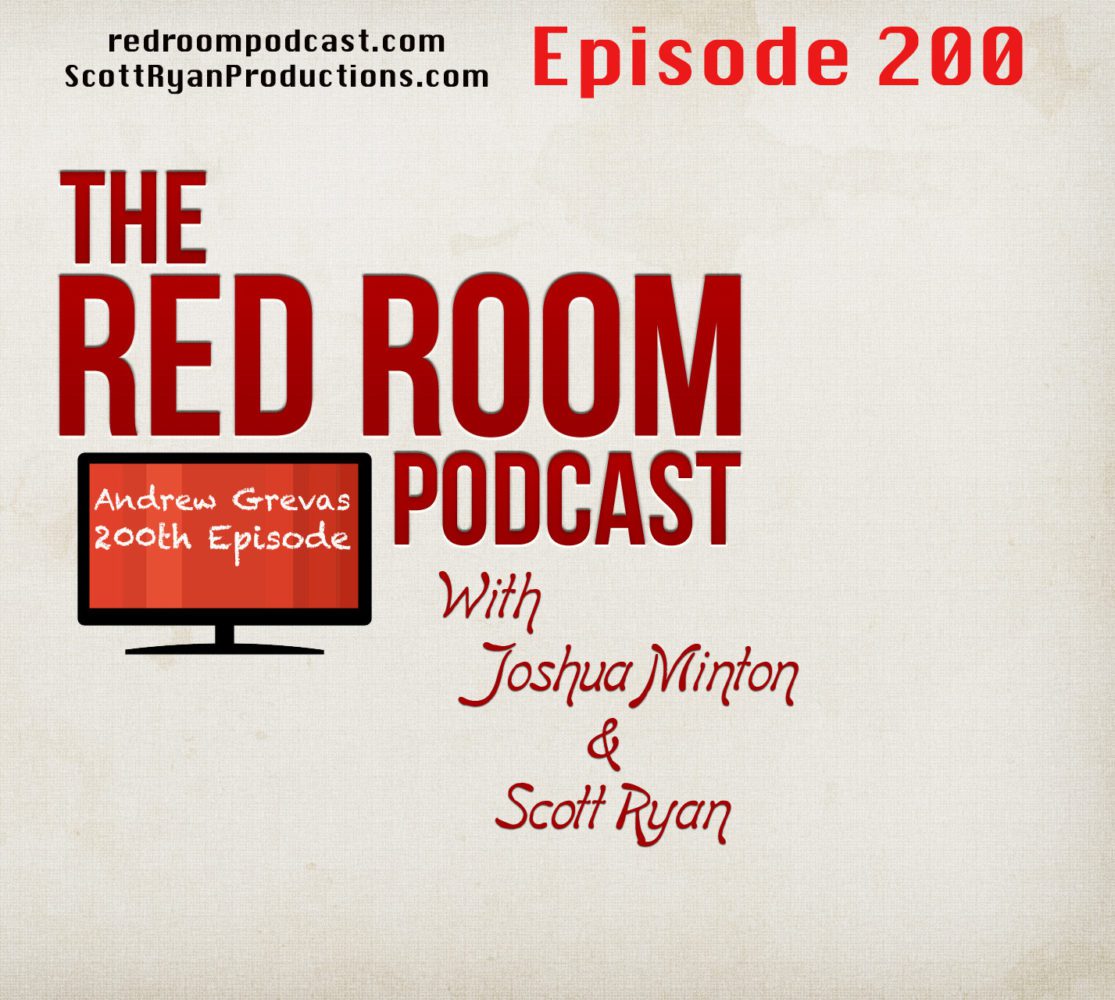 Scott Ryan is the author of The Last Days of Letterman, Moonlighting: An Oral History, the 2022 book Fire Walk With Me: Your Laura Disappeared, and the managing editor of The Blue Rose Magazine, in addition to co-host of The Red Room Podcast.